Haven’t you ever wondered, when watching a horror movie, what you’d do if you found yourself in one of those haunting places? These photographers visited some of the scariest places of the world to shoot some of the creepiest images ever. (h/t)

1. The Old Jewish Cemetery in Prague

This overcrowded cemetery from the 15th century has 12 layers of graves stacked up on each other. Only 12,000 tombstones are visible but there are 90,000 more under the ground.

2. The Hill Of Crosses, Lithuania

Despite being declared by the Pope a place for hope, peace, love and sacrifice it’s still one of the most terrifying places to be at night. How many crosses are there? Around 100,000.

This amazing subway metro station was abandoned in 1945 after getting rid of old trains and metros. It’s still the most frightening place underneath New York but it is only open for occasional guided tours.

These beautiful colorful houses in Sanzhi were travel destinations for US military agents. Many reasons forced this vacation site to close down in 1980. Which turned into an Alien-looking ship. But these buildings were destructed in 2010. 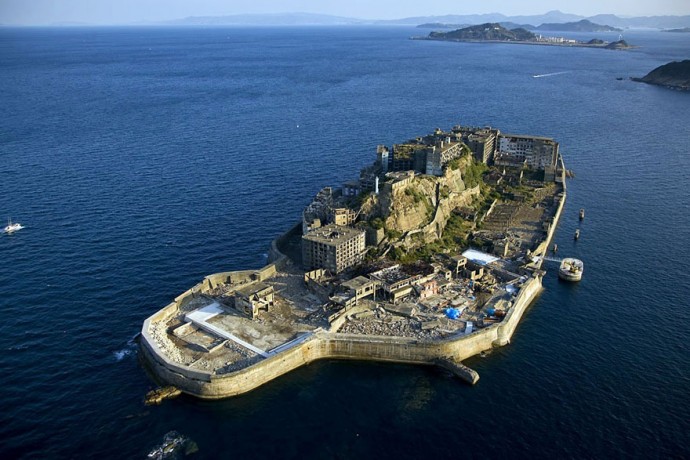 Hashima Island A.K.A Ghost Island in Japan looks like a Zombie camp. History books talked a lot about this mysterious island which has been isolated since 1900.

This theme park opened in 1997, only to be abandoned 10 years later.

Beelitz-Heilstätten hospital complex in Beelitz, Germany remains one of the most mysterious historical medecine hospitals. Adolf Hitler was cured here from a leg wound.

8. Abandoned Submarine Base in Balaklava, Ukraine

This abandoned submarine base in Ukraine was one of the Soviet Union’s most top-secret sites where the most important meetings were made, nowadays, it became a national nabal museum.