Raging wildfires are devastating southeastern Australia. In New South Wales, over 300 homes have been destroyed and multiple people have died as a result of the fires.

More than 1300 firefighters are working tirelessly to control the fires and they’ve saved thousands of homes so far.

But it’s not only human lives that are being affected by the catastrophic fires.

The wildlife is suffering terrible losses as the bush burns. Over 350 koalas have already perished and the number is expected to rise.

In a recent video, a badly burned koala is shown being saved from the flames by a woman.

The poor koala is deeply distressed and can be heard screaming over and over again.

The video is hard to watch. Relief that the koala is being saved is mingled with the stark realization of the horrors these poor animals are going through.

The koala in question was spotted, scared and confused, as he struggled and failed to get himself away from the flames that were burning around him. 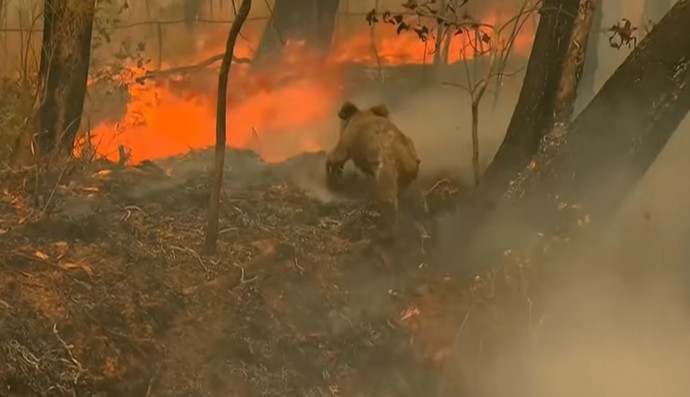 The poor koala was so disoriented that he could not figure out how to get himself to safety and instead headed further into the burning woods. 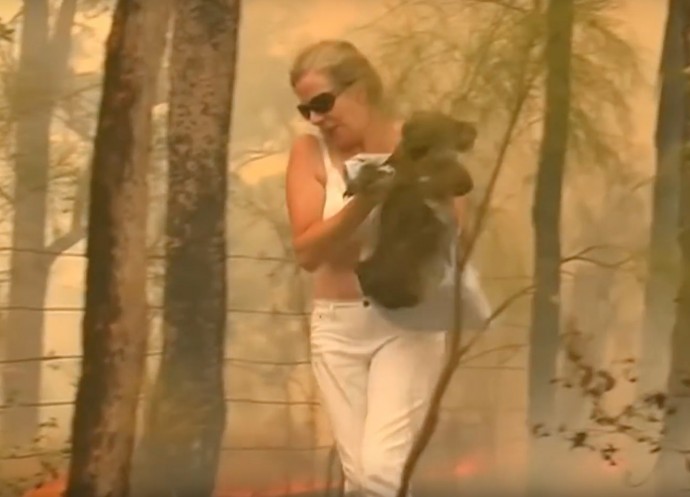 Advertisement
A woman, Toni Doherty, immediately rushed to action, risking her own life.

She ripped the shirt off her own back and used it to pick him up and get him away from the flames. 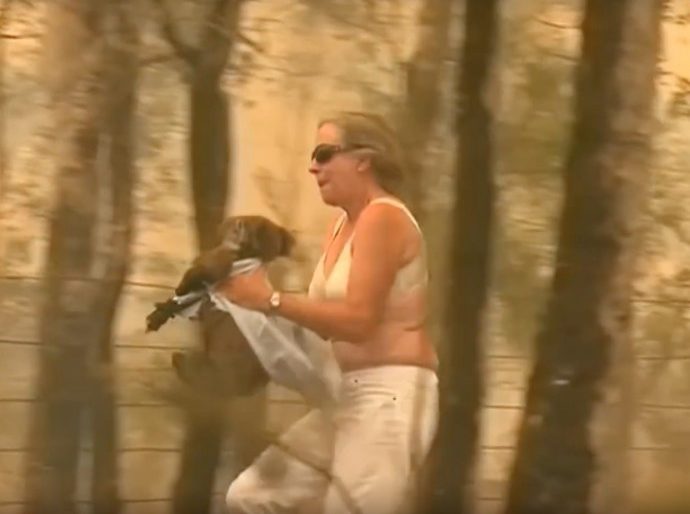 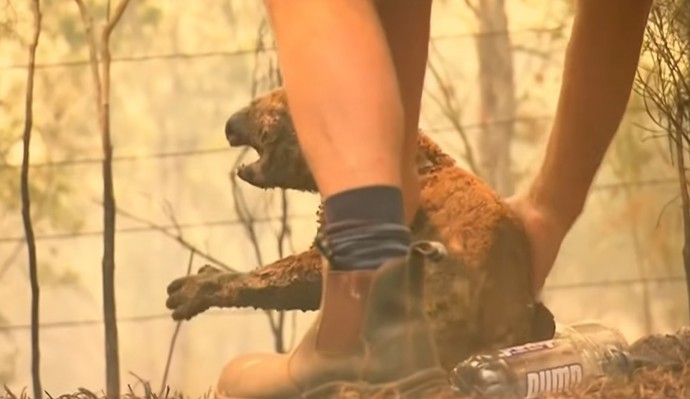 After getting the koala away from the flames, Doherty attempted to relieve the badly burned koala by splashing water on him. She then wrapped him up in a blanket and brought him to the Port Macquarie Koala Hospital. 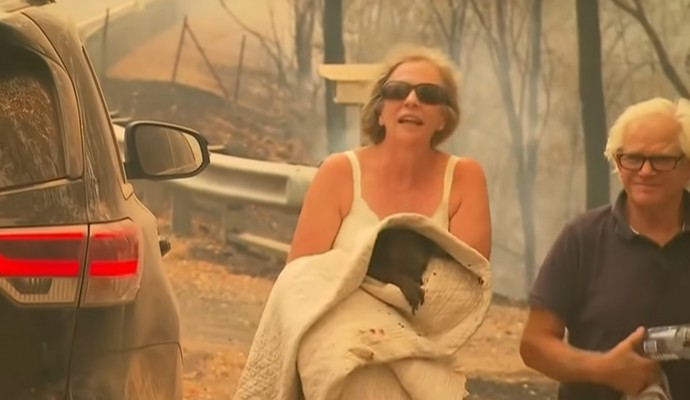 The staff at the Port Marcquarie Koala Hospital have been working relentlessly to help the koalas in their care. At the moment they have 31 koalas being treated.

The koalas need treatment for burns and dehydration and need plenty of rest.

The hospital is also working to provide drinking water for the wildlife to help koalas and other animals.

To help them put up more watering stations they have set up a GoFundMe campaign that people can contribute to. 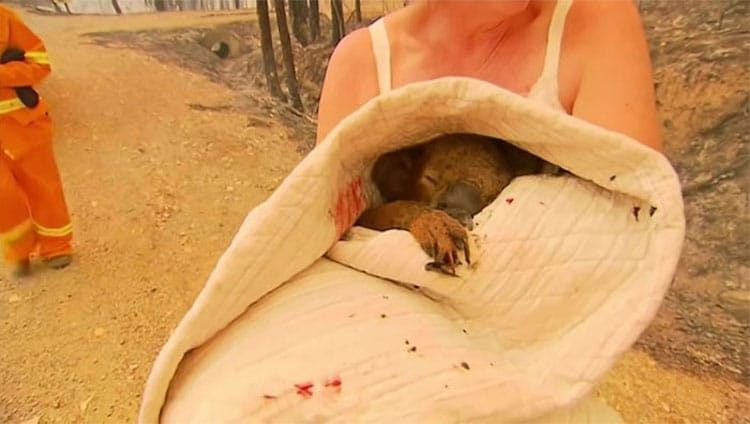 The Koala Hospital has revealed on their Facebook that the koala Doherty saved has been nicknamed Lewis after Doherty’s grandchild.

Lewis is now being well taken care of by the skilled staffed at the Koala Hospital.