Nicole Grimes was only 10 years old when her grandma gifted her with a pup, a Pomeranian-Poodle cross, for her birthday. They spent 4 beautiful years together, but when things changed for their family, she eventually had to part ways with her loving dog. Her dad landed a new home-based job, that required a quiet environment, free from any kind of distraction, dog barking included.
For this reason, when Nicole was 14, her dad brought her beloved Chloe to Washington Area Humane Society, leaving both of them heartbroken.
8 years later, Nicole noticed on her Facebook feed a post about a senior dog up for adoption. The dog’s name was Chloe, she was a Pomeranian-Poodle cross, and was 11-years-old, the exact same age ‘her’ Chloe would’ve been today. Nicole had a strong feeling the senior dog could be the same Chloe she was forced to give up when she was 10, so she decided to go see the dog.
When they finally met, Chloe licked her face like she used to do in the good old days, and Nicole was pretty sure she actually was ‘her’ Chloe. In spite of that, her family wouldn’t believe her, so they took the dog to the vet to have her microchip scanned, and to their surprise, it turned out that senior dog was actually the pup they brought to the shelter 8 years earlier. Today, Nicole and Chloe are making up for the lost time, and Nicole just can’t wait for Chloe to be best friends with her 4-month-old daughter. Take a look at some of their before and after photos, and read the rest of their wonderful story below. (h/t)

Nicole grew up to be an only child. Her grandma though it would be a good thing for her to have a pet dog as a companion, so she gifted her with a pup on her 10th birthday. 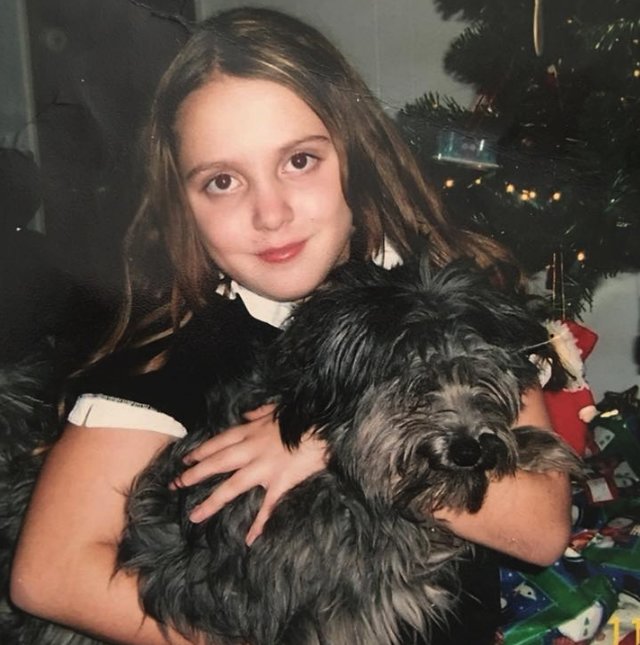 After four years of enjoying each other’s company, Nicole and Chloe had to part ways because of his dad’s new job, that required a quiet environment and no distractions, dog barking included. They left Chloe in a local Humane Society, and since then Nicole never stopped thinking about her lost pup. 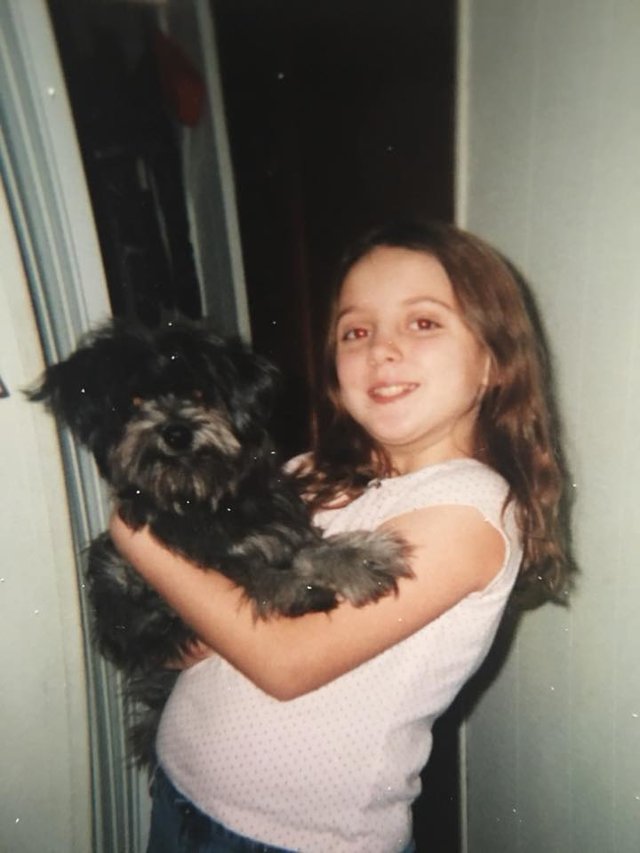 Eight years later, Nicole is married, and has 4-month-old baby girl. One day. while scrolling through her Facebook feed, she came across a post about a senior pup that was up for adoption. Her name was Chloe, she was a Pomeranian-Poodle cross and was 11 years old, the same age Chloe would be today. She had a feeling that senior dog could actually be ‘her’ Chloe, so she went to the shelter to meet the dog. 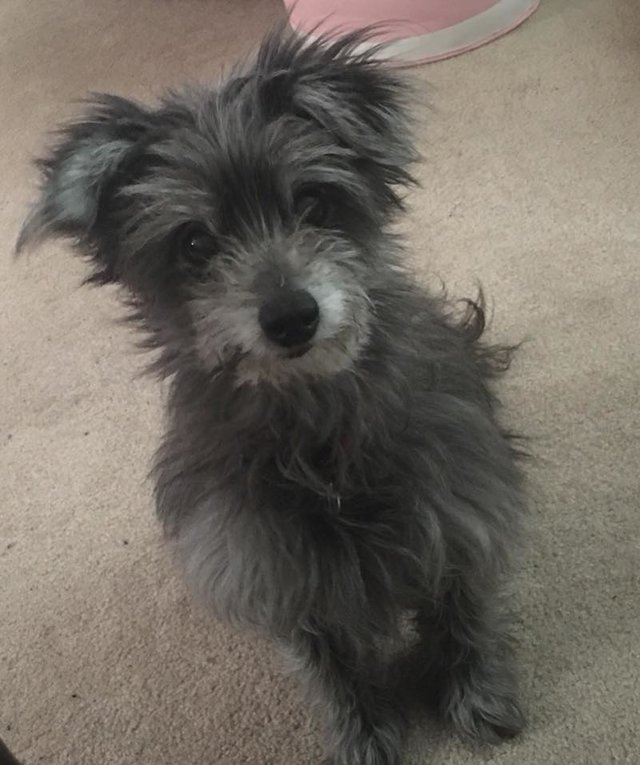 When they met, she was surprised that the dog looked and behaved exactly  like Chloe. 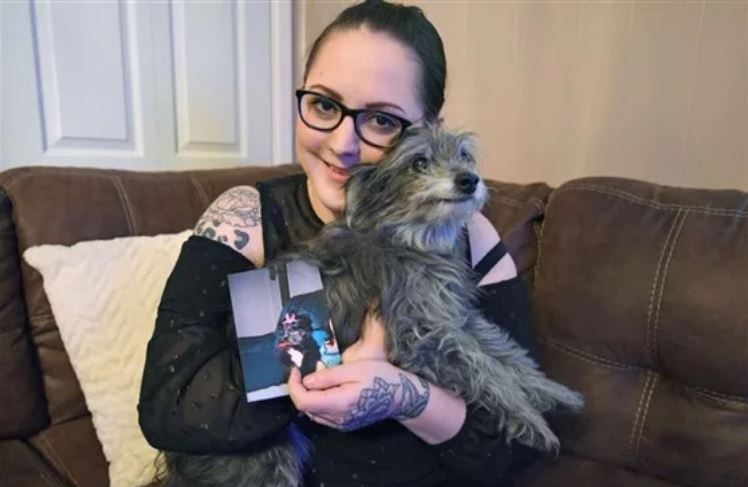 Her family didn’t believe that that dog could actually be their Chloe, so they decided to have her microchip scanned at the vet, and learned that Nicole was right all along: the dog turned out to be her childhood pup. 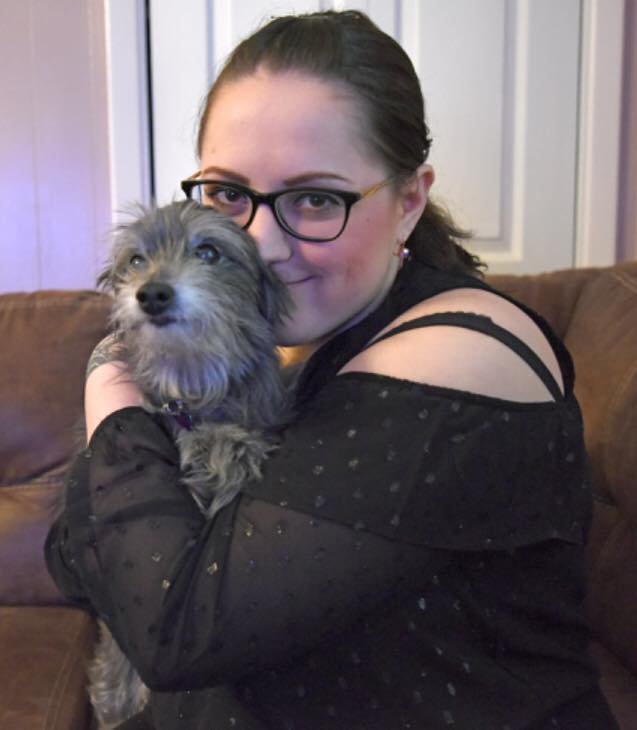 Nicole was overjoyed, she was surprised about how Chloe hadn’t changed a bit. She just can’t wait for Chloe to meet her daughter, and for them also be best friends someday. 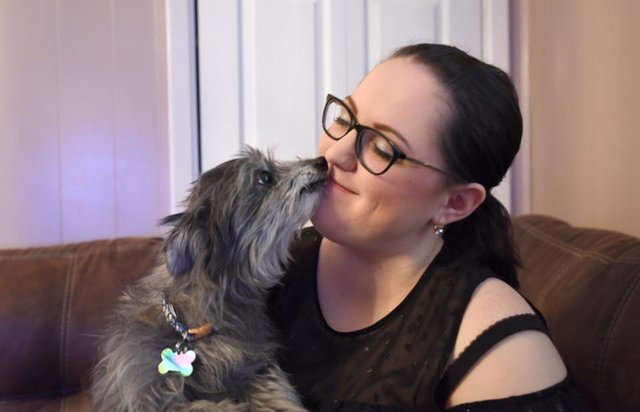 Nicole is grateful to have had the chance to meet Chloe again, especially because her grandma, who gifted her Chloe, passed away three years ago. Now that fate brought them back together, they will surely make up for the time they lost. 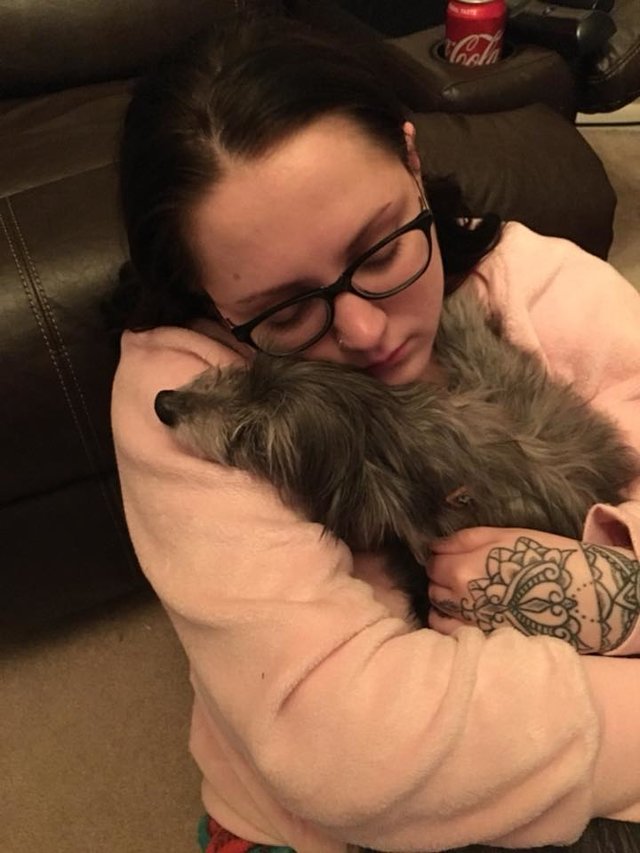