Kayla Eby, a wife from Oregon, posted photos of her and her husband’s conversation about a cute little puppy in her Facebook account. After photos of the said “puppy” were seen by her husband, he tripped out when he found out it was a coyote. Kayla pranked him so good that he began text-yelling at her throughout their conversation calling her all sorts of crazy you could ever think of. Despite her husband being totally pissed, he still managed to be the hero of the day. Now that’s some real relationship goals. In the end, Photoshop was to be blamed.
Touché Kayla, touché.

It all began with a cute little puppy welcomed into Kayla’s home. 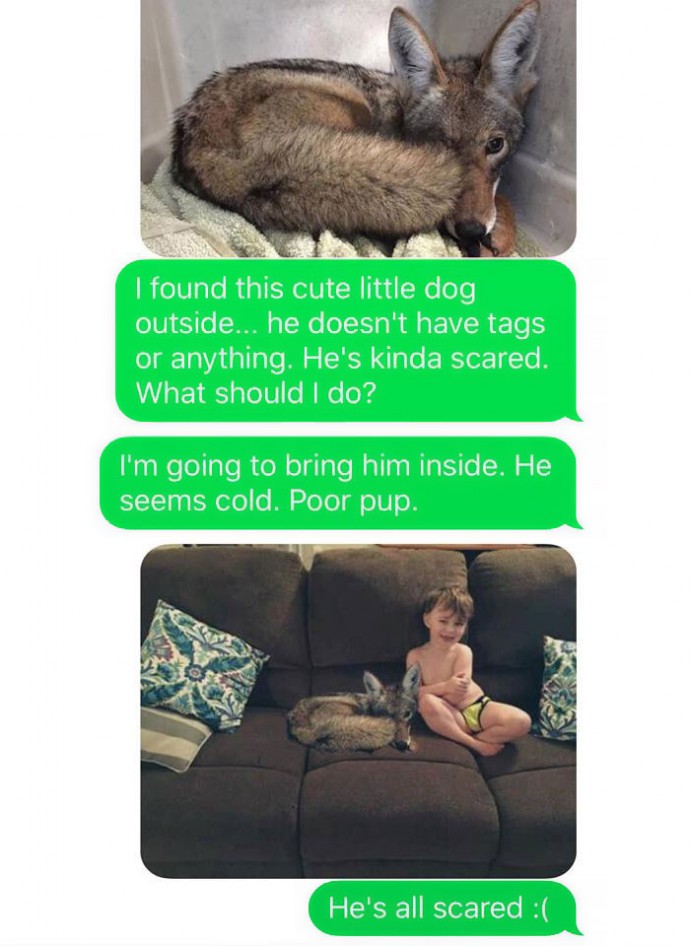 Justin, her husband, started freaking out as he sees pictures of the coyote in his home. 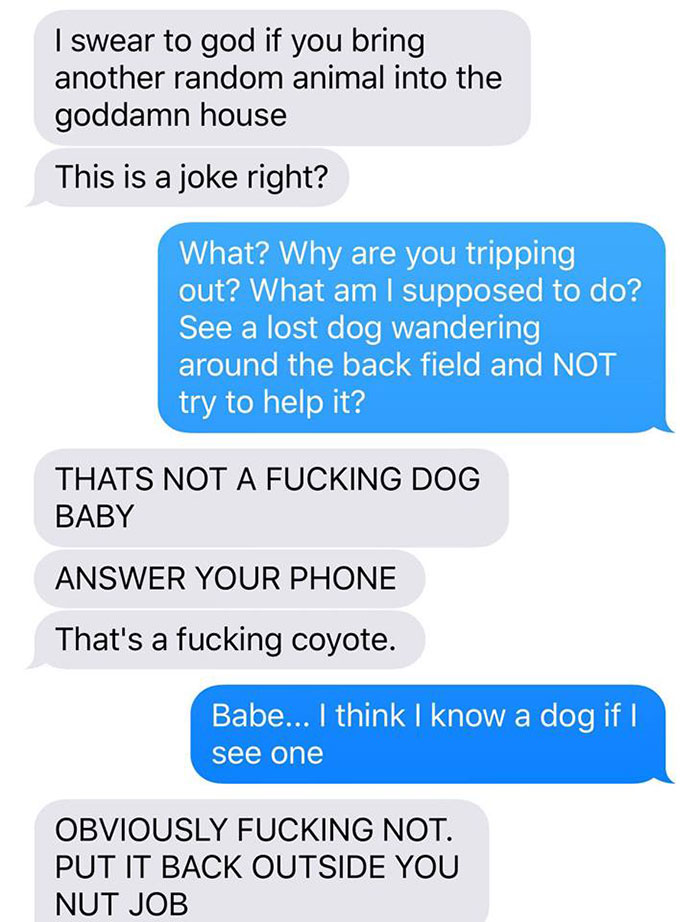 The tension builds up as Kayla asks to keep the coyote. 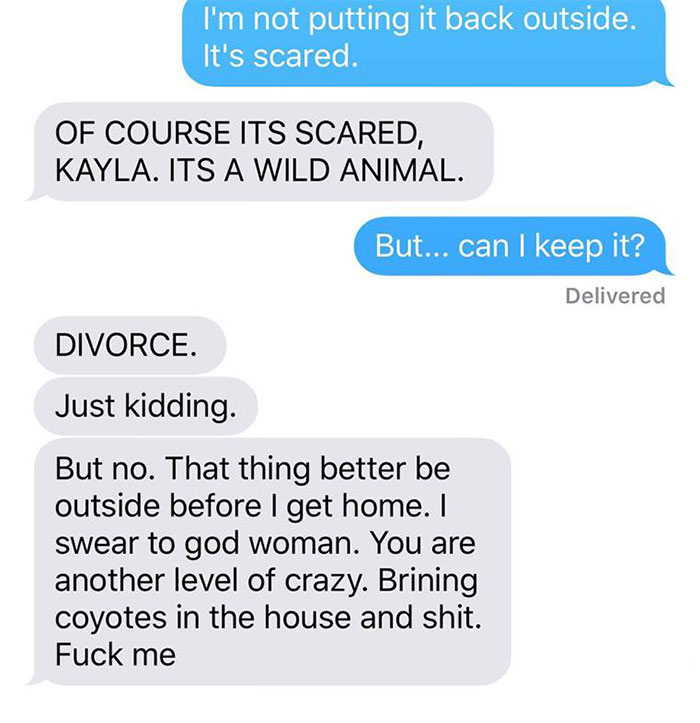 Kayla stays in character while insisting to keep the coyote. She got it all figured out. 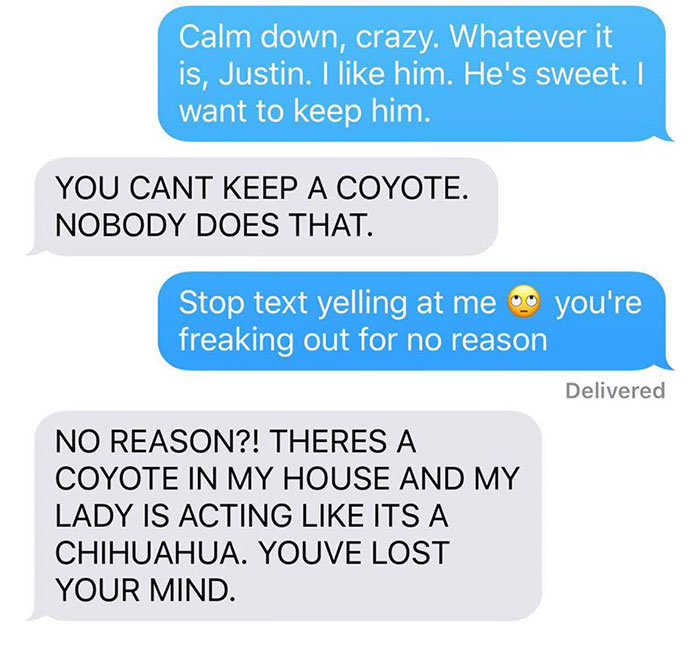 Justin continues text-yelling at Kayla convincing her that it is not a dog. 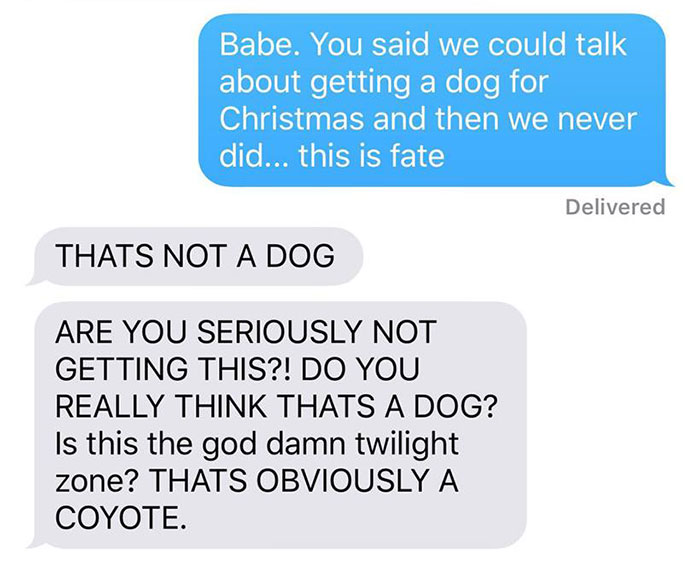 Justin is seriously losing his cool. 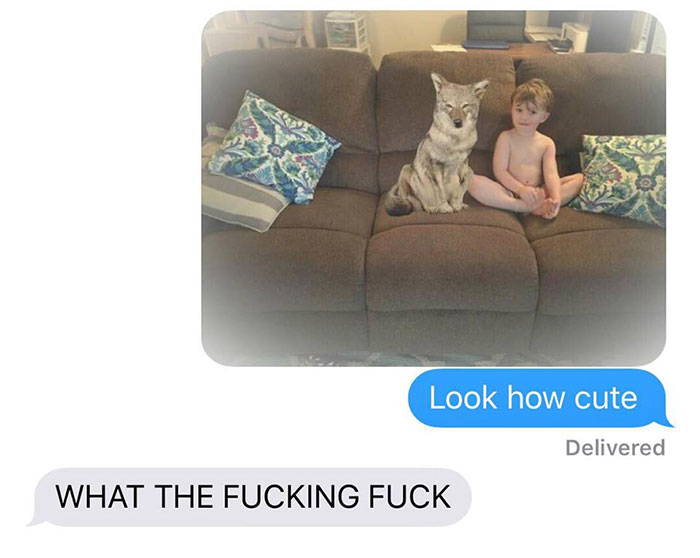 Now, we see elements of the past and the future. Justin is definitely losing it. 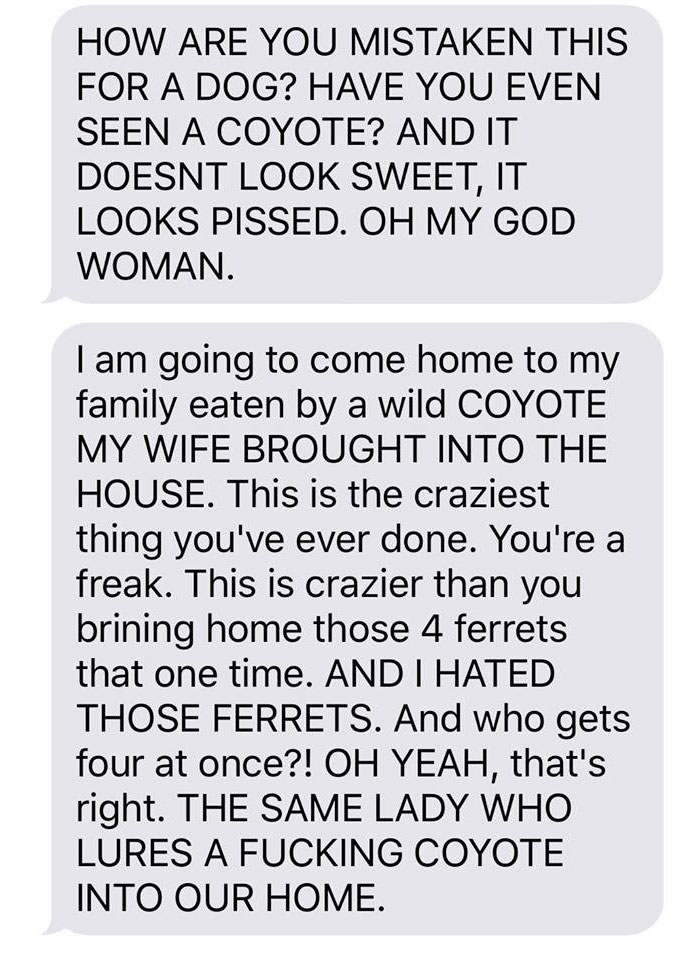 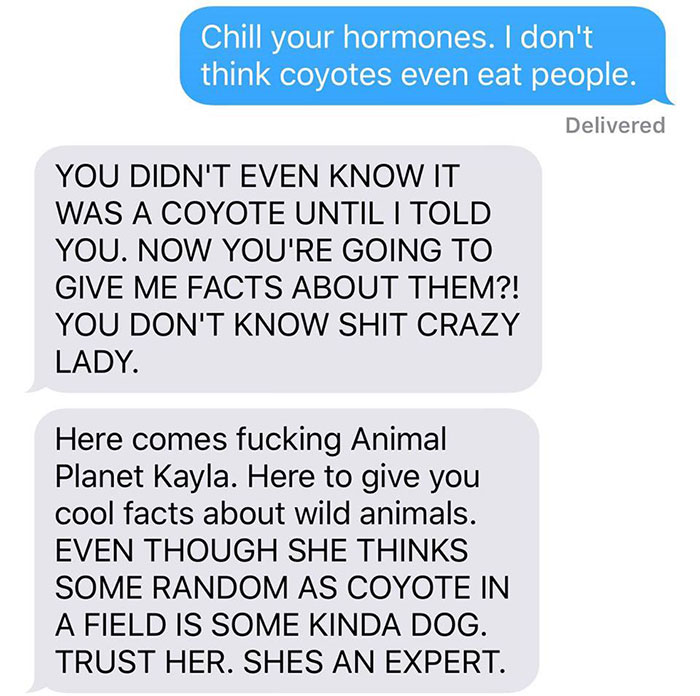 Kayla innocently thinks that Spot is acting weird. They may be in big trouble. 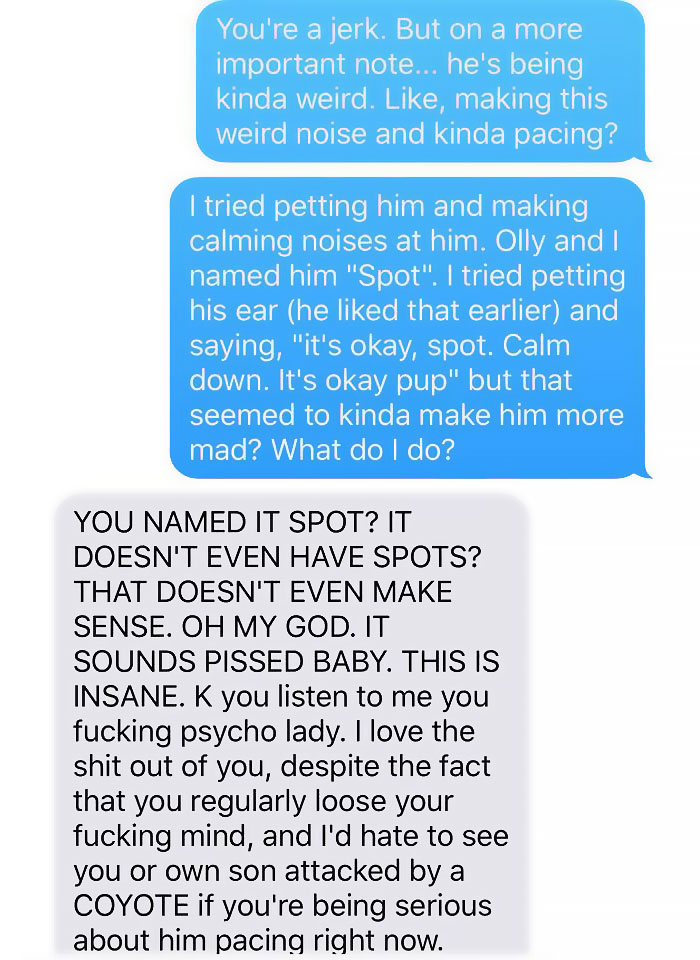 Justin to the rescue. 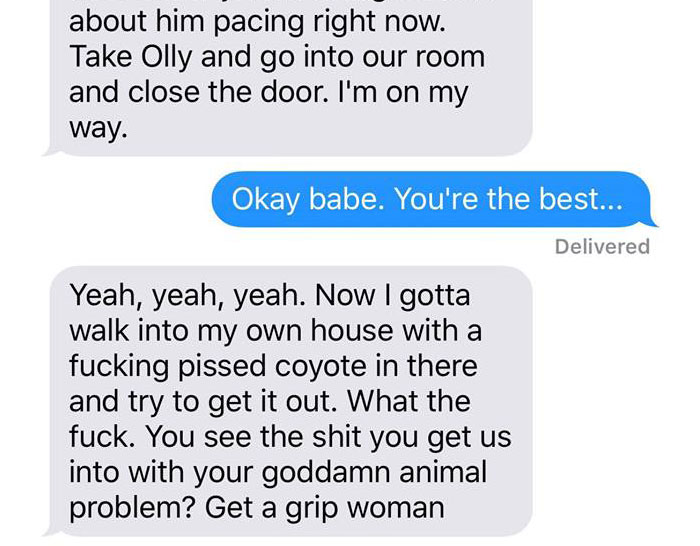 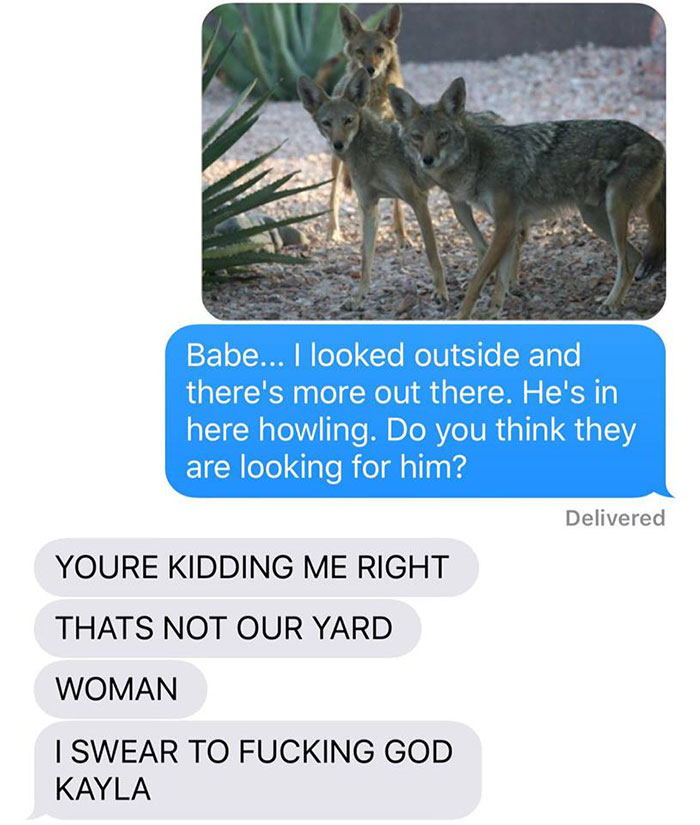 In the end, Kayla proved how loved she is and how Photoshop is to blame. Justin, you’re the man. 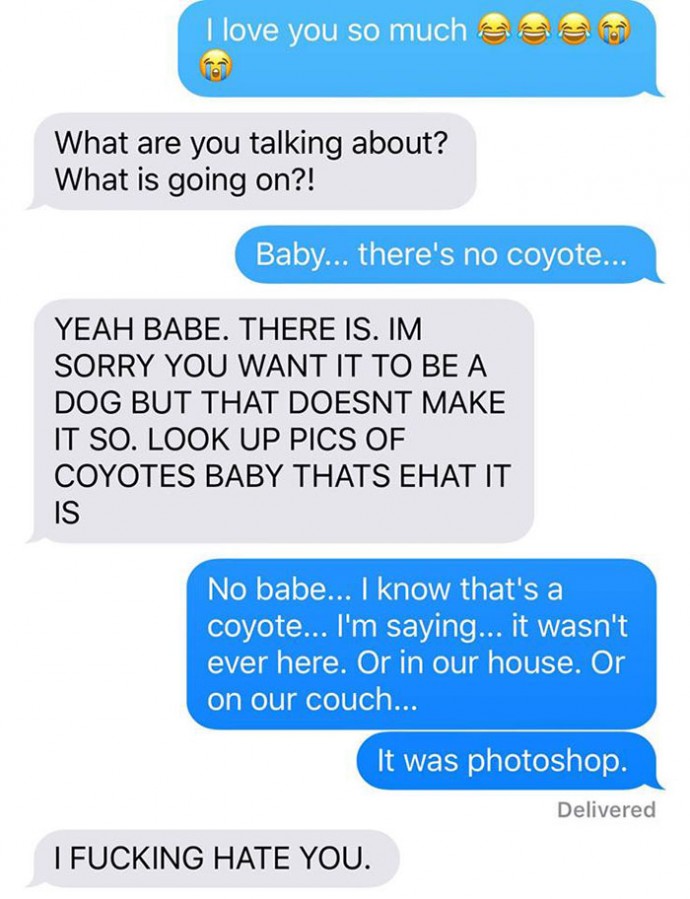