Gus Petro is a Swiss photographer that in 2012 traveled across the United States looking for something new, he was looking for a feeling, an inspiration to represent in picture.
He found that in two places 2.500 miles far from each other, two of the most popular emblems of the States apparently opposite in their appearance.

Gus was captivated by the pulsing life of New York city, the most recognizable and photographed city on the planet opposed to the peaceful majesty of the Grand Canyon, one of the most unbelievable natural wonders in the world.

What came out from this merge are the photos featured below, gathered in a series named “Empty, Dense, Merge”, where we can see a fantastic scenery in which chaos and silence are blend together in an impossible cityscape with New York placed inside the incredible location of the Grand Canyon, a contrast between a city where apparently everybody wants to live and a place that is unlivable instead.

Take a look at Gus’ website here if you want to see more of his work. 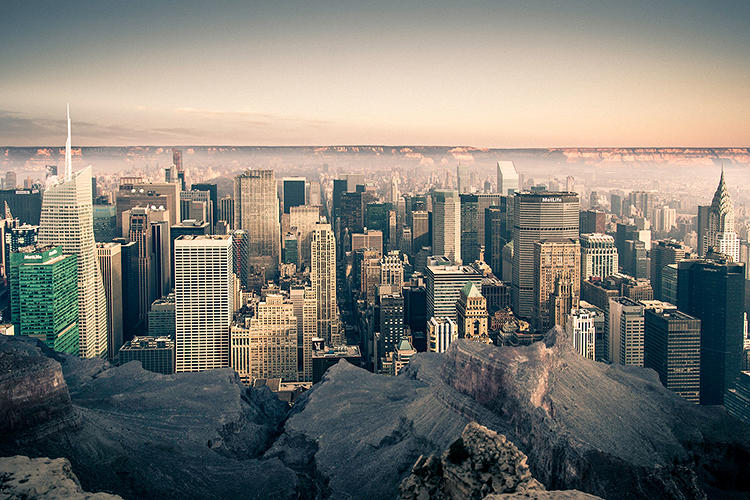 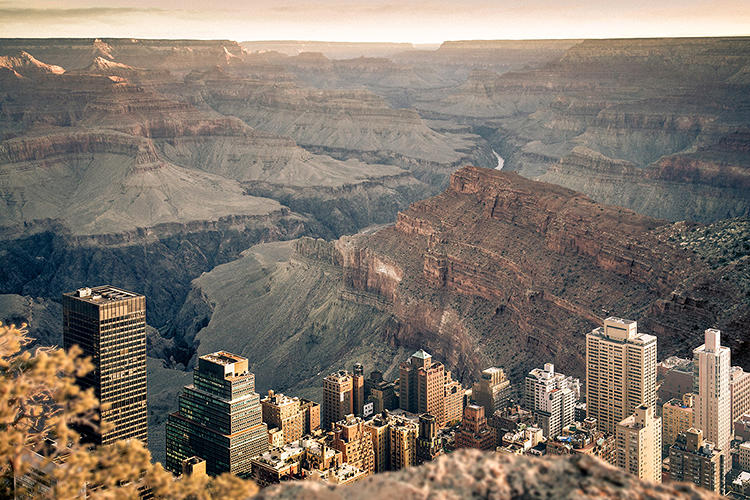 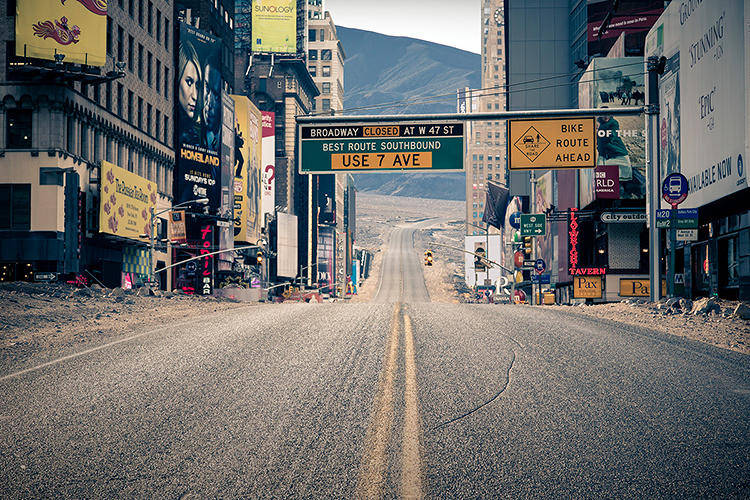 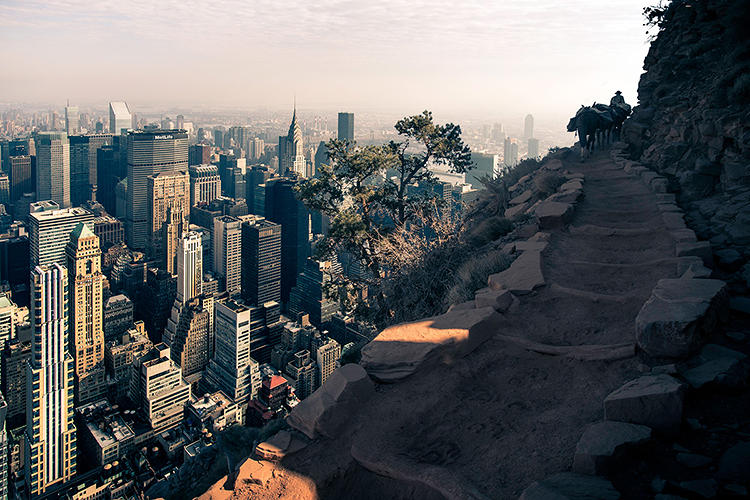 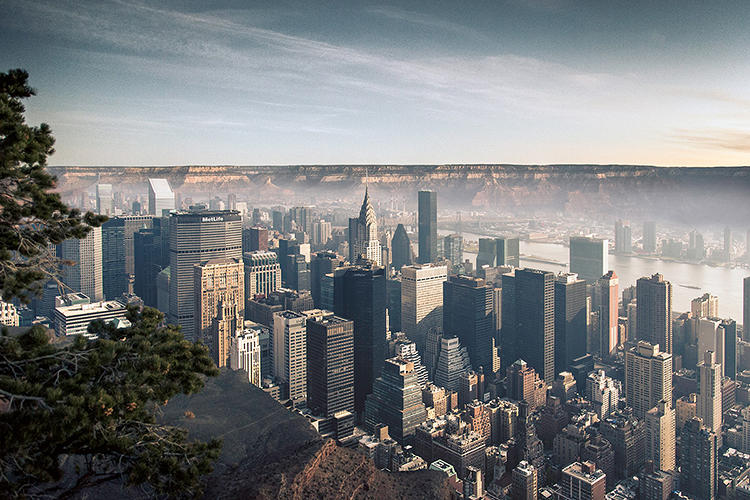 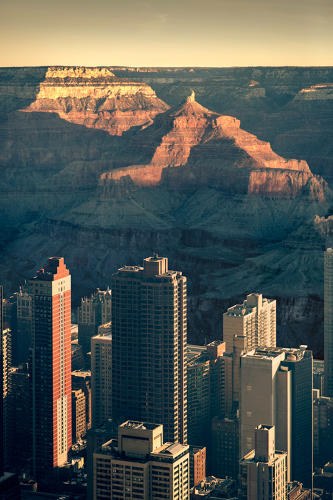