America is one huge country, which is so diverse and full of different cultures, sometimes unusual things can happen. It is also nothing surprising to learn that one of the best ways how you can learn about the culture is to take a bite of their traditional dishes. But with America, it might seem like a bit of a problem, just because it is so multicultural.

There are a few dishes that can bravely be called real American traditional ones, and bellow we, and our friends from Travel Ticker, are going to share seven of those, you probably haven’t even heard about. These meals are not only real American and hard to find in other nations, but also kind of weird and usually considered as being one of the strangers things tourists see in the United States. 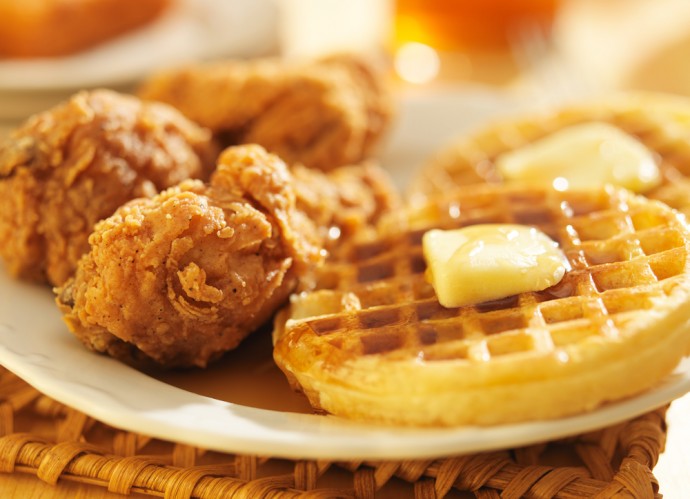 It sounds not so appealing at first because one part of this dish is made from meat and it pretty sour while another one is considered to be a sweet breakfast meal. However Americas love this, and you can order this meal in many fast food restaurants easily.

What is even better (or worse – it is your call) that usually this dish is being served with maple syrup, and some might not hesitate to dip their chicken wings in it for more flavors. Weird for outsiders, but definitely loved by locals, this dish is truly one of the weirdest. 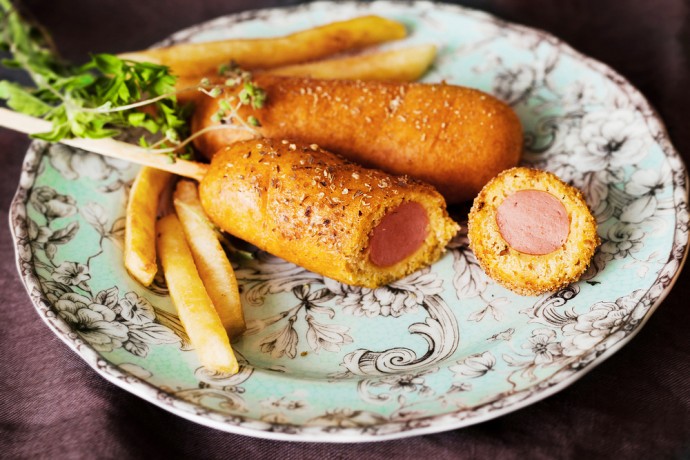 Advertisement
Corn dogs are surely one of the most unprecedented traditional meals Americans invented. In fact, Americans are the only nation in the world who eats this dish.

Corn dogs are a pretty common at street carts, fairgrounds, and parks, but most of the world still consider this meal kind of weird, as this is just a hot dog dipped in batter and deep-fried. Stranger still is when such snacks are soaked in ketchup and mustard before being eaten. 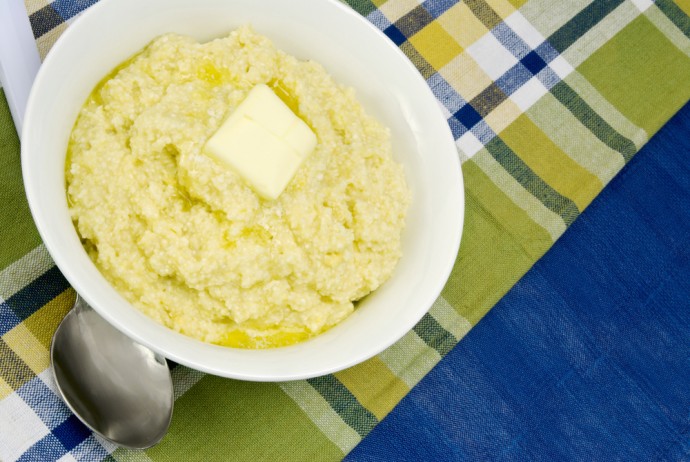 While preparing for this article, we found tons of lists where grits were mentioned as one of the weirdest and hardest to understand American dishes for foreigners.

This dish is primarily made from corn kernels boiled in milk and is usually enjoyed mushy. Locals often add a bit of butter (and/or), cheese, and gravy, so the texture and the taste are quite difficult to tell. But Americans, for some reason, just love this mess, and they do use it as a side dish near meat too. 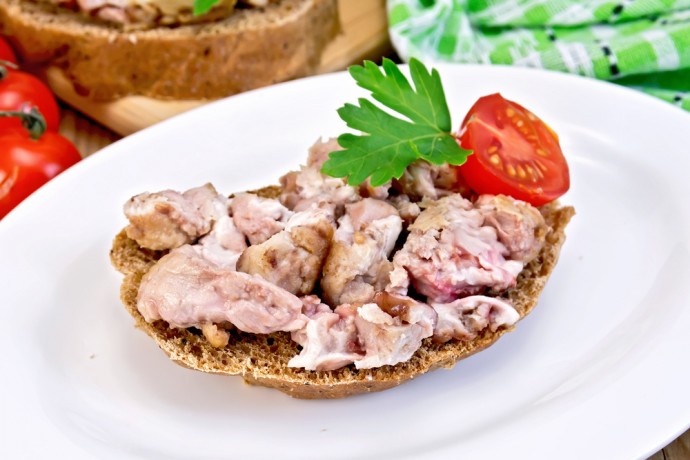 Advertisement
Let’s get a bit serious with bizarreness and let us introduce to you one of the weirdest dishes America can offer – the brain sandwich. Indiana is the home of this unusual dish, and surprisingly they are pretty proud of it too.

Deep fried cow’s brains (sometimes from pigs too), date back all the way to the Dutch and German pioneers who used every single thing they had at that time. That is easy to understand – sometimes the lack of food might make people improvise a bit and use parts of animals many of people today won’t consider being eaten. However, even today in the Hilltop Inn in Evansville, you can order this sandwich and taste real brains!

Alaska, one of the coldest places on Earth, is another contributor to a list of strange foods found only in America. Their traditional smoked bear definitely is worth your attention, and perhaps even a bite.

In fact, the black bear is full in a lot of food value, is low in fat, and is a great natural resource for food and other perks if you are a pretty great hunter. Therefore, native Alaskans hunt this massive and very dangerous animal and use everything the bear has – apart from its liver, which Alaskans do not eat, because of deadly vitamin A dose in it. 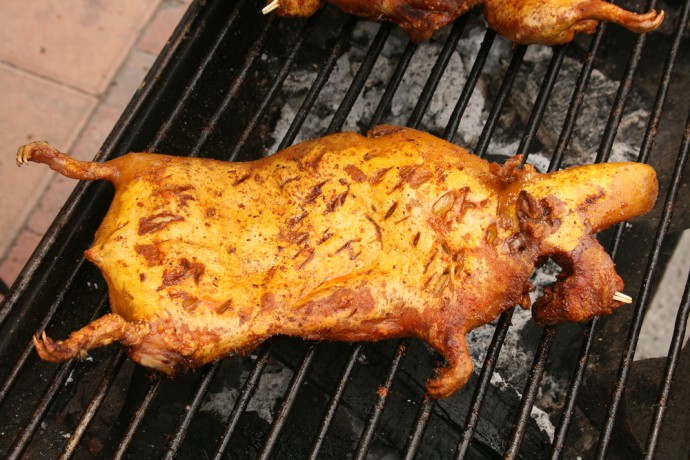 If you ever had a beloved guinea pig pet, sorry! This course that actually originated in South America and is still pretty popular among Peruvians nowadays is a beloved dish in a few places around NYC.

However, no one actually calls the meal as a baked guinea pig and chooses to label it “cuy,” only because it reminds people of the sweet little furry animal they are going to eat. Many people, at first, didn’t think that such dish can adapt, but now it has grown to be a good example of the oddest American foods people truly enjoy. 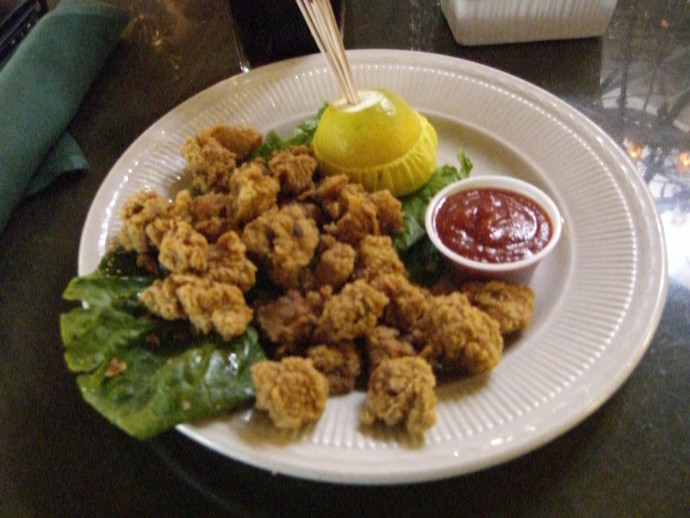 Advertisement
Finally, simply – testicles. Deep fried testicles, which were chopped before cooking it, are pretty popular in the Western part of the United States. Although, it might get hard to find them, actually, because usually they are hiding under the Rocky Mountain Oysters title, which does not resemble the real essence of this meal. Why they are known as that is pretty easy to understand. However, deep fried reproductive organs are so widespread and loved, that there is even an annual carnival in Montana to celebrate it. Thus, you are totally welcome to stop by there too and enjoy something truly bizarre.

Clearly, these were all incredible dishes that capture the real essence of America. The sad part is that you might only get a chance to taste them in particular regions, so a gastronomical road trip across the United States might be necessary. So, get on the road!