Being a vet is an incredibly noble profession and we’re so thankful for the amazing people who give their all to save the lives of animals.

Being a vet can be wonderfully rewarding, but it can also be incredibly taxing – both emotionally and physically. Knowing that an animal’s survival depends on you is not easy. Especially when it looks like they might not make it.

And when little Taka was taken to the Care More Animal Hospital for emergency care after just barely escaping a house fire, veterinarian Emily Martin wasn’t sure if he would survive.

Taka had been caught inside the screened-in porch of his home when the house caught fire, and his family had been unable to get to him and save him.

Taka had eventually managed to fight his way through the fire and get out alive, but he was badly burned in the process and needed immediate care.

At the hospital, several vets worked tirelessly to keep him alive and treat his injuries and thankfully he pulled through.

His eyes had been damaged beyond saving, but he was going to live and in the end, that’s what matters.

When Taka’s family were informed of the extensive medical treatments Taka would need going forward, they realized they would not be able to provide him with the care he needed, and so they signed him over to the hospital.

Martin assumed responsibility for Taka and stayed up with the poor pup all night, as he couldn’t sleep due to pain and anxiety.

The next day, both Martin and Taka were exhausted after the long, wakeful night, and ended up falling asleep together in one of the kennels.

The picture of the two of them sleeping says more than words ever could.  The love and dedication Martin showed Taka, and he comfort he drew from her even in his darkest moments, is painfully beautiful.

The powerful picture has touched many hearts. 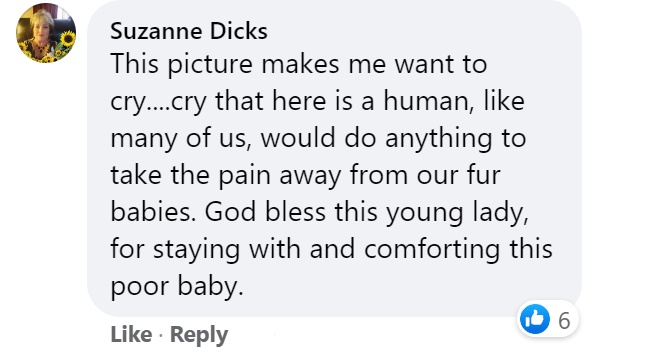 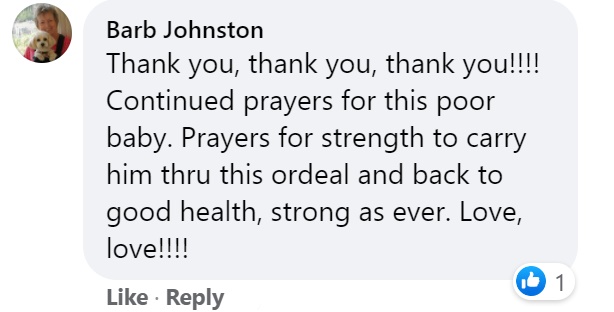 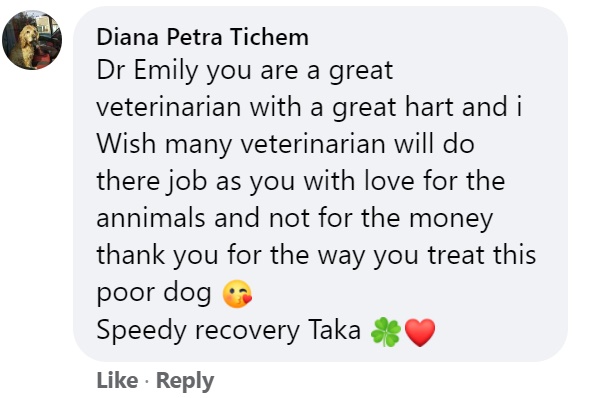