Five years ago Sean McCarren, a UPS employee, created a Facebook page named UPS Dogs, dedicated to the adorable dogs they meet at work. According to McCarren, who has been in service for 17 years now, one of the greatest perks of his job is meeting dogs on his daily routes. He and his fellow drivers spend time with them during the breaks and bring them treats.
Most of the drivers working for UPS become friends many of the dogs they meet while on duty, and their Facebook page is the place they use to share their adorable photos. The page has already garnered more than 1 million likes and their contributors include UPS drivers from all over the globe. Scroll through the photos below and visit them on Facebook to know more about their daily canine meet-ups.

Sean McCarren has been an employee of UPS for 17 years now and he says that meeting some furry friends on his routes is a great perk of his job. 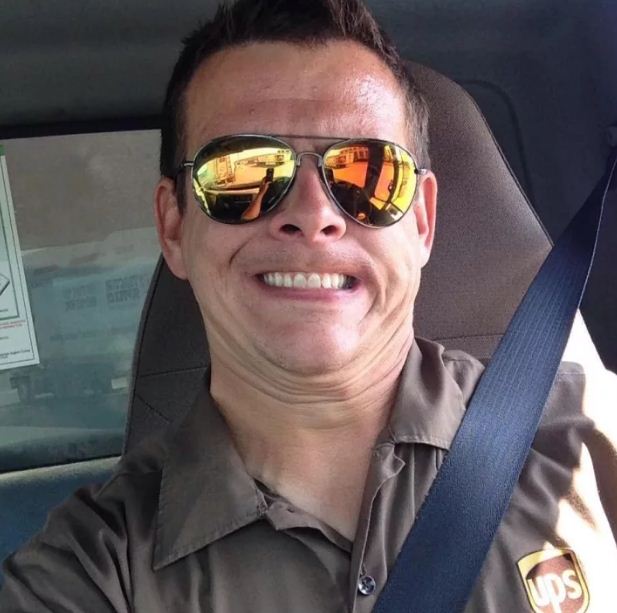 “I wish we could just hang out with the families and their dogs all day, but it’s just not feasible,” McCarren told BuzzFeed News. 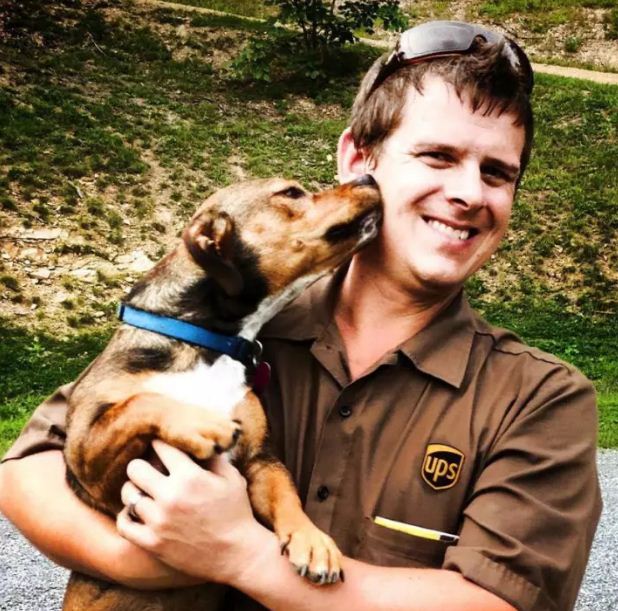 It was five years ago when he decided to create a Facebook page dedicated to dogs that they meet at work and called it UPS Dogs. 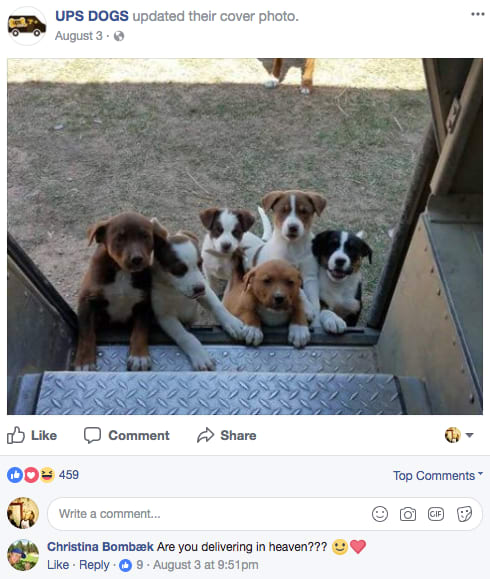 McCarren is the page’s moderator but the contributors are mainly UPS drivers across the country. 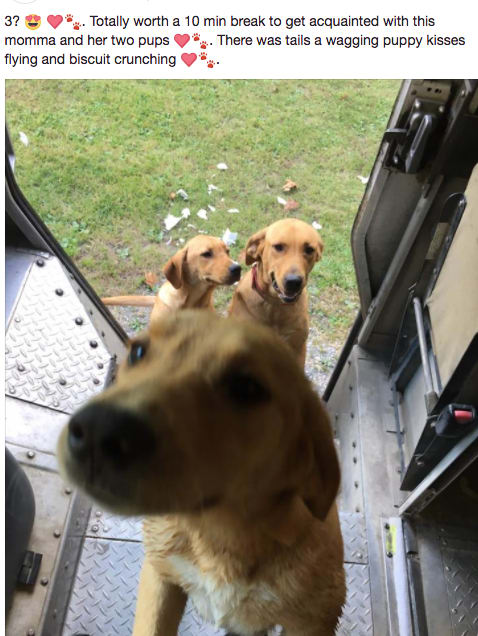 McCarren receives photos like this from other UPS drivers and he shares them to the page whenever he has free time. 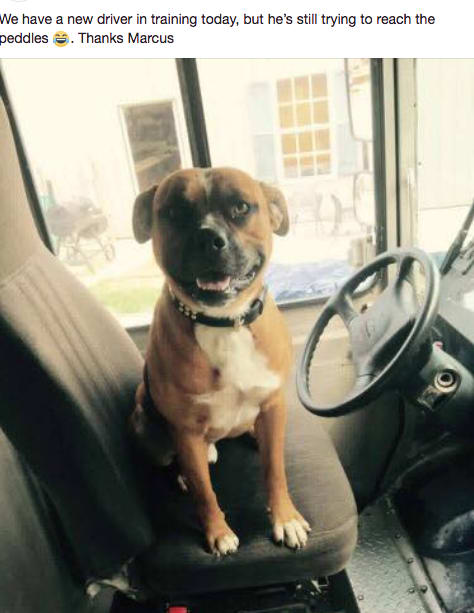 Jeff Skender, a fellow UPS driver who’s been in the job for 15 years now, told Buzz feed News, “so I know my customers pretty well, but I know their dogs even better, being the dog lover I am.” 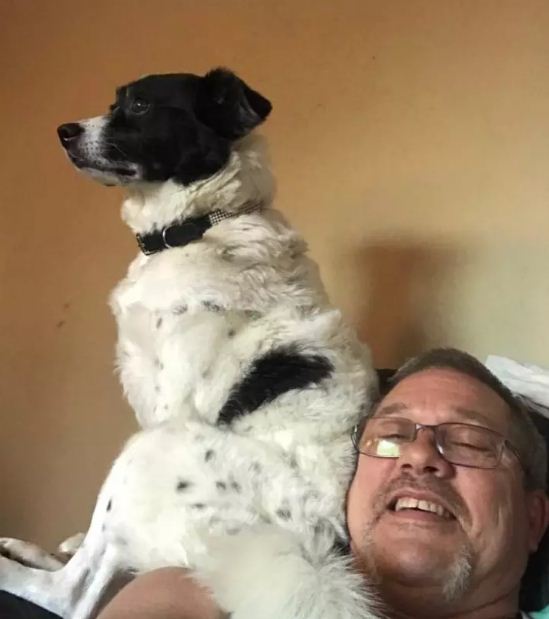 One of Skender’s old time doggo friend is Charlie. They’ve known each other for more than a year now, and he always makes sure to bring Charlie a treat. 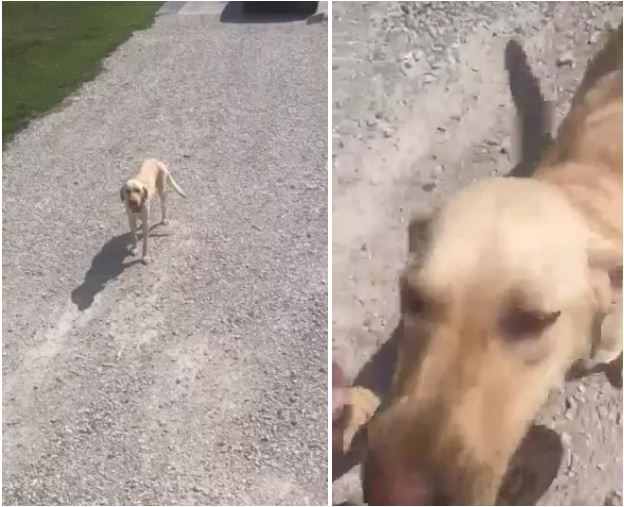 On their routes, most drivers would have biscuits for the doggos they meet on their way. 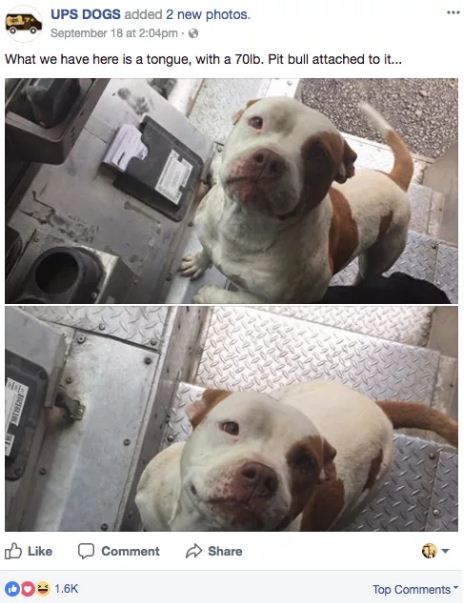 “Some of my customers try to give me dog bones for reimbursement, but I’m not a big fan of that, although I humbly accept them as to not hurt their feelings,” Skender said. 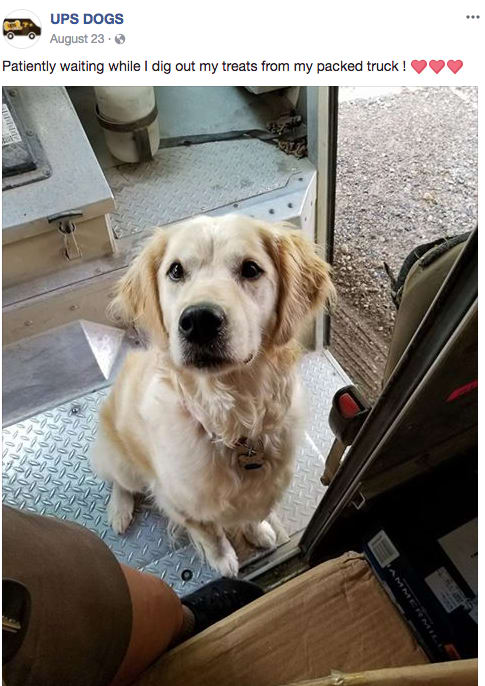 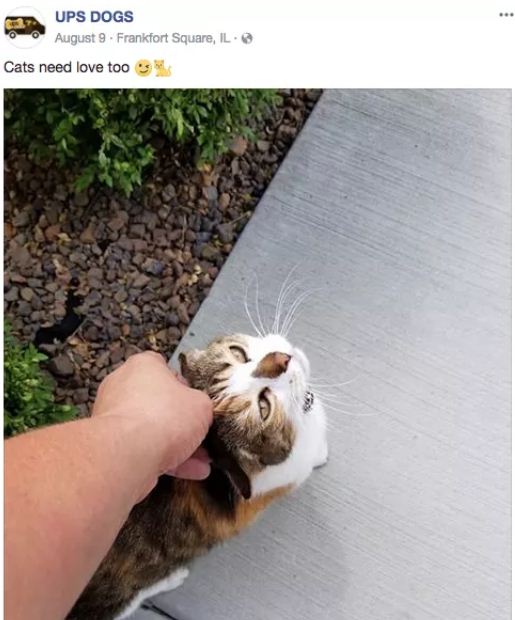 Just like any relationship, it’s not just all fun. When time comes that a doggo has to finally go to dog heaven, the page also serves as a place where fellow drivers can sympathize with each other. 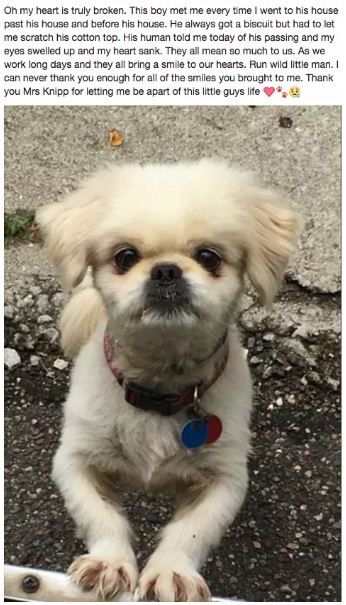 McCarren’s group is not affiliated with UPS, the company, but UPS fully supports the group. “Yes, we are aware of that site,” a spokesperson told BuzzFeed News. “It’s a good example of the relationships our employees build with their customers, two-or four-legged!” 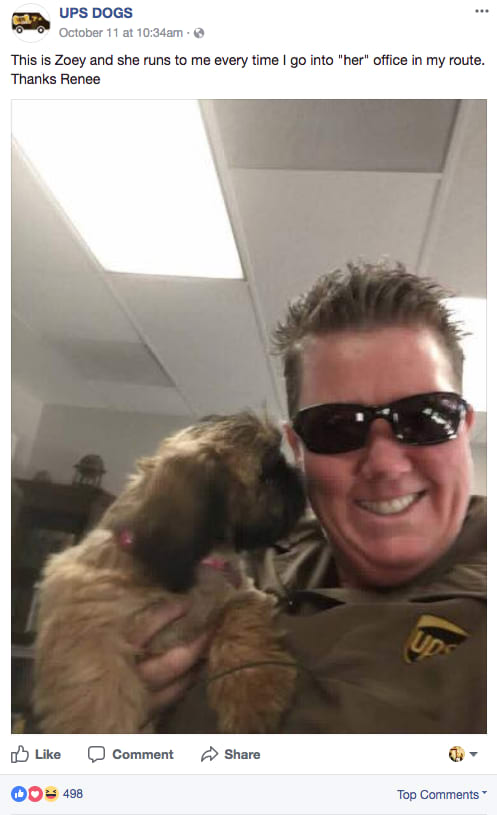 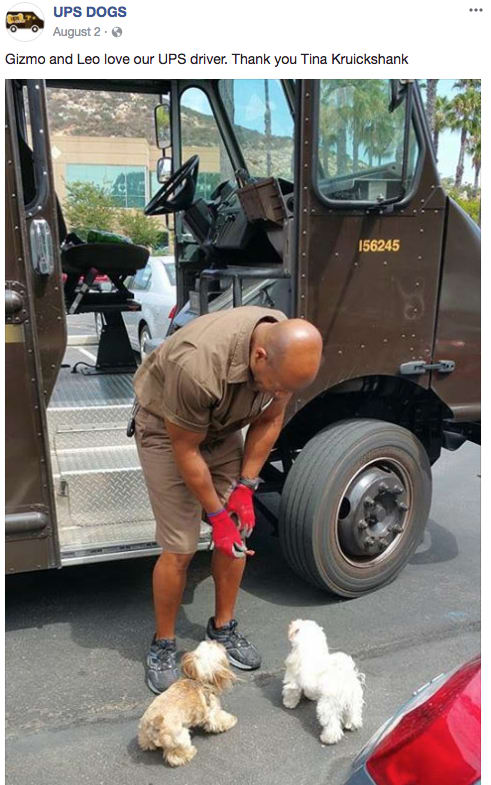 McCarren and Skender are just two of the many UPS drivers who are so grateful of these dogs’ lively company, and they always look forward to meeting them everyday on their routes. 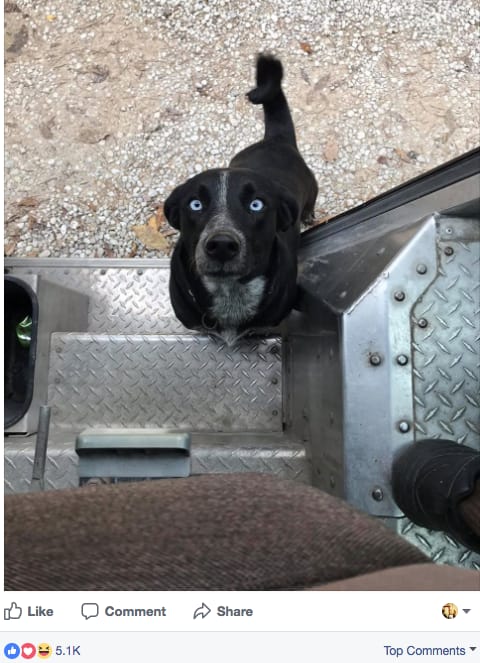 “This is one of the very best parts of my job,” Skender said. “It is an awesome feeling to be greeted so happily by unconditional love.” 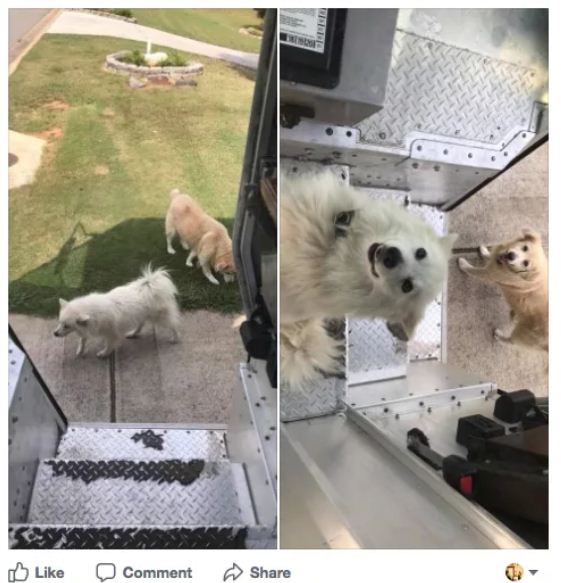 Thanks to McCarren, these dogs are not only bringing joy to the UPS drivers’ community but also to our social media feeds. 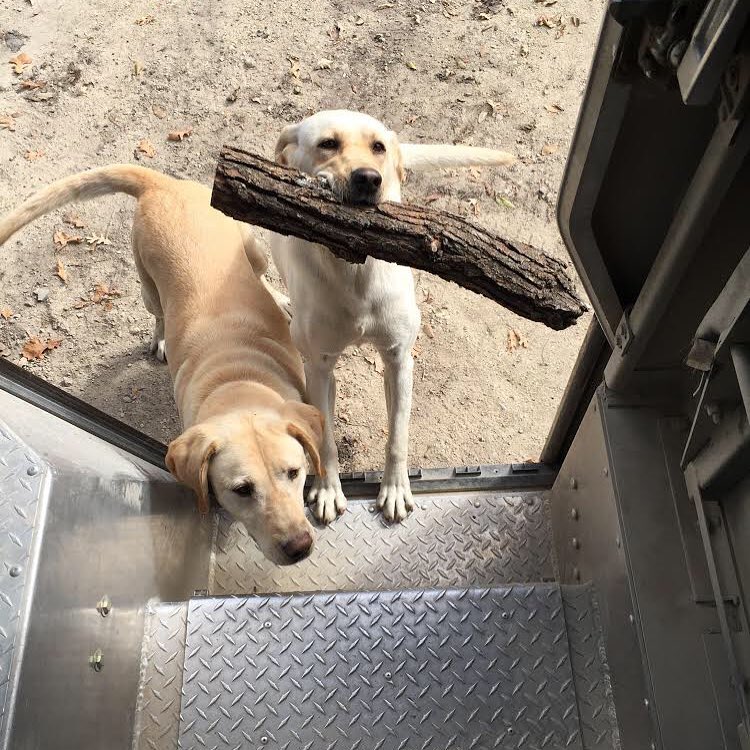