Southern Rail, a train operator based in southern England, has earned itself a bad rep among its passengers, as proven by their bottom ranking in a nationwide satisfaction survey. However, things drastically changed when the company’s social media team decided to put Eddie, a fifteen-year-old intern, in charge of its Twitter account. Eddie became a blessing to the company with his cheeky responses to mind-boggling Twitter inquiries submitted by the followers. This charming lad breathed life into the company’s Twitter account and everybody’s raving about how he was able to revive Southern Rail’s reputation. Take a look at the photos below to see how Eddie is charming the internet with his Twitter responses. If you have a question to throw at Eddie, go ahead and ask him with the hashtag #askeddie and follow Southern Rail’s Twitter account to show Eddie some love.
(h/t: boredpanda) 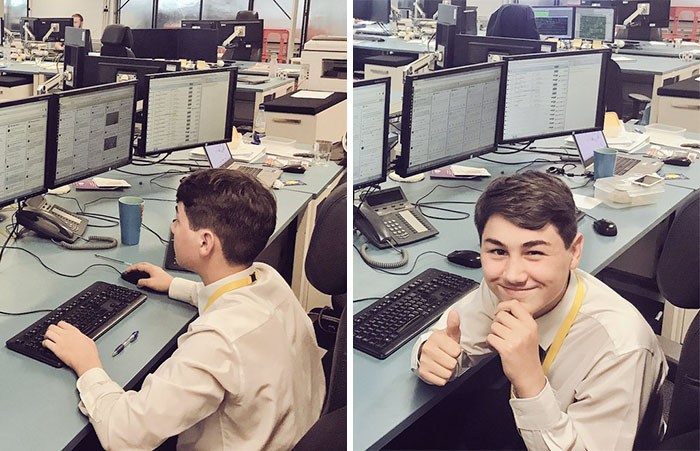 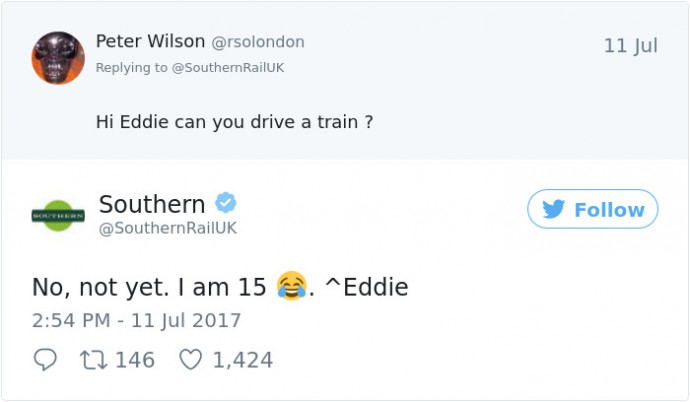 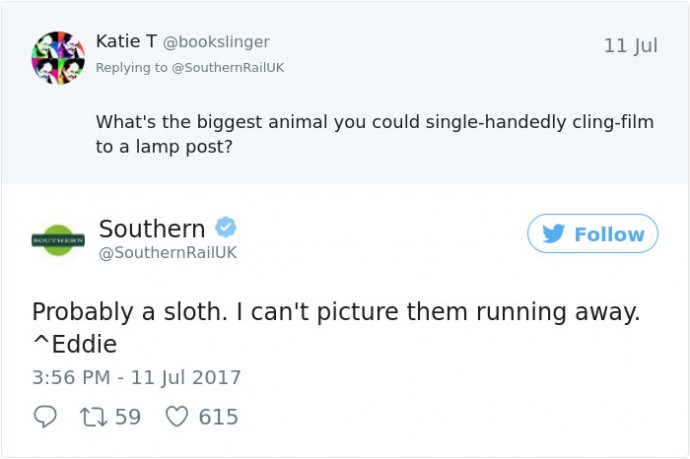 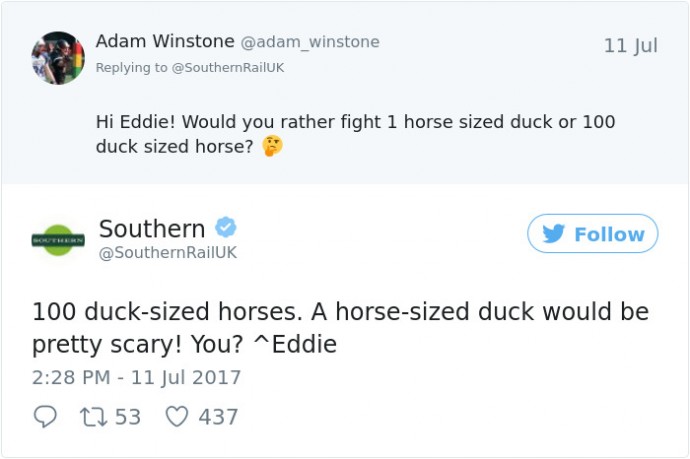 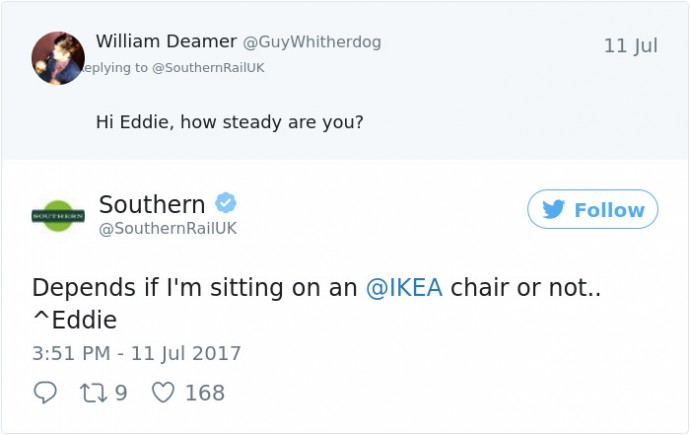 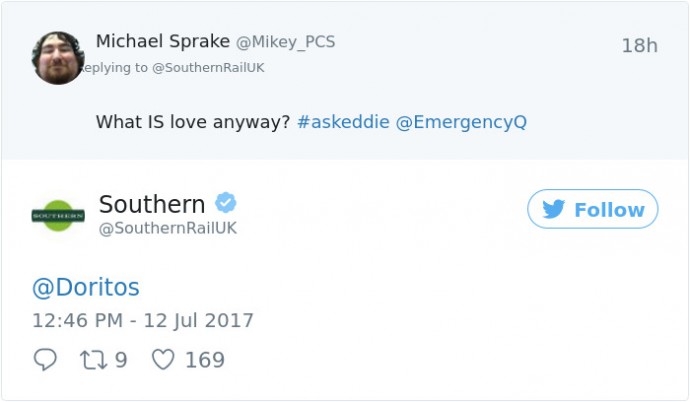 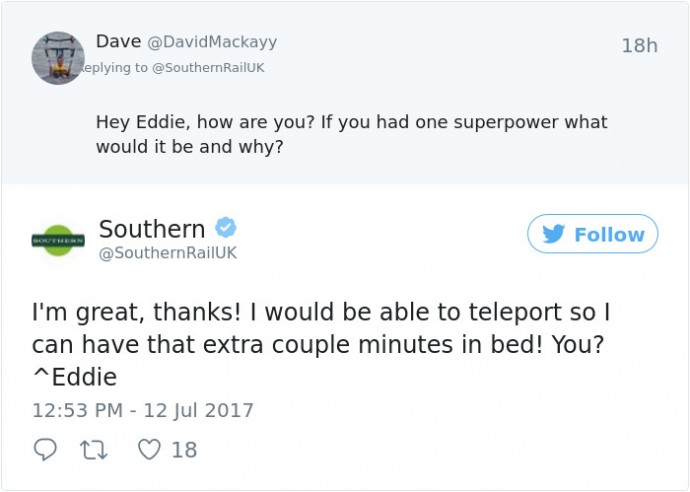 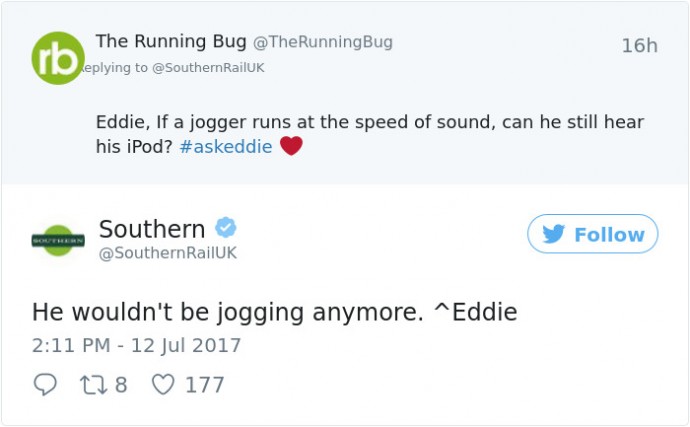 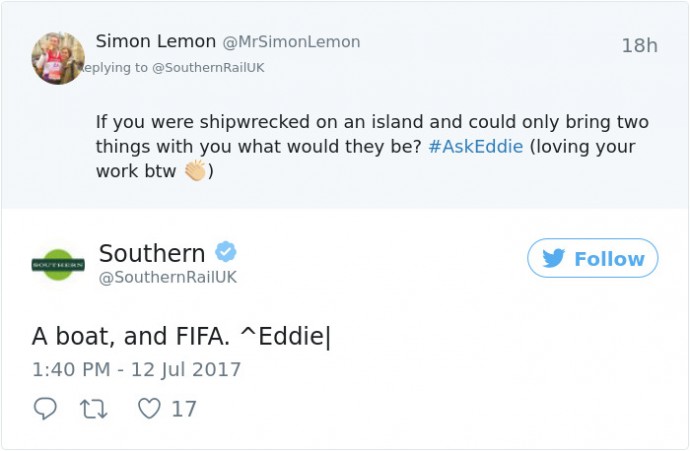