We already knew that dogs are humans’ best friends, but who could imagine that they could get along with lions too?

The following photos tell the moving story of the friendship between a disabled lion and a little Dachshund named Milo.
Milo and two other dogs sensed the lion’s disabilities (the lion was born with a metabolic bone disease) when he was a cub and from that moment they took care of and protected him. 5 years have passed and they’re still inseparable.

Seeing a lion being part of a dogs’ pack is almost unbelievable from our point of view, but the following pictures speak for themselves.
If only humans could learn from animals how to love a little bit more… 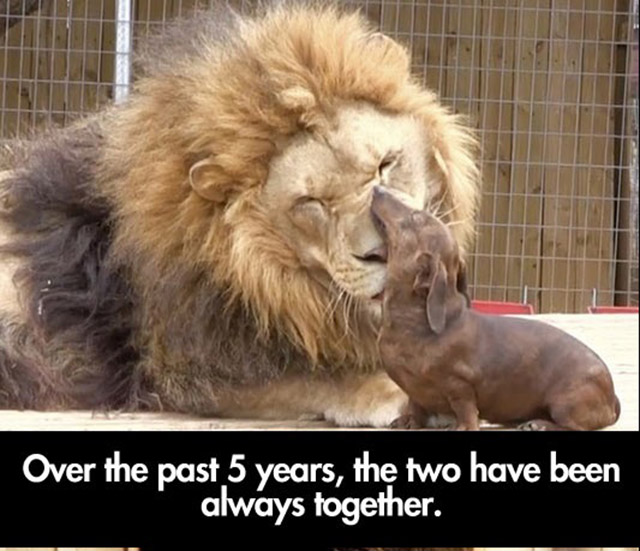 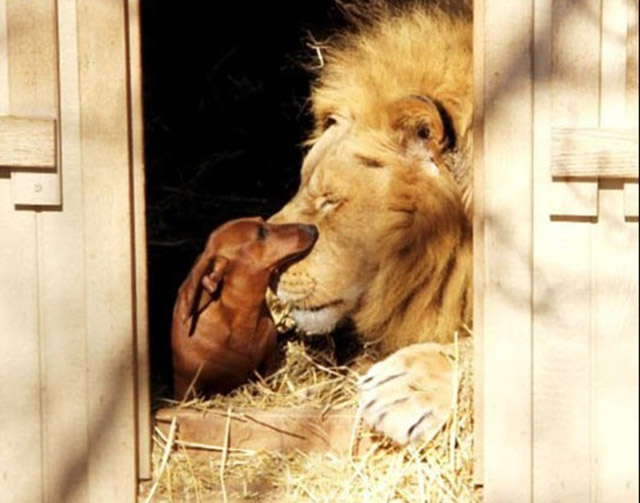 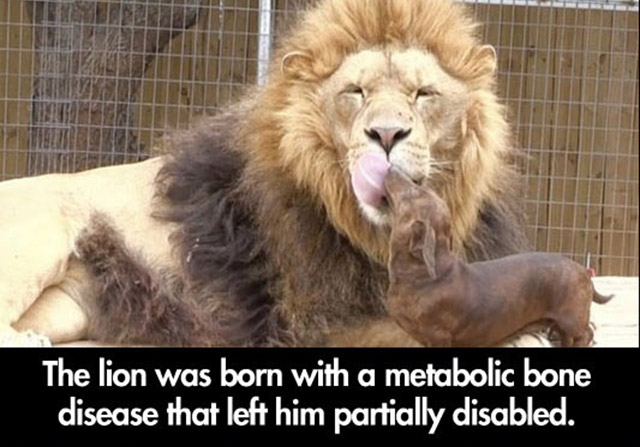 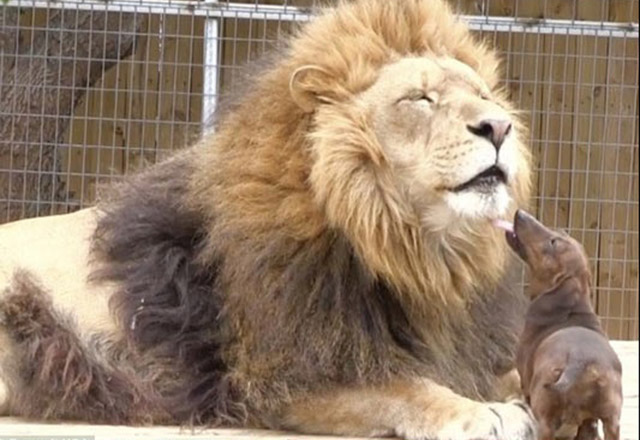 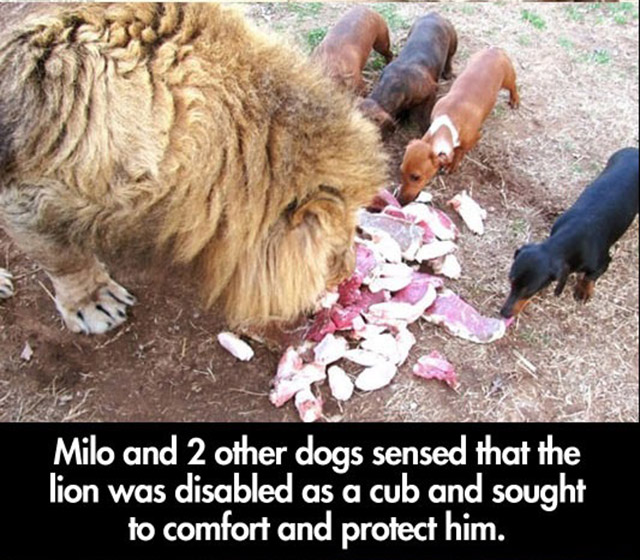 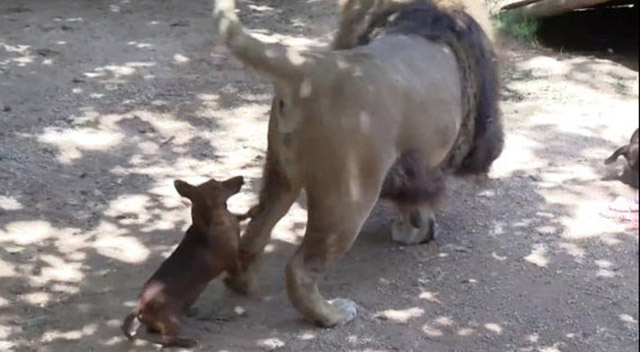 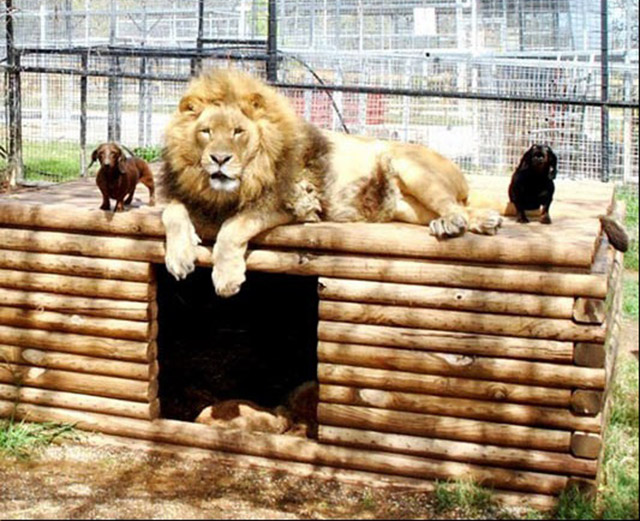