Whenever we see conflict rage the internet, it often ends in a win-lose situation. It’s rare to see people trying to find the good in their adversaries, but it seems like actress Sarah Silverman wants to teach us all a lesson. When hurt people try to hurt other people, Silverman knows that the right thing to do is to kill with kindness, and that’s how she made a lasting impact in today’s society.
It all began when a guy, named Jeremy Jamrozy, wrote an inappropriate reply to one of Silverman’s tweets. Apparently, it caught her attention and she started an unexpected conversation with him. Sarah scrolled through the man’s feed, understood his pain, consoled him with wonderful insights and offered him real help. What seemed to be just a careless trolling move, turned out to be a life-changing event for Jamrozy. Scroll down to read their uplifting conversation.
(h/t: repubblica)

The whole conversation was sparked by a one-word offensive comment left by Jeremy Jamrozy on Sarah Silverman’s post.

However offensive that comment was, Silverman didn’t succumb, but instead she busted out some real compassionate moves that shot through Jamrozy’s heart.

All it took were a few words from Silverman for Jamrozy to spill his pain. 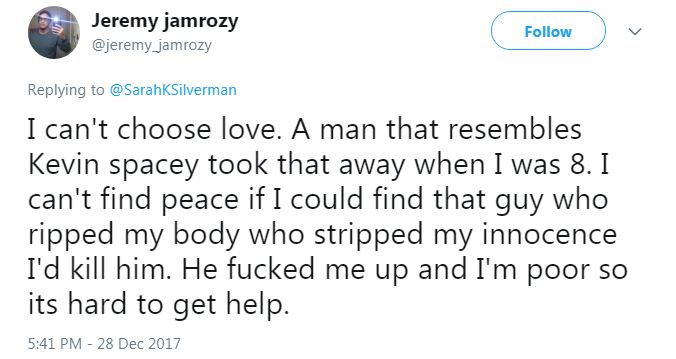 The conversation quickly escalated and it attracted more and more spectators. 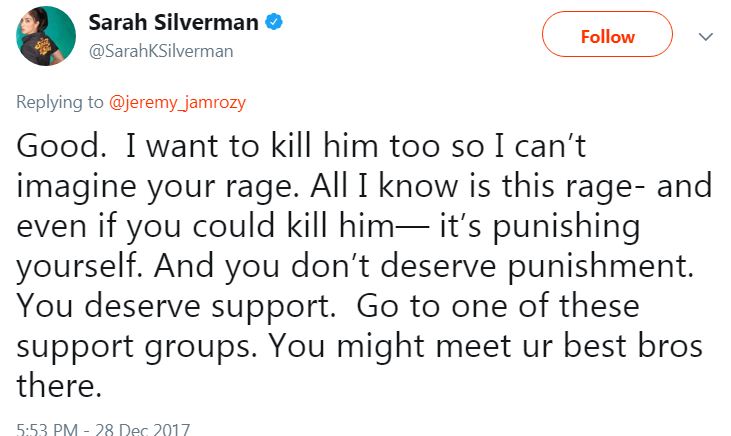 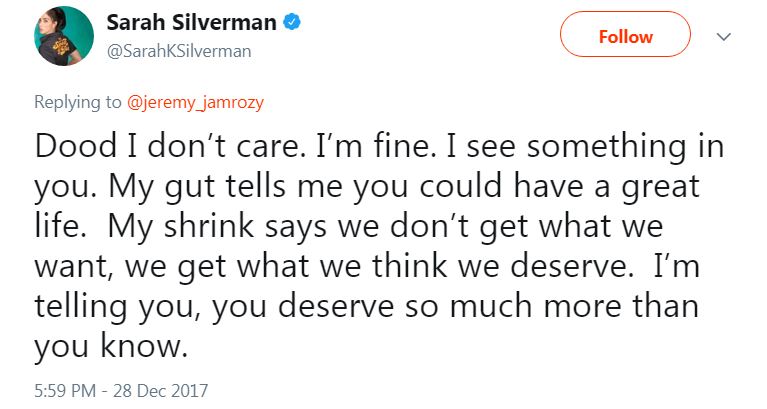 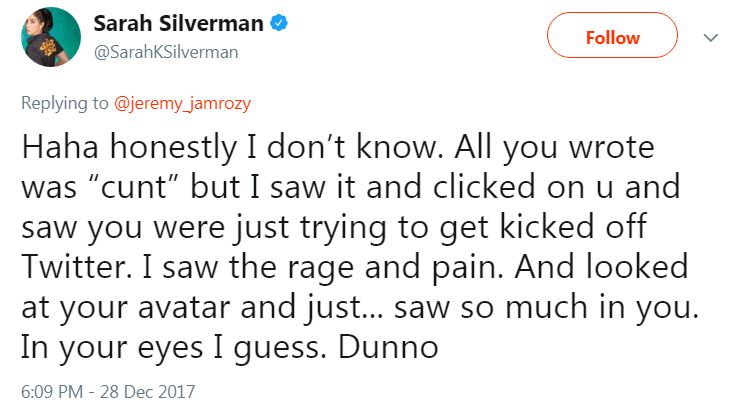 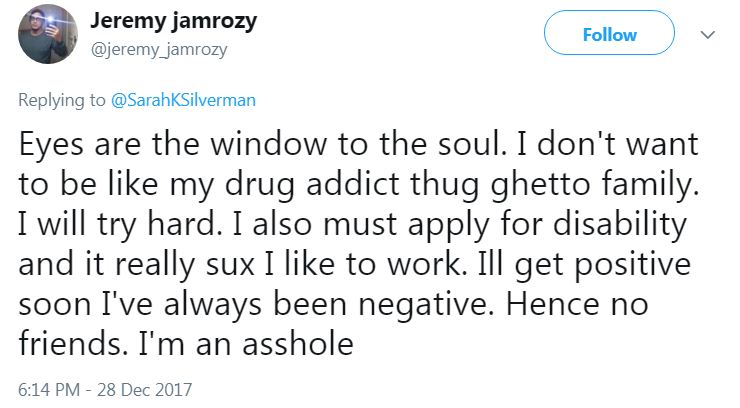 From troll to fan, that’s how it’s done!

Not only did Silverman give Jamrozy moral support, she also used her influence to get him some real help. 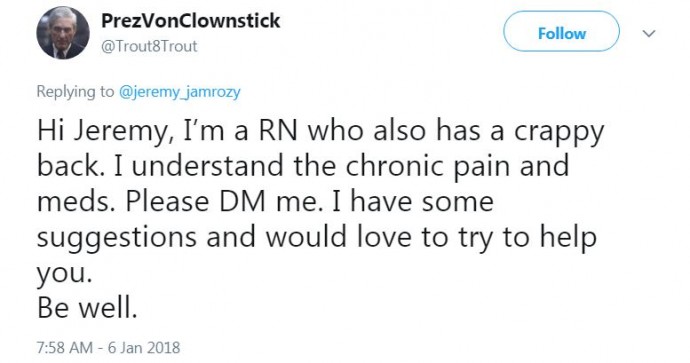 Jamrozy’s faith in humanity was wonderfully restored and many were deeply inspired. Way to go, Sarah Silverman! 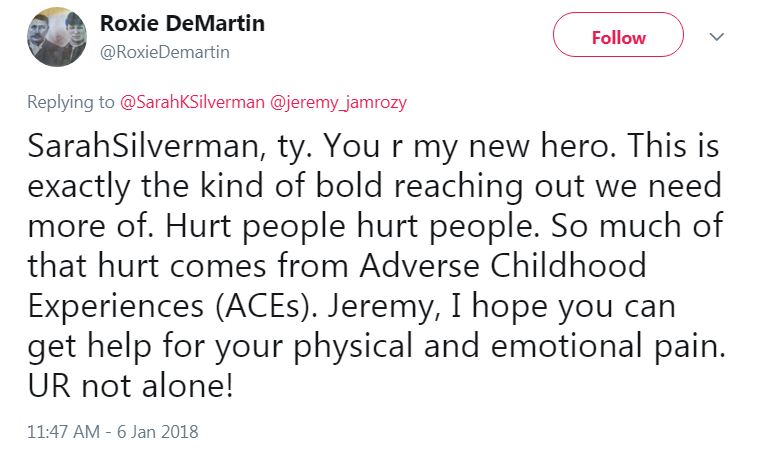 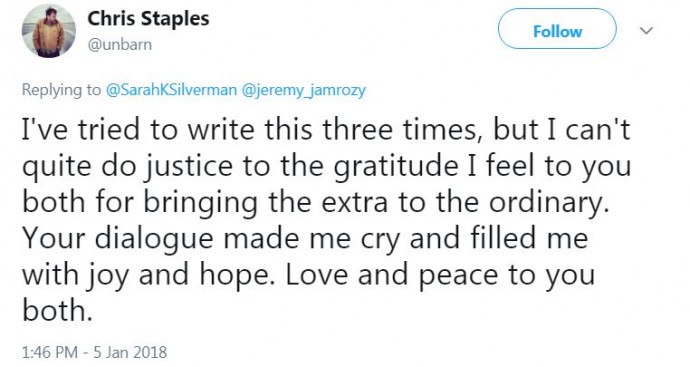 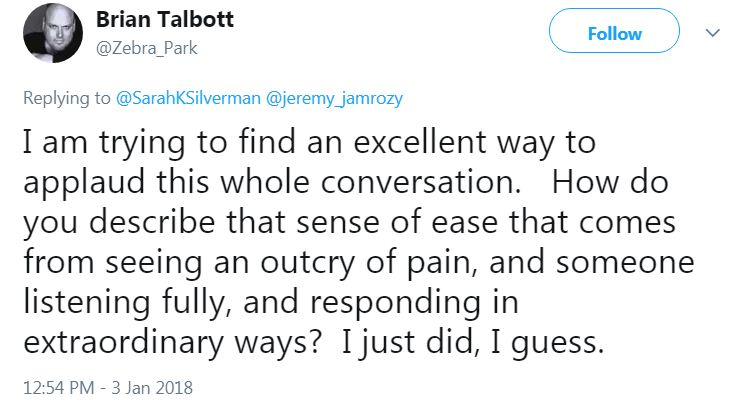 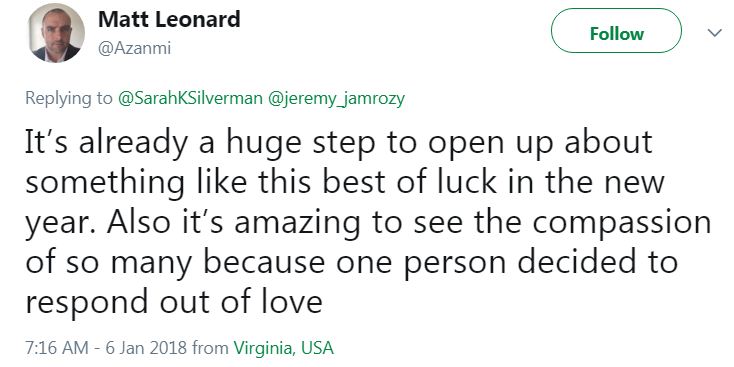