Many arachnids inhabit the Amazon Forest, but this particular one, however, is quite a sight to see. We are talking about the Bunny Harvestman, an arachnid that lives in the Amazon Rainforest of Ecuador, carrying the looks of a dog with bright yellow eye spots, and some fuzzy-looking, pointy ears. Photos of the Bunny Harvestman are sending some real freaky vibes around the internet, but some would still argue that it does look quite cute. If you look closely at the still images, it may send you some chills, especially if you stare at the glowing yellow spots resembling a pair of eyes. By watching the video though, and figuring out where its real eyes are, you’ll be acquainted with its cute side along with some its playful legs tricks.
Andreas Kay, the scientist and photographer who took the video below, has a personal idea about the peculiar spider’s look, and thinks that his wolfish appearance is meant to make predators think that the Bunny Harvestman is actually bigger than it actually is. Scroll down and give this little fellow your verdict. Cute or creepy, what do you think? Let us know through the comment section below.
(h/t: thedodo)

This dog-faced critter is the Bunny Harvestman. The two fuzzy and pointy ear-like structures and two bright yellow spots on it’s back closely resemble a dog’s face.

The Bunny Harvestman lives in the Amazon Forest of Ecuador. It also comes by the scientific name Metagryne bicolumnata, belonging to the the order of arachnid.

A scientist named Carl Friedrich Roewer was responsible for the discovery of the Bunny Harvestman, 60 years ago. 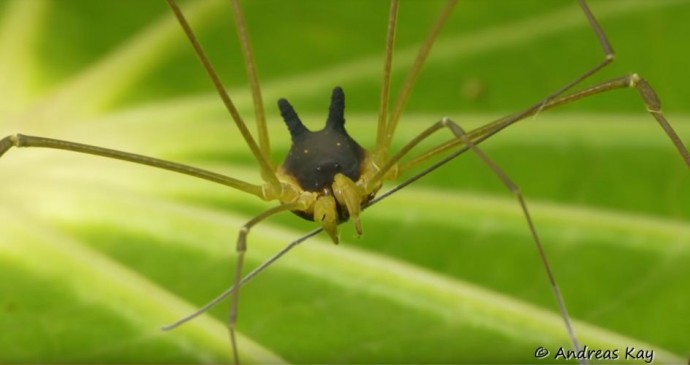 However, even after a long time since its discovery, Science hasn’t explained yet why it looks this way. 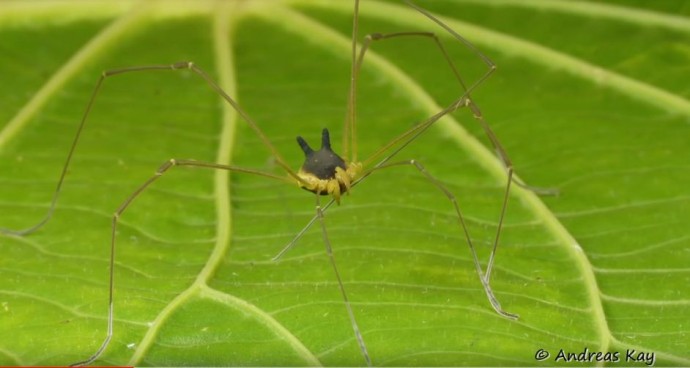 This little creature doesn’t carry any venom glands, so it should not pose a threat to anyone. 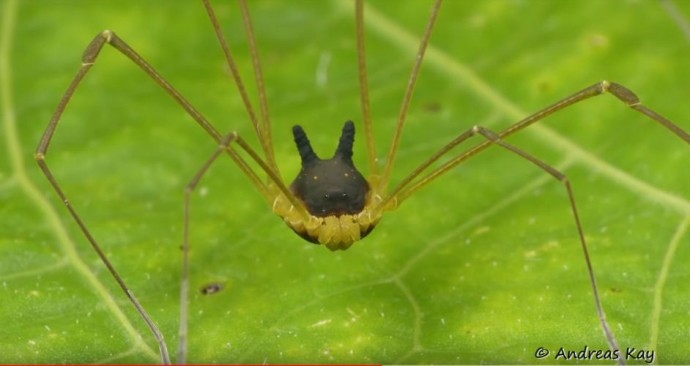 This harmless arachnid has caused people to get goosebumps because of its appearance but some also think that it looks quite adorable. 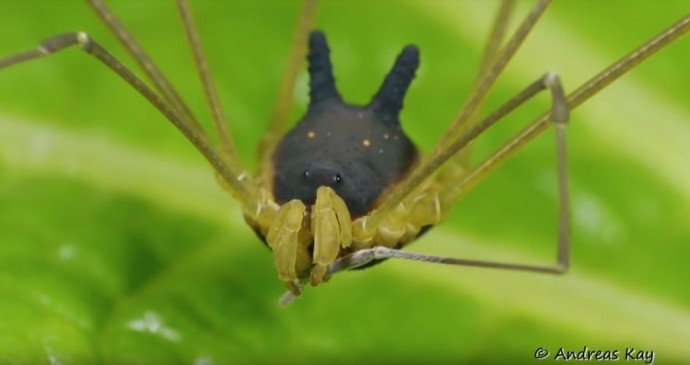 If you look closely, it may send you some chills especially if you stare at the seemingly glowing yellow spots resembling  a pair of eyes.

However, if you try to locate its real eyes which are two black dots under the yellow spots, it should start looking like a cute little spider. 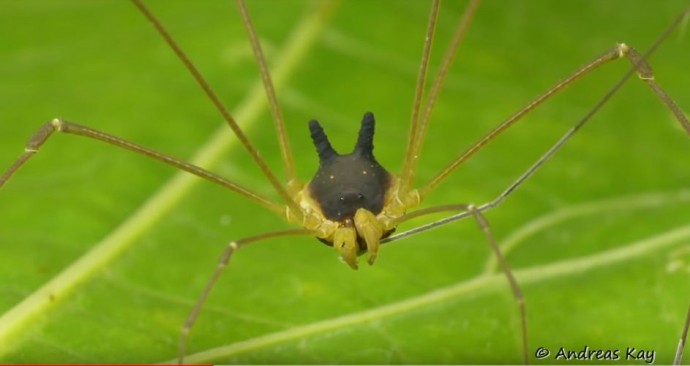 Watch this video and get to know the Bunny Harvestman a little better through some of its playful legs tricks.