An initiative that began as a side job has become an active attempt in helping the environment. Hailing from Paraiba, Brazil, Amarildo Silva wanted to find ways to add some money to his cashier income. Seeing that there was plenty of useless waste on the street, he came up with the idea of repurposing old tires.
Whenever he has free time, Amarildo collects discarded tires, and gives them a new life by transforming them into special animal beds. He has already sold more than 500 pieces to date. He mostly delivers inside Brazil but his efforts have become so popular, he already has orders from Europe, North America and Asia.
Aside from the animal beds, he also added flowerpots and recycling containers to his portfolio of creations. His works has become so popular that he is now being asked to speak to young people in different public schools.

Amarildo Silva lives in Paraiba, Brazil. He has found a way to help the environment while creating something animals will love. 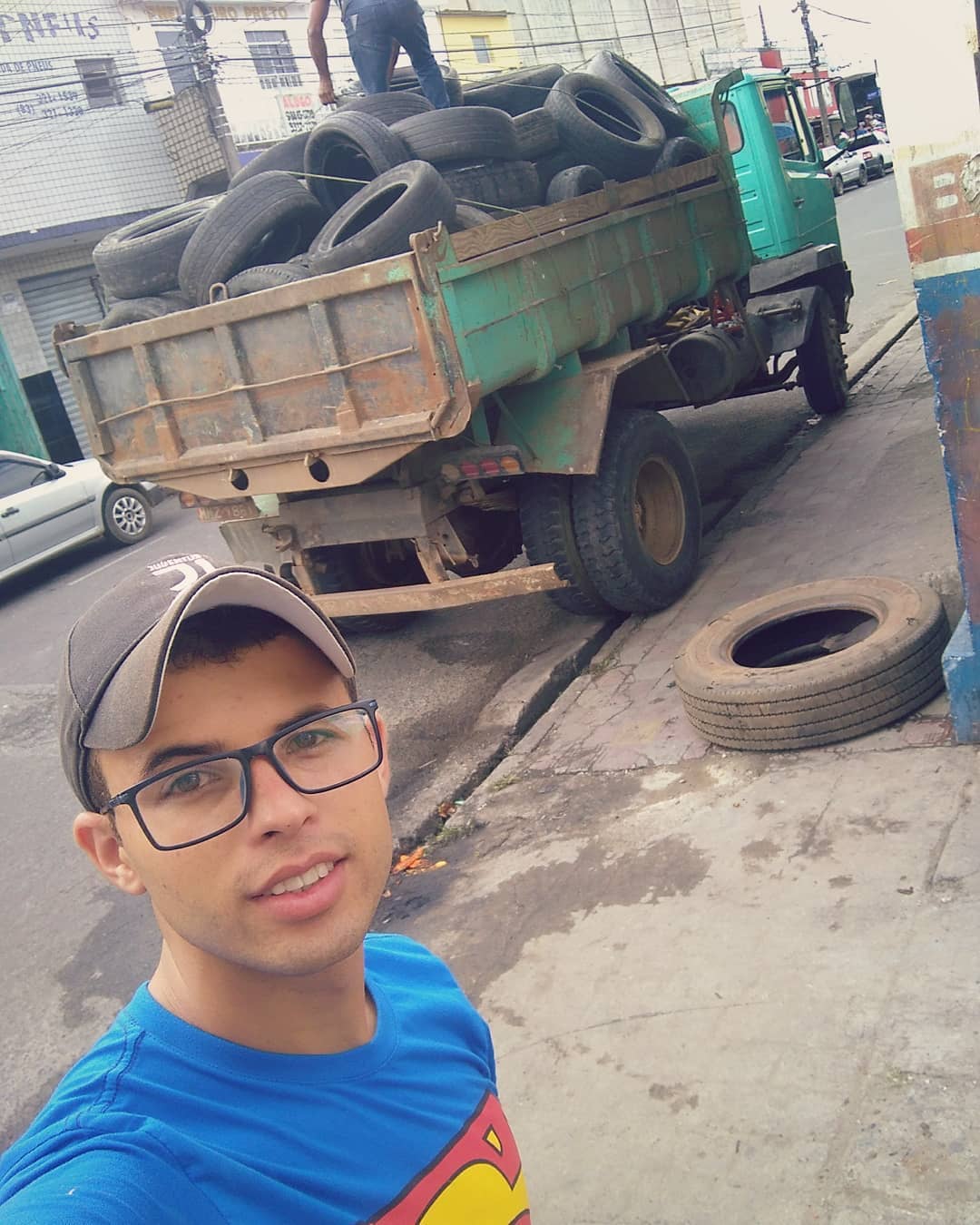 He collects as many old, discarded tires as he can. 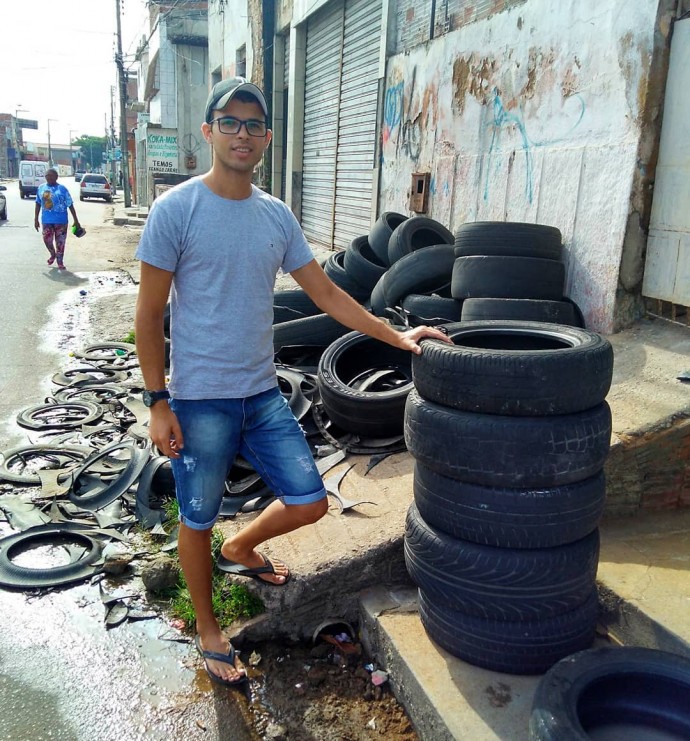 He then repurposes the tires into something so useful, you’ll wonder why no one has thought of it before. 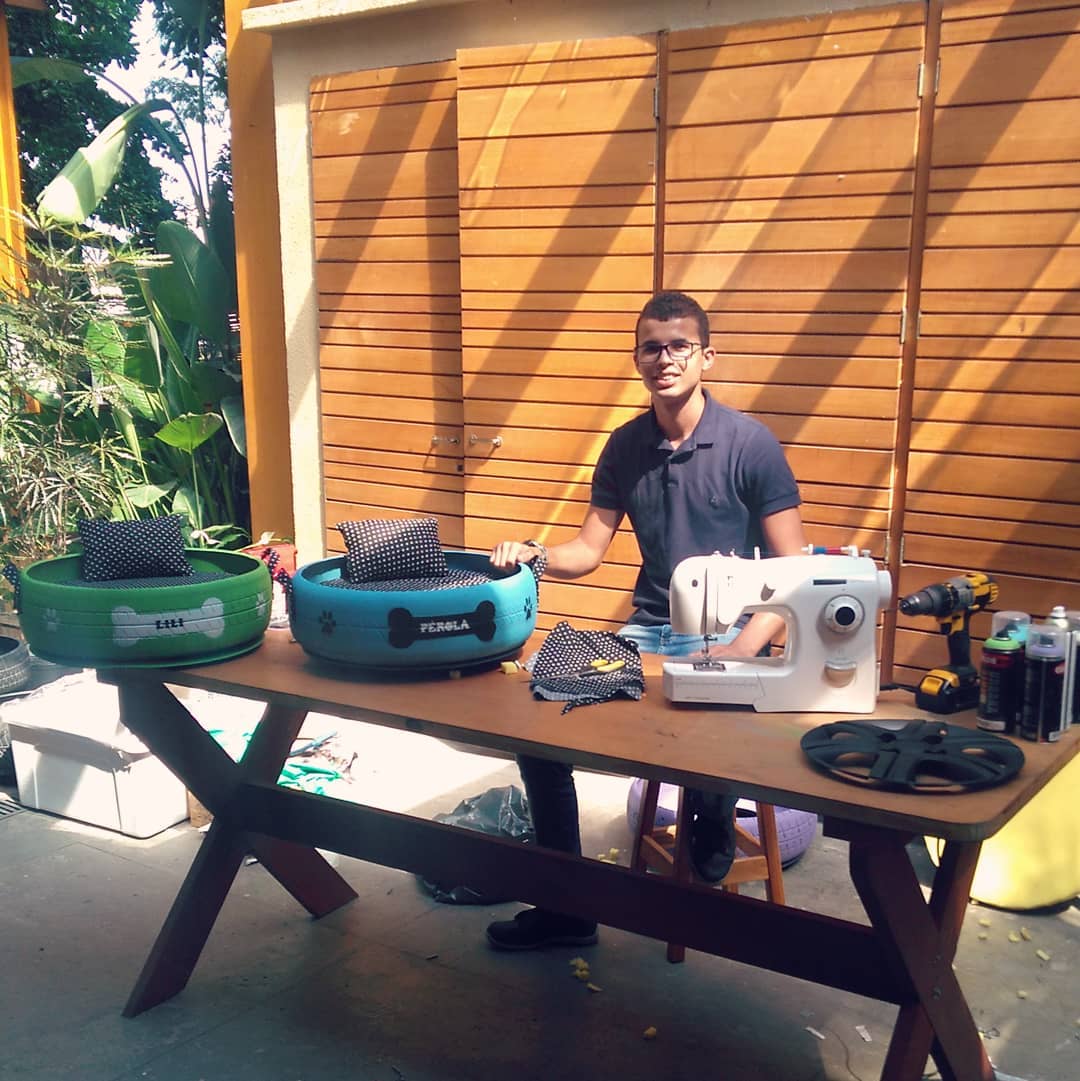 He makes animal beds with different designs so that each one is unique. 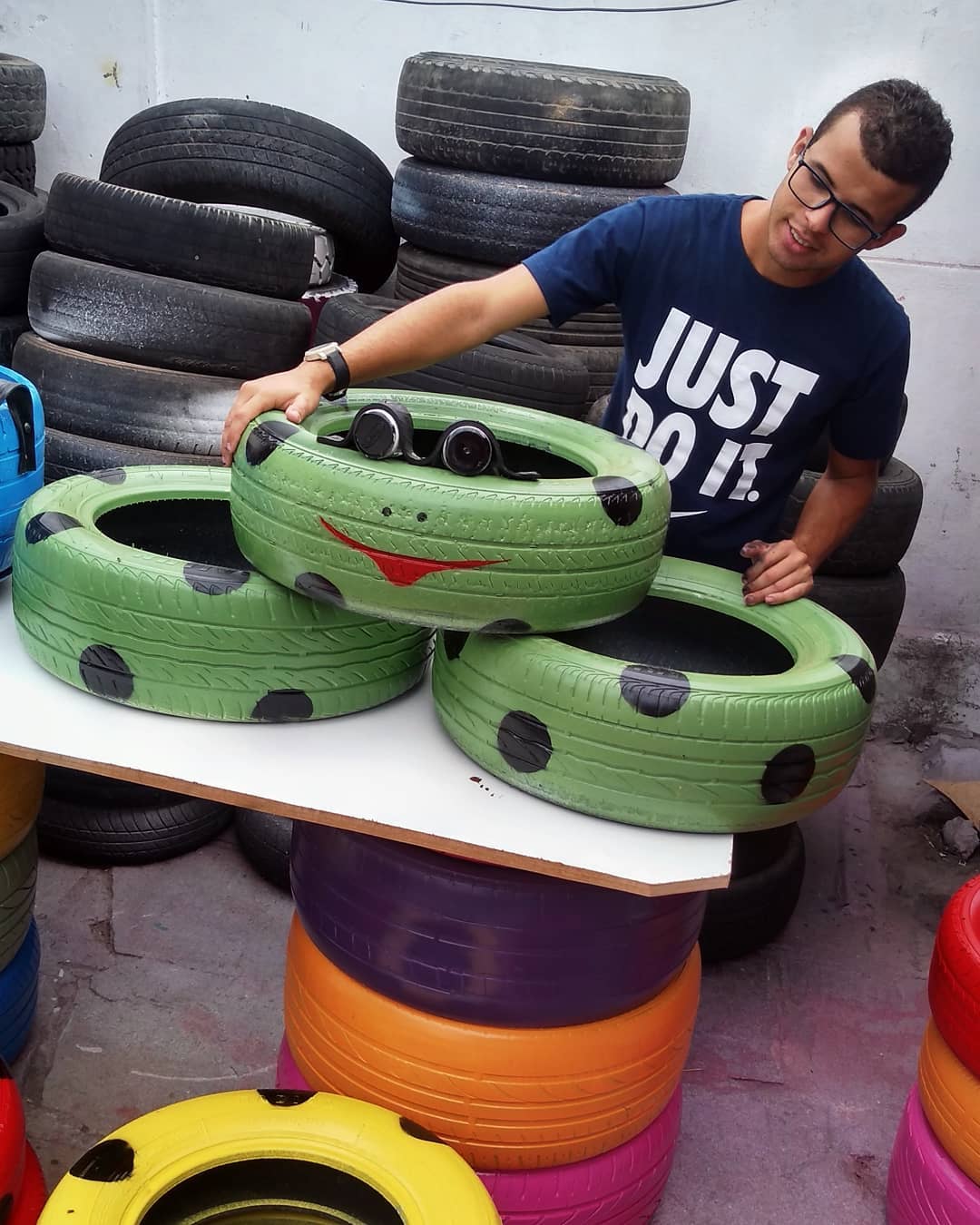 He also adds a circular mattress for additional comfort. 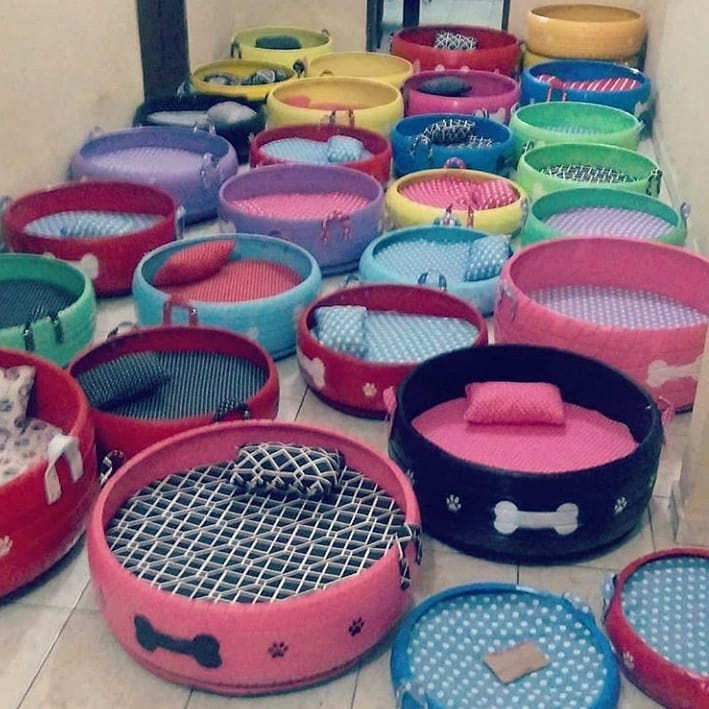 The results? These colorful and attractive sleeping animal beds. 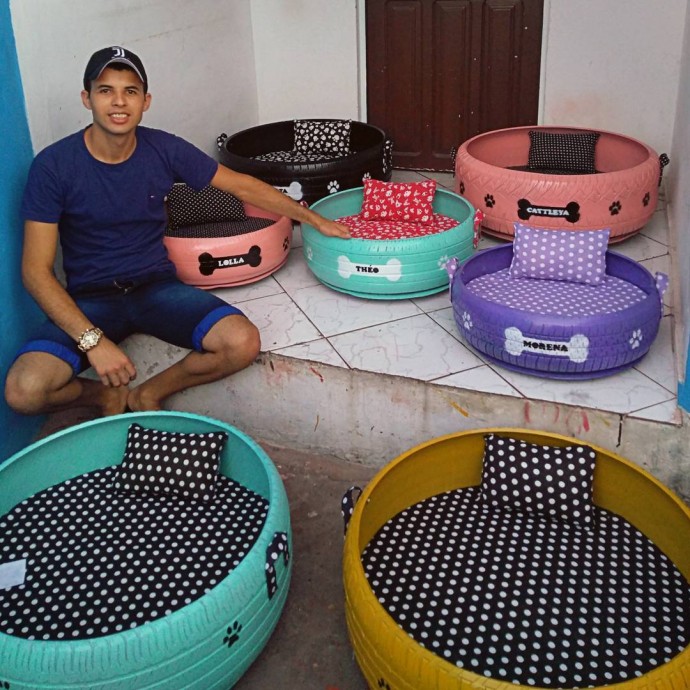 Here’s a bunch of them. 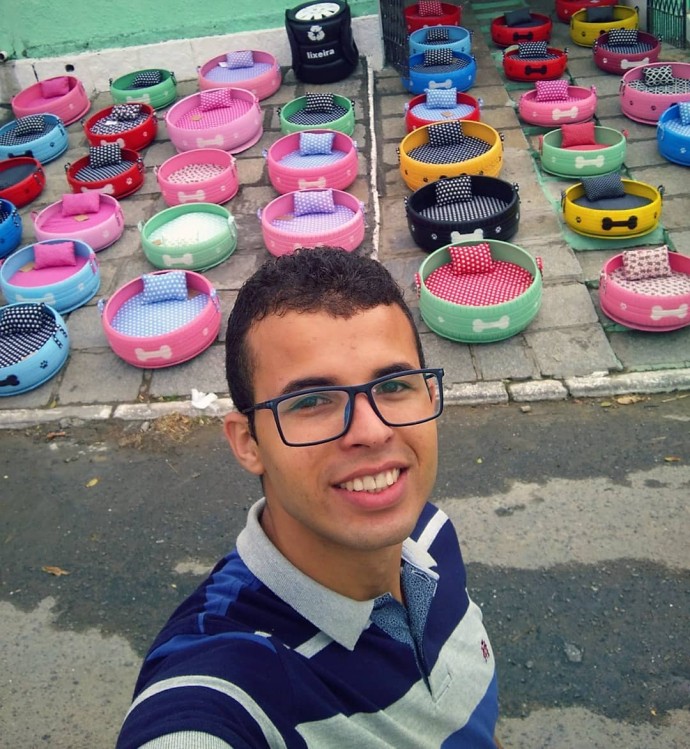 Meet some of the furbabies who have enjoyed his creations. Here’s Bella. 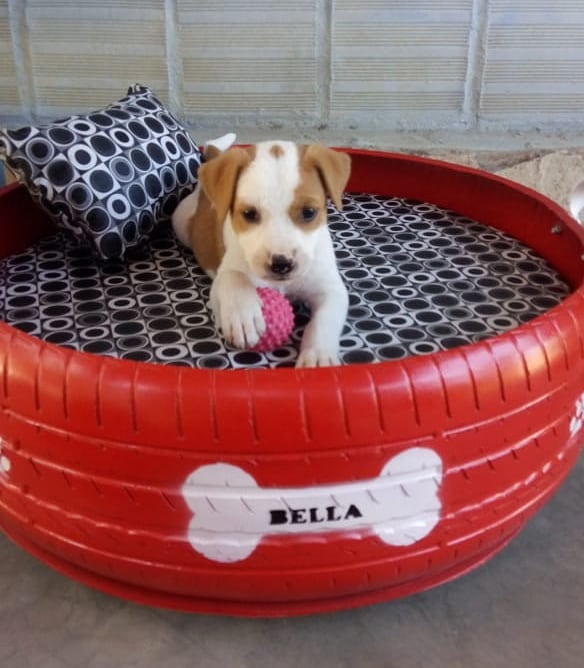 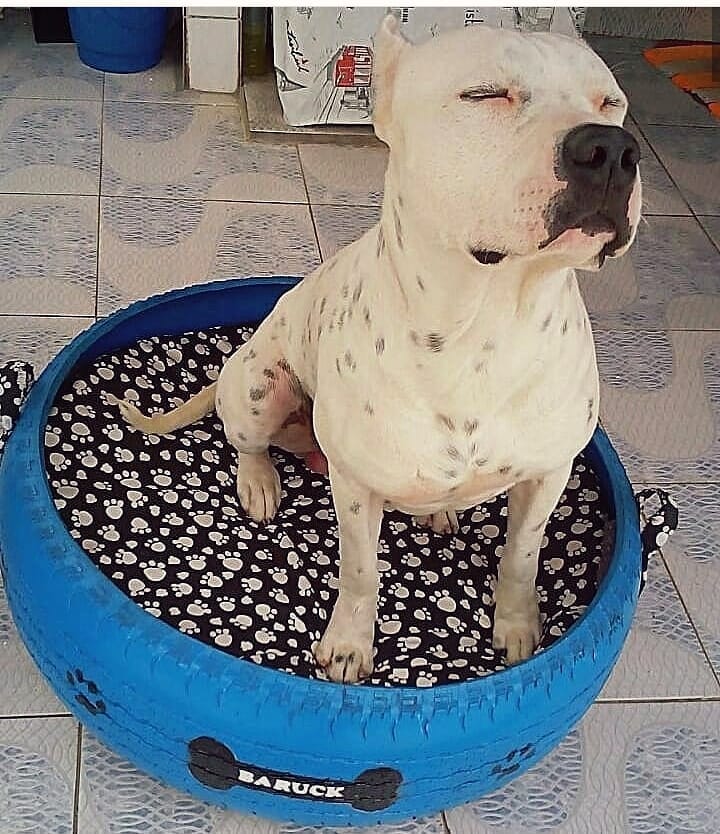 This one’s Bidu and his friend. 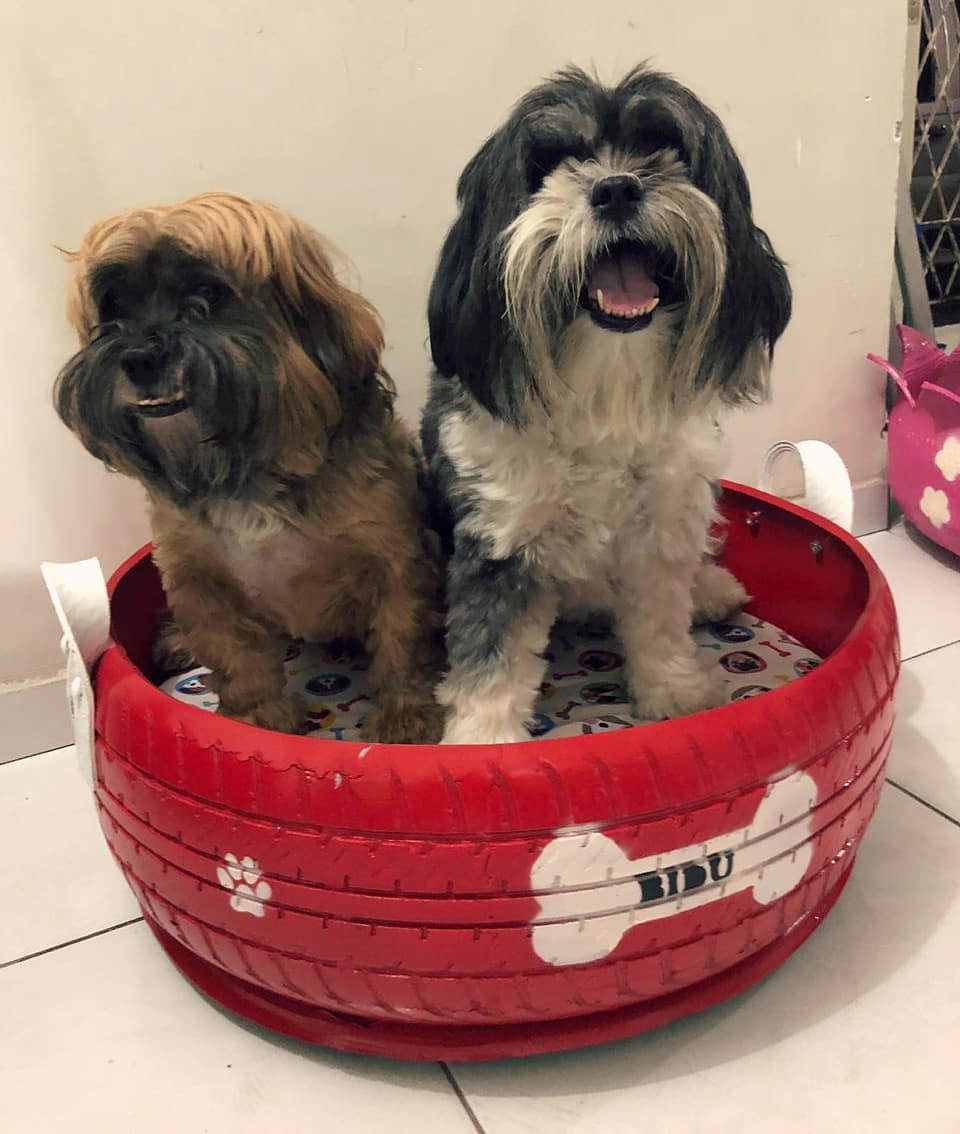 These are the twins, Aylla and Lua. 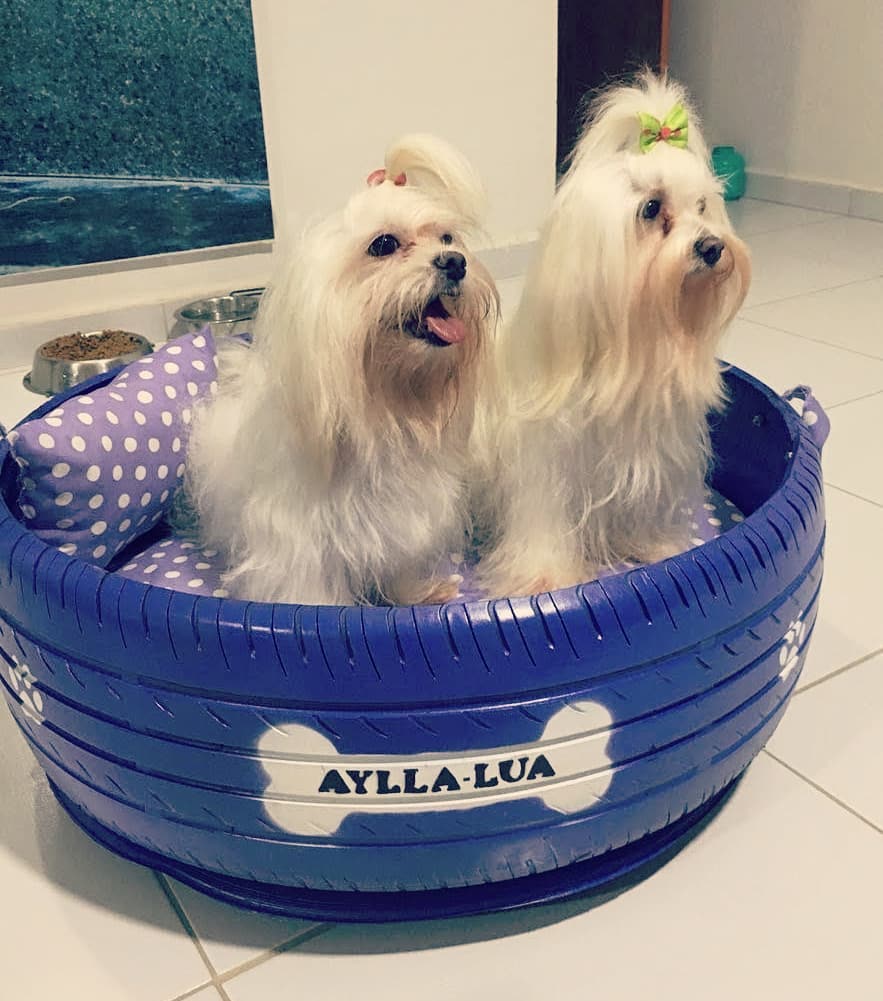 This adorable one is Luna. 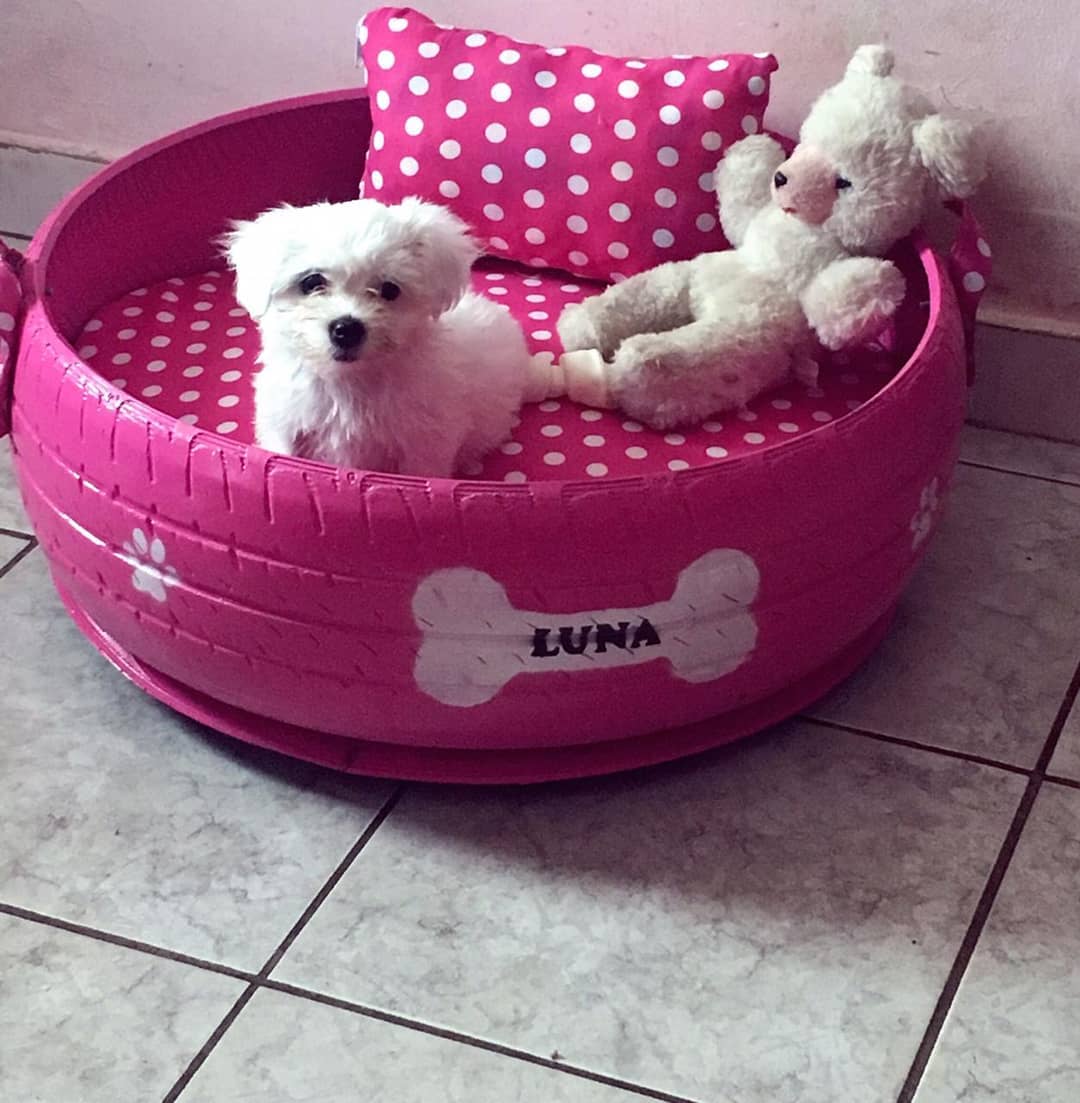 This playful one right here is Mimoza. 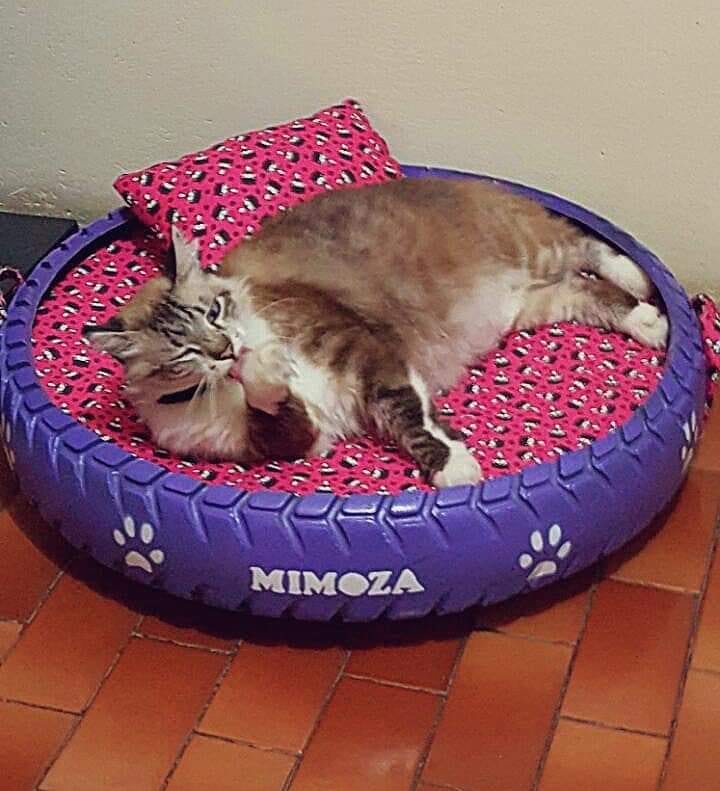 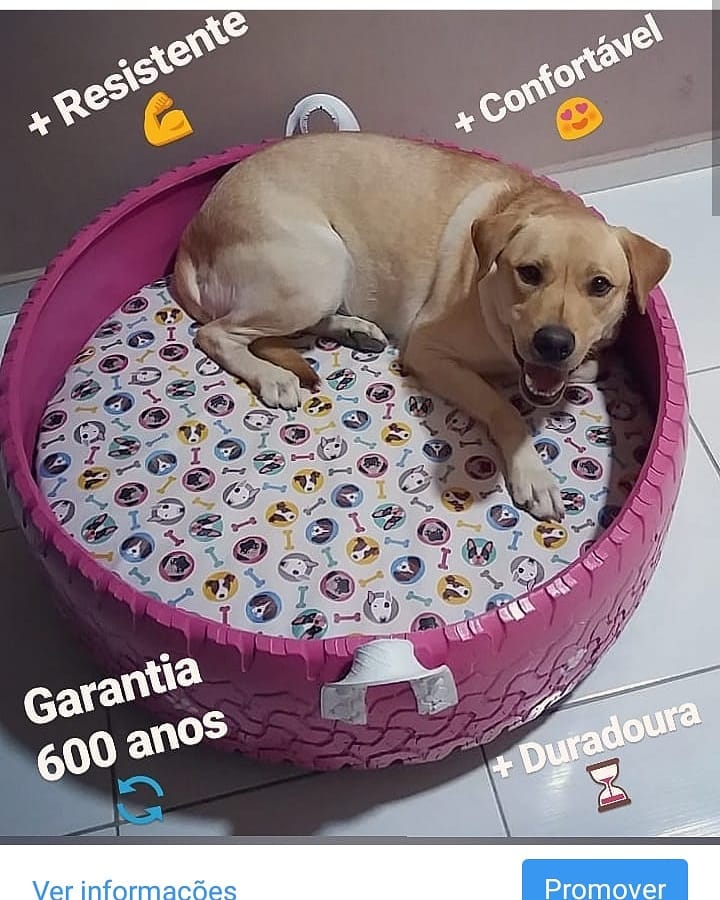 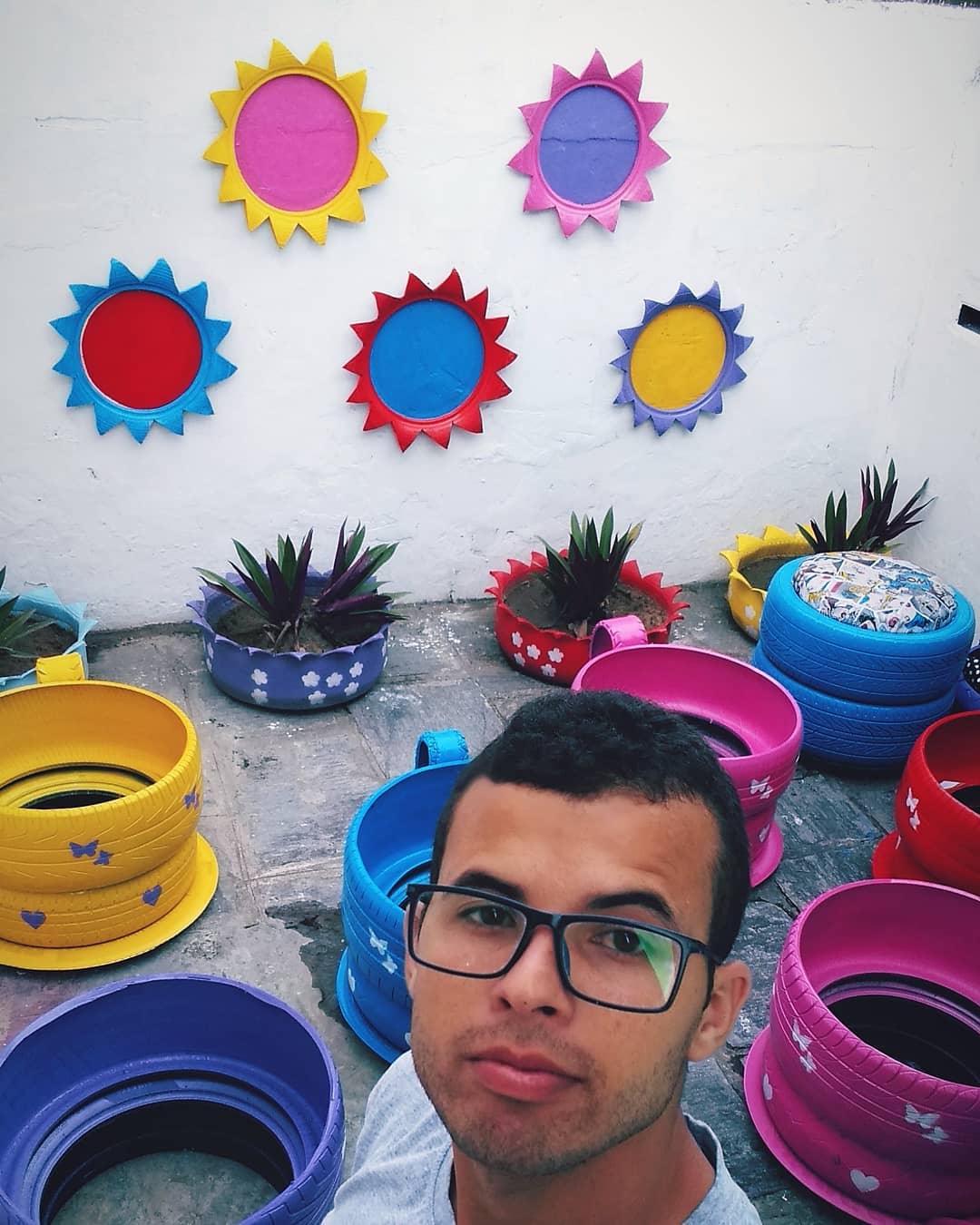 Here’s his version of a Christmas tree. 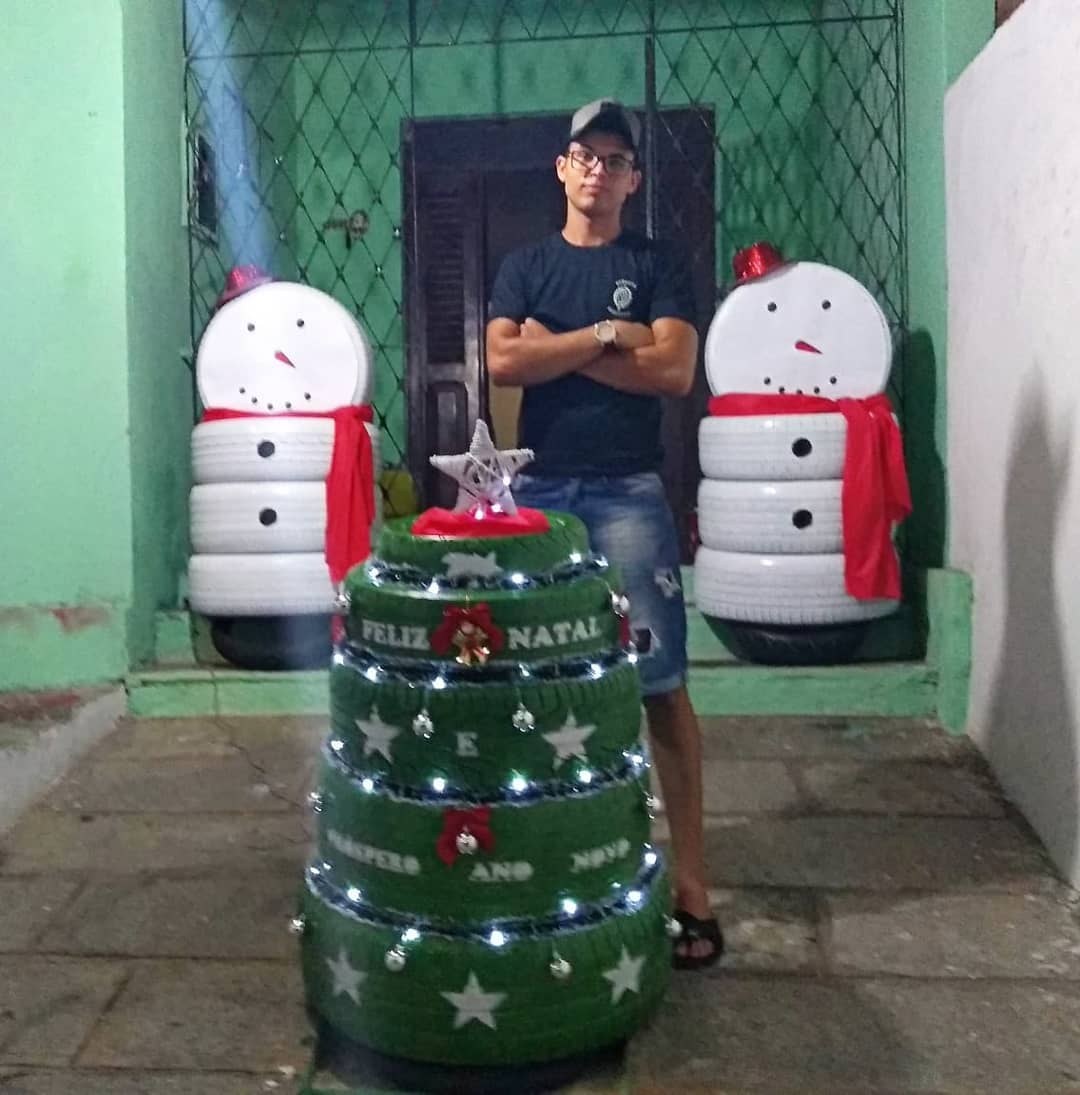 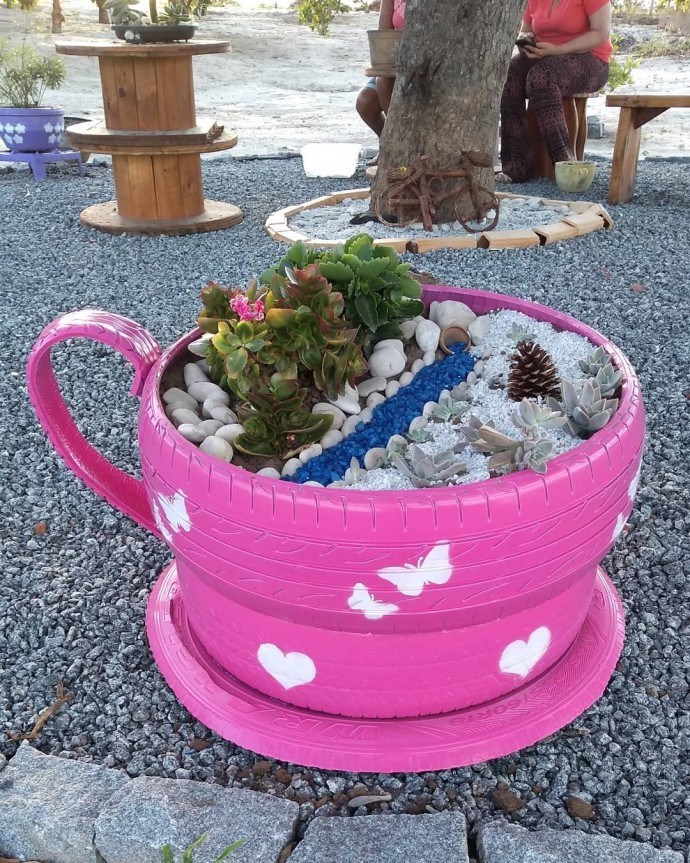 You can also go for the garbage cans. 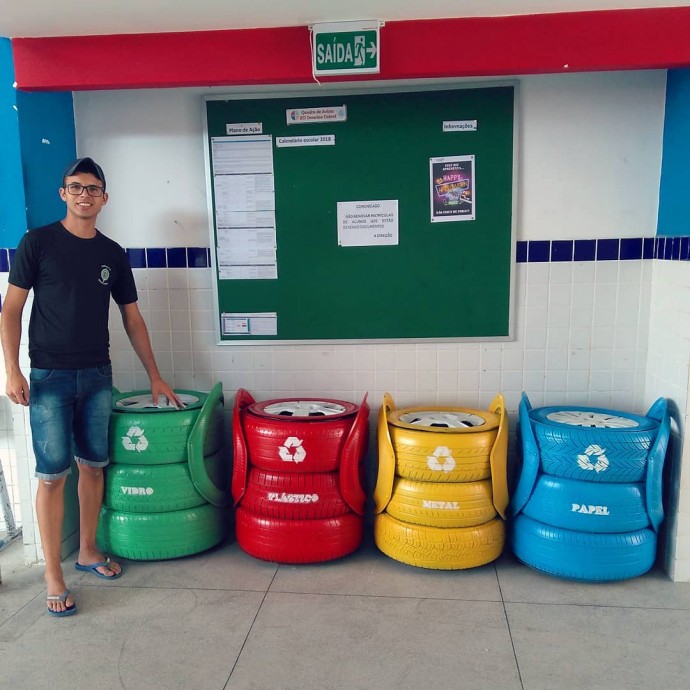 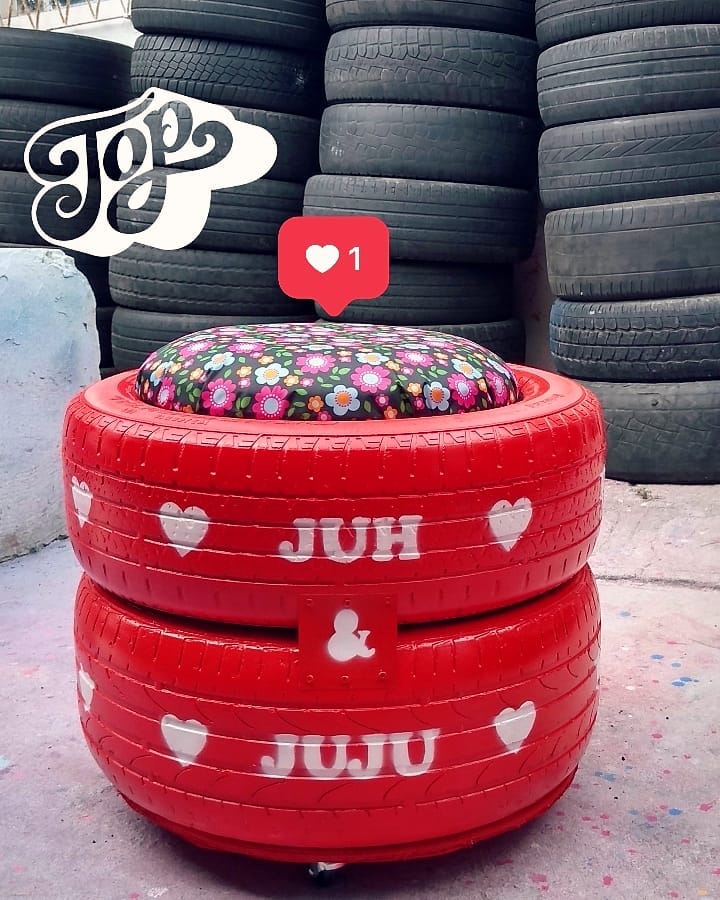 His works has become so popular that he is now being asked to speak to young people in different public schools. 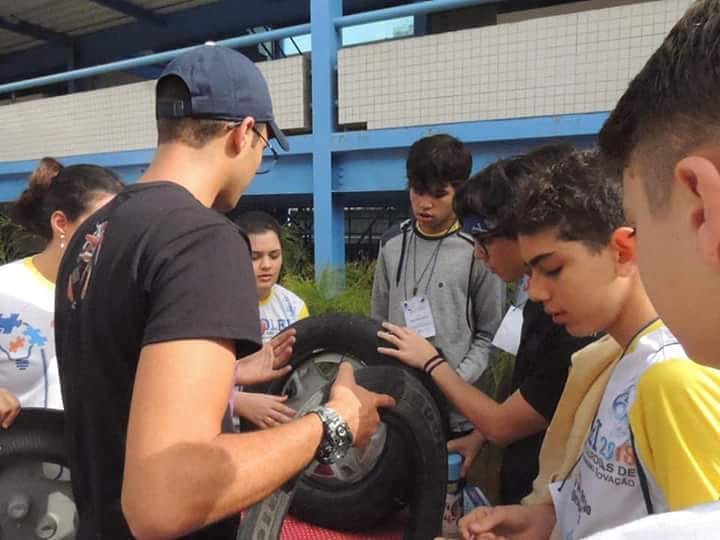