Animal lovers are capable of some incredible gestures, some go out of their way to rescue every furry creature that needs help, others just can’t resist adopting every single animal they somehow manage to rescue.
A Tumblr user named gallusrostromegalus shared an amusing post about his grandfather, who’s arguably one of the biggest animal lovers in history, according to the number of animals he rescued. During his granddad’s 67 years of marriage to his grandmother, he adopted a lot of animals. Raccoons, dogs, cats, squirrels, turtles are just some of the creatures he brought home during the 67 years of marriage with his wife. The list is quite long, but the descriptions gallusrostromegalus wrote make it totally hilarious and worth reading. 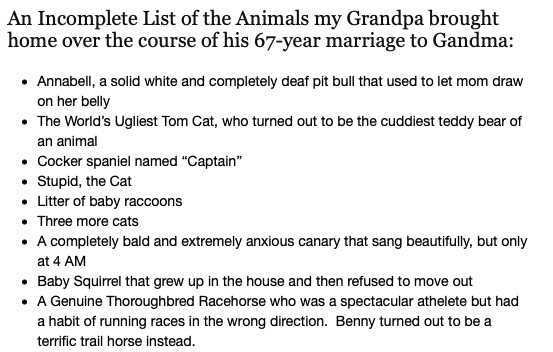 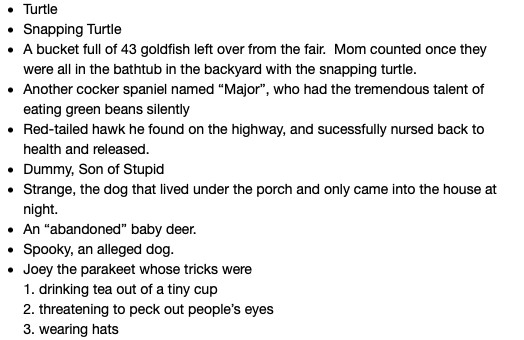