It’s not unusual to see animals of different species getting along together, here at Just Something we’ve previously talked about a Labrador who adopted nine ducklings and a goose who saved a stray puppy’s life.
This time we’re going to talk about the adorable story of a 2-year-old Dalmatian named Jack Sparrow, who is the third wheel in a horse “family”, composed by Nevada, a 9-year-old Appaloosa stallion and Napoleon, a 5-year-old Shetland pony.
Just Something had a talk about them with Greetje Hakvoort, founder of the Human & Horse Hotel where Jack Sparrow, Nevada and Napoleon live.
Although Nevada and Napoleon aren’t blood relatives, they live and act like an actual family, spending together most of their time, and getting along very well. They are both older than Jack Sparrow, who became the third member on the “pack” almost immediately after arriving at the hotel.
“When Jack Sparrow saw Napoleon for the first time as a puppy, he started to jump towards him, because he thought Napoleon was his family, and since then he always wanted to be around him”, Hakvoort told Just Something, “Nevada and Jack are both calm, they like to be around each other, and love to do tricks for me together, while Napoleon is really funny and definitely lives up to his name, having a strong temperament and acting like a little king”.

Jack Sparrow, Nevada and Napoleon have an adorable relationship, and, despite their differences, they are close to each other. What makes everything even more beautiful to see is that they all have a white fur with black spots. “They are real friends, and love to play and run together, but sometimes Napoleon likes to chase Jack” Hakvoort added “Their connection is easy to see, and Jack always wants to be with them in every picture and video”.
This unlikely trio is a pleasure to see, and an actual example of how animals of different species can get along together.
Take a look at some of Just Something’s favorite Jack, Nevada and Napoleon’s photos below. 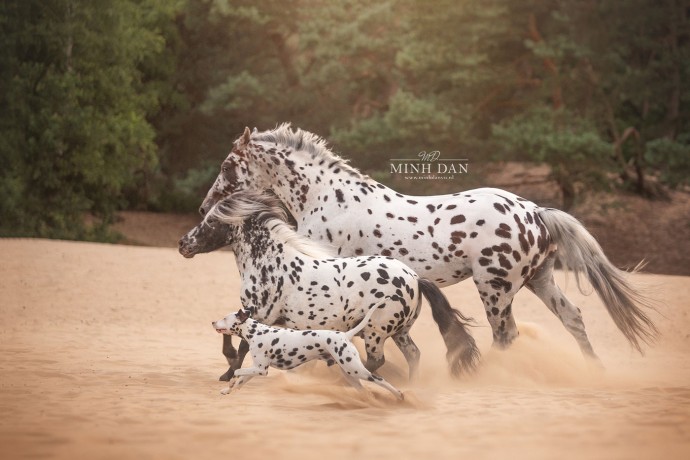 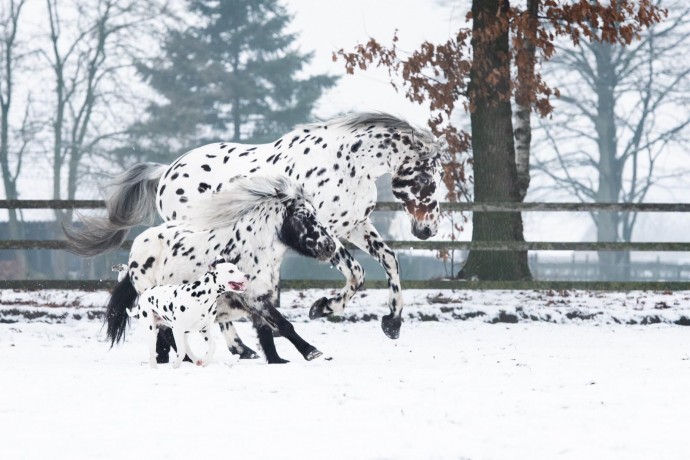 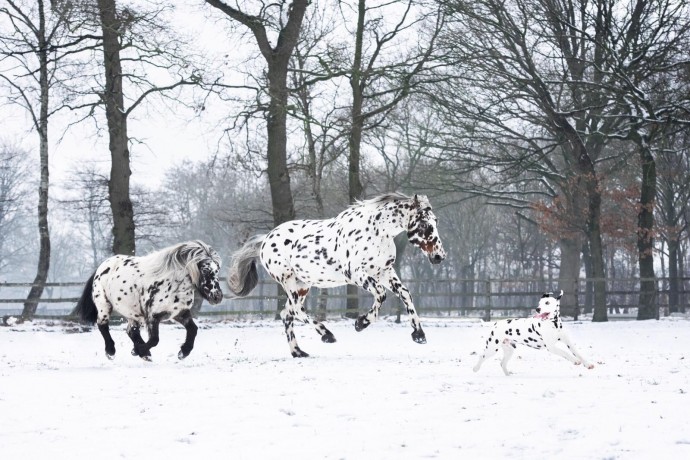 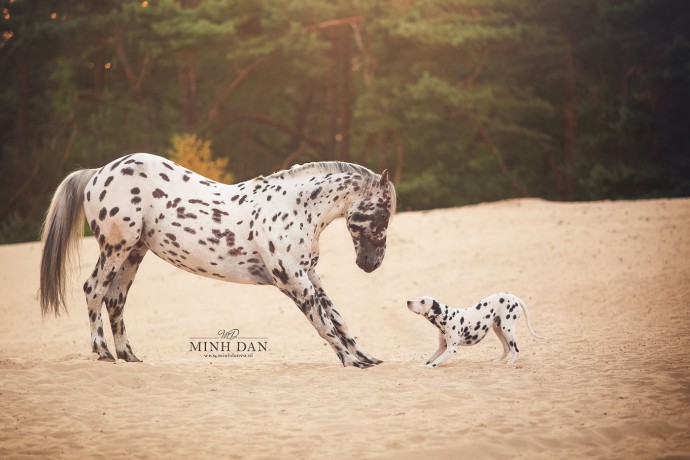 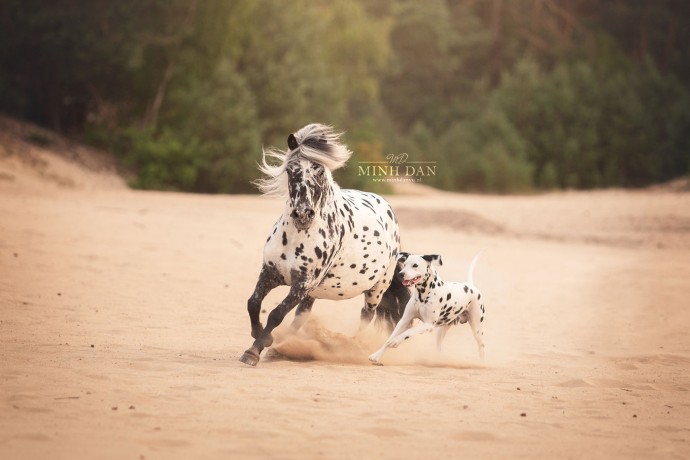 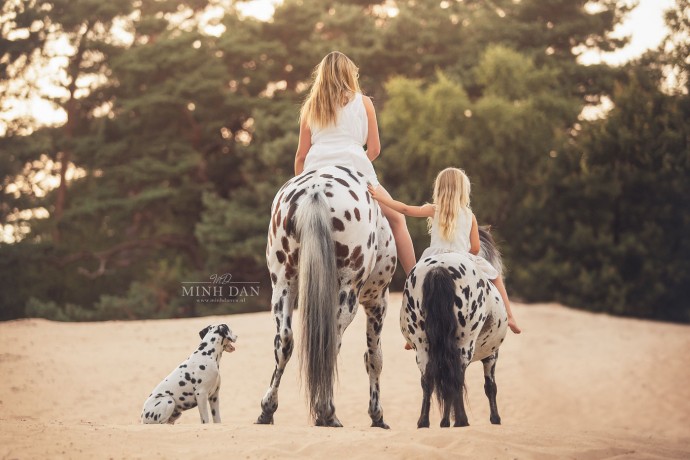 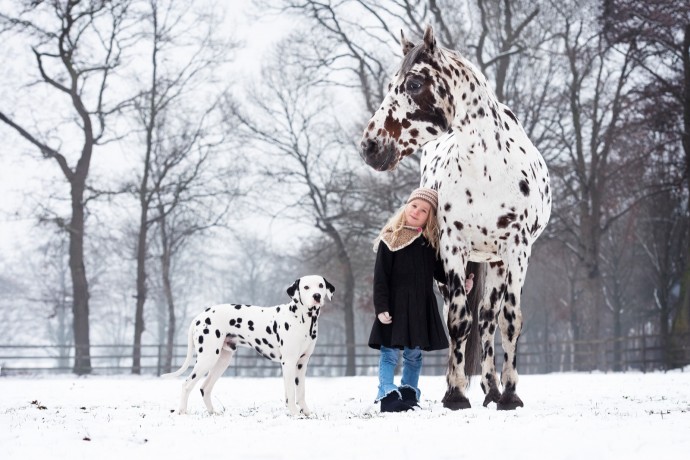 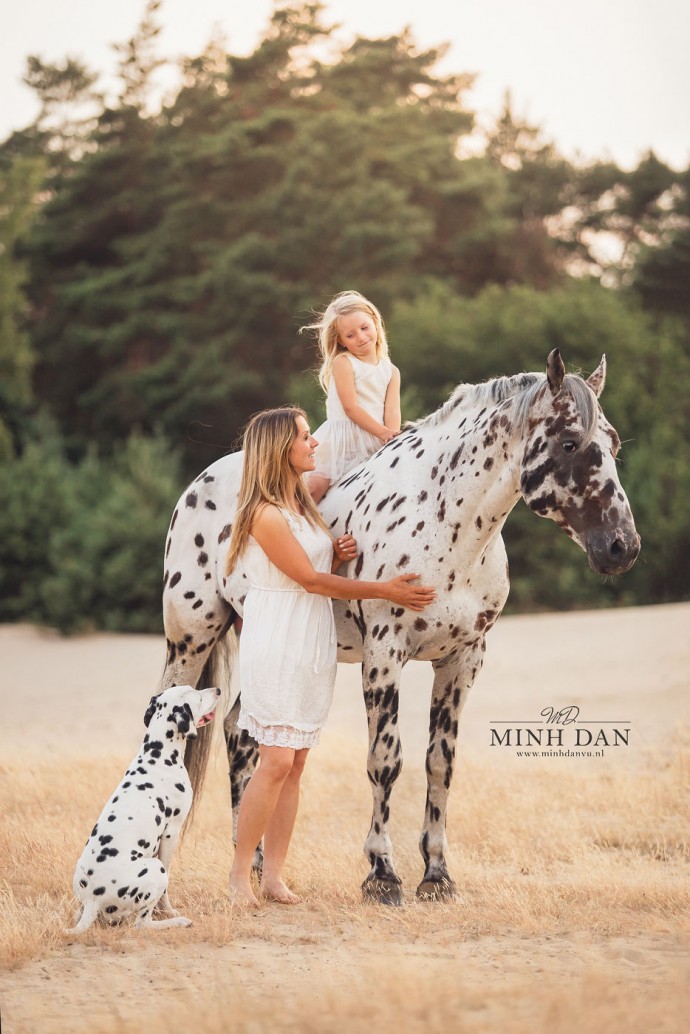 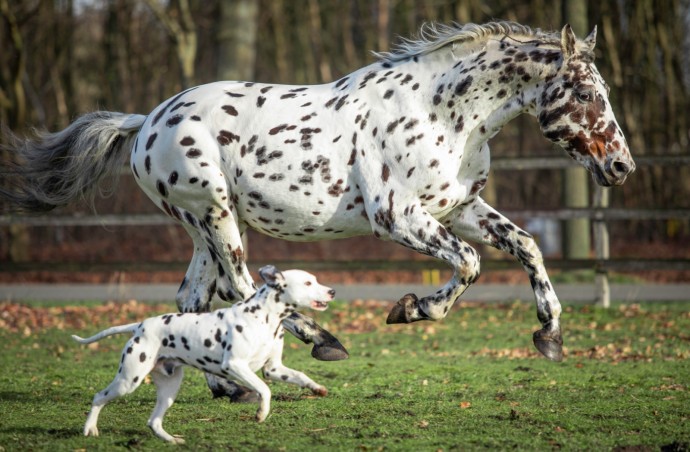 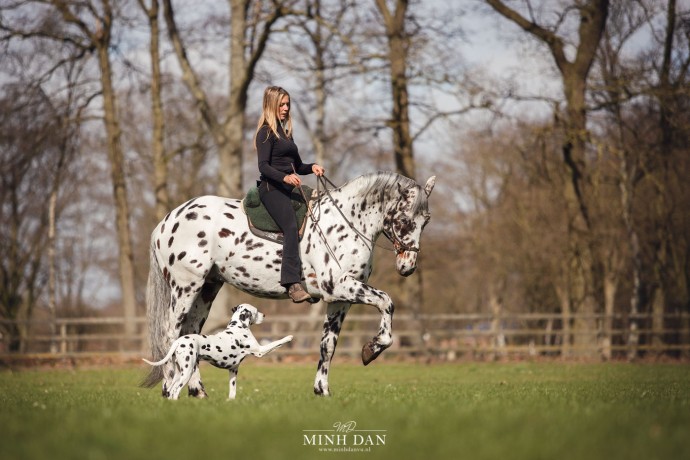