Two years ago Steve Jenkins and Derek Walter adopted a teacup pig, a particular kind of pig that doesn’t grow too much, allowing its owners to raise it even in a relatively small environment. Or at least that’s what they believed.

It didn’t took them much time to understand that Esther (this is the name they gave to the piglet) wasn’t going to stay small as they thought.
Today, two years from the adoption, Esther weighs 670 lbs (about 304 kg), and is a regular pig to all effects.

Despite the surprising growth, the couple kept Esther with them and let her become part of their family.
Once Steve and Derek realized how intelligent and friendly Esther was, they even became vegans, since they couldn’t stand the idea of eating other pigs like her.

Pigs are believed to be as intelligent as dogs, and the love and affection Esther gives them everyday inspired the couple to open their own animal shelter.
Take a look at Esther the wonder pig’s Facebook and Twitter pages.
(h/t: boredpanda)

This is Esther when Steve and Derek still believed she was a pygmy piglet. She weighed 3 lbs (1.4 kg) 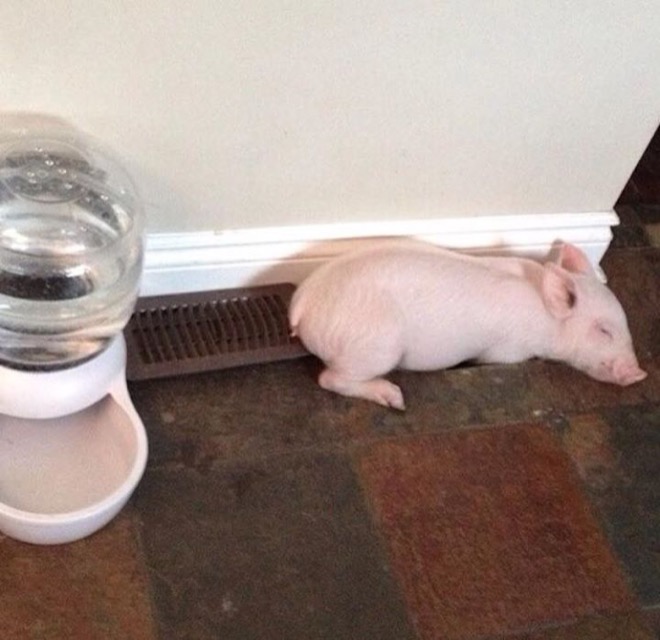 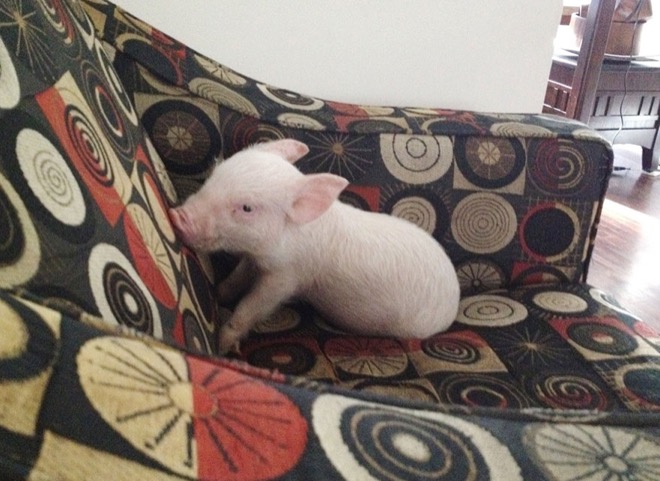 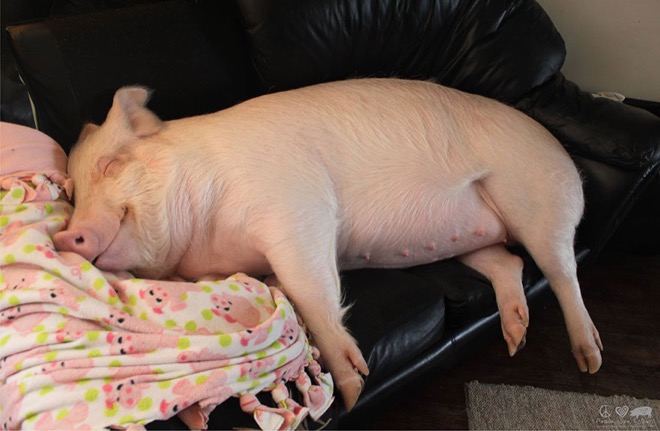 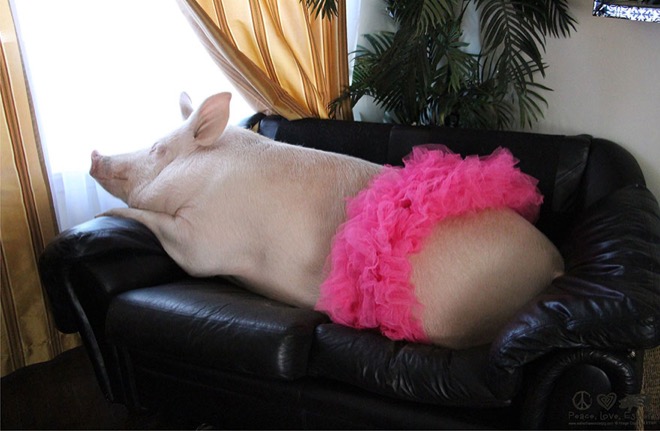 Despite her size, Steve and Derek decided to keep her with them 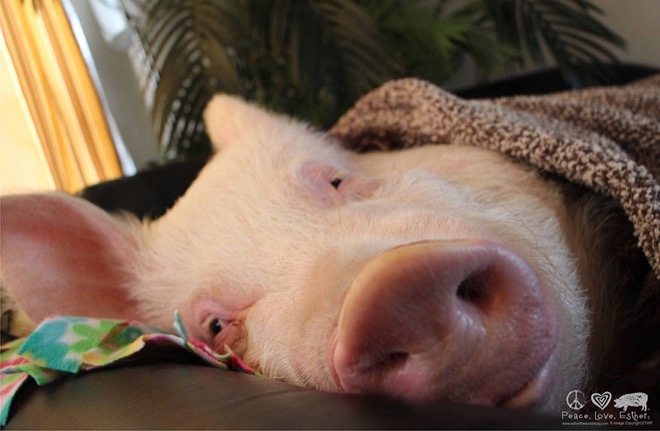 And they never regretted the decision 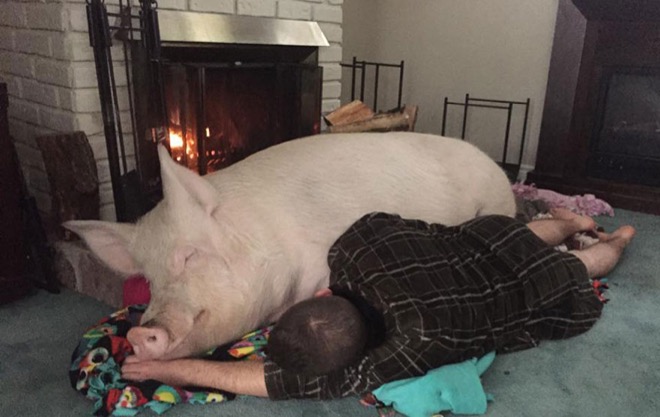 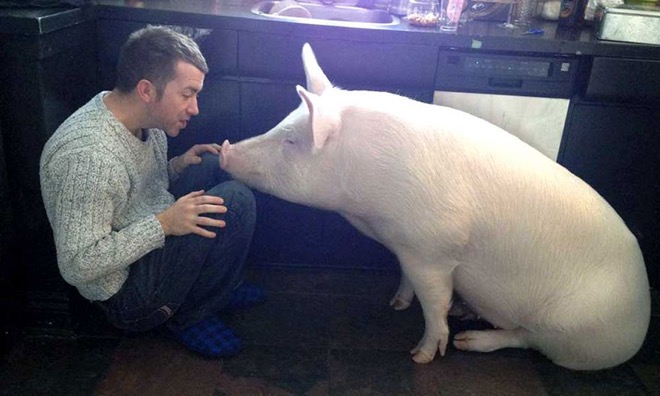 The couple opened an animal shelter, raising $440,000 on Indiegogo to start their activity. 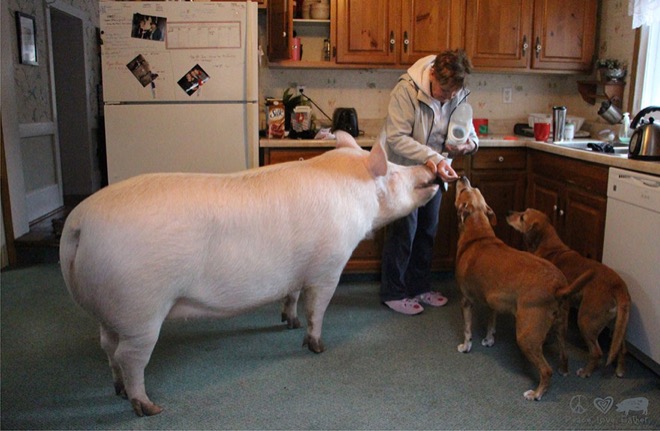 Raising a pig is not cheap, but they are able to give back love as much as domestic animals like dogs 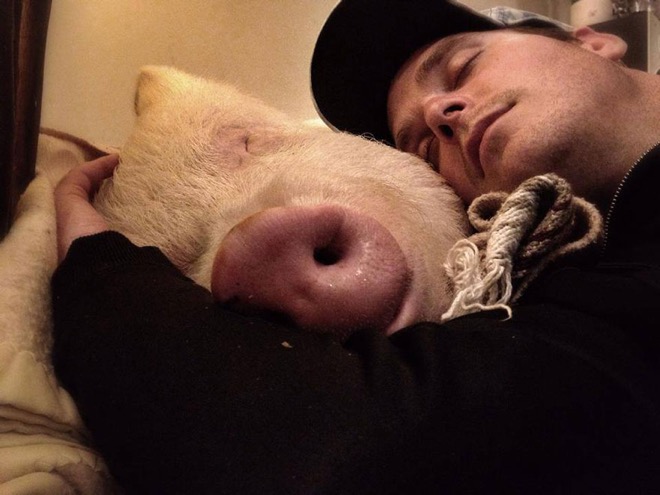 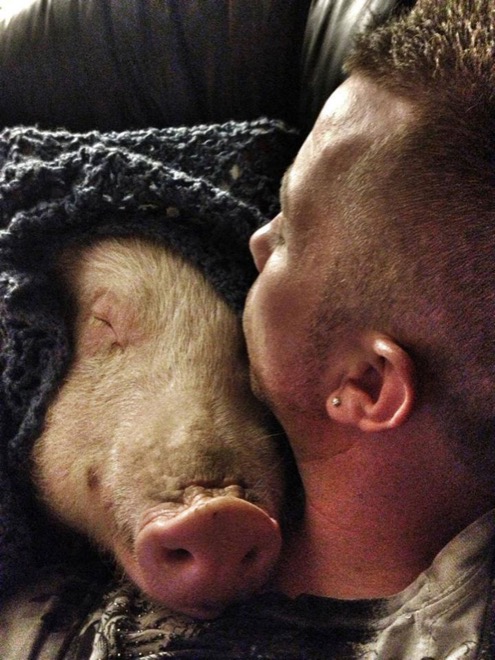 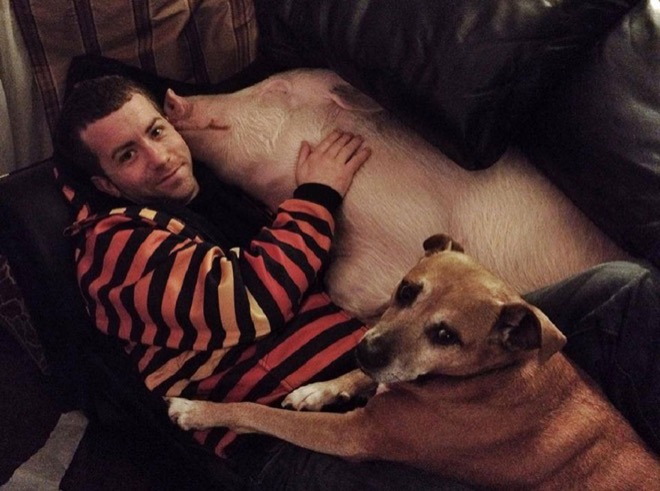 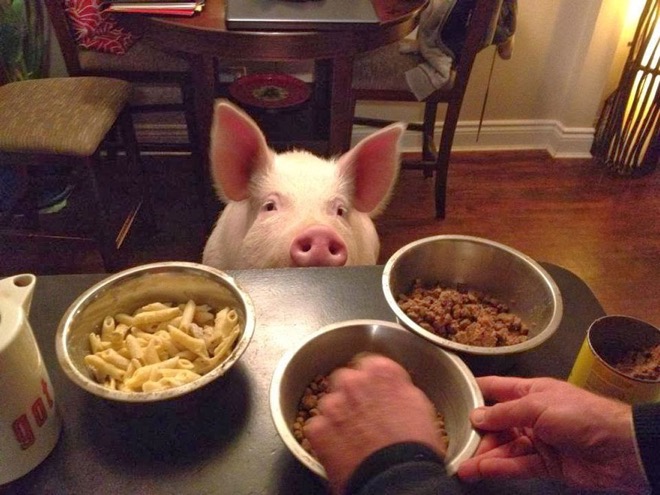 She even made some new friends 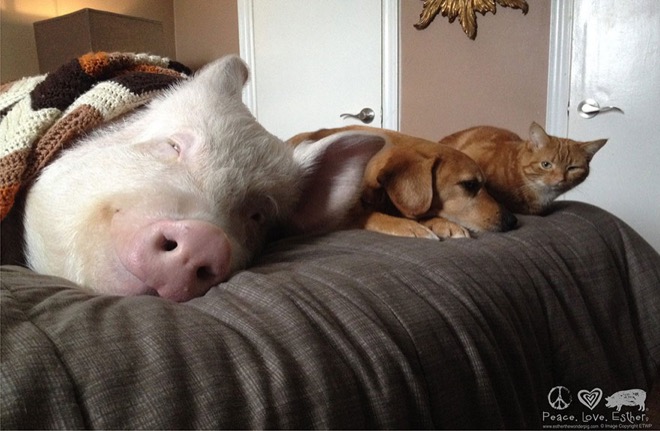 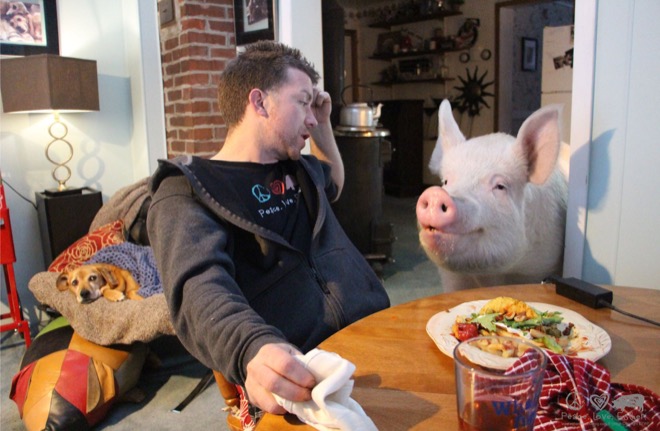 She looks happy living with her two dads. 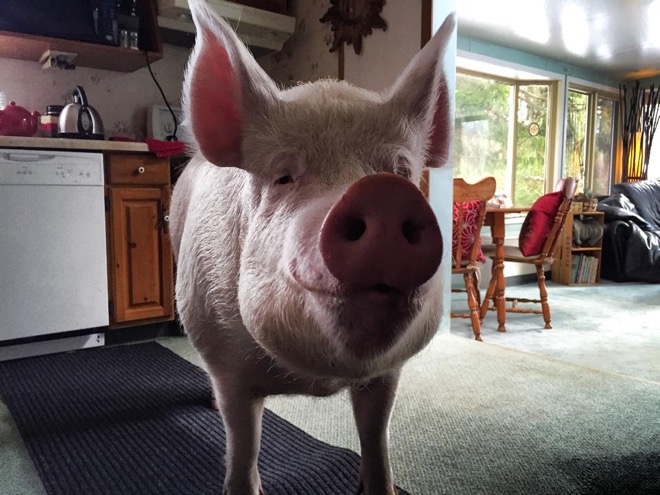 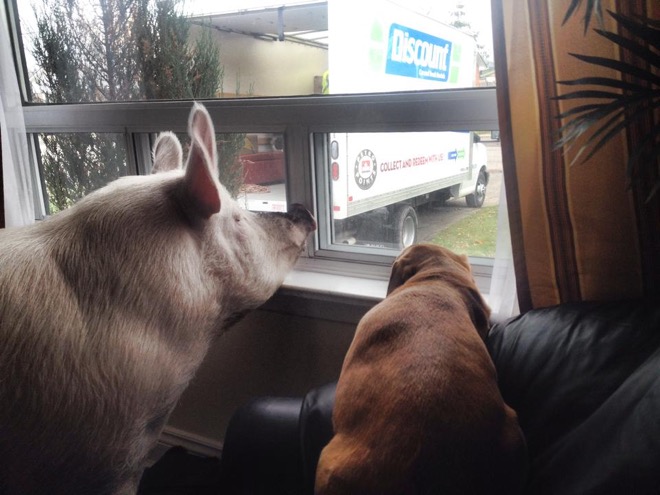