We all have cartoon shows that left an indelible mark in our childhood, and if you’re a 90s or a 2000s kid, SpongeBob Squarepants is almost certainly in your list. If you’ve followed the series well enough, you should remember the part where the characters went on land, and they looked like real life creatures, except for Spongebob of course, who was just a plain yellow sponge. That version is already horrific but nothing is more horrific than the human versions drawn by insanely talented 3D artist Miguel Vasquez. Your inner child might shed a tear or two in the sight of Spongebob’s and Patrick’s human versions. so we say sorry in advance for showing you these, but you deserve to know, so scroll down and prepare for some serious heartbreak. To see all of Vasquez’s work, head on to his Artstation page.
(h/t)

It’s impossible to watch SpongeBob Squarepants without falling in love with forever BFFs SpongeBob and Patrick.

They are one  of the most adorable cartoon tandems ever. However, in the version drawn by 3D artist Miguel Vasquez, they were personified, and the outcome is definitely scary.

Here’s a closer look at Vasquez’s human version of SpongeBob Squarepants, a.k.a the terrifying version. 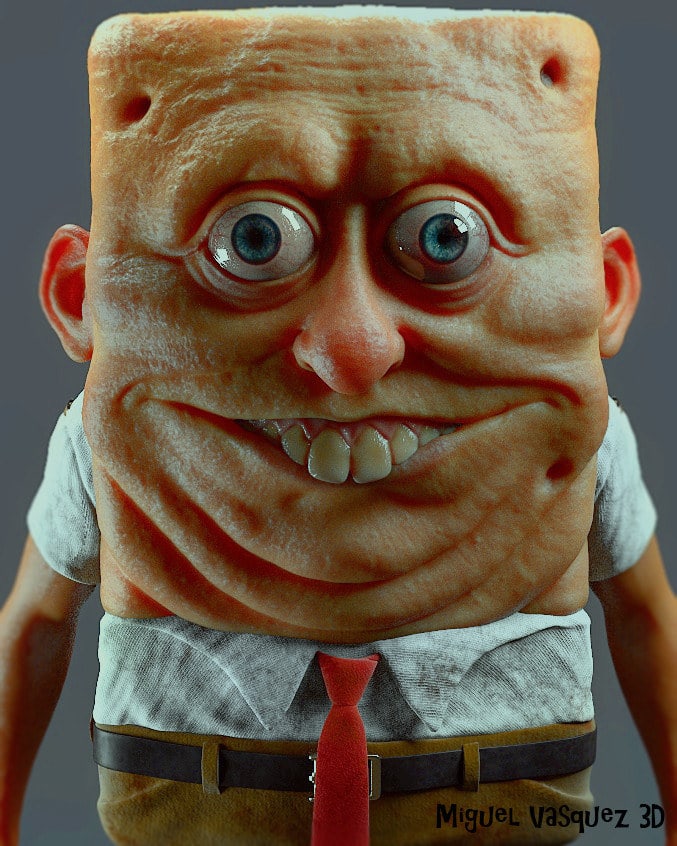 And here’s the not-so-adorable version of the BFFs together. 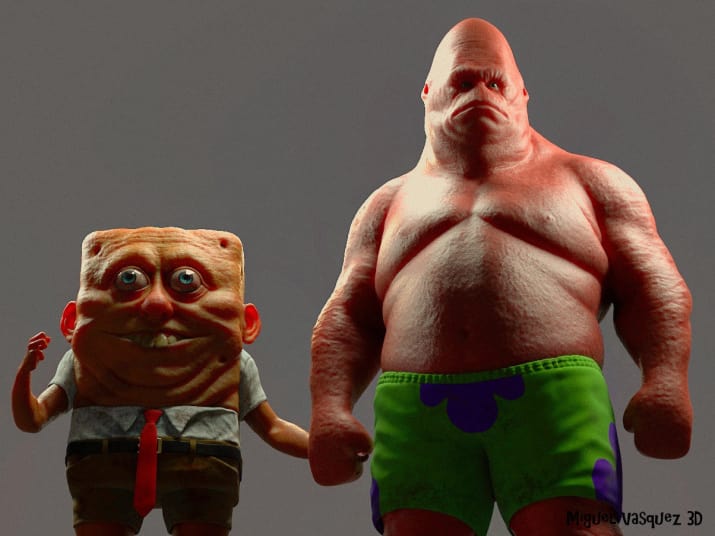 This is how Patrick Star’s human version looks up close. He sure doesn’t look so cheeky anymore. 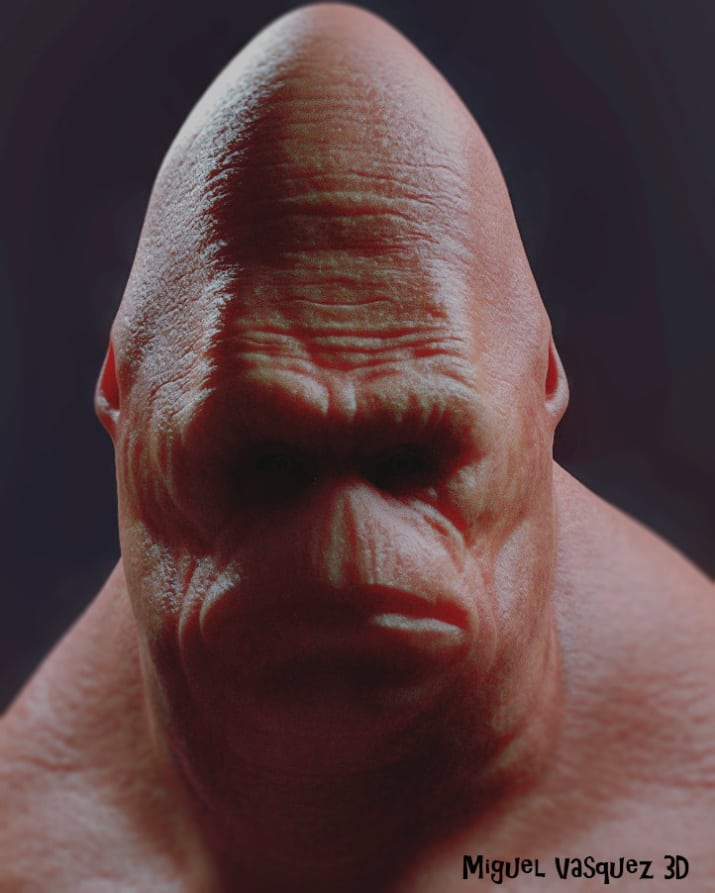 If it was a pain for you to see these, you’re not alone. The whole internet just can’t unseen it. 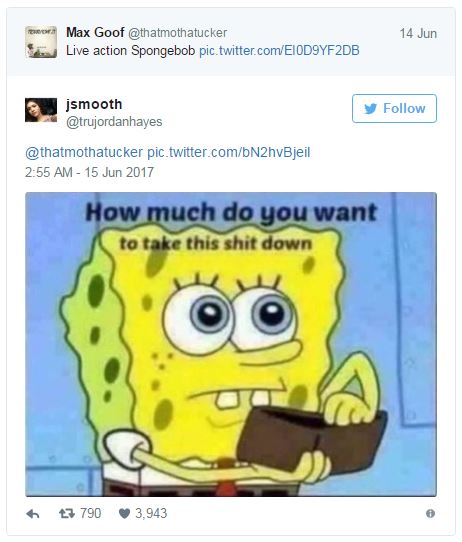 After all, we already know what they really look like in real life. 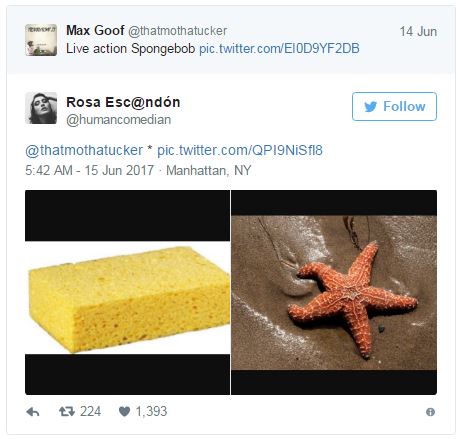 When asked what it feels like to know that many people won’t sleep tonight after the sight of his creation, he jokingly said “That was the plan all along” 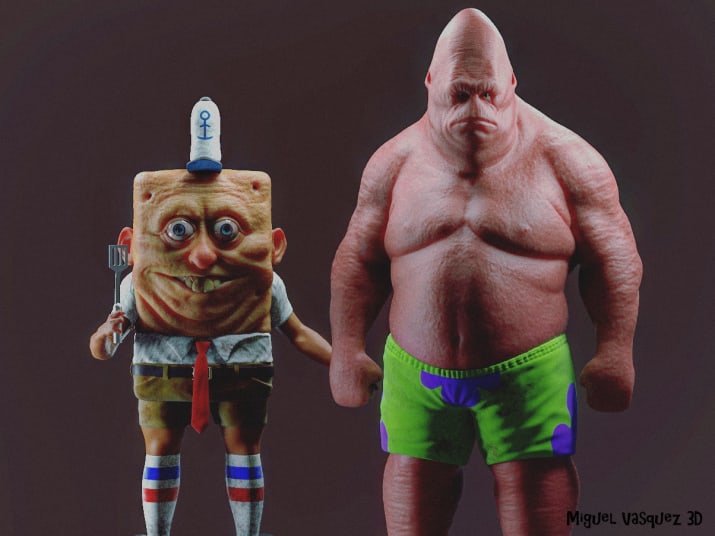 Good luck in trying to unsee these, and congratulations Miguel Vasquez for succeeding in this endeavor of terrifying the child in us. 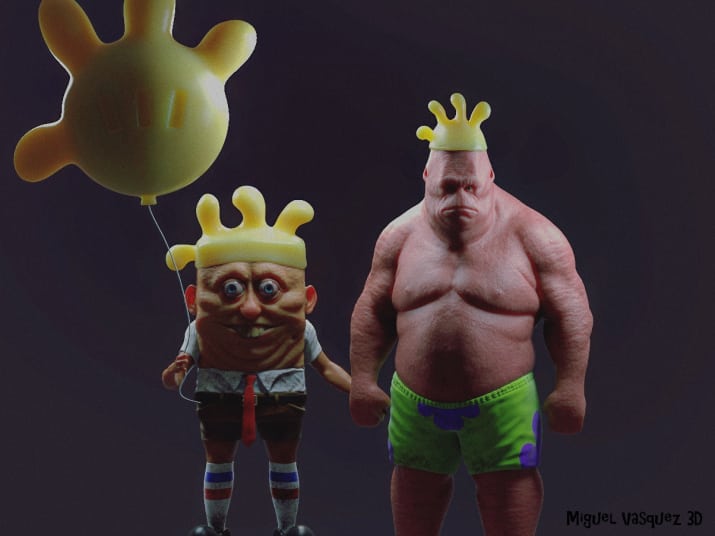 May a hug from mom calm our hearts, and cure our partially ruined imaginations. 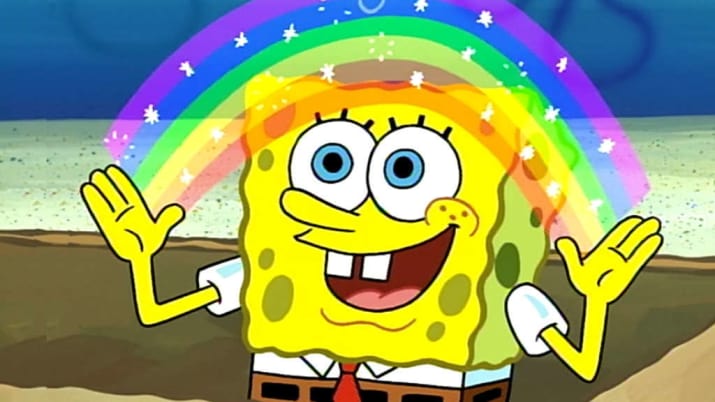