We all know how the average squirrel looks like, however, the Malabar giant squirrel is not like any other squirrel you’ve seen in North America. You’d probably have to look twice if you are lucky enough to see one in person, just like John Koprowski, professor and associate director at the School of Natural Resources and the Environment at the University of Arizona, who thought the giant squirrel was a primate the first time he spotted one in India back in 2006. “These are giants!” Koprowski told The Dodo. These squirrels are twice the size of eastern grey squirrels, measuring 36 inches from head down to tail.
Apart from its size, another distinctive characteristic of the species is its fur color. Richly flaunted throughout its body are vibrant fur hues including brown, black, orange, purple, and maroon, which are colors not usually seen together on mammal fur. The colors on the squirrel’s fur, however, are not only for display purposes, but they actually help them survive in their natural habitat.
“In the shaded understory of a dense forest, the patchy colors and dark hues are a great adaptation to avoid detection” Koprowski said “But when you see these in the sunlight, they show their ‘true colors and beautiful fur” Know more about these beautiful, and multicolored giant squirrels by scrolling through the photos below.
(h/t: thedodo)

This not-so-tiny, shy, and elusive squirrel is the Malabar giant squirrel. It is twice the size of a regular squirrel, measuring 36 inches from its head down to its tail, and it seldom leaves the tops of the trees in Indian forests. 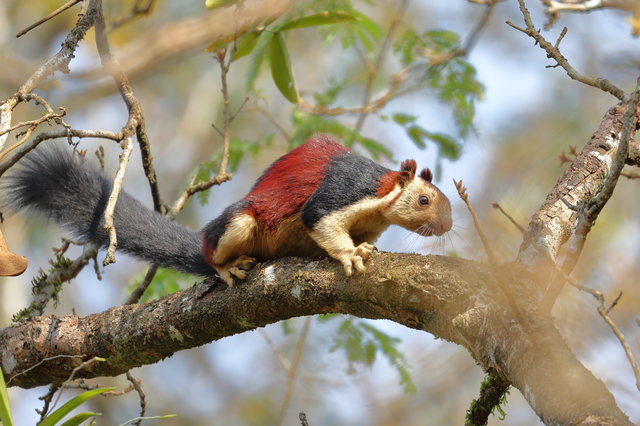 “These are giants!” Koprowski, professor and associate director at the School of Natural Resources and the Environment at the University of Arizona, told The Dodo. 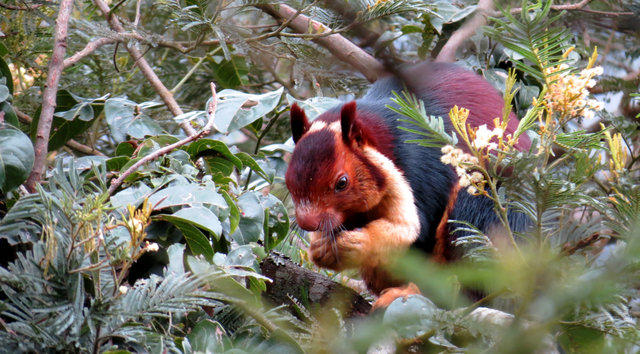 Their multicolored fur is not only for display purposes, as it actually helps them camouflage in their natural habitat. 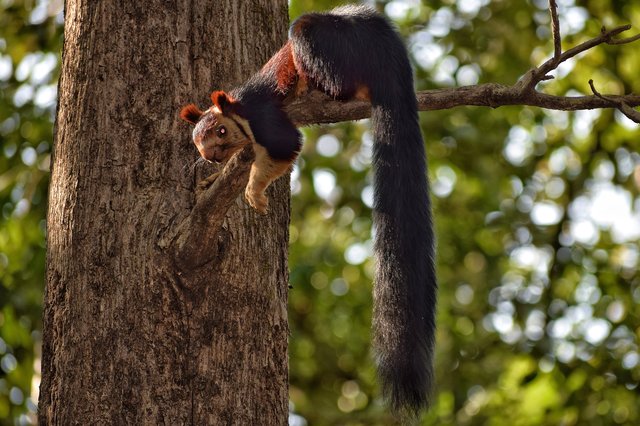 These giant squirrels are upper-canopy dwelling species. They rarely leave the trees which makes them hard to spot when you come looking for them in the forests of India. 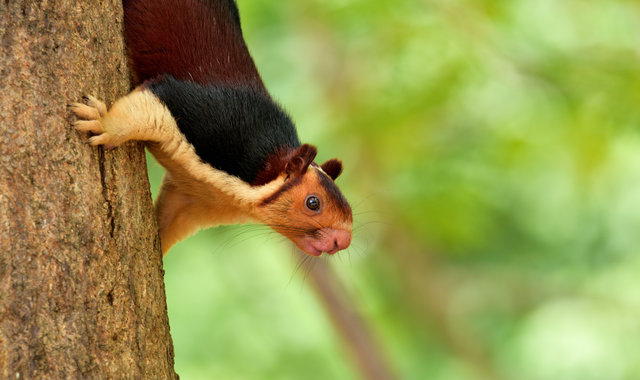 “They are pretty shy,” Pizza Ka Yee Chow, squirrel expert and research fellow at Hokkaido University, told The Dodo. “One of my friends who lives in India shared with me that the best way to see these giant squirrels is to climb up on a tree, stay very quiet and wait for them to emerge from their nest.” 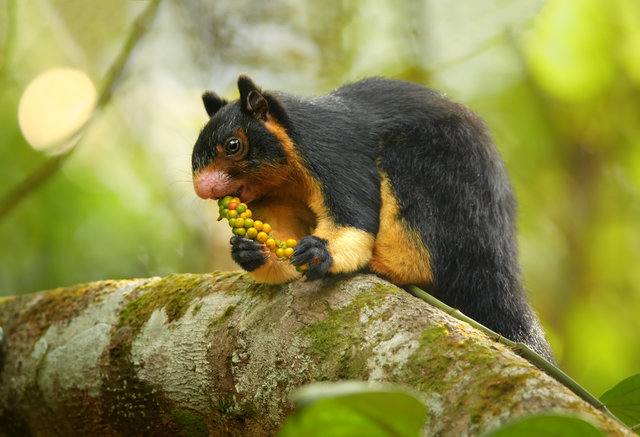 Currently, the Malabar giant squirrels are listed by the International Union for Conservation of Nature (IUCN) as species of “least concern“, however, that doesn’t mean that their population is not decreasing. They may still go endangered if they’re not defended from various threats. 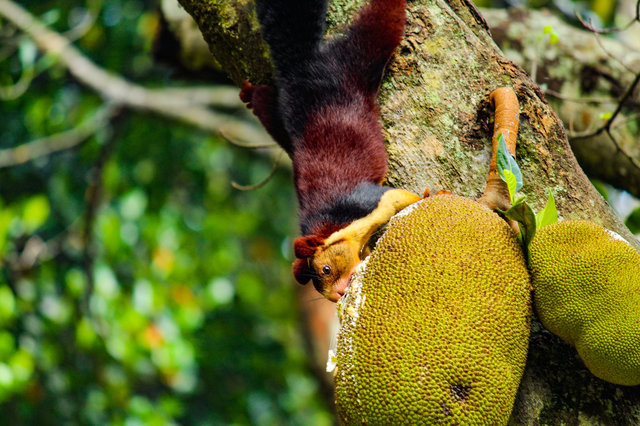 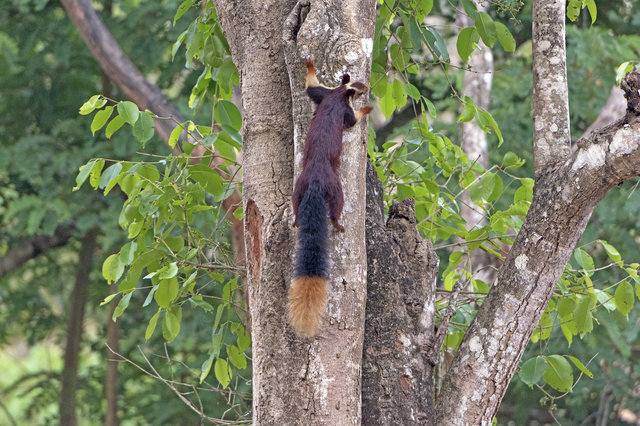 We’re already very lucky to see close-up shots of the elusive giant squirrel. However, were sure many would still want to see this creature in person, in the future. Good thing it’s never late for us to make conscious efforts in conserving the environment for the sake of beautiful species such as these Malabar giant squirrels. 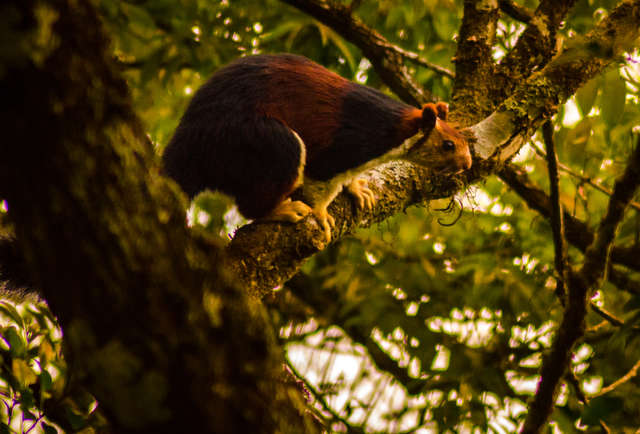