It was last year’s Valentine’s Day when one of the deadliest school shootings in the history of the United States happened. The world watched in horror as news of the Marjory Stoneman Douglas High School shooting incident at Parkland, Florida showed up on TV screens. The attack caused seventeen victims, seventeen others injured and the rest of the living victims traumatized.

After the incident, life had to go on for everyone. Mental health doctors continued to look after the victims and their emotional state, and to further help the victims cope, therapy dogs were brought to the school. The dogs were a huge source of comfort. Each day, they go to classes, wag their tails about, hang around with the students and greet people in the hallway. The presence of therapy dogs helped immensely, when students experience anxiety and sudden panic attacks, they see the dogs and they calm down in a few minutes, hugging the dogs, tickling and rubbing their bellies. Sometimes the dogs would just sit and accompany students.

Teachers at the school can not help but applaud these dogs. Sarah Lerner, Marjory Stoneman Douglas High School’s English and journalism teacher and yearbook adviser, given the positive effect the dogs had on the survivors, thought that including them in the school’s yearbook would be the right way to honor the dogs’ work.

When the yearbook photos of the therapy dogs were posted online, they quickly went viral and once again, people were reminded of the shooting that changed the students’ and teachers’ lives forever. Yet now, the heartwarming photos of these therapy dogs managed to remind everyone how love can help people recover from the darkest days of their life.

Here is the page of the yearbook with all the therapy dogs.

The yearbook’s theme was about how the community has changed a year after the shooting. They decided that including the dogs would speak volumes.

Grace, Chief and Emma were proud to be part of the project.

They had so much fun during the shooting

Here is Emma being the good girl she is.

These dogs make students and teachers look forward to going to school each day, even after everything they have been through.

Including the therapy/service dogs in the yearbook is the best decision we’ve made so far like this one dog had a bowtie and my heart 😭💗💕 pic.twitter.com/ecP9X01wqD

One of the therapy dogs is 4-year-old Chief. A yellow Lab who is popular with the kids. He’s great at calming them whenever they experience a sudden panic attack.

Most people obviously loved the initiative 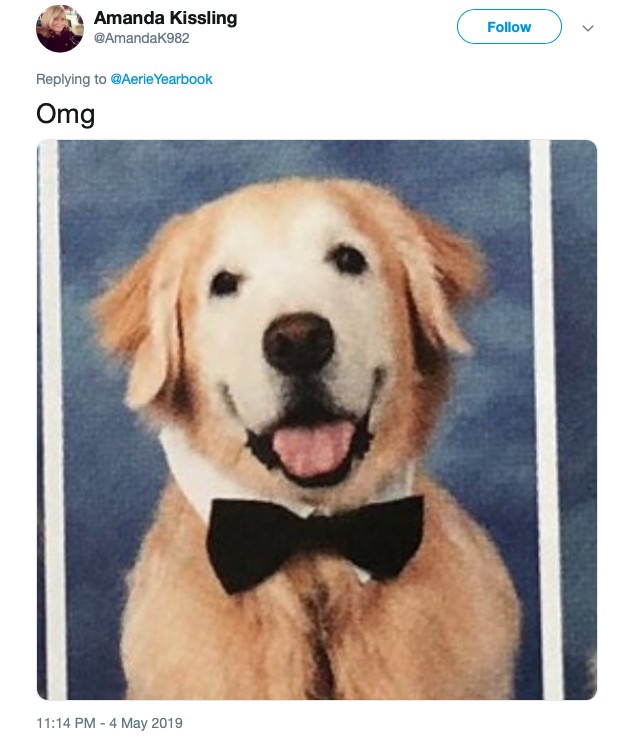 Praising both the dogs’ work

And the school’s idea

But the fact that so many students needed therapy dogs hit everyone hard in the feels.