We’ve published many list of funny texts in the past: text from parents, funny responses to a wrong number text, the funniest text message pranks and more, but we never published funny text message sent from dogs.
Dog owners wonder so many times what would dogs say, if only they could talk, but obviously never found an answer to their question… until now!
The hilarious tumblr textfromdog by October Jones tries to imagine what his dog would text, if he could.
Turns out that his dog loves Batman, gets excited whenever he sees a ball and absolutely dislike the postman.
Textfromdog became so popular they also published two books, that you can see here.
Take a look at our favorite picks below. 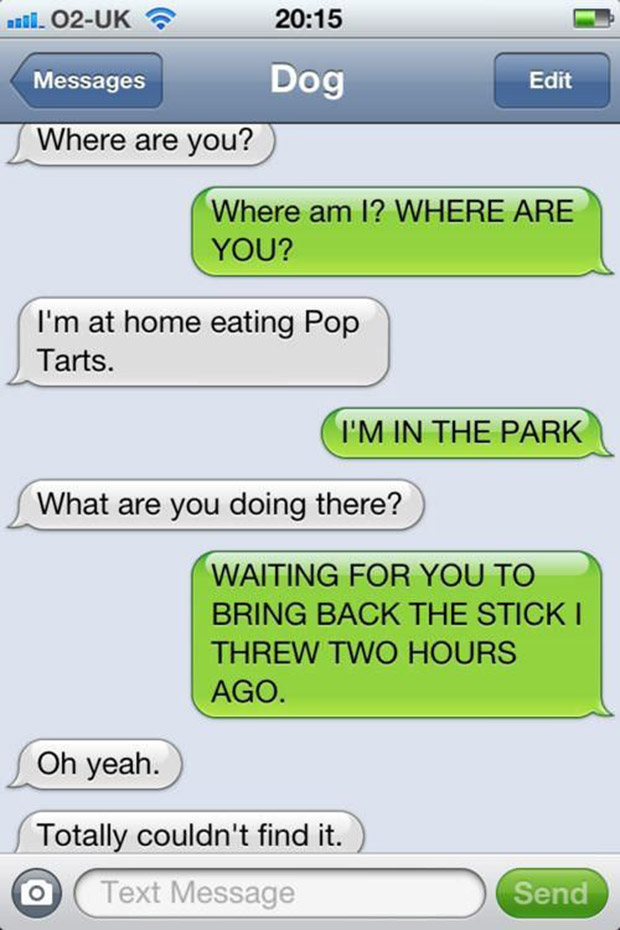 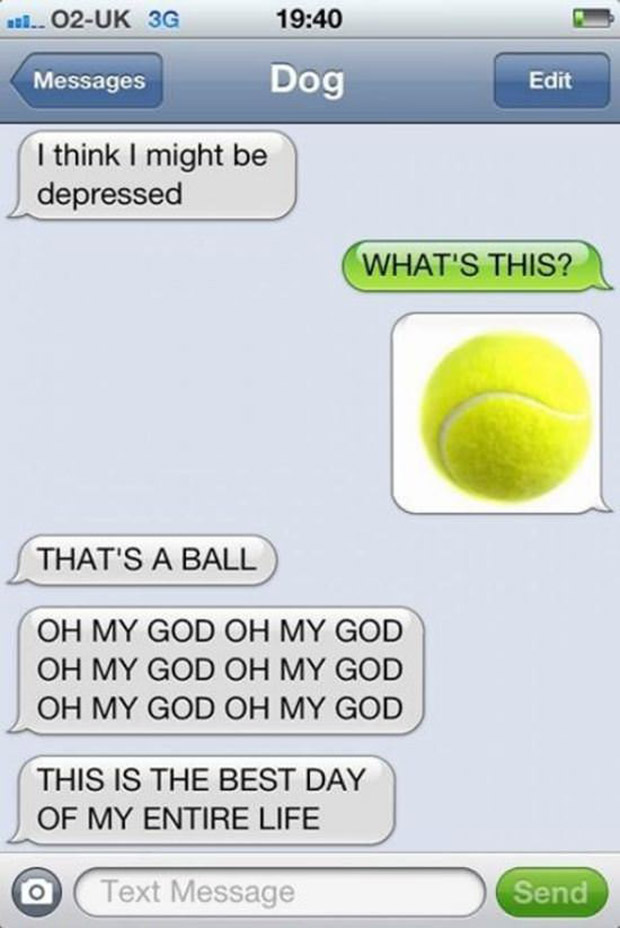 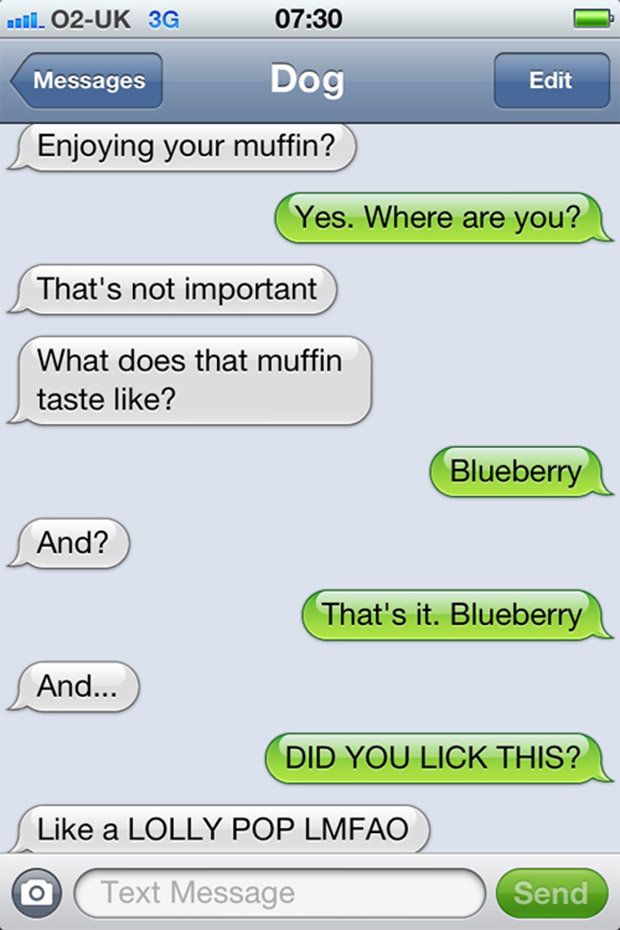 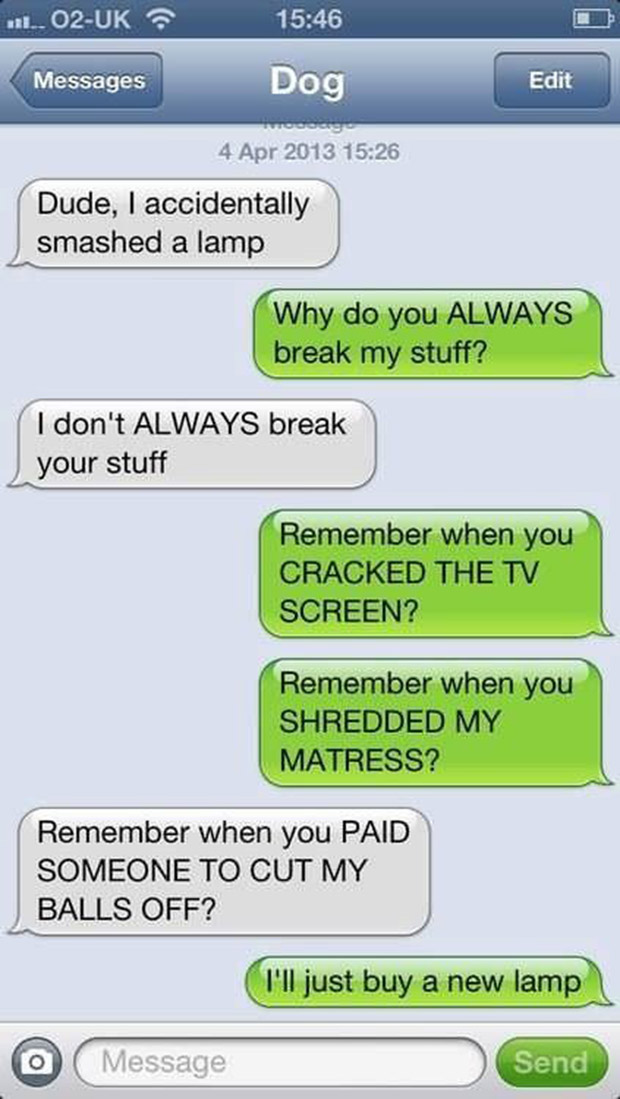 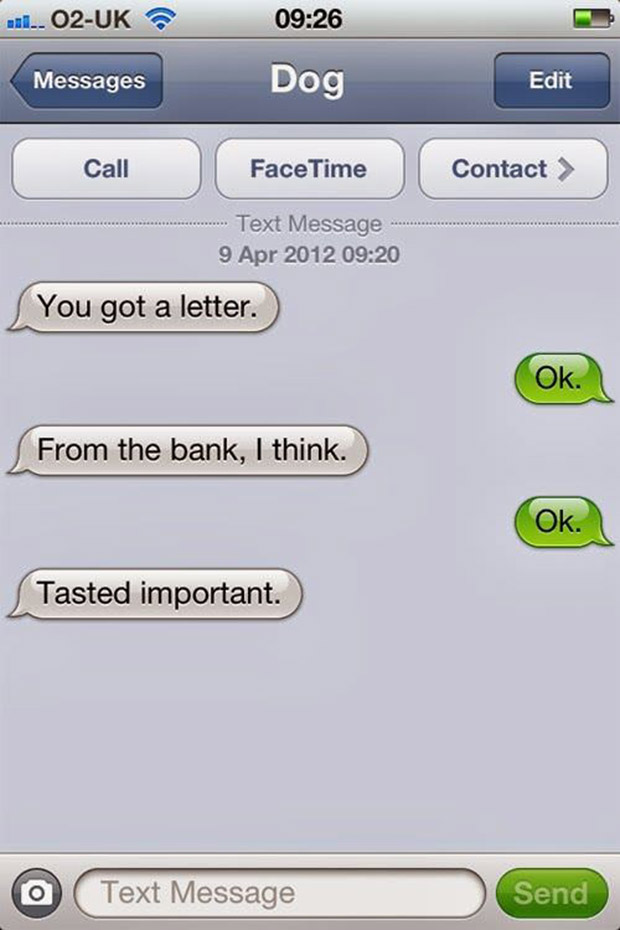 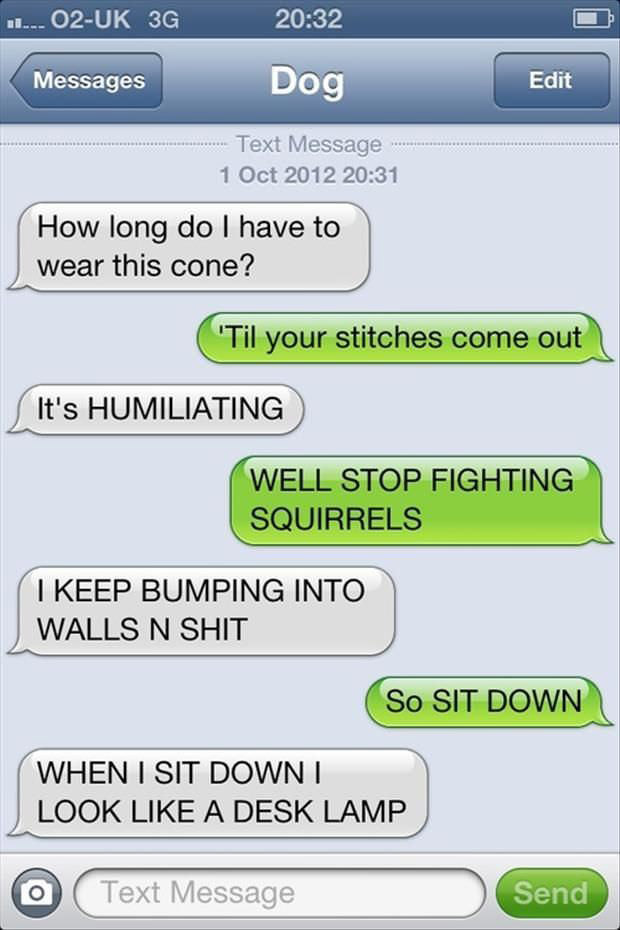 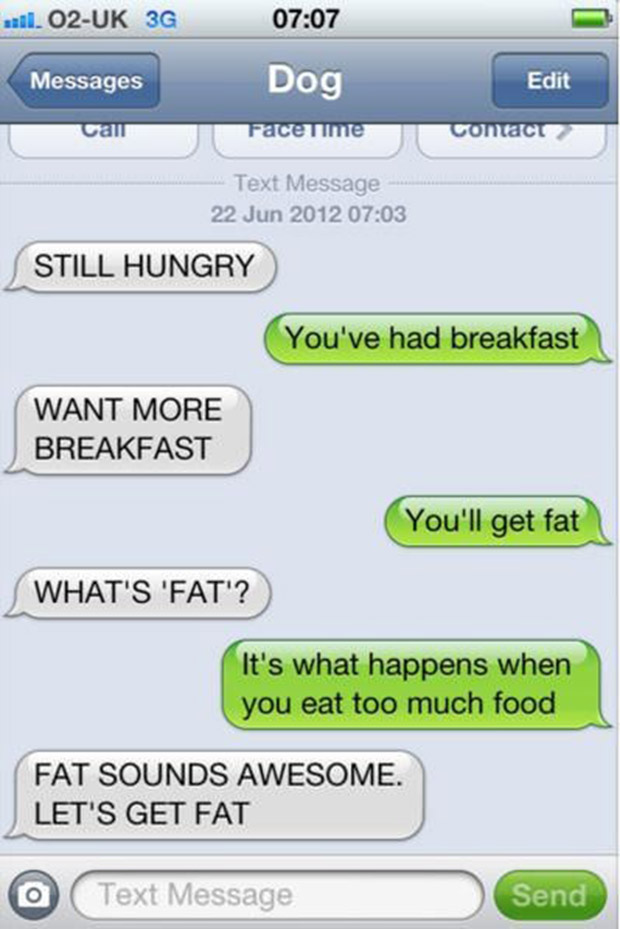 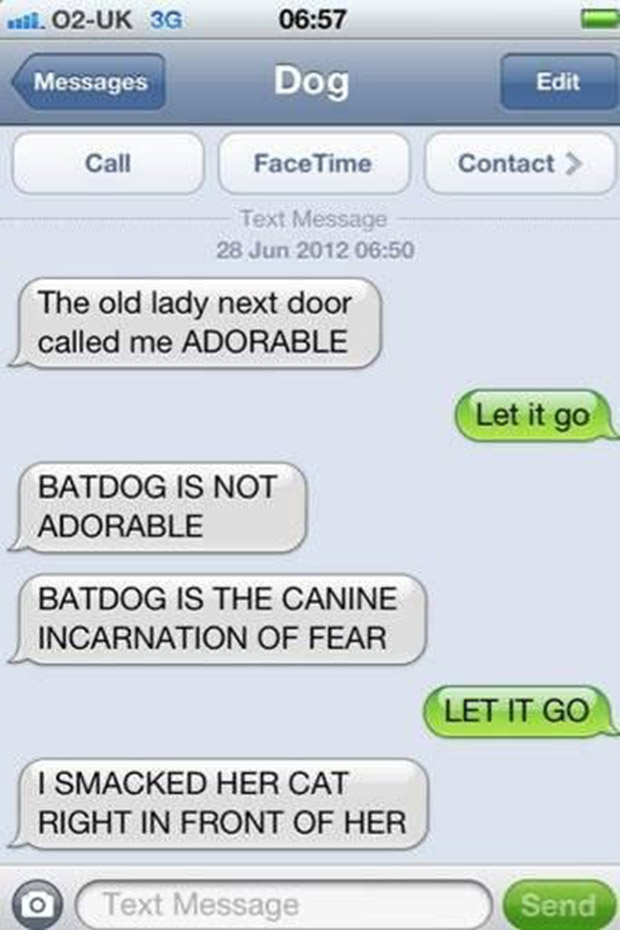 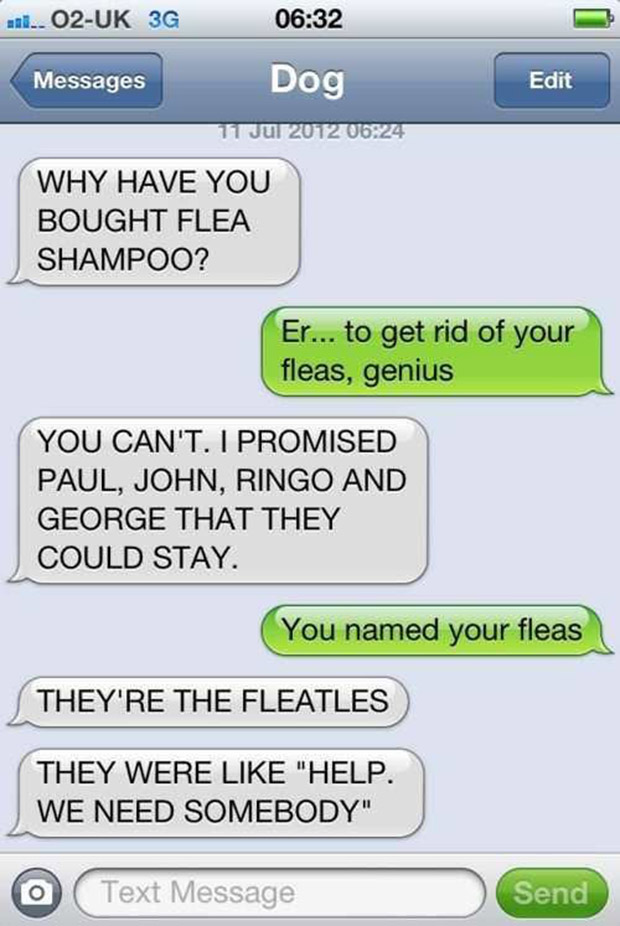 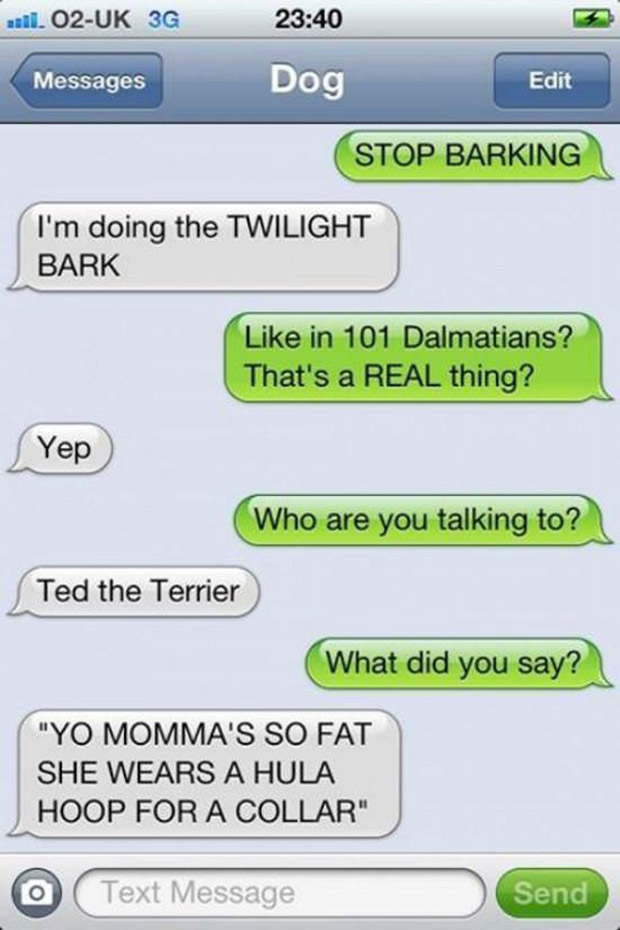