The pit bulls you see in the first set of pictures are Bumper and Willis.
Bumper is a dog coming from St. Louis, she was saved by Mutts n Stuff, a local pit bull rescue, from a dog fighter who tried to make her fight, but she refused to engage. Willis is the son of a pit bull rescued during the largest pitt bull fighting bust in U.S. history.

Photographer Lynn Terry took these pictures when she decided to put the two pit bulls in a photo booth. It’s a perfect shot showing that pit bulls are just like any other dog species in the world, it’s just humans’ fault if they are seen as fierce animals. 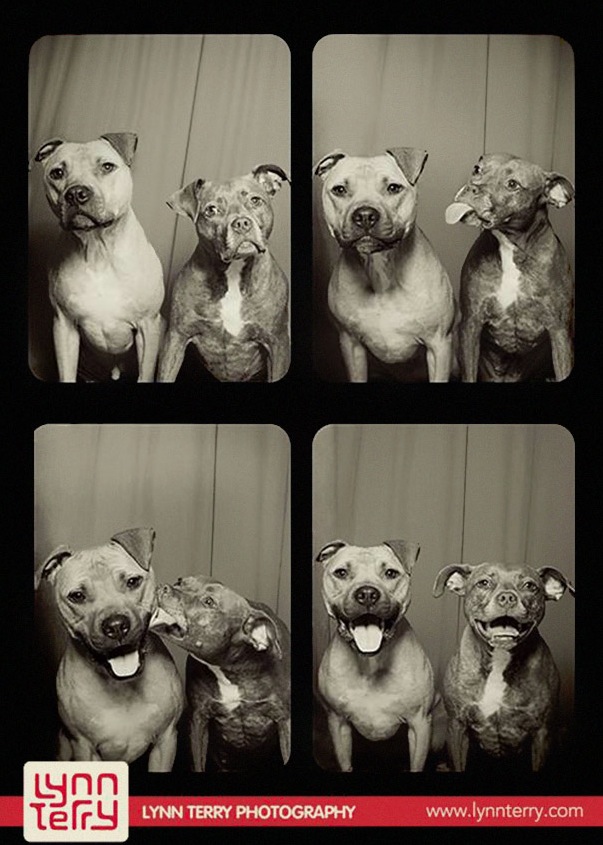 In the second set of photos, taken a few years ago, you can see two more dogs saved by Mutts n Stuff, Tucker and Pitunia, and curiously they had te same reaction of Bumper and Willis when they were put in the photo booth. Lovely. 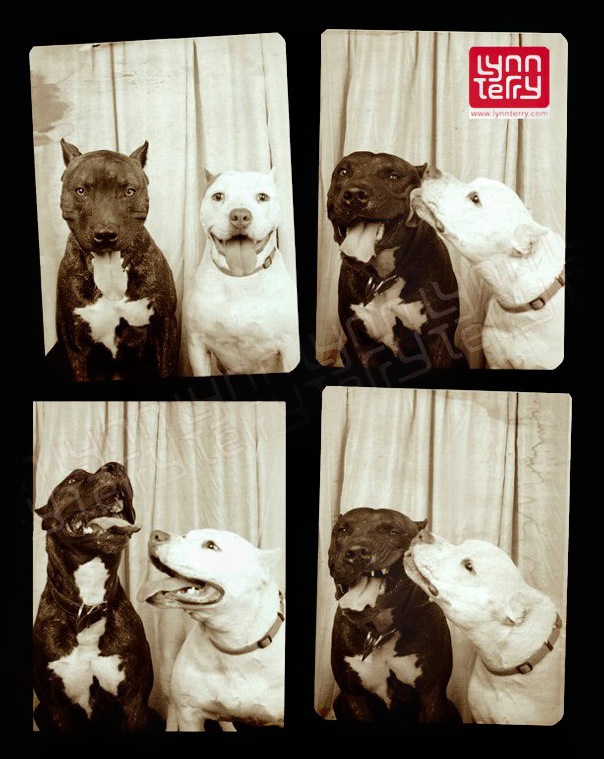 The last two sets of pictures were taken this year on Valentine’s day, this time Terry decided to celebrate the day of love by involving more dogs, and the results are absolutely cute as well. 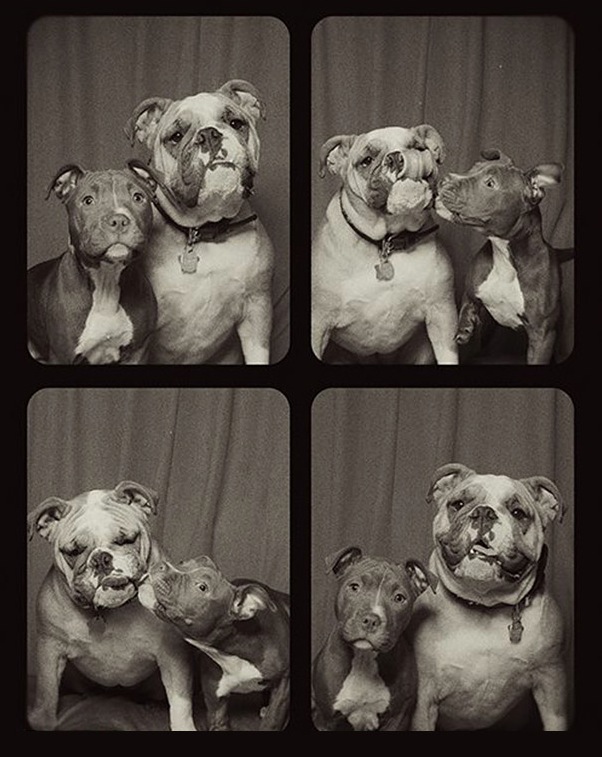 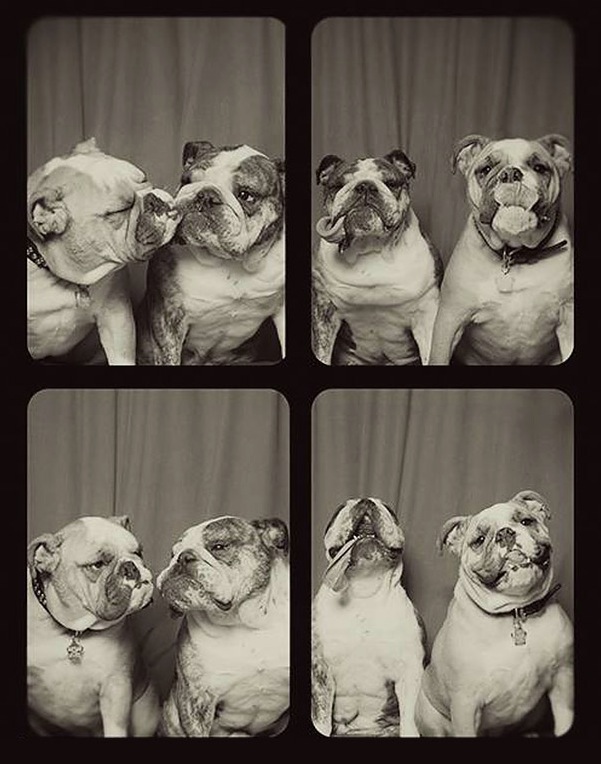