Flavia Carvalho is a tattoo artist from Curitiba, Brazil, who in the last two years has helped women victims of domestic violence to cover their scars with some amazing tattoos.

She has called this beautiful project “A Pele da Flor” (The Skin of the Flower), aiming to transform the signs of a traumatic experience into something empowering and beautiful.

Flavia Carvalho helps women who were victims of domestic violence by tattooing their scarred body parts. More than that, she does it for free. 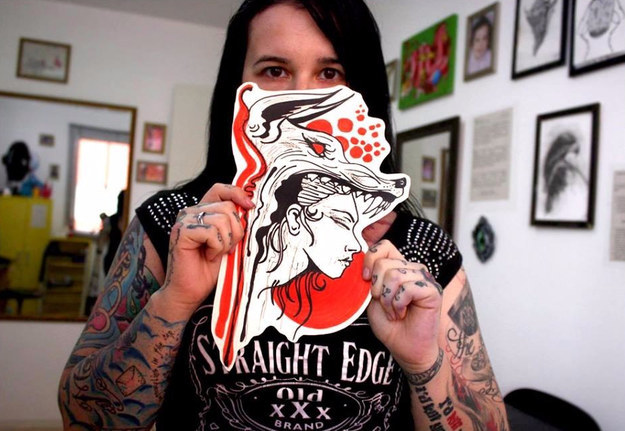 It all began when one of her clients came to her two years ago to cover some scars on her body with tattoos. However, those were not the usual scars: they were marks of domestic violence. That moment made Flavia realize that she could do so much for these women and she decide to help as many abused victims as possible. 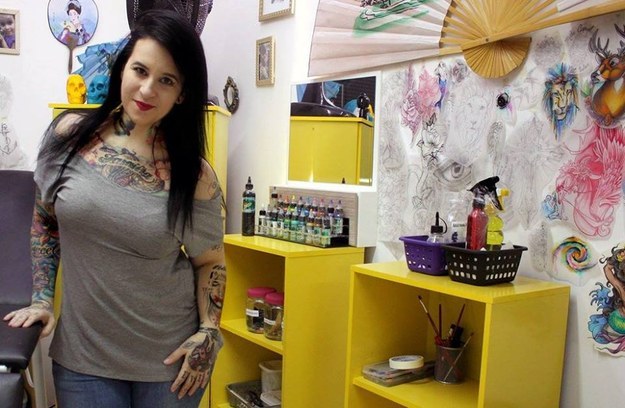 She began the project A Pele da Flor (The Skin of the Flower), through which she seeks to offer tattoos free of charge to women who were subject to domestic violence. 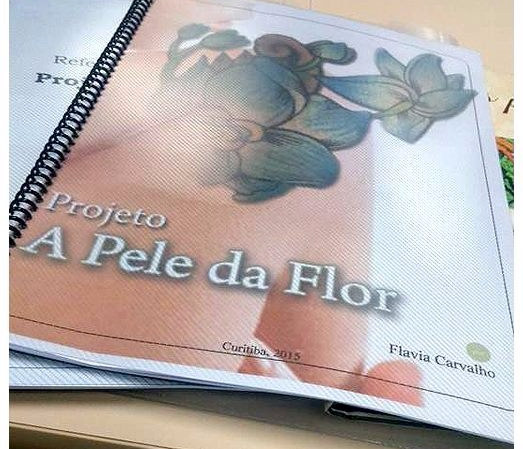 To raise global awareness, she shares pictures before and after the tattoo. She says:“The one that shocked me the most was the story of a 17 year-old girl who dated an older man and, for months, suffered from the physically abusive relationship” In the picture below, there is the image of a scar made by a bullet, which was then covered. 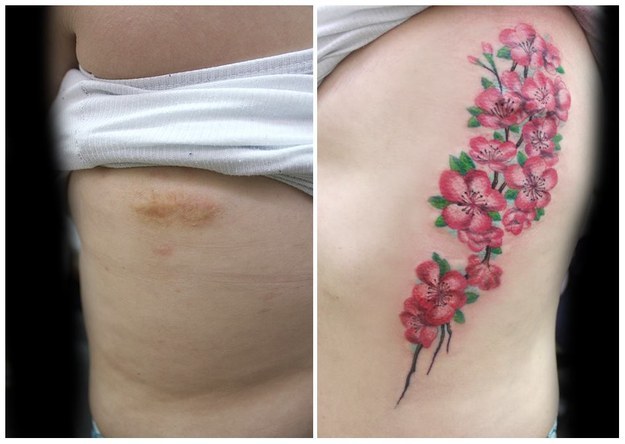 This woman was stabbed and the story of how she got the wound received media coverage. 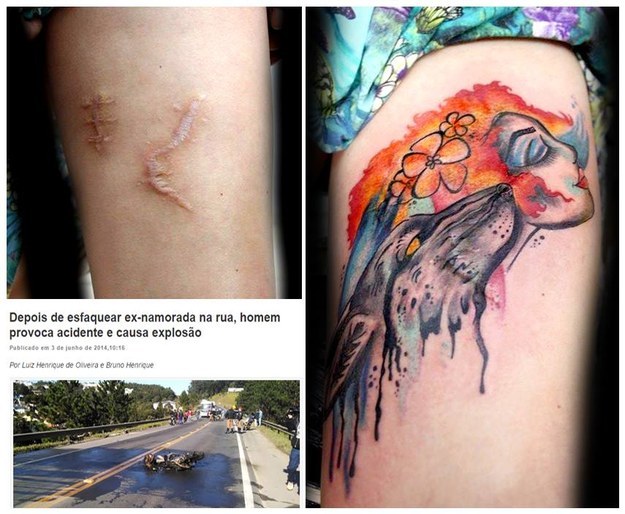 This woman was stabbed with broken glass. 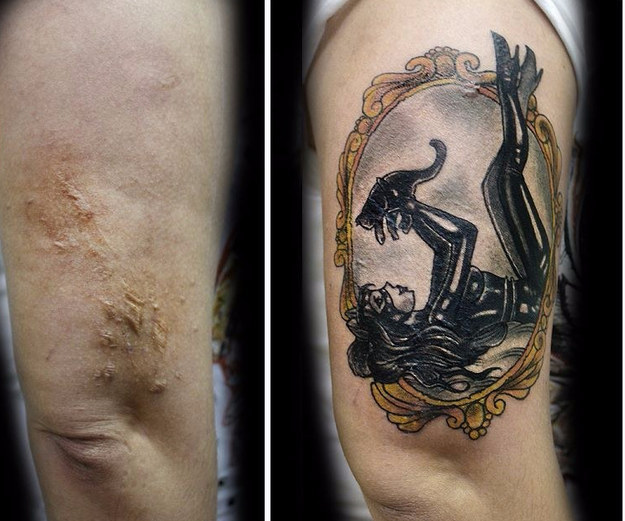 This scar was the consequence of having been stabbed multiple times in the stomach. She sent thankful messages to Flavia via Facebook. 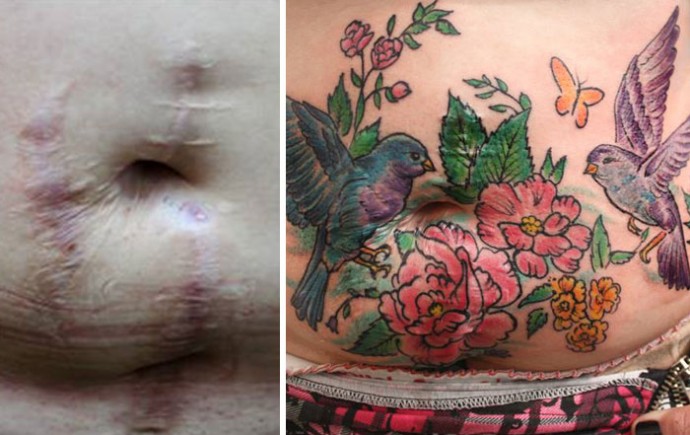 This woman told Flavia that she was at a night club and when she turned down a man, she was stabbed with a switchblade. 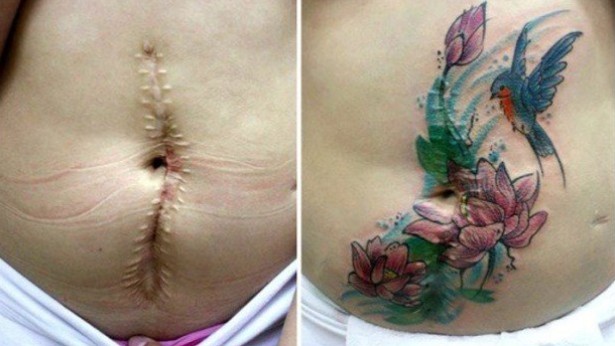 However, she tries to point out that “It is a grain of sand; the world is full of things that need to be addressed. We have a long way to go regarding protecting women against violence.”