It was just a normal day for two biking enthusiasts. Céline and Daniel, a couple from central Brittany, France, who were cycling through the quiet countryside when they heard a loud cry coming from the side of the road.
After stopping to see what was going on, they found that there was a distressed kitten, alone and afraid. They wanted to help her but she wouldn’t let them get near to her.
Determined to gain her trust, Celine lied on the ground and started talking to her softly, until the kitten understood that they had good intentions. She climbed up Celine’s shoulder, seemingly demanding for cuddles.
Since it was obvious the kitty wasn’t going anywhere, they decided to take her home. However, they had the dilemma of transporting her, because there just wasn’t a safe way to do it on a bicycle. Taking a risk, they hid her somewhere near the place  where they found her, went home as fast as they could to get their car, hoping that she wouldn’t wander away.

The kitten came out from her hideout the moment she heard them coming back. Céline and Daniel brought her home for good, and named her Mini Kitty. She is the tiniest addition to their pet family of one dog and one cat, and she seems to get along with them just fine.
She ate and slept as much as she possibly could, and when she got her strength back, they discovered she loved to cuddle, snuggling up to anyone and anything who was willing. (h/t)

A couple from central Brittany, France found a kitten wandering all alone on the side of the road. Céline tried her best to gain the kitty’s trust. 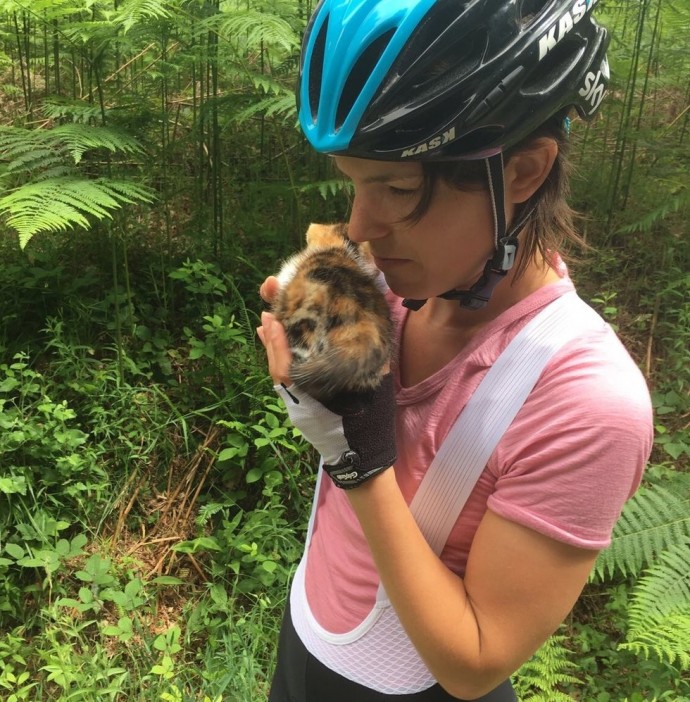 When they finally did, the kitten snuggled up to them and left them no choice but taking her home. 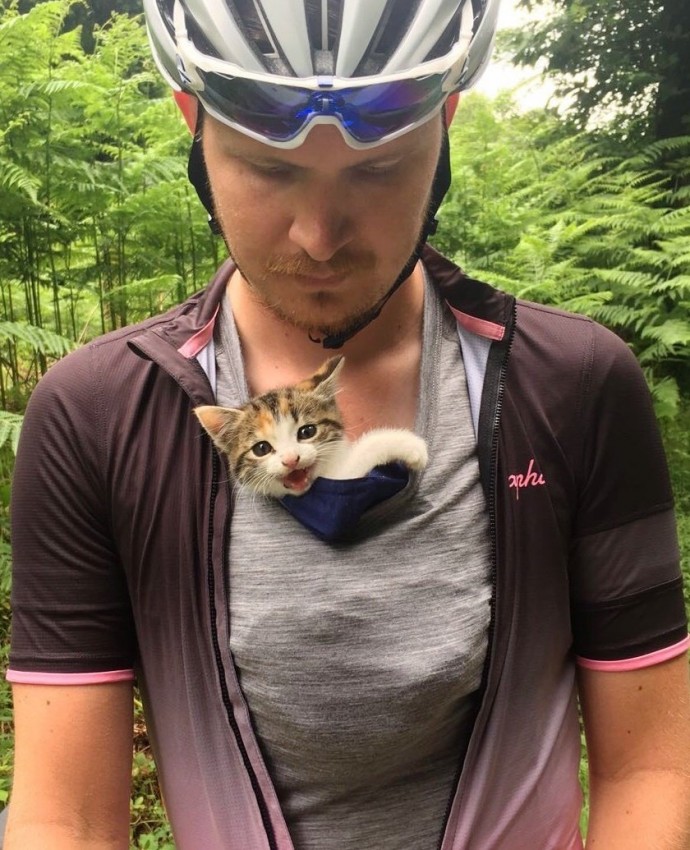 There was no safe way to bring her home by bicycle, so they took a risk, hid her and went home to get their car, then came back for her. Here she is all wrapped up in a warm blanket. 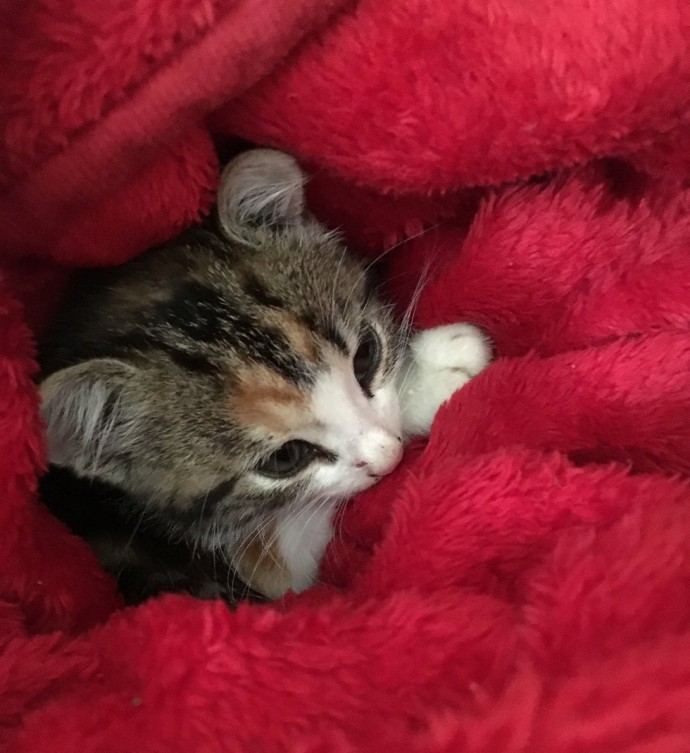 She tried to catch up on sleep almost immediately. After eating as much food as she possibly could. 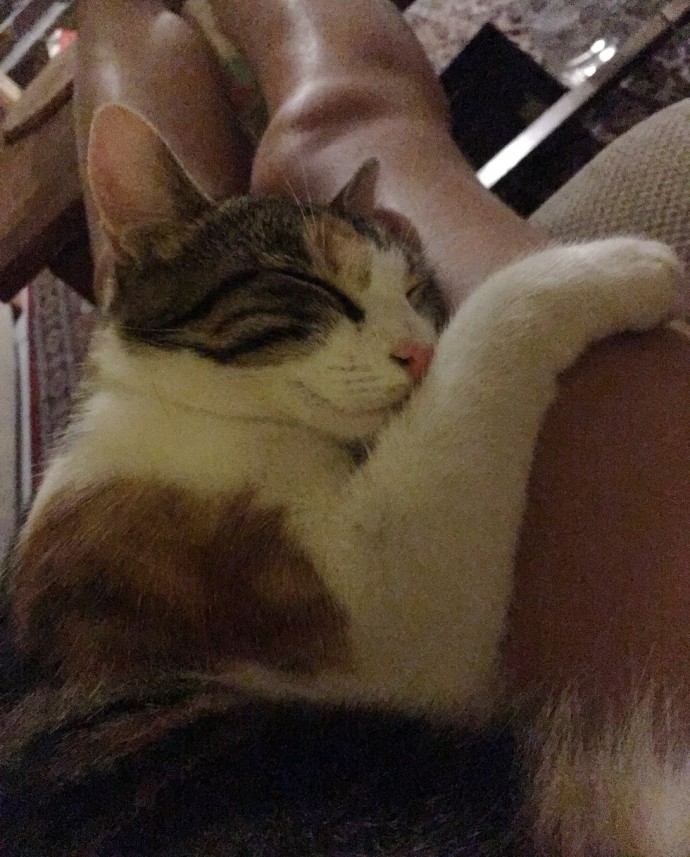 She has several favorite spots. Her dad’s shoulder is one. 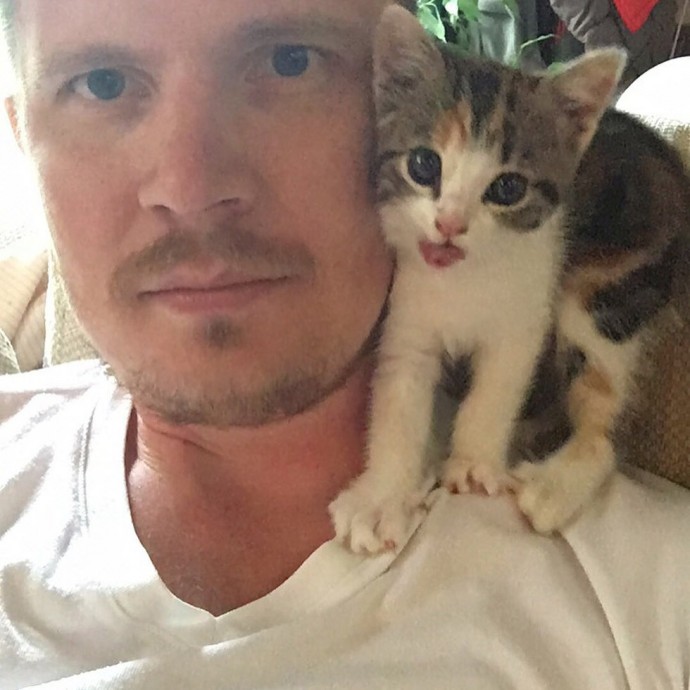 Another one is beside her human sibling. 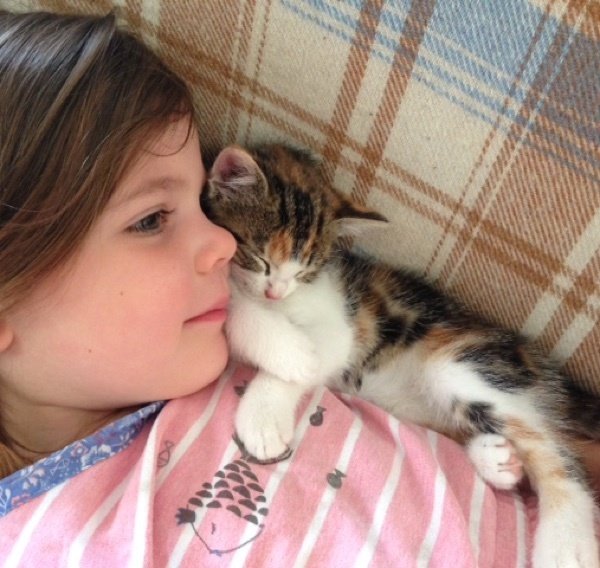 She’d curl up all over them as much as she can. 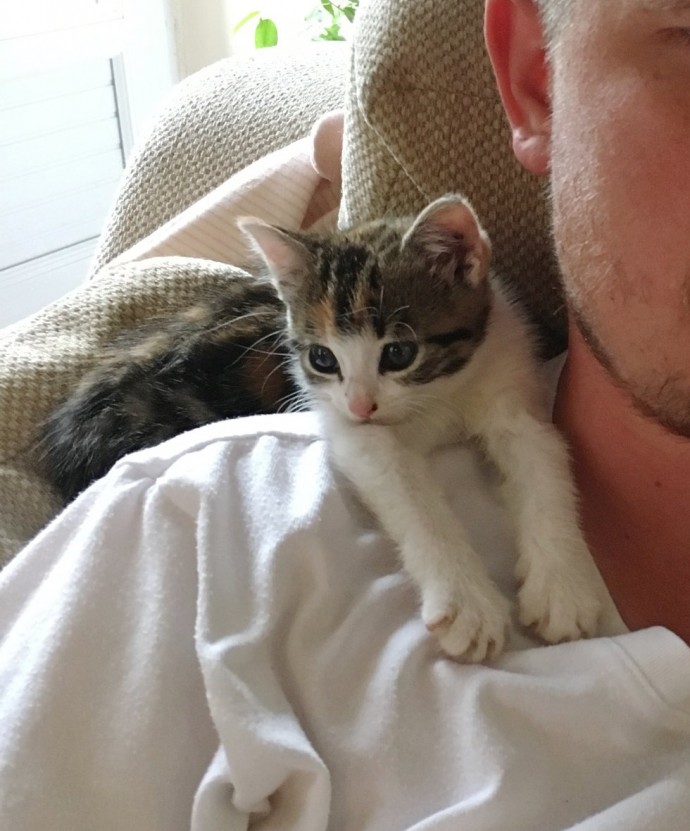 Even the family dog can’t escape her cuddles. 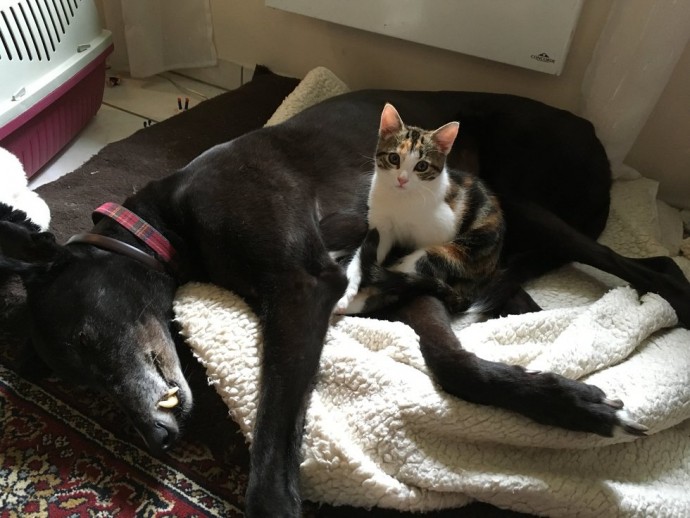 She now has a favorite stuffed Piglet too. 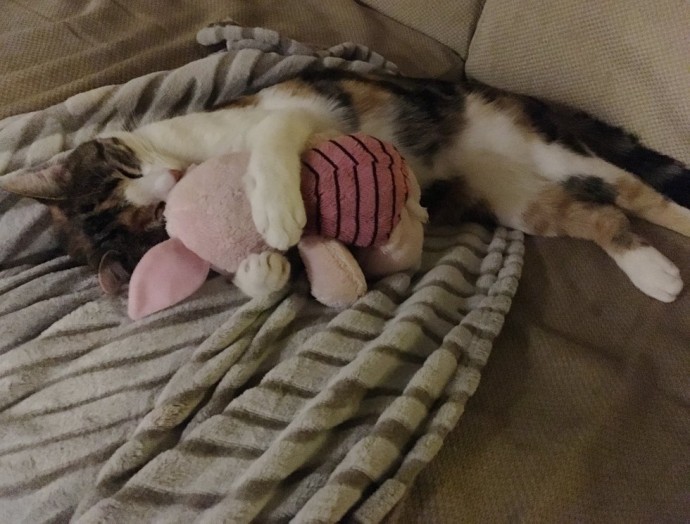 She finally has a forever family, and she won’t ever let them go.