As we all know, most of the times you don’t actually get to choose your cat, but the cat actually chooses you, and that’s exactly what happened to cyclist Madison Kelly when she finished a bike race held in South Chicago, and she came across a stray kitten found by other cyclists under a car.
The group of racers went roaming around, looking for anyone interested in giving the poor kitty a home. Being the cat person that she is, Kelly came up to the group to take a closer look. While she was holding the little kitten, she decided to climb up on her shoulder, and that marked the moment the cat chose Madison to be her forever mom. Madison decided to name her Puig, which means podium in Latin, and climb in Catalan.
Madison might have not won the race, but she sure got something more valuable to take home with her. Check out how destiny played its part in the story of Madison and Puig by scrolling through the following photos, and don’t forget to drop by Madison’s Instagram account to keep up with their daily life.
(h/t: lovemeow)

Meet Puig, the charming stray kitten who won Madison’s heart by climbing on her shoulder the first time they met. 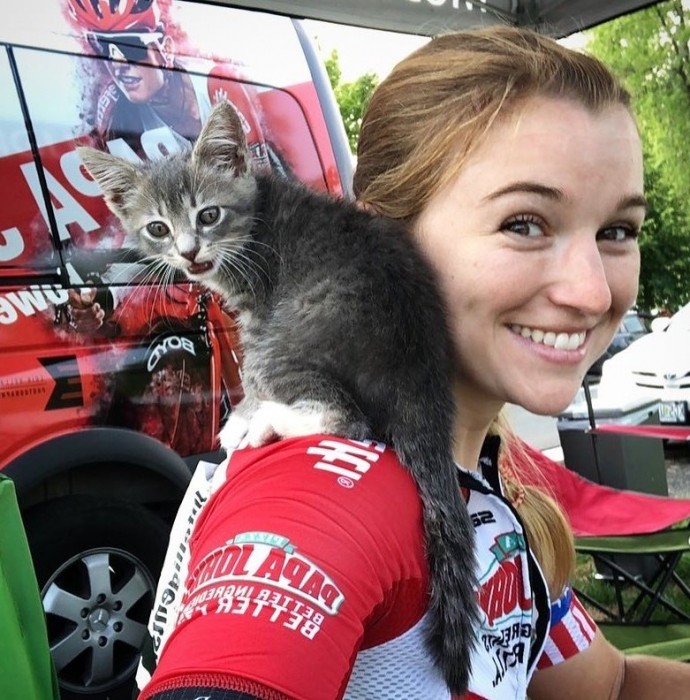 Madison and Puig’s story proves that people don’t choose their cats, but usually happens the opposite instead. 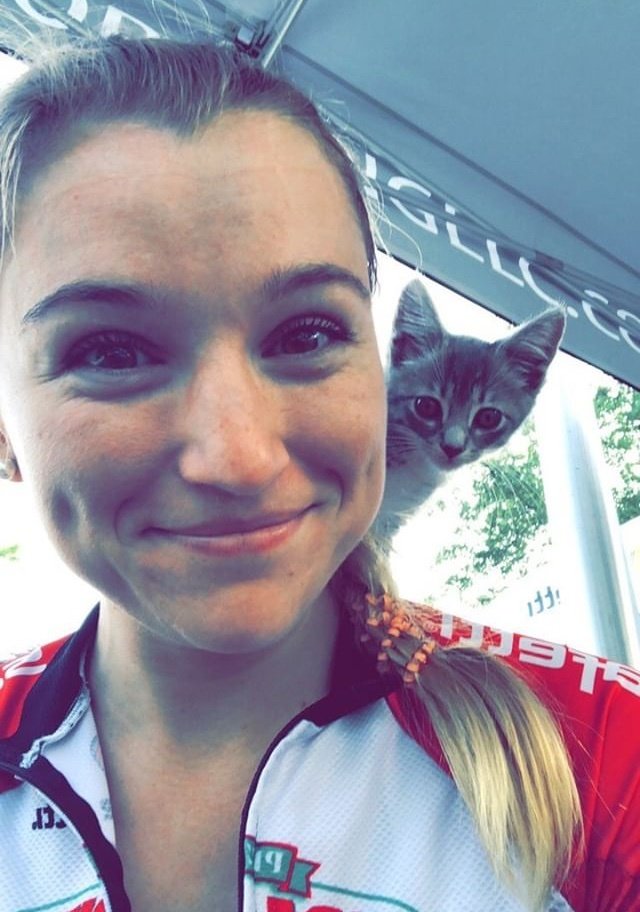 Right when Puig came up her shoulder, Madison knew she had been chosen, so she decided to bring the little kitty home. 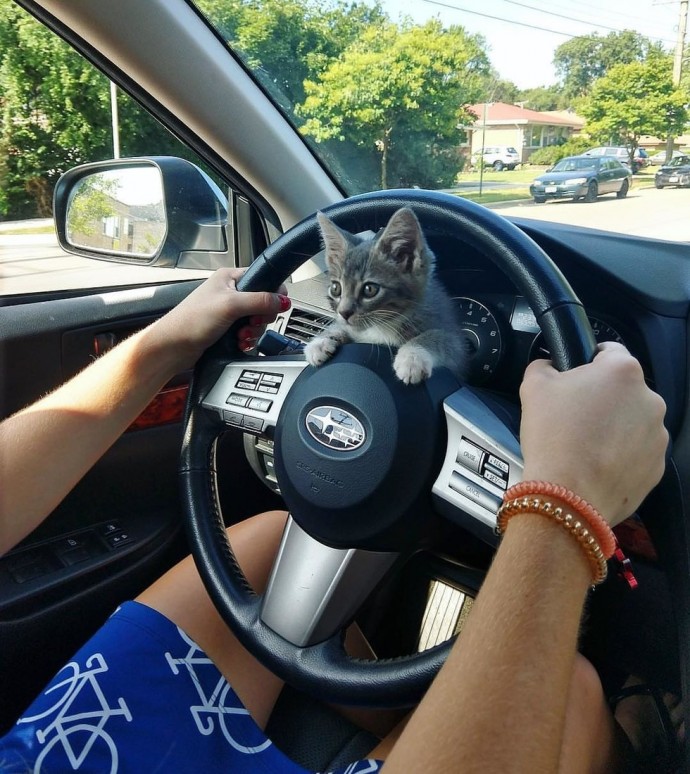 When they got in the car,  the little one decided to check the car’s interior first, but she immediately jumped onto Madison’s lap as soon as she sat in the backseat. 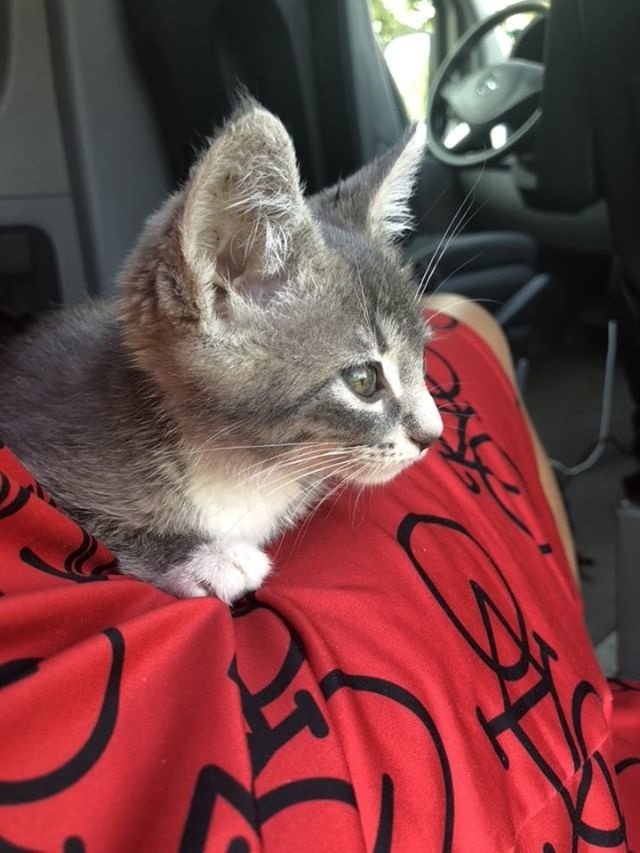 Puig purred all throughout their trip home to Grand Rapids, Michigan, expressing all her joy to her new family. 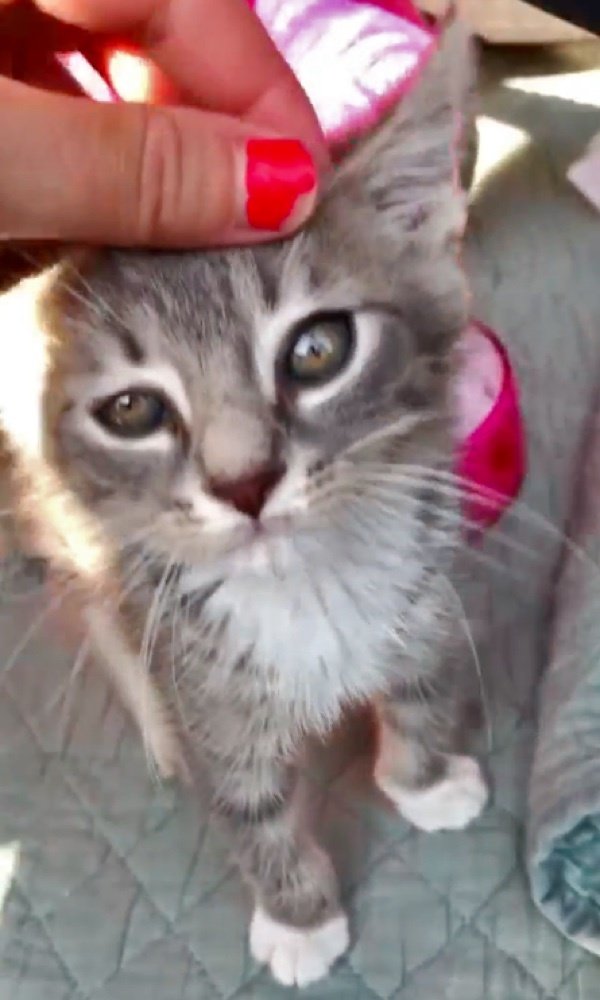 When finally home, Puig was welcomed with a warm bath and a meal. 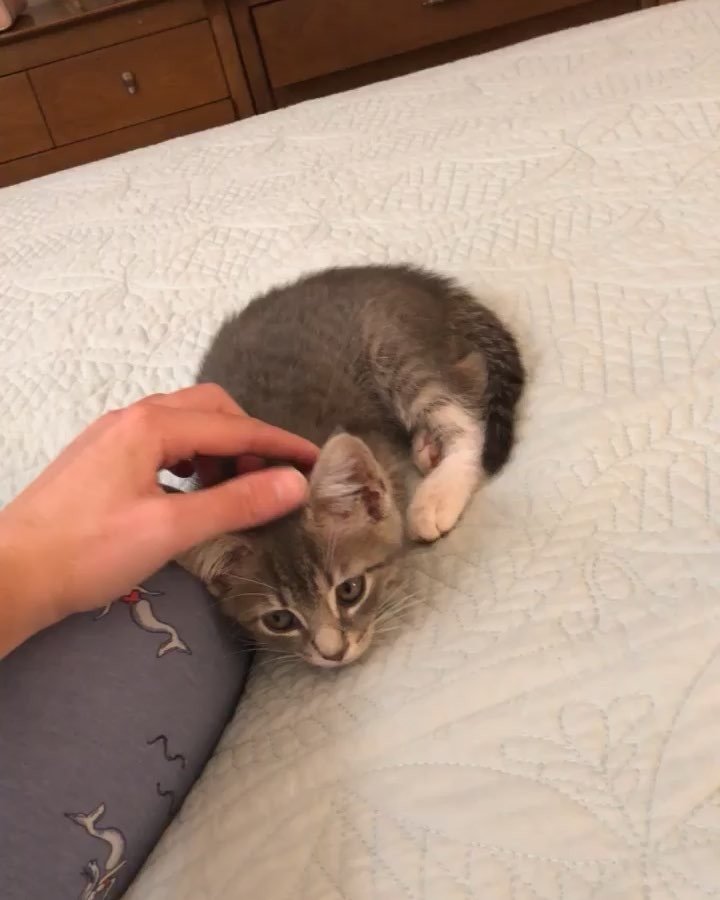 Once Puig got used to her new home, she began her mischievous schemes. When she’s not cuddling with Madison, she’s collecting wet sponges and socks. Then she hides hertreasures in weird places, but mostly on Madison’s bed, or under the sheets. 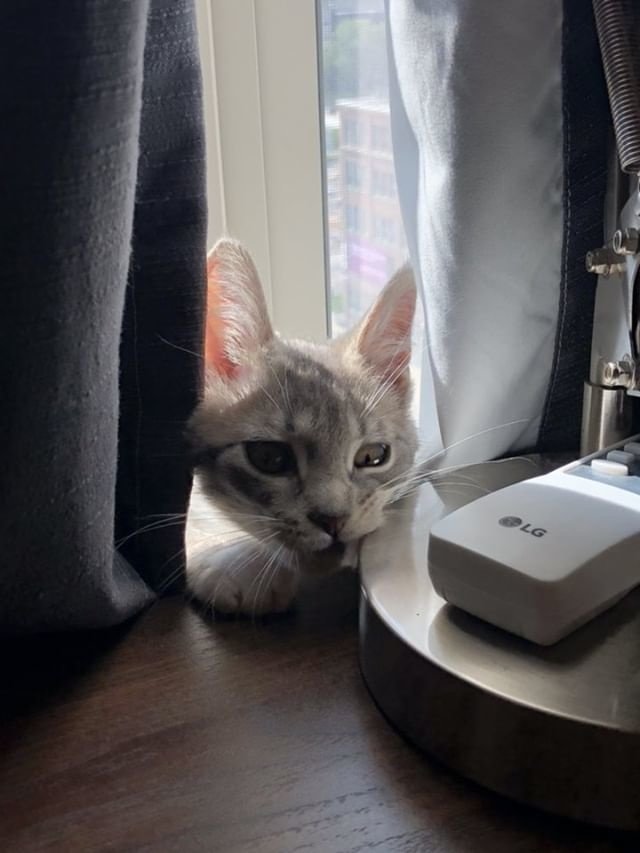 After Madison’s 19-year-old cat, named Kitsy, passed away, she rescued another cat in her honor. Puig was so happy to make friends with Waffle, the new member of the family. 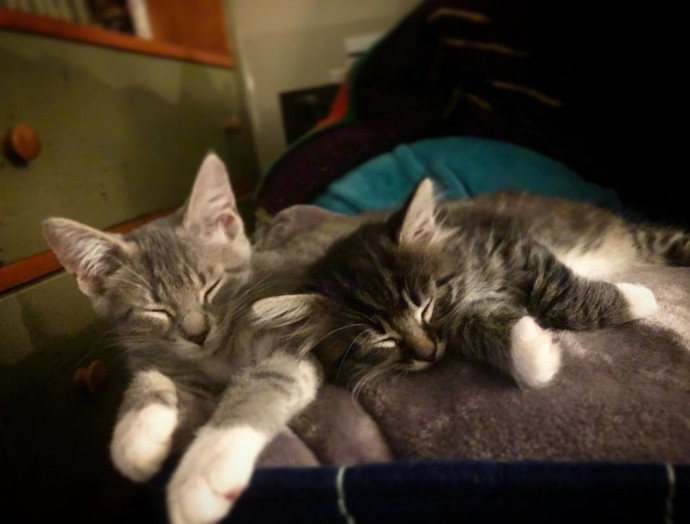 Madison had the privilege of being chosen as Puig’s forever mom, and she goes on encouraging everyone to rescue strays and find love that lasts forever. 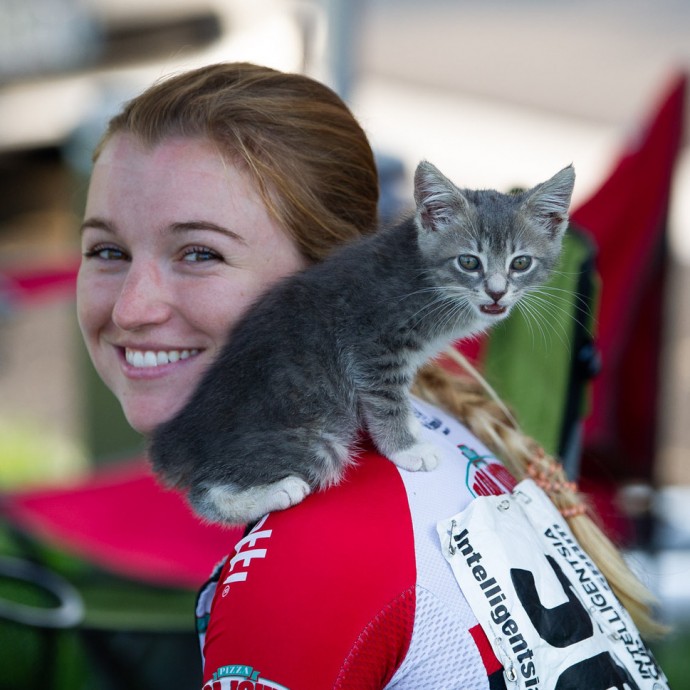