Bradley was on a trip with her boyfriend in Crete, Greece, when she decided to take a walk alone on a secluded beach. Two men approached her, struck up a conversation, and invited her for a drink. When she refused, one of the men grabbed her by the arm. Bradley was in panic and didn’t know what to do, until a stray mutt came charging towards the two men and barked until they went away.
The couple spend the rest of the holiday with the dog, but sadly it came the day they had to go back home.
“When we left to go to the airport, we looked back and Pepper -that’s how the couple named him- was running after the car. It was heartbreaking.”
Two weeks after going back to England, Bradley decided to fly 6,000 miles back to adopt the dog who saved her that day.

Bradley and her boyfriend named their scruffy hero Pepper 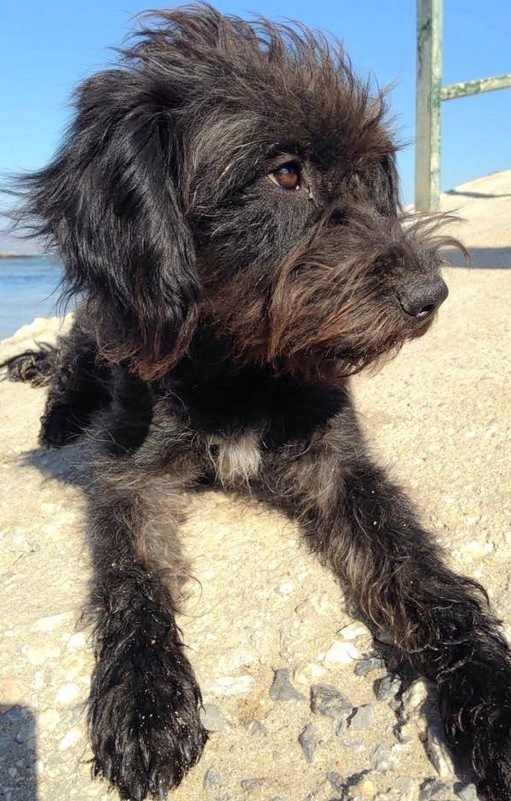 As all good things come to an end, the time came for Bradley to fly home, leaving Pepper behind 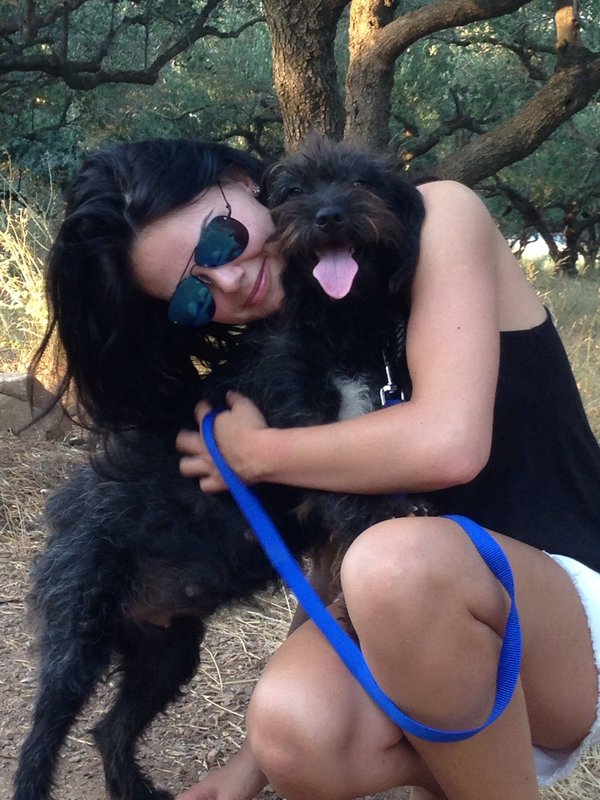 Not for long, however. Once back in London, she couldn’t stop thinking about her canine hero back in Greece. She went back and made the arrangements to adopt Pepper and take her to London! 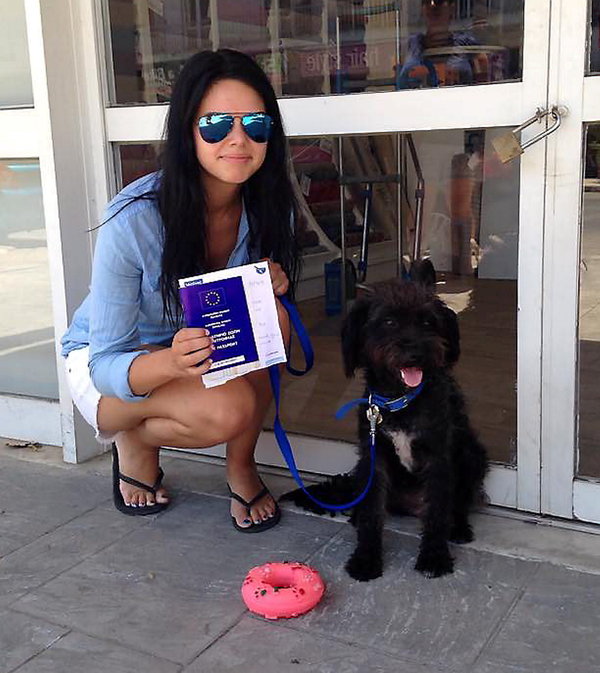 After dealing with the tedious process of adoption, quarantine, and finding out that Pepper is pregnant, they were able to fly back to London. A week later, Pepper gave birth to a litter of six puppies! 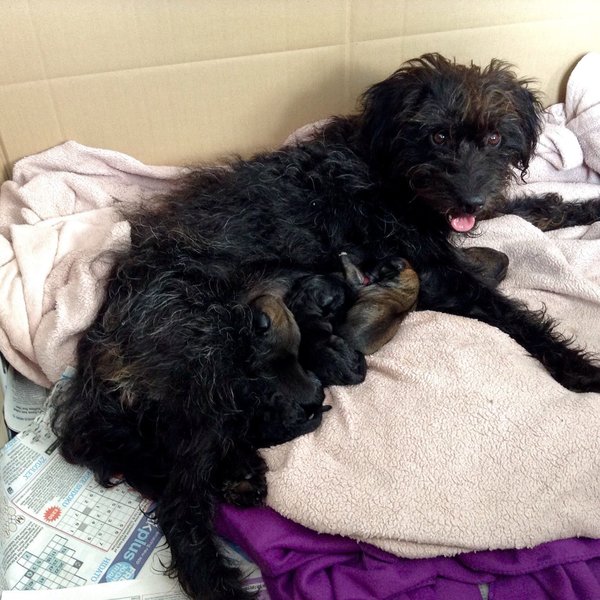