All Speck’s ever wanted is to love and be loved in return.

Unfortunately, life hasn’t always been kind to this sweet pup and Speck has had to fend for himself out on the streets.

But despite experiencing untold hardships, this sweet little guy has not let his heart harden.

Speck radiates love and wants nothing more than someone to hold on to. 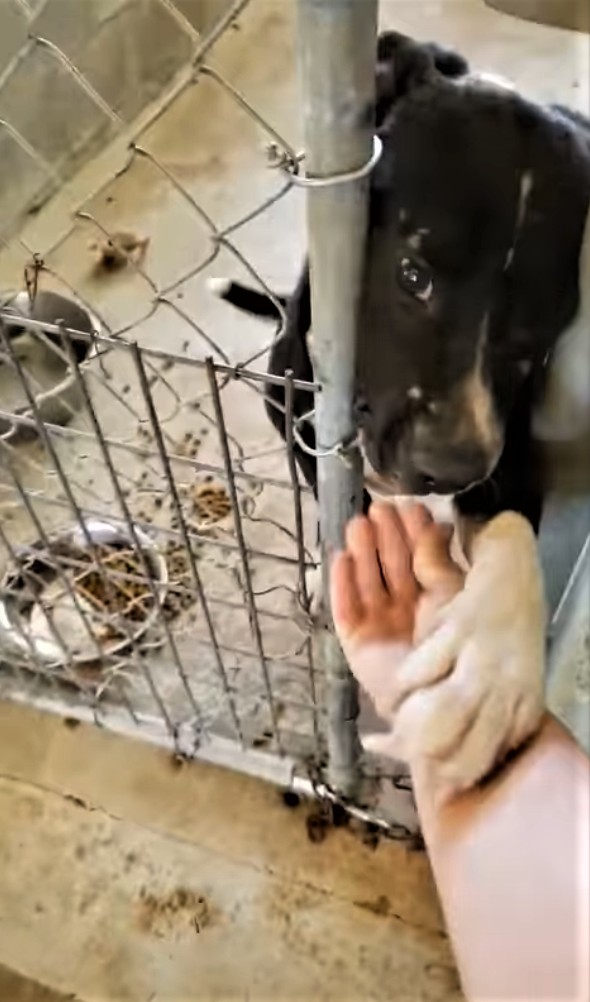 Speck has spent the last year of his life living at the Bullock County Humane Society’s shelter in Alabama.

There, he’s won the hearts of everyone working there, thanks to his irresistibly sweet personality.

Whenever anyone has passed by his kennel, Speck’s been sticking out his little paw and nobody’s been able to resist giving him some love.

“All he wants is people love. He will reach his little hand out and he just wants you to touch him and hold his hand,” Desiray Miracle-Wilder, the shelter’s director, told The Dodo. 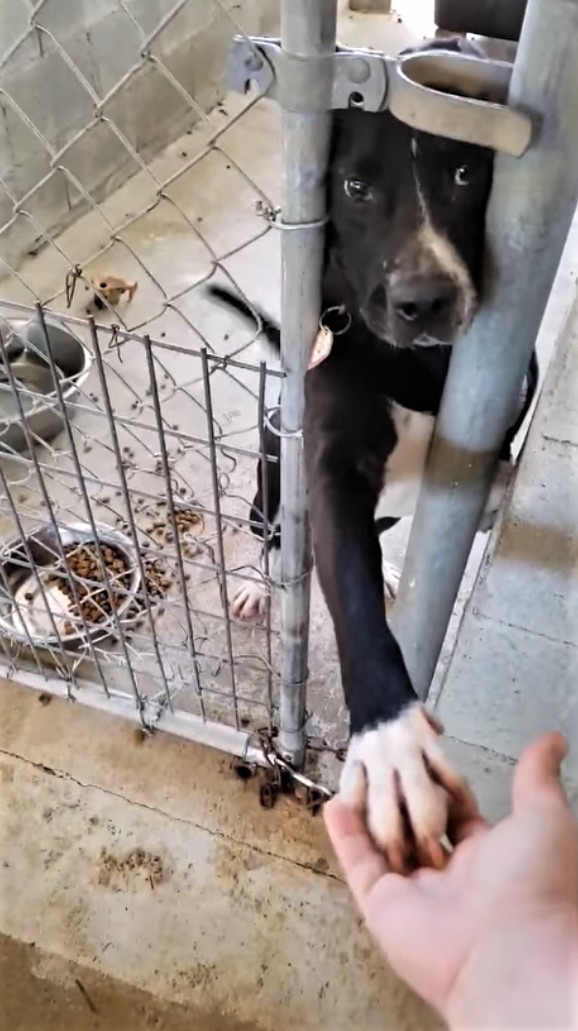 Advertisement
Speck loves humans so much that not even other dogs, cats or pets can break his concentration when he’s got his eye on a human.

He just wants to shower every person he meets in love and craves any type of affectionate touch.

Recently, the shelter filmed Speck to show people his little hand-holding game and highlight what a sweet and affectionate boy he is.

They posted the video on their Facebook, and video quickly went viral.

It’s been watched and shared thousands of times and it only took 3 days for the video to change Speck’s life forever.

They reached out to Bullock County Humane Society and let them know that they had found the perfect forever home for Speck; a loving family with a 26-acre farm!

The family already has two pups who are soon going to be Speck’s new doggy brothers.

Speck is finally going to get all the love and affection he deserves, and he’ll have a wonderful life running around the farm and playing with his new siblings.

And Speck’s luck has been contagious; since his video went viral, several other pups at the shelter have also found their forever home.

We’re so happy for Speck and all the other little furbabies. 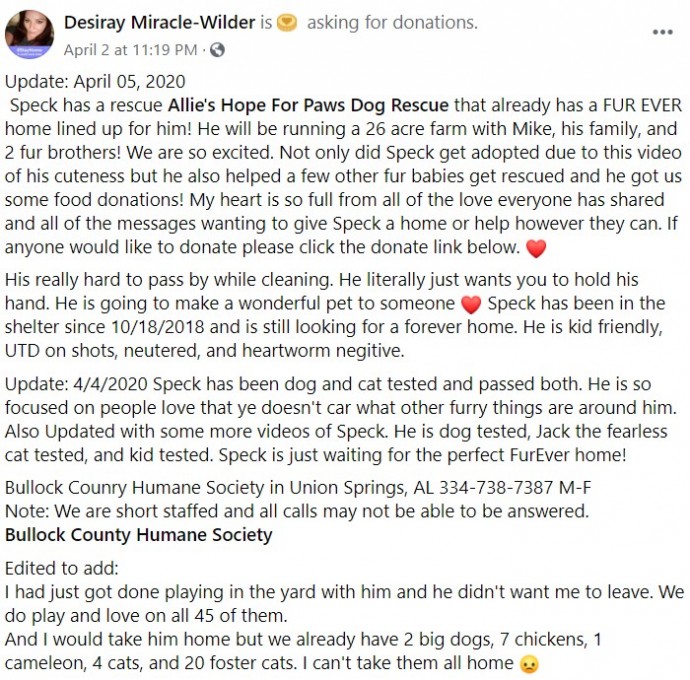