Dogs are wonderful gifts to mankind, and we know so well that their presence makes this world a better place. However, mean people who abuse and mistreat these innocent and adorable creatures still exist. For sure, previous owners of a 10-year-oldold dog named Blackie, belong to the aforementioned category, and abandoned the poor dog at the door of Carson Animal Shelter in Gardena, California, after wrapping her in a black garbage bag. Kelly Smíšek, executive director of Frosted Faces Foundation (FFF), a rescue group based in San Diego, told The Dodo that Blackie was surrendered because she was bleeding all over. She was found to be suffering from a tumor, and luckily, with the help of FFF volunteers, who took matters in their own hands after seeing Blackie’s video online, she was sent to the vet for surgery. Blackie is now taken cared of, and given the love she was deprived of for a long a time. The FFF volunteers believe that it won’t be long for a dog as loyal and sweet as Blackie to find a loving new family.

Blackie had a bleeding tumor on her tail, which would have stained her owner’s car covers if they hadn’t covered her in the black plastic bag. 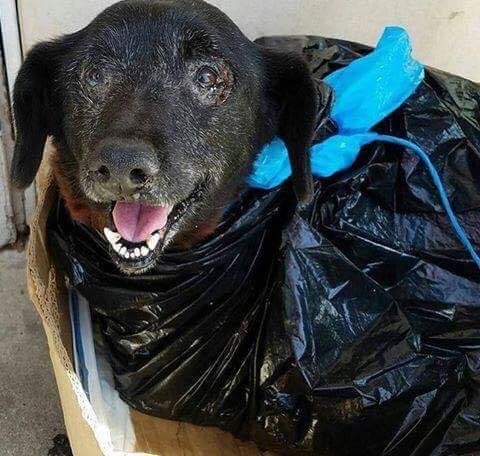 Paying attention to her situation, the shelter staff placed Blackie in the medical section of the shelter. Thanks social media, Blackie’s situation sparked the attention of kind hearted volunteers from the rescue group Frosted Faces Foundation (FFF). 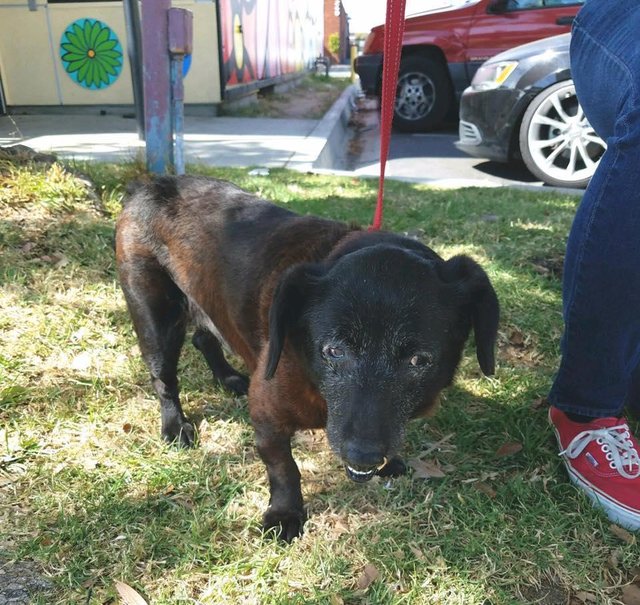 Blackie felt secure in the hands of these volunteers and felt safe with them around. 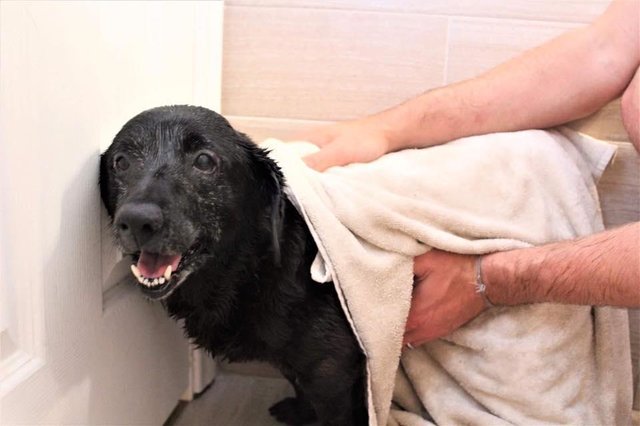 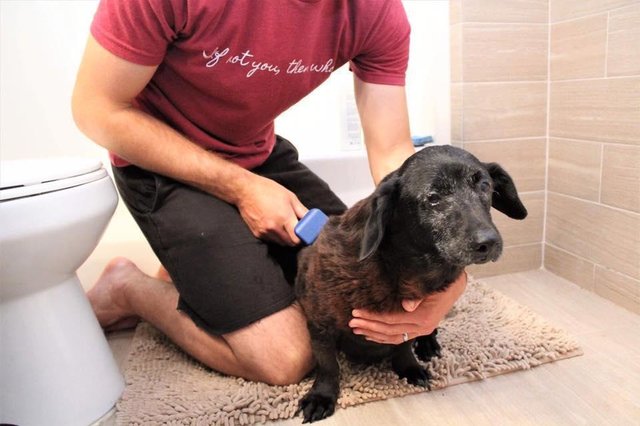 Giving her a bath… 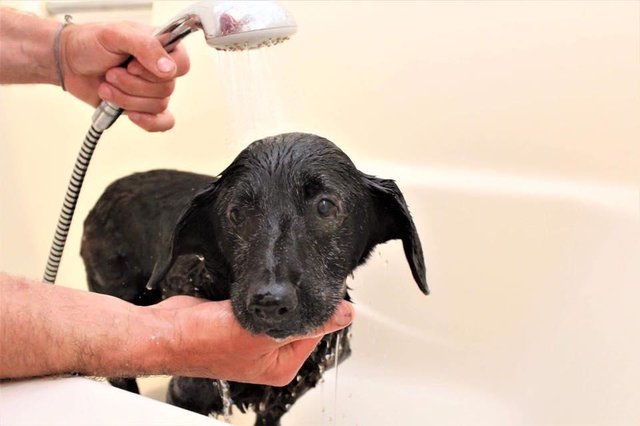 And trimming her nails. 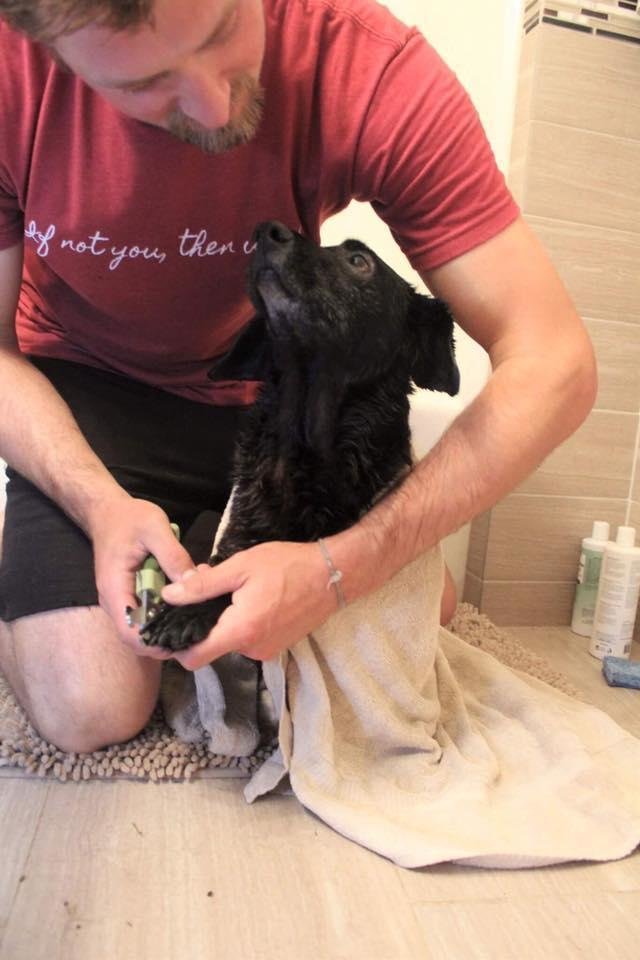 They didn’t stop there, but also made sure that Blackie didn’t go off on an empty stomach and made her a good meal. 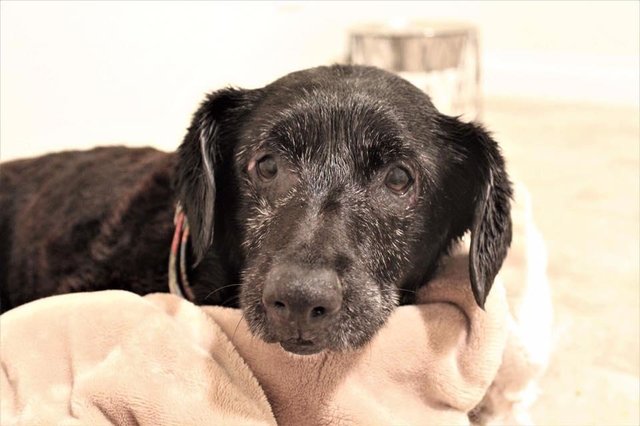 The pain from her tumor was still there and the volunteers were sensitive to respond to her gently. 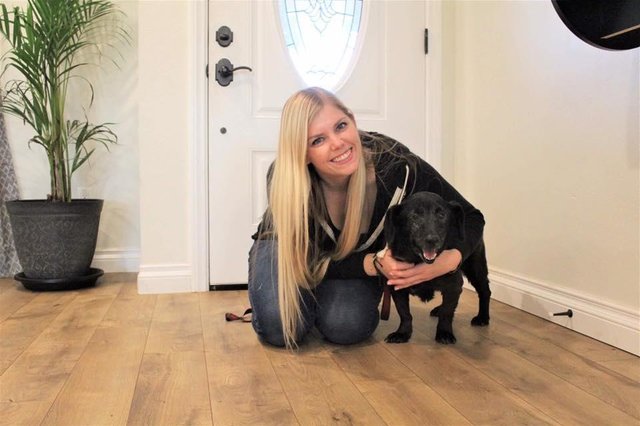 Blackie will soon go to the vet and get surgery. After she recovers, she’ll soon be with a loving new family.