Nicknames are just words, and you should never let them label you and decide who you should be.
BenBen was nicknamed the ‘Saddest cat in the world’ after he was found as a stray kitten in critical conditions on the street. He had such a sad look on his face, just like he knew he was never going to be happy again.
He was scheduled to be put down, but just one day before his life came to an end a miracle happened.
Continue reading BenBen’s story below.

BenBen was found in these conditions on the street, and brought to an animal shelter. He was probably attacked by another animal. 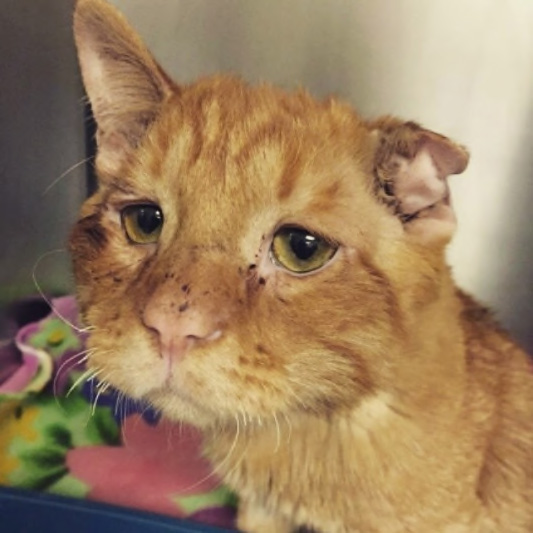 He had spine injuries, deep lacerations, a cauliflower ear and such a sad face. 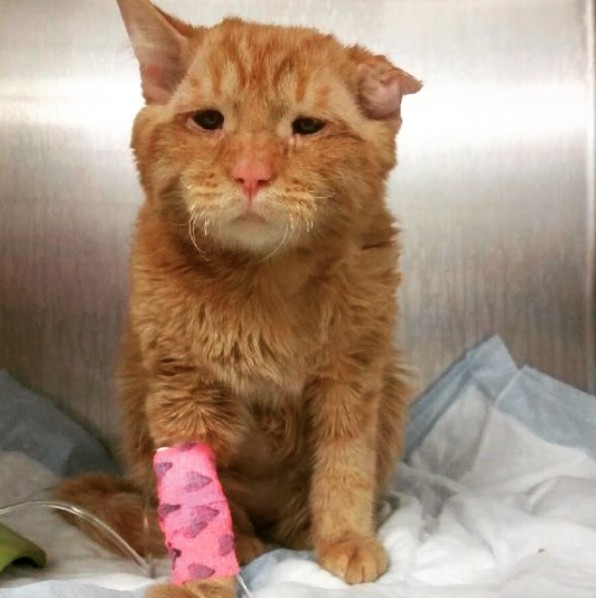 The first family who adopted BenBen brought him back to the shelter because of his difficult medical conditions. 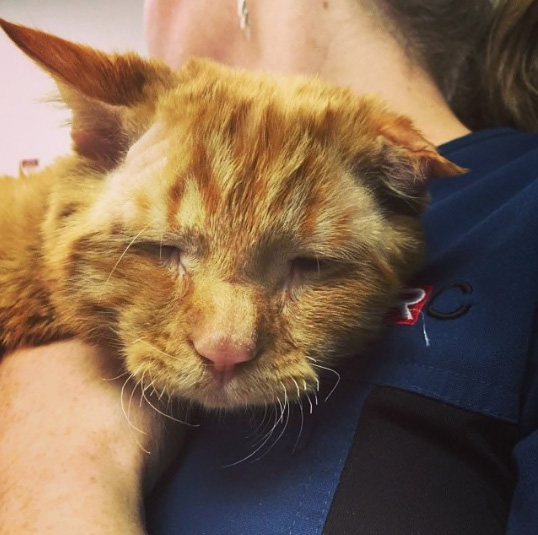 The day before he had to be put down a lovely couple showed up and saved him from his fate. 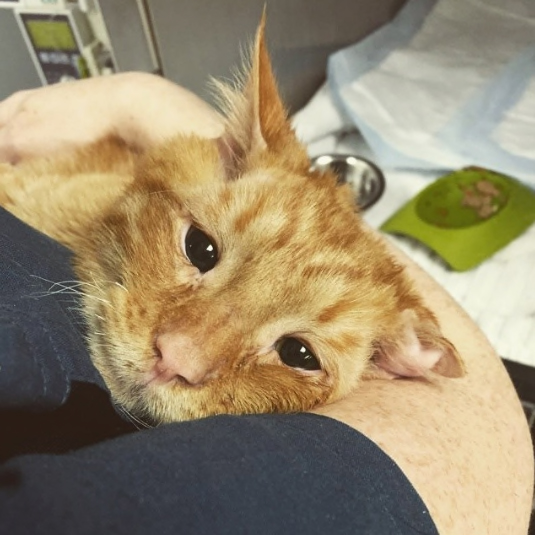 At the shelter he almost had given up on live, refusing to eat or even drink. 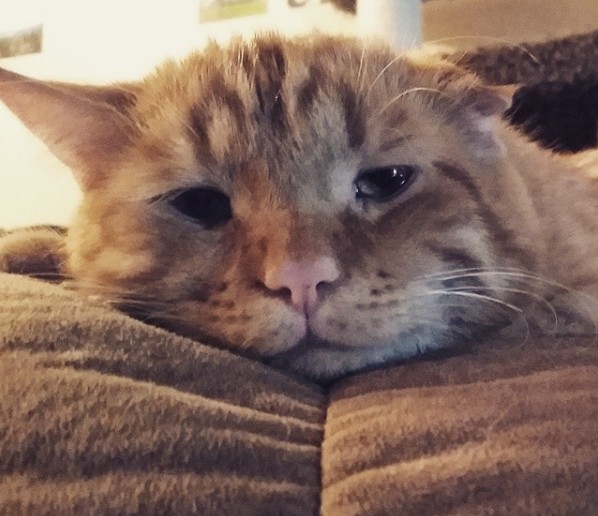 But once arrived at his new home with his loving new family BenBen completely transformed in just one hour. 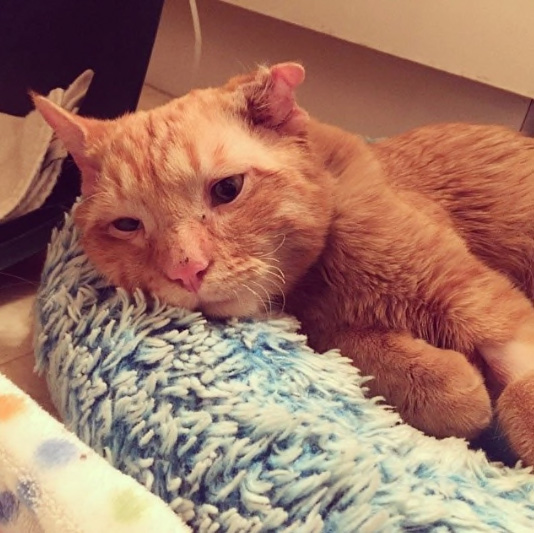 He started to purr and cuddle. He finally knew he was in a safe place. 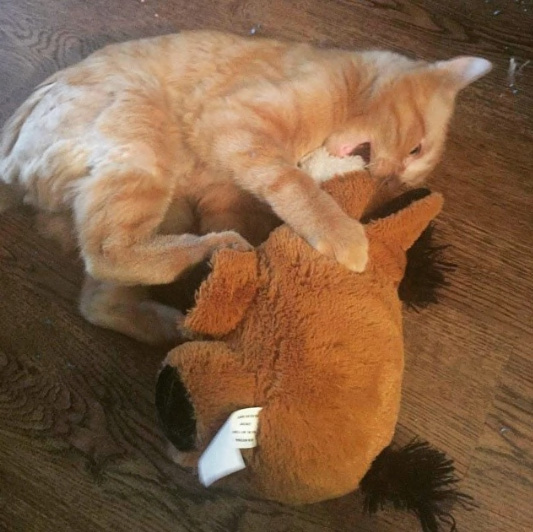 Love is the best medicine, and cured BenBen in the best way. 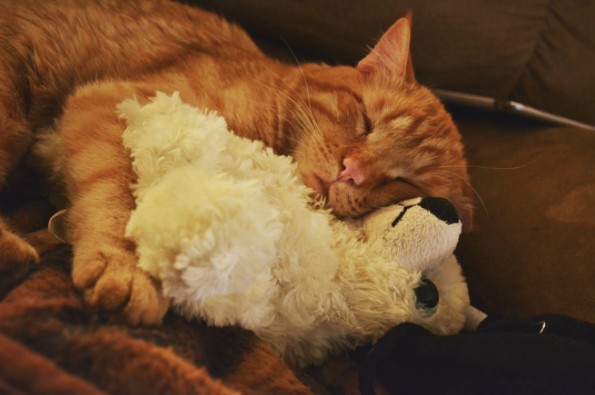 Even the vets were surprised by his quick recovery. Really not bad for a cat who was supposed to never walk again. Say hello to BenBen’s new life! 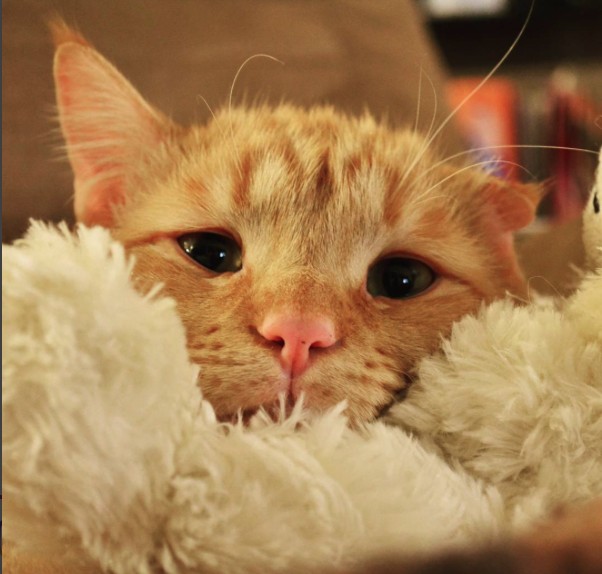