Sam Clarence was working as a volunteer dog walker for the Christchurch Bull Breed Rescue in Christchurch, New Zealand. This is when he first saw Stanley, a bully breed.

Immediately, Clarence knew that Stanley could be his best friend. Also, he knew that he wanted to give him a forever home, and didn’t hesitate to adopt Stanley.

At first, Stanley was nervous when he first went home with Clarence. At the time, it took Clarence an hour to coax the dog out of the car.
Using patience, Clarence handled Stanley gently and fed and bathed him.

Eventually, Stanley came out of his shell, transforming from a timid, shy, and frightened dog into a friendly, lively, and happy one.

Today, Stanley is a sweet, sociable dog who befriends both animals and humans. Also, he is referred to as a “velcro dog” because Stanley loves clinging to his favorite human, Clarence. 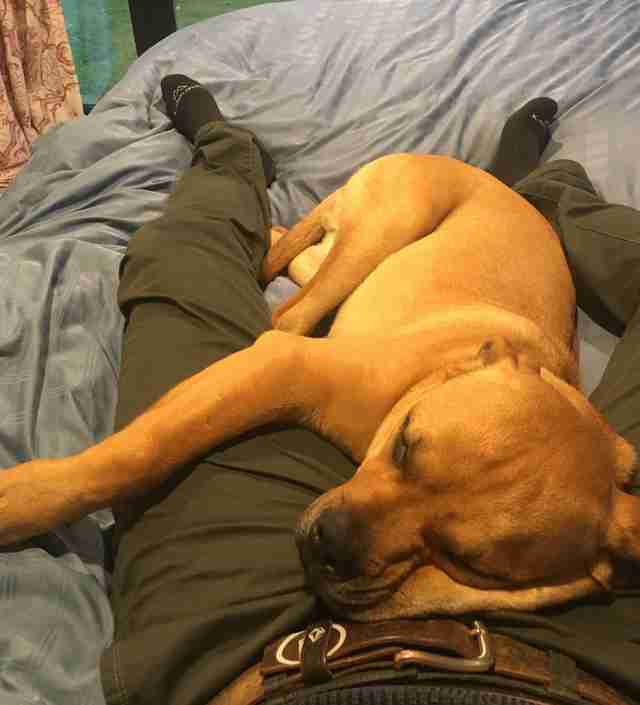 When it is possible, Stanley is wherever Clarence is. He loves cuddling Clarence or just holding Clarence’s hand.

Typically, dogs usually want alone time to sleep or play, but Stanley is an exception. Now, he sleeps besides Clarence and readjusts himself so he can snuggle next to him. Also, if Clarence is watching TV, Stanley sits beside him or lays on his lap. 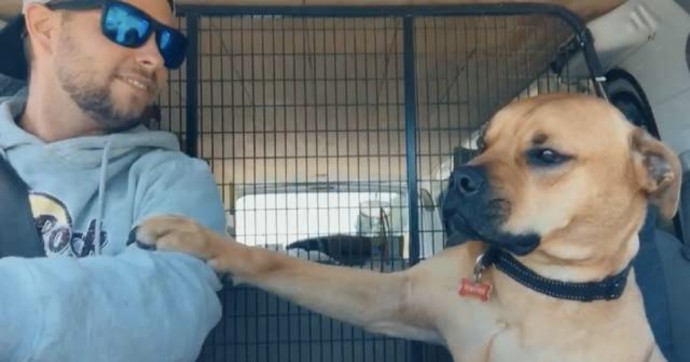 Even when Clarence is driving, Stanley puts one paw on Clarence’s arm, and whenever Clarence isn’t home, Stanley becomes clingy with his new brother. 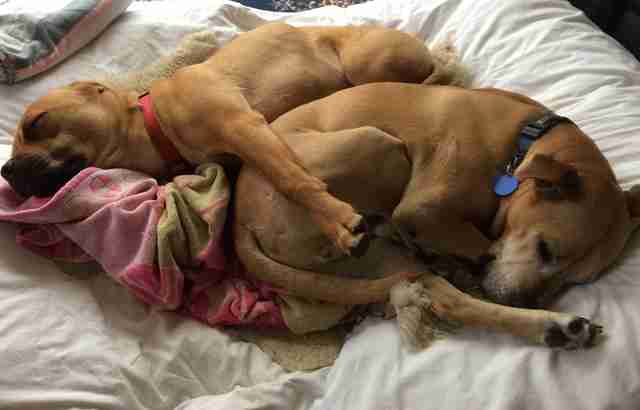