Social distancing is hard on all of us. It’s not easy to have to abstain from seeing our friends, and it’s not uncommon to feel a bit sad.

And it’s not only us humans who are being affected by the new social distancing measures; just ask this heartbroken bulldog who misses playing with his friends.

The sad pup, named Pop, recently went viral after his mommy caught him sulking on the balcony, and shared the pictures on Twitter.

Pop, affectionately known as “Big Poppa”, is a three-year-old English bulldog who lives in an apartment in Atlanta together with his pet-mom, Rashida Ellis.

Big Poppa is a very sweet pup and enjoys playing with the children who live in the area.

But since he and Ellis went into quarantine, he’s not been able to hang out with his friends.

Ellis was working from home when she heard Pop whining from the balcony.

The sweet pup had been relaxing out there, catching some rays and enjoying the fresh air, but suddenly something seemed to have upset him.

When Ellis went to investigate, she saw Big Poppa looking down on two kids who he plays with sometimes when he’s out on his walks.

Big Poppa was trying to catch their attention and when it didn’t work, he got quite sad.

It was clear to Ellis that poor Pop was missing his friends.

She was touched by his heartfelt display of sadness and longing and decided to share a few pictures of the solemn pup on Twitter.

Big Poppa is expressing what so many of us are feeling, and his frustration and longing have resonated with a lot of people; the pictures quickly went viral and many people have sent Poppa their love and thoughts. 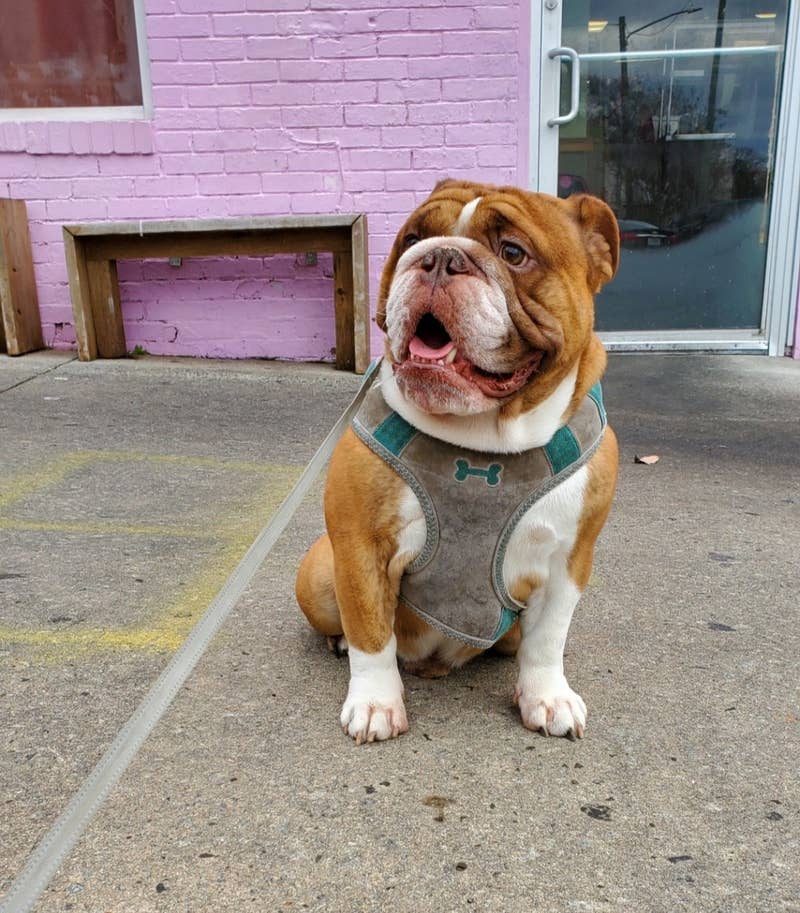 These are trying times for all of us, but better times are coming.

And in the meanwhile, we can support each other.  We may be apart, but we are all in this together.

And after Pop went viral, many people shared pictures of their own pups who are going through the same thing as him, to show him that he’s not alone.

Many pups are missing their friends.

And dreaming about running around together again.

They’ll be so happy when they can finally see their friends again.

And until then, extra naps and cuddles sound like a good idea.