Pumpkin is a rescued raccoon, saved in Nassau by Rosie Kemp and daughter Laura Young after falling out of a tree.
Rosie and Laura weren’t able to find Pumpkin’s mom, ad decided to adopt her, helped her recovering from the injuries and allowed her to be part of the family.

Rosie and Laura have two rescue dogs, who heavily influenced Pumpkin’s personality during her first months of life. The little raccoon now thinks she’s part of the pack and follows them everywhere they go.

This is Pumpkin, shortly after being rescued 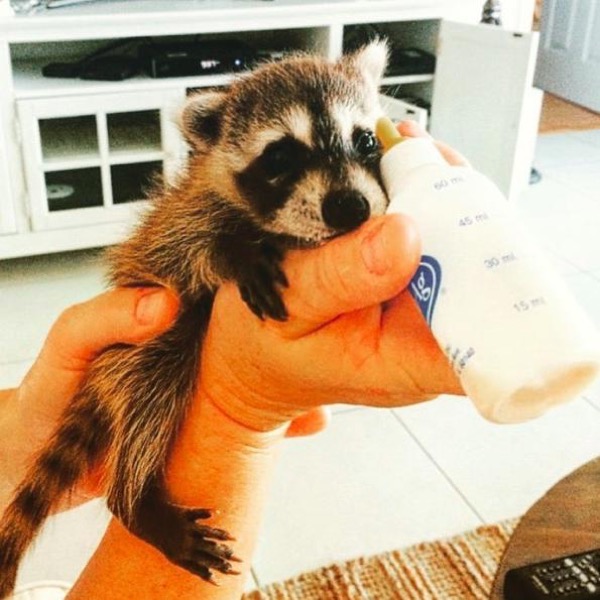 Growing up, she became part of the family 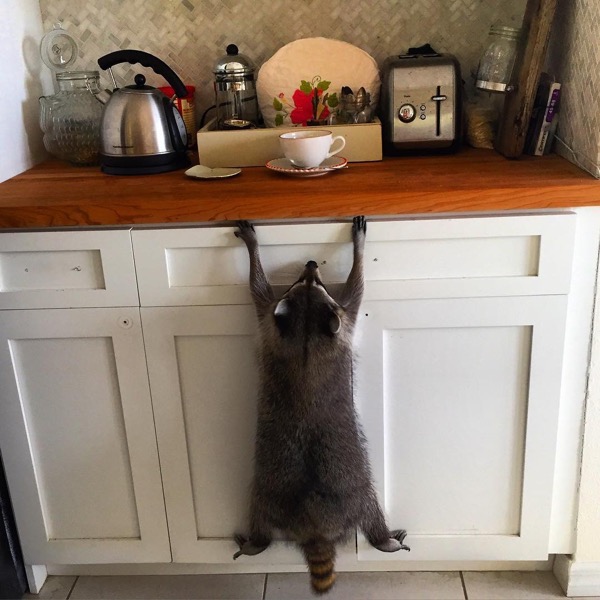 And bonded with the two dogs of the family 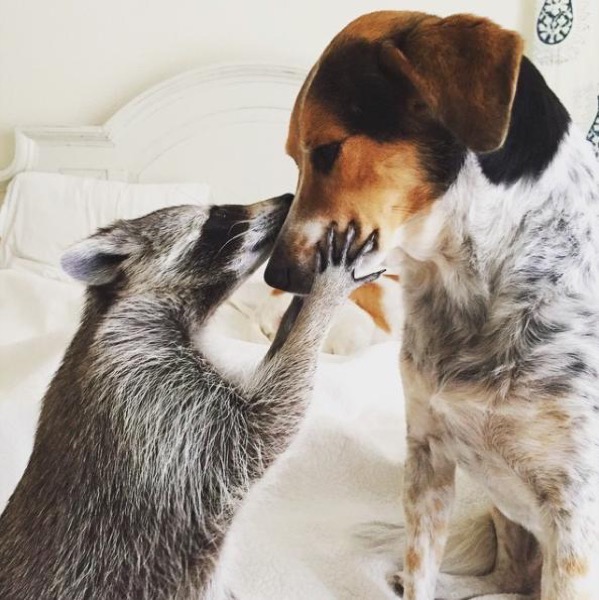 She follows them everywhere they go 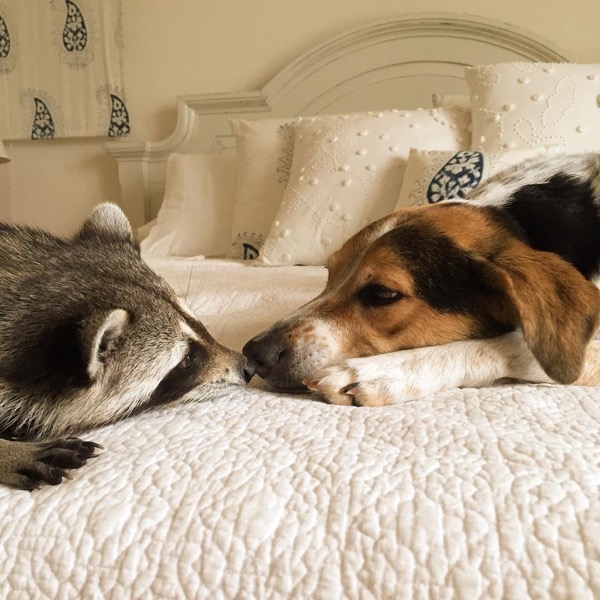 And now thinks she’s one of them, too 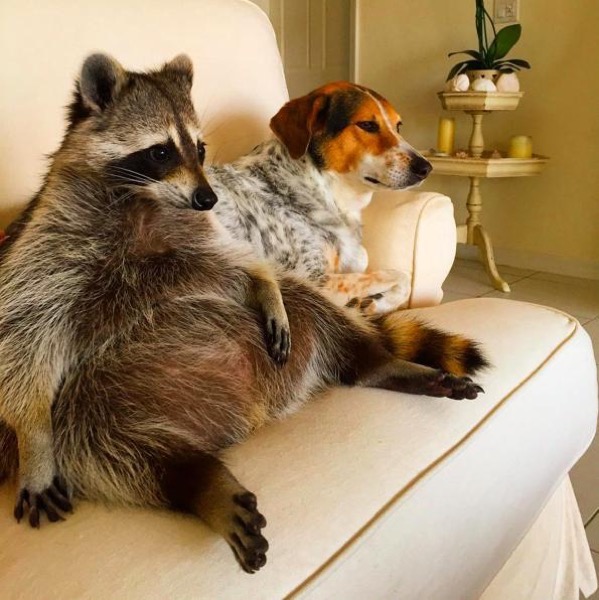 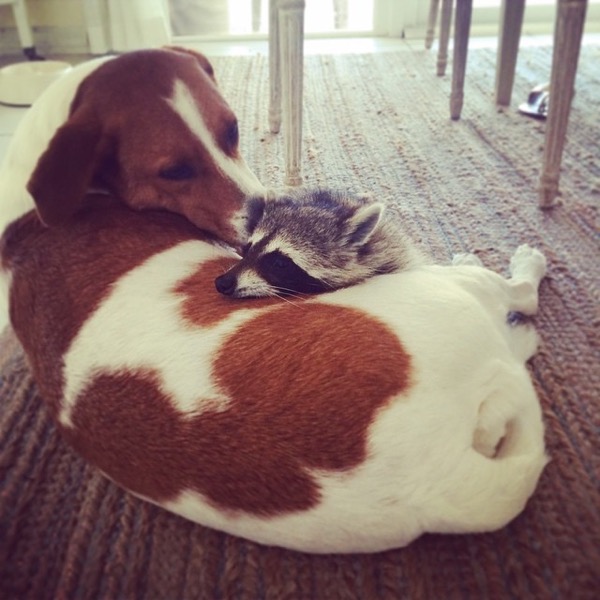 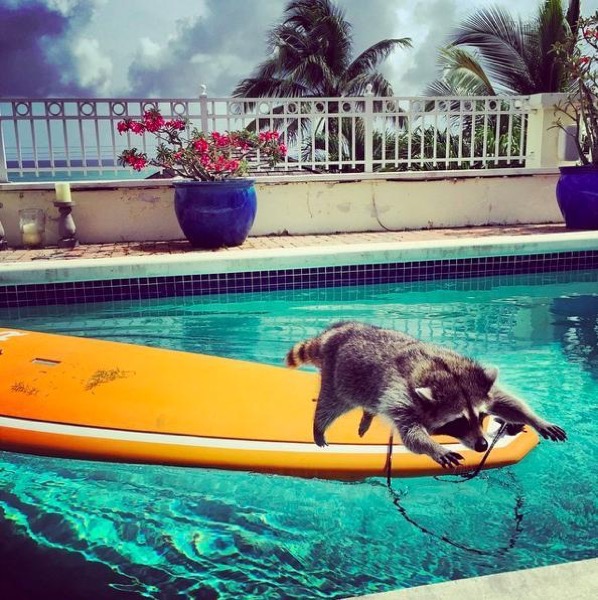 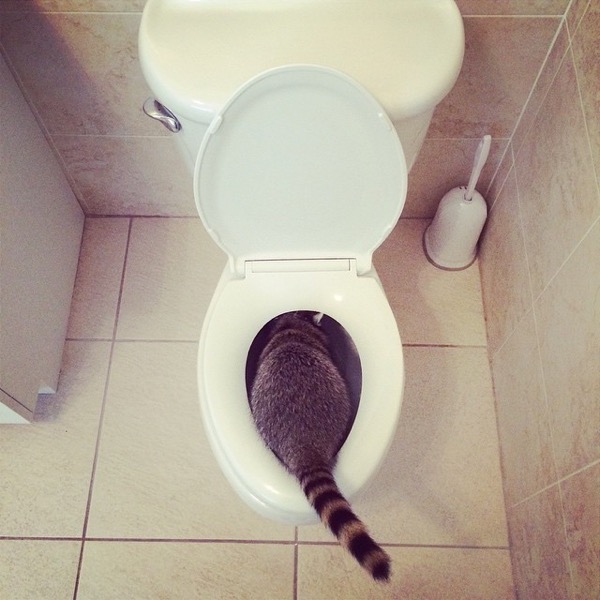 And totally in love with her two new friends 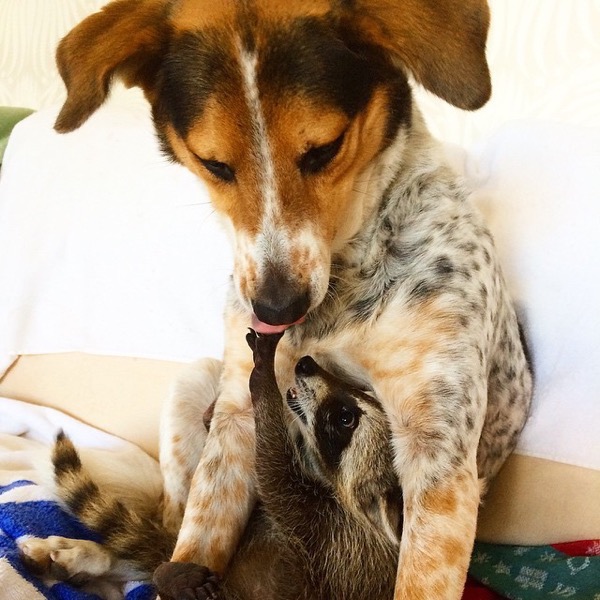 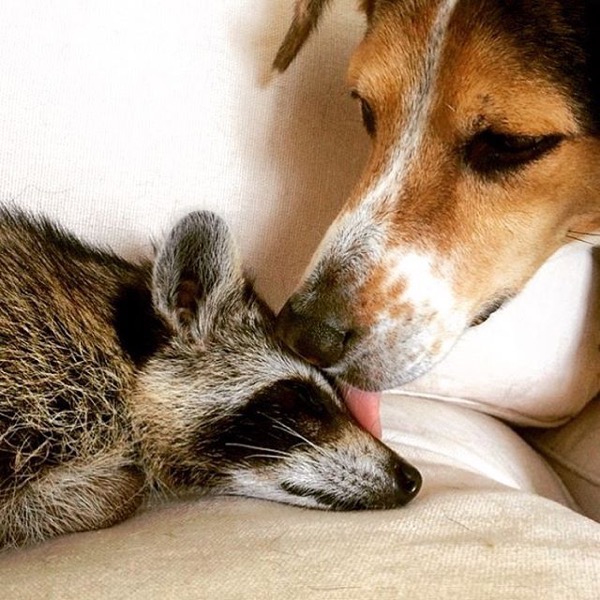 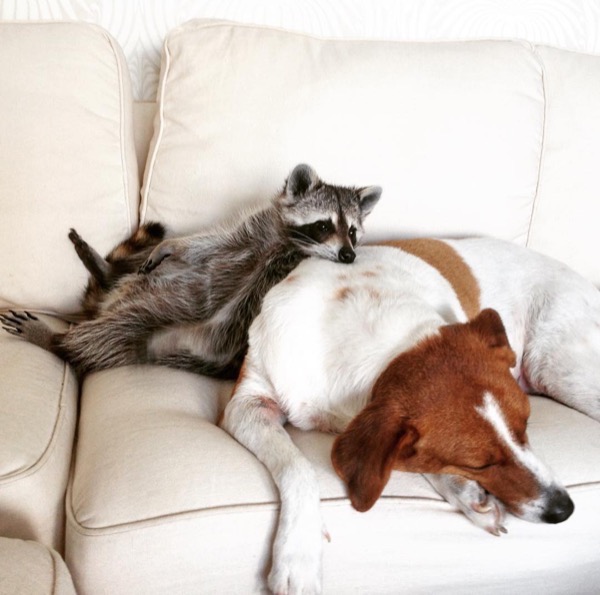