What a time to be alive. In 2016 you can just write “Hi” with Post-It notes on an office wall and trigger an epic PostIt war with the offices in the building in front of yours.
This is exactly what happened in NY when a Harrison and Star employee wrote a simple greeting on his window on the 6th floor at 75 Varick St. in New York..
He didn’t have to wait too long until someone replied with a “Sup?” on the building on the other side of the street. This was just the start of an incredibly creative Post-It war that involved many of the marketing and media agencies populating the two buildings. At a certain point 3M, the manufacturers of the original Post-It notes, supplied the protagonists of the battle with thousands of free Post-It. Take a look at these amazing pictures, and wait for the amazing finale.

READ ALSO:
This Aquarium 'Shames' The Naughtiest Penguin Of The Month For His Hilarious Crimes, And The Internet Can't Stop Laughing

“Hi”, this is how it all started

Shortly after the initial contact the windows started coming to life 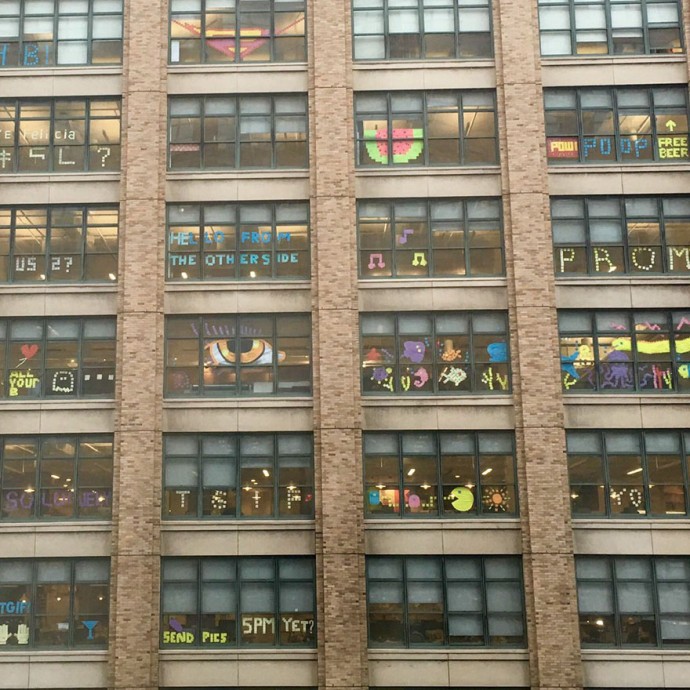 Some Angry Birds popped up on some window


It all continued until the best finale ever possible, an epic mic drop

Here it is from the inside of the building

Probably the biggest mic drop ever

Many workers stayed late and created this epic stop-motion animation. Have you ever seen anything like that?