“Life is like a box of chocolate, you never know what you are gonna get” Forrest Gump used to say. And we really could apply this golden rule to the two animals of this story.
Laura is a piglet saved from slaughter and Marina is a rescue kitten, both of them escaped from a sad fate thanks to the caring people working at the Santuario Igualdad Interpecie, an animal sanctuary located in Santiago, Chile.
Marina, who was abandoned on the streets as a newborn, was so sick when she arrived at the sanctuary it wasn’t clear that she would even survive.
Shortly after arriving at the sanctuary, the two were introduced and it was a matter of seconds that they became best friends.
“Since her arrival, Laura has been treated with love and care that a baby deserves, and has formed a deep friendship with Marina the kitten, showing by example, that when it comes to relations of friendship and respect, no matter the species to which one belongs.” the sanctuary wrote on their Facebook page.

These two cuties are Laura the piglet and Marina the kitten 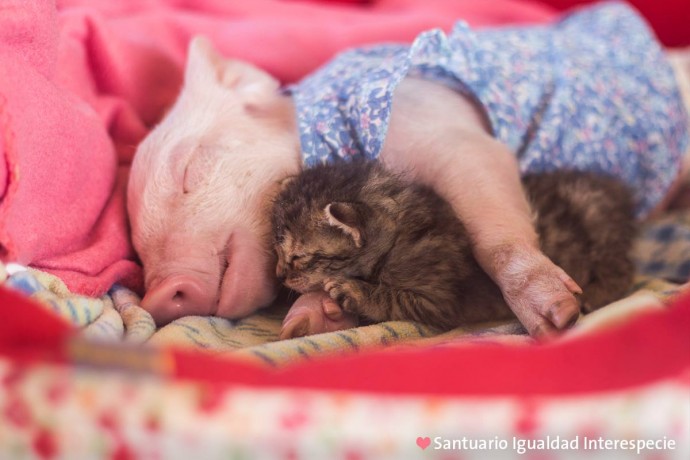 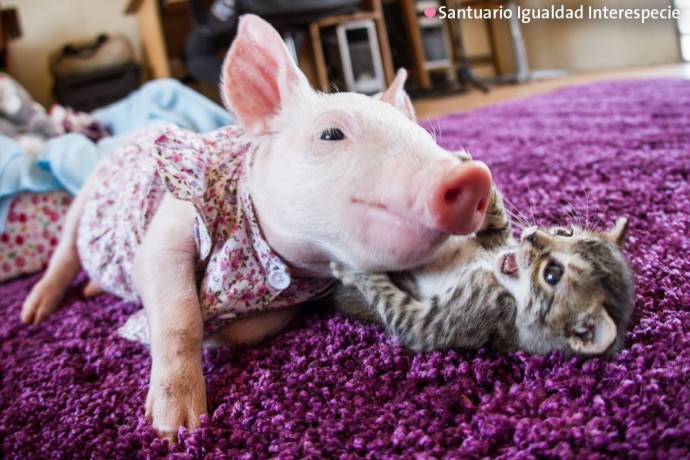 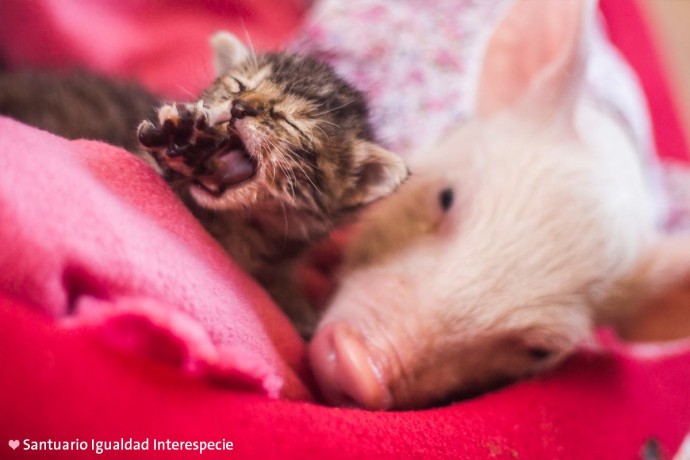 They love to cuddle and play together

This is Marina shortly after arriving at the shelter. She was so sick it wasn’t clear if she would have survived. 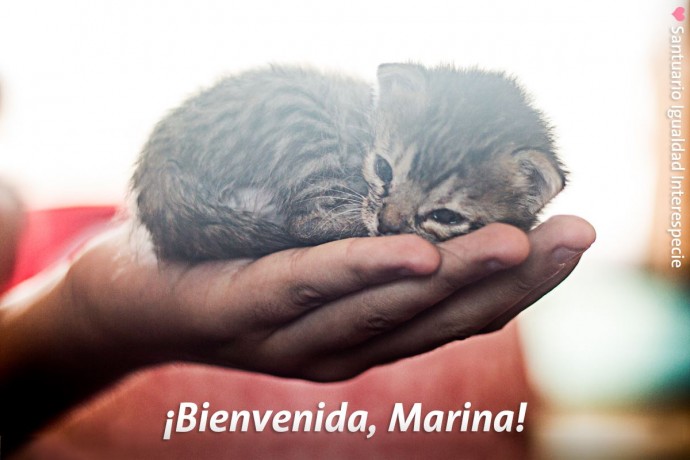 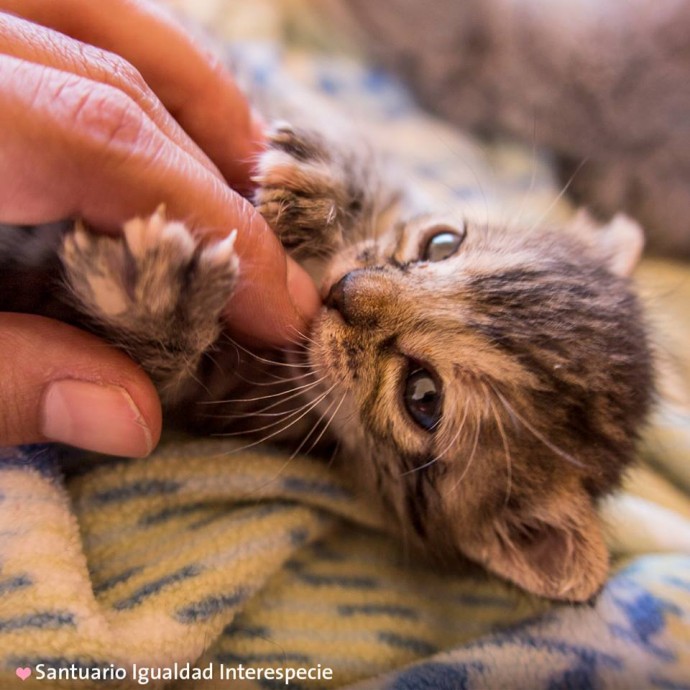 And here is Laura, who is still a tiny piglet 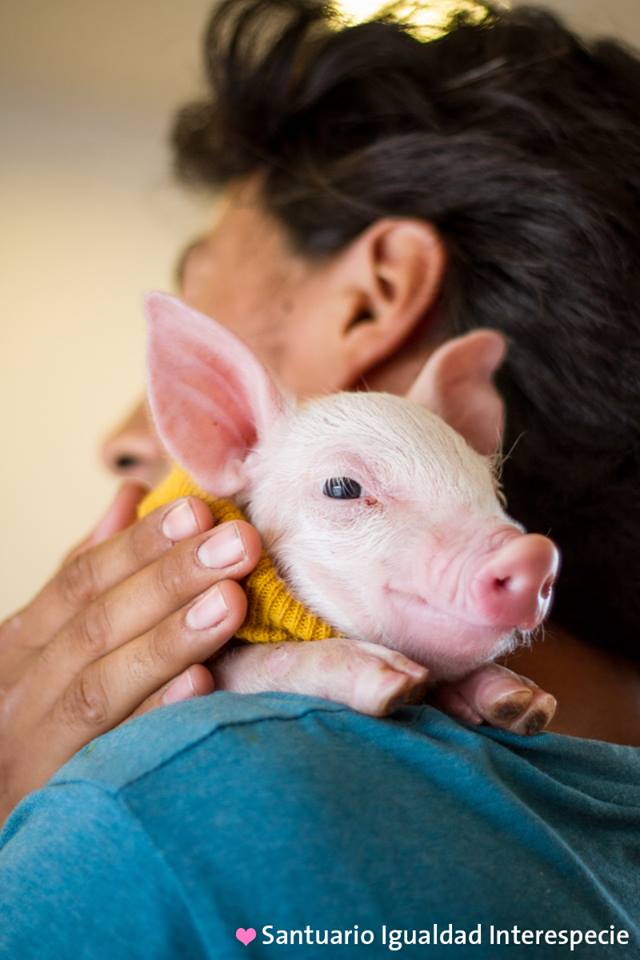 And here they are playing together, showing us that true love doesn’t have boundaries