Even though Rex crossed the rainbow bridge more than 100 years ago, the memory of this good boy lives on.

Stow had a bronze statue of his pup Rex raised right next to his own grave, and though it is not clear if Rex was also buried there, it is plausible.

Rex’s monument is found in Green-Wood Cemetary, and Stow’s deep love for his pup seems to resonate with a lot of people, because to this day, people walk by Rex’s grave and leave sticks for him.

Stow wanted his best buddy right next to him, both in life and in death.

That love and devotion is something many of us dog lovers can relate to.

… by leaving sticks for him by his monument.

This good boy deserves all the sticks in the world. 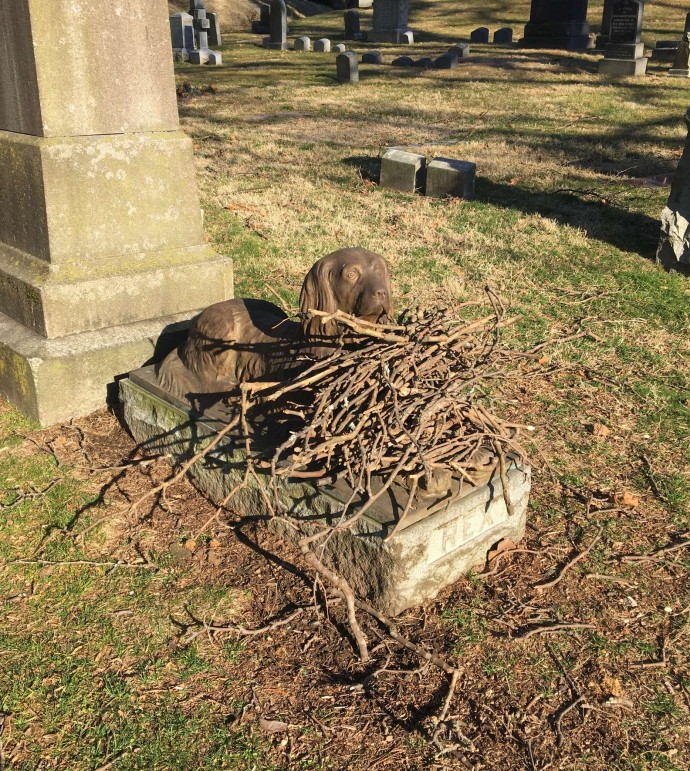 Many people take a moment to remember and honour their own pups.

Rex has become something of a symbol for all pups out there, and the love we feel for them. 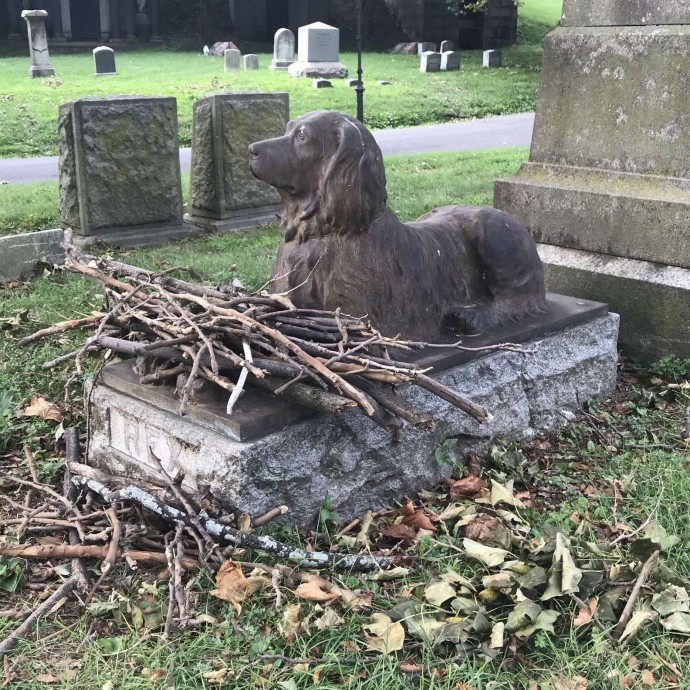 And we’re sure that he is very happy to have been bestowed that honour. 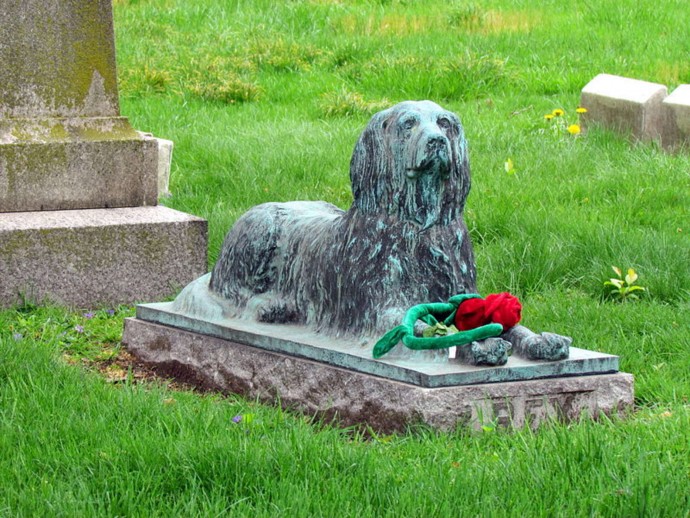