One day, a woman living in the Chicago suburbs found a box on her porch. To her surprise, she found out there was a tiny kitten inside it. He had a large wound on his neck, so she gave him immediate treatment and went to the nearest animal hospital.
Veterinarian Elise Hall examined the cat, who was initially quite shy. As the hours went by he became more friendly and playful, and by the end of the day, Elise decided to take care of him until his conditions were good enough to find him a forever home, and to name him Porg, just like a Star Wars character who also has giant eyes.
Elise soon noticed that scratching Porg’s years and neck would leave large marks on the poor kitten’s skin, and after further investigation they found out he suffered from a genetic condition called Ehlers Danlos Syndrome. For this reason Porg often wears clothes, that protect his skin and make him feel more comfortable, “It has been quite the difficult learning process finding what has helped keep his skin healthy and safe, but we now have our routine down, and he has been doing great” Elise told Lovemeow.
His condition caused also some eye disorders, but the situation is under control thanks to the daily use of eye drops.
Needless to say, Porg instantly became part of the family, and Elise has no intention to let him go. Porg is a playful, cuddly and funny cat, and his big eyes give him a unique look that make people instantly fall in love with him. If you want to see more of Porg and his daily adventures, take a look at his Instagram page, and at some of our favorite photos below. 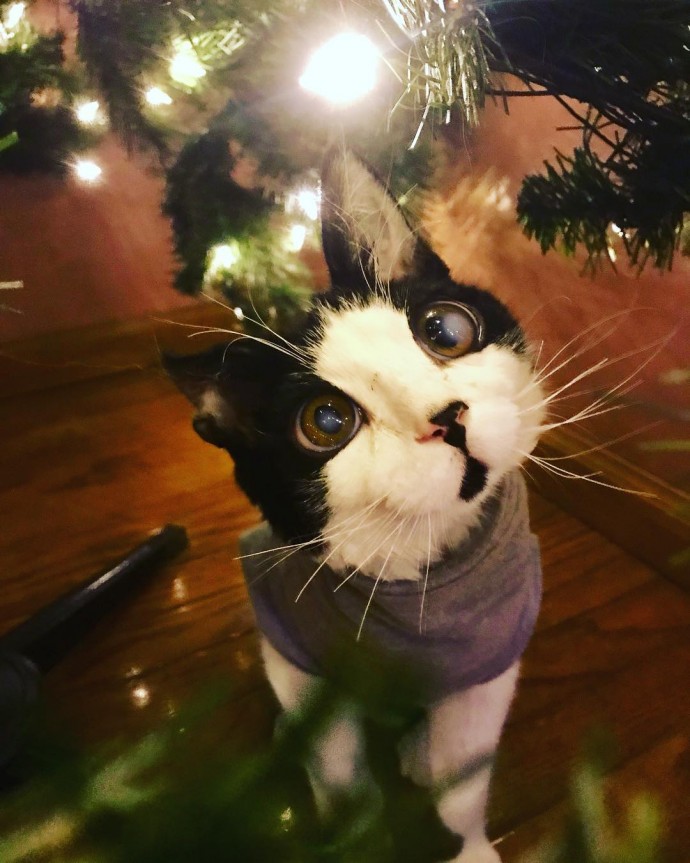 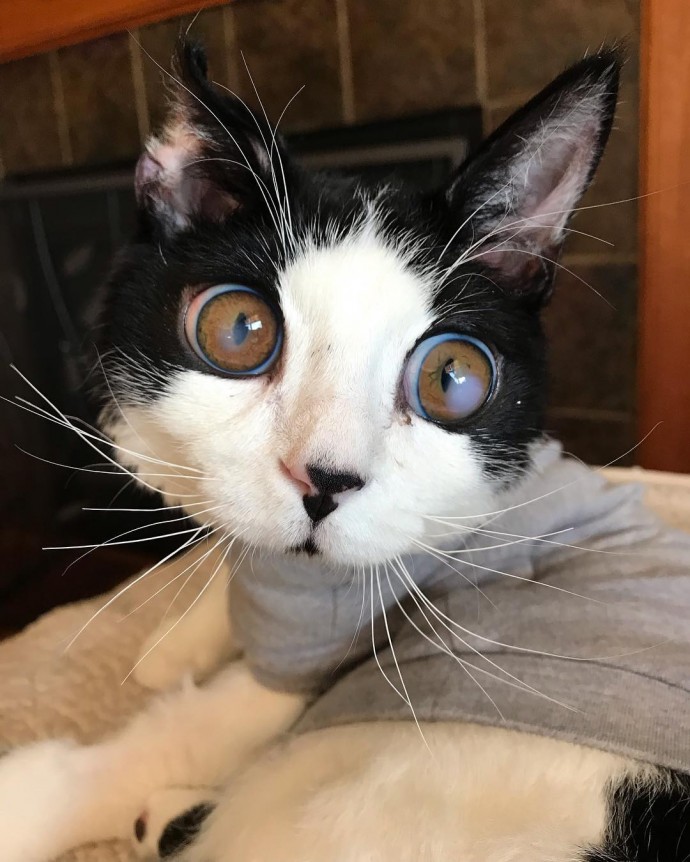 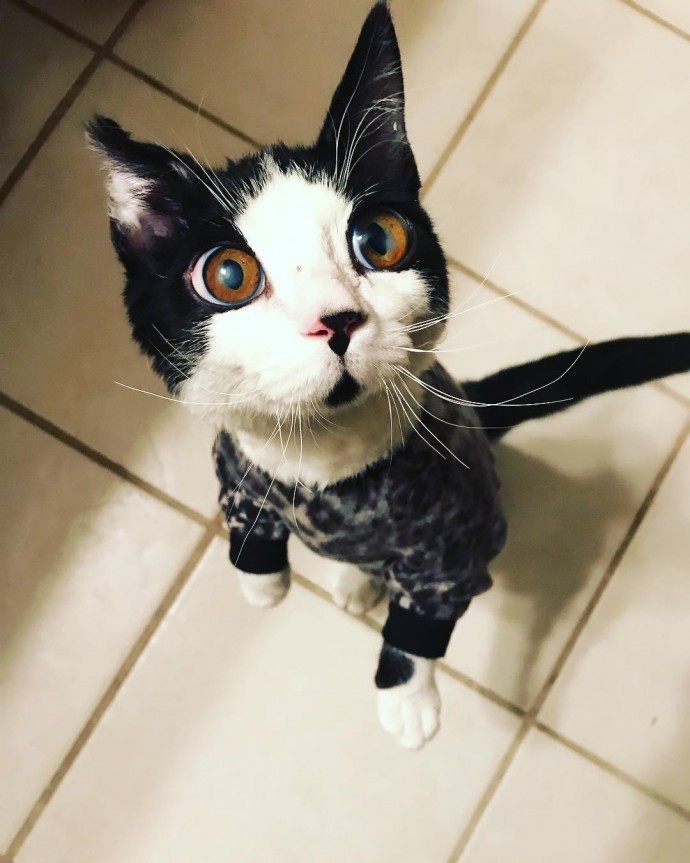 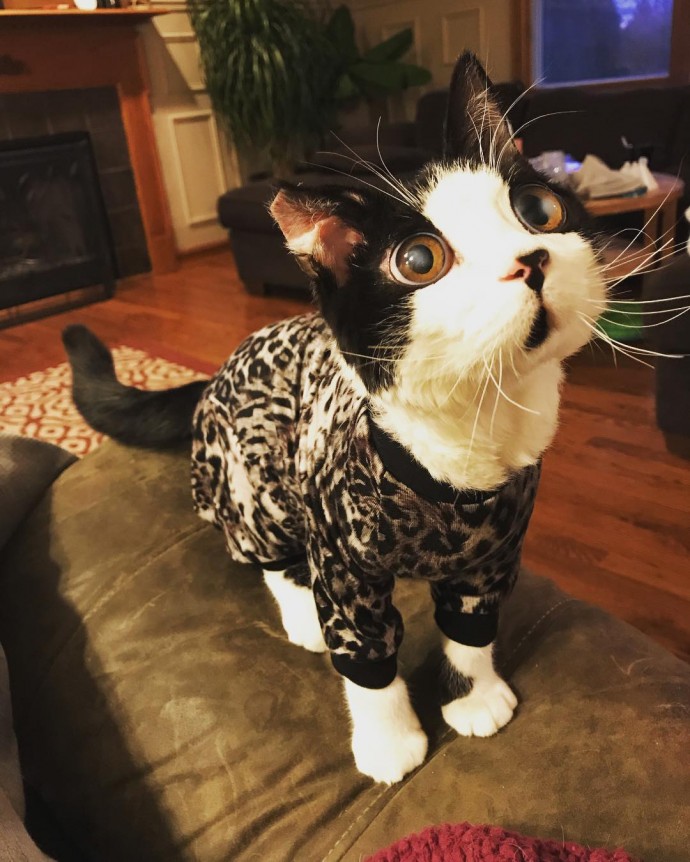 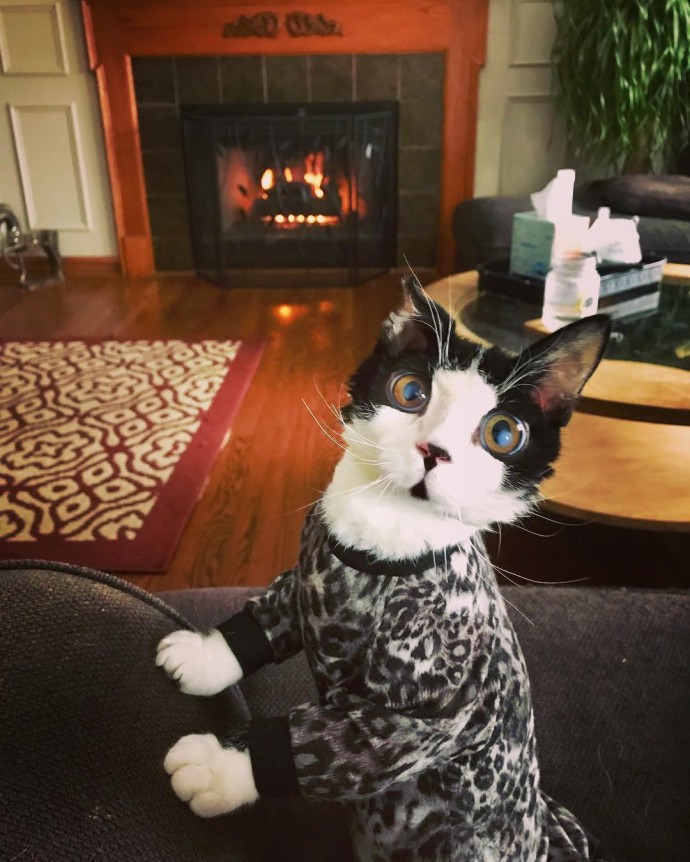 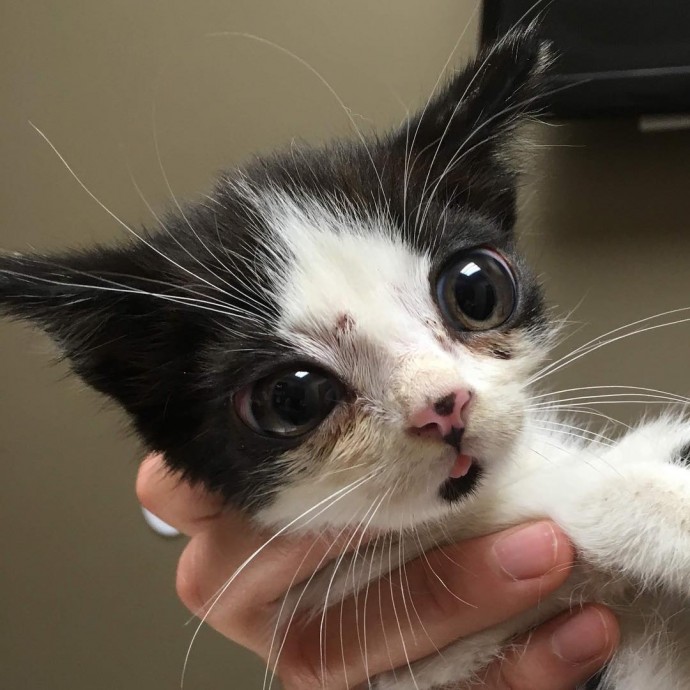 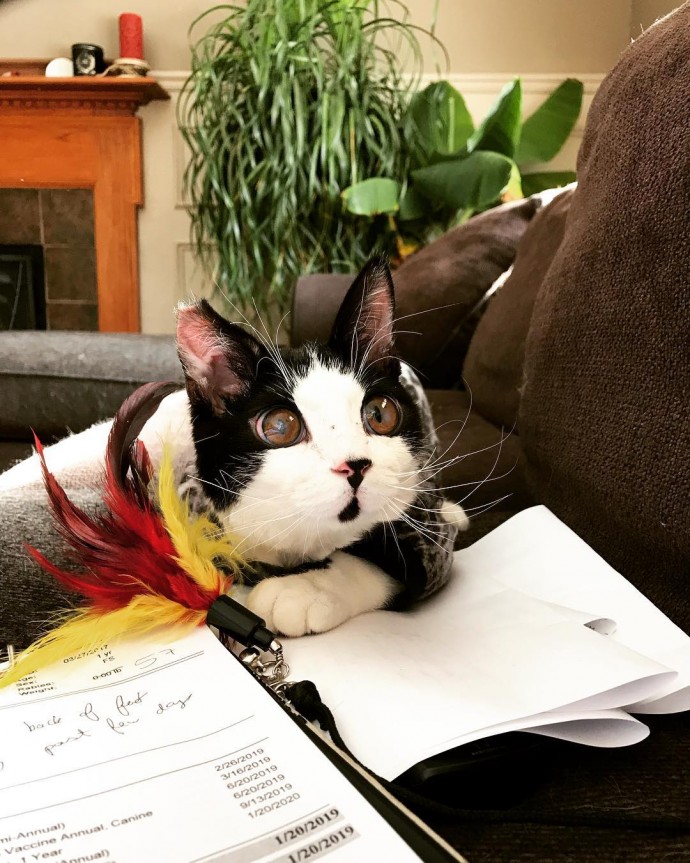 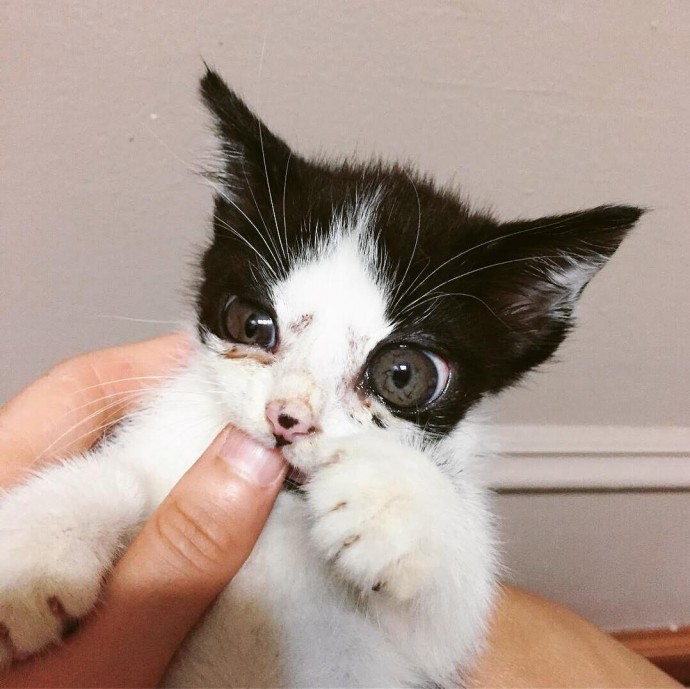 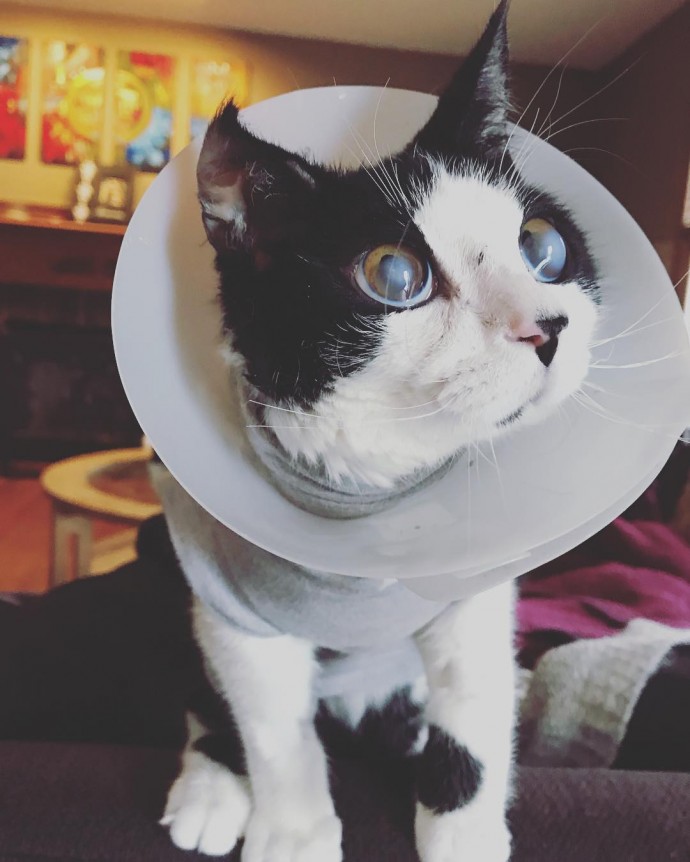 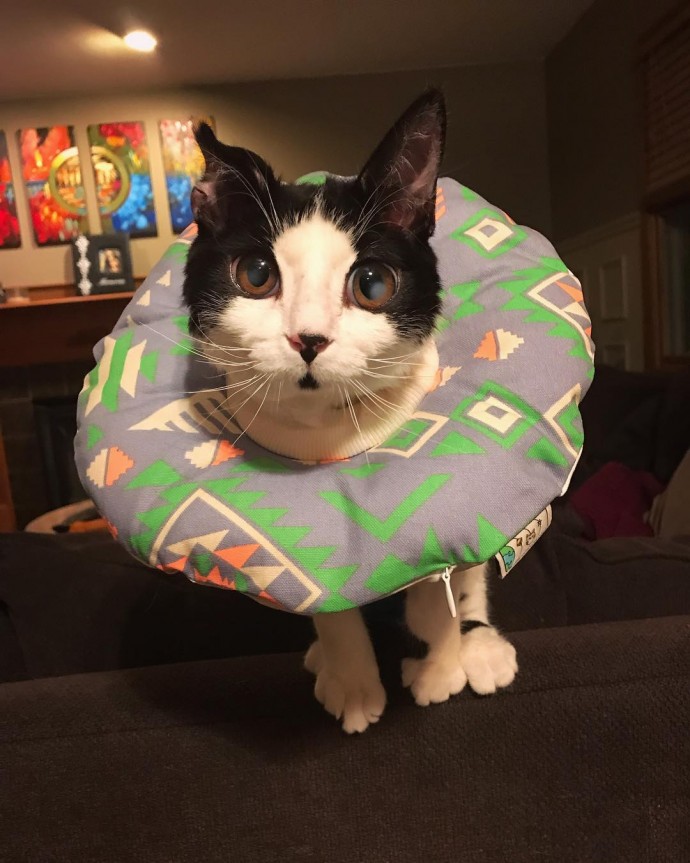 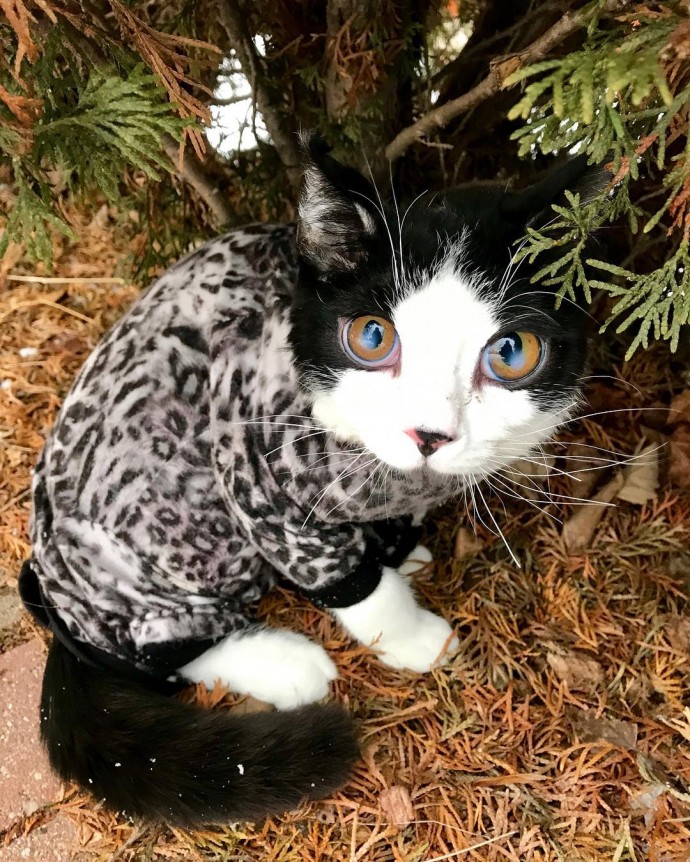 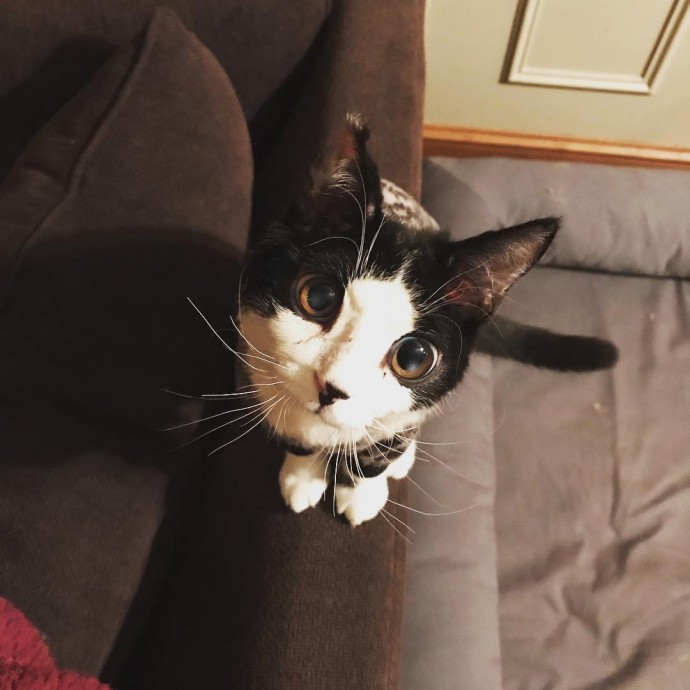 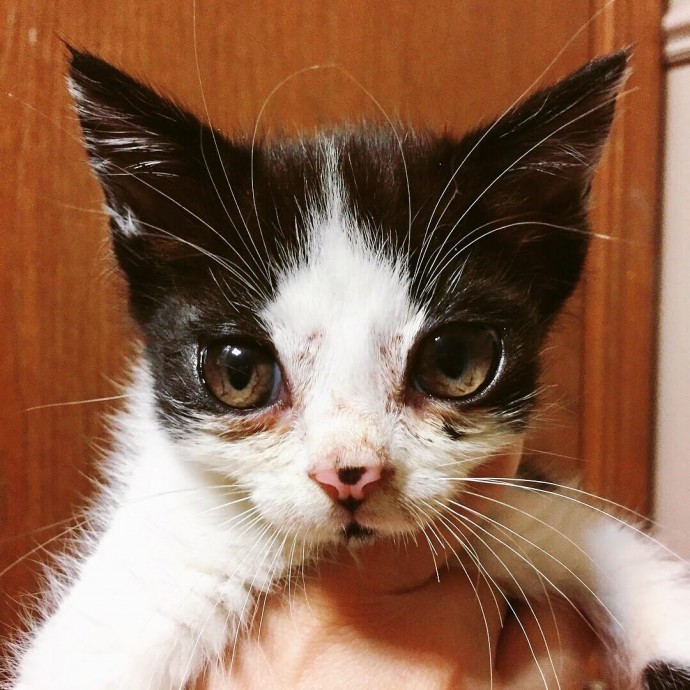 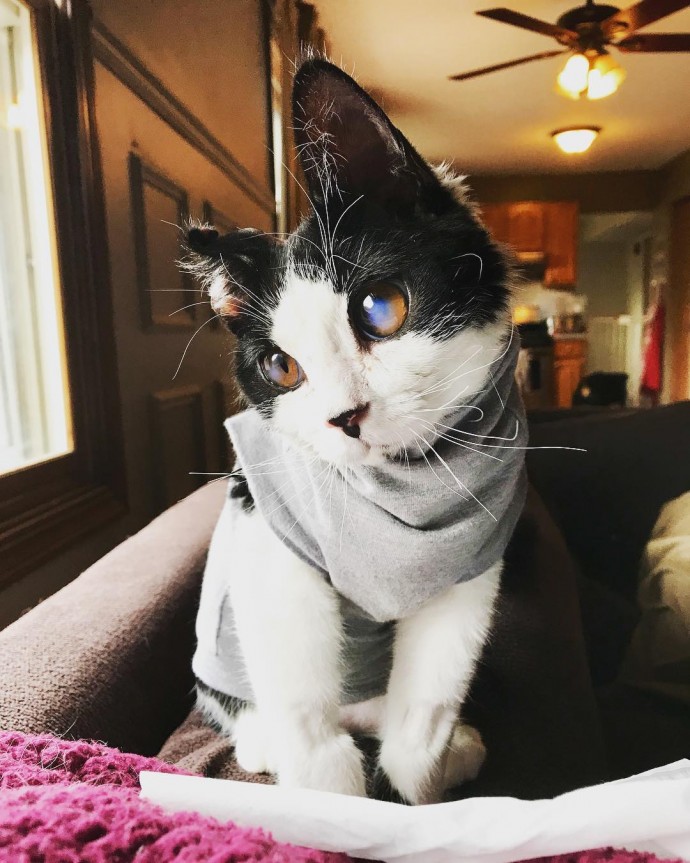 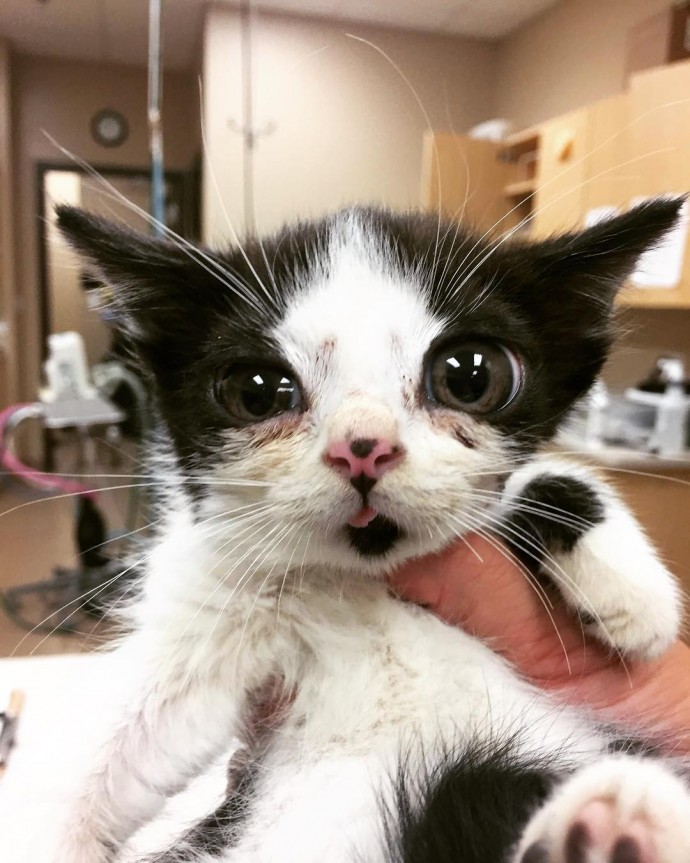 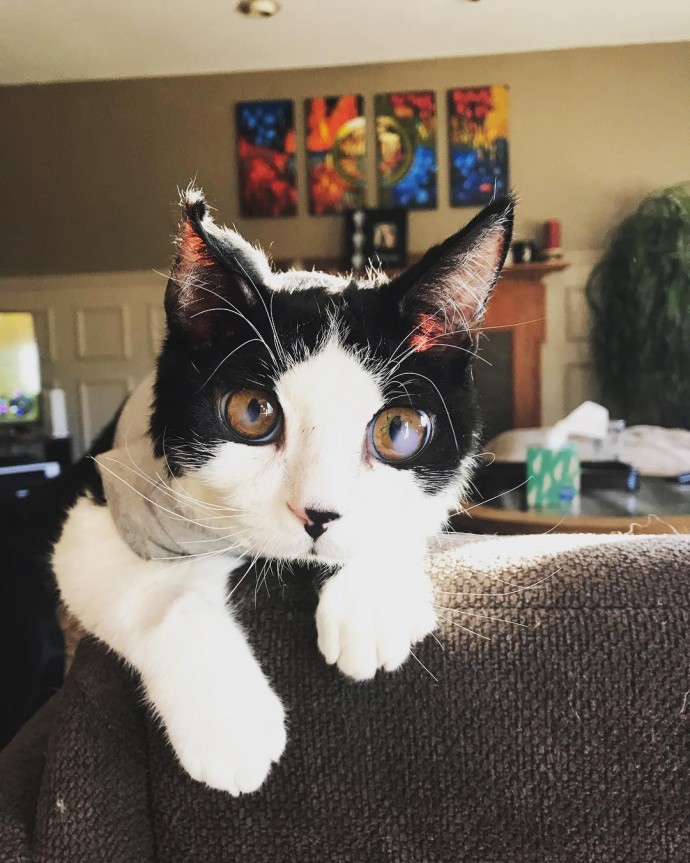 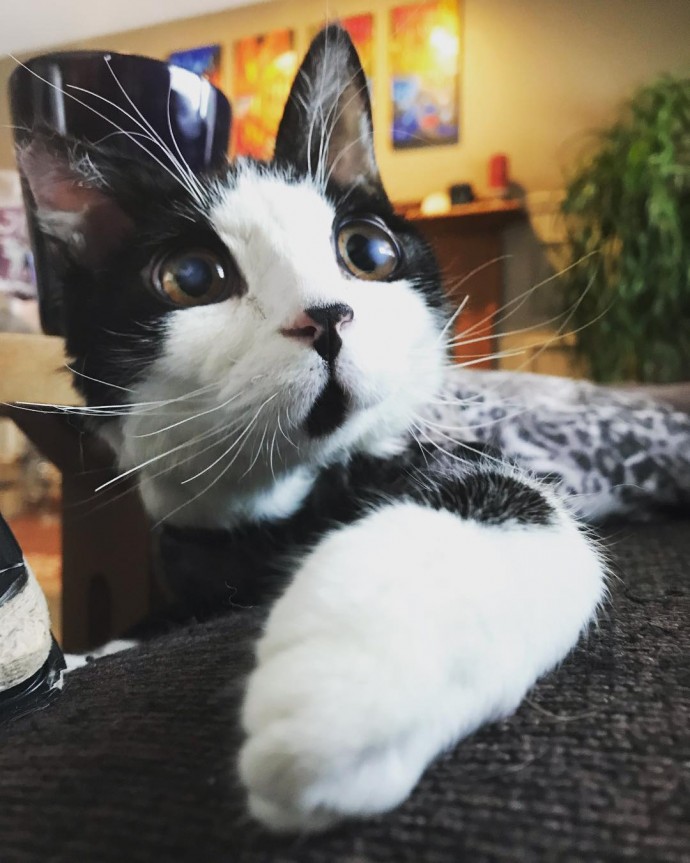 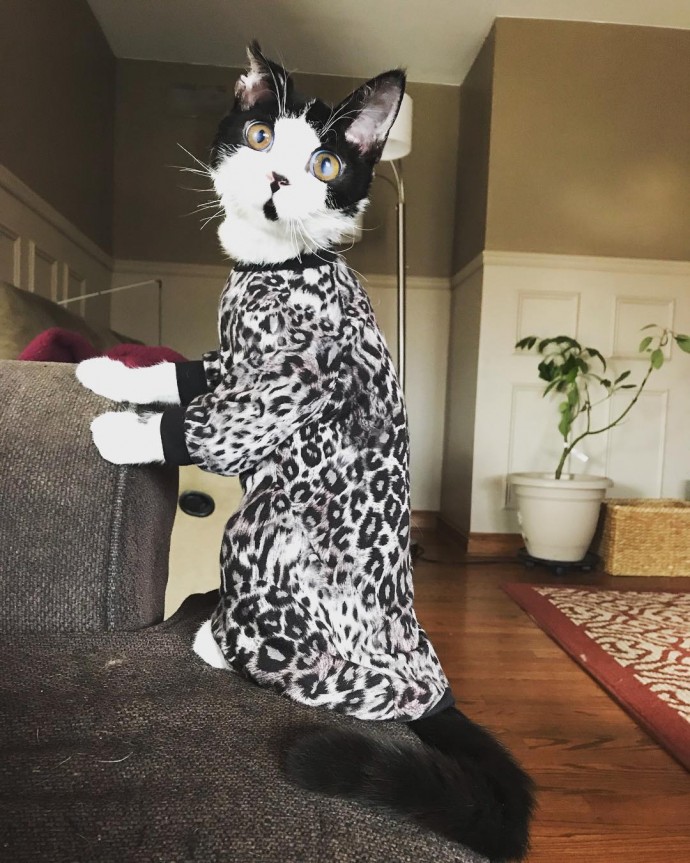 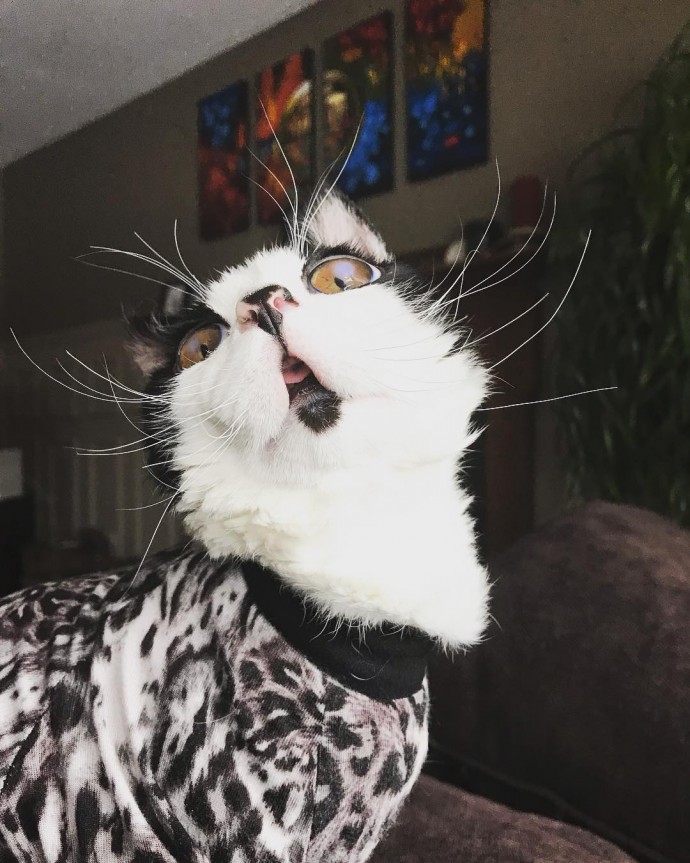 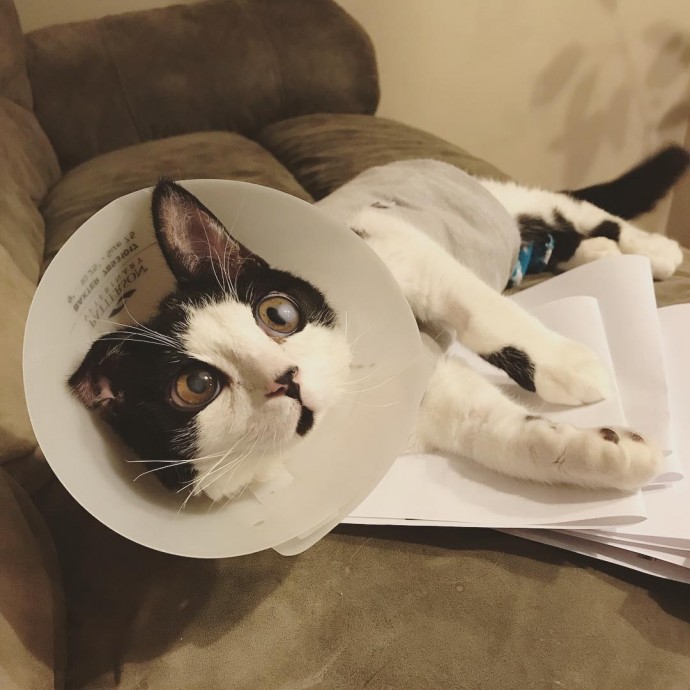 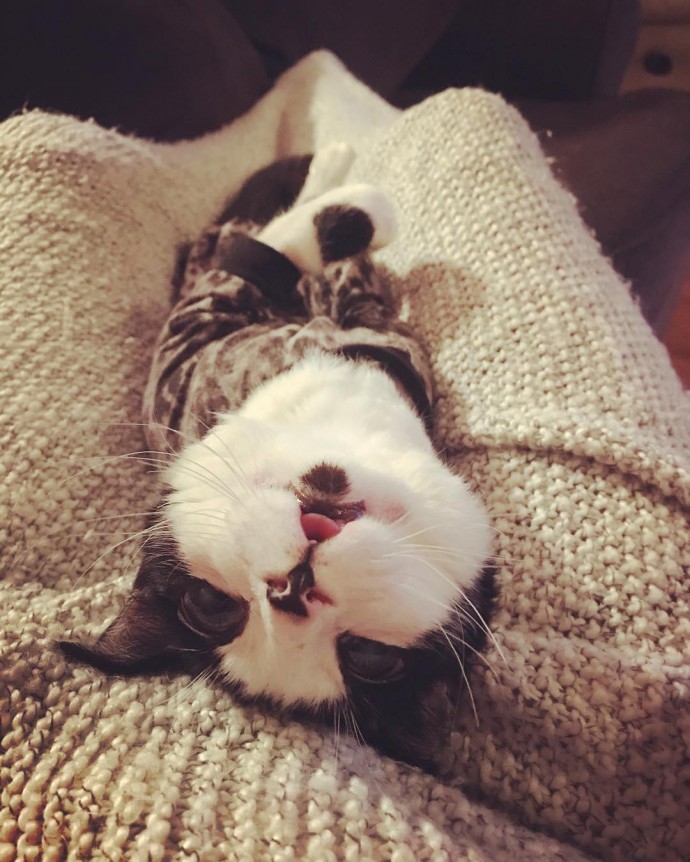 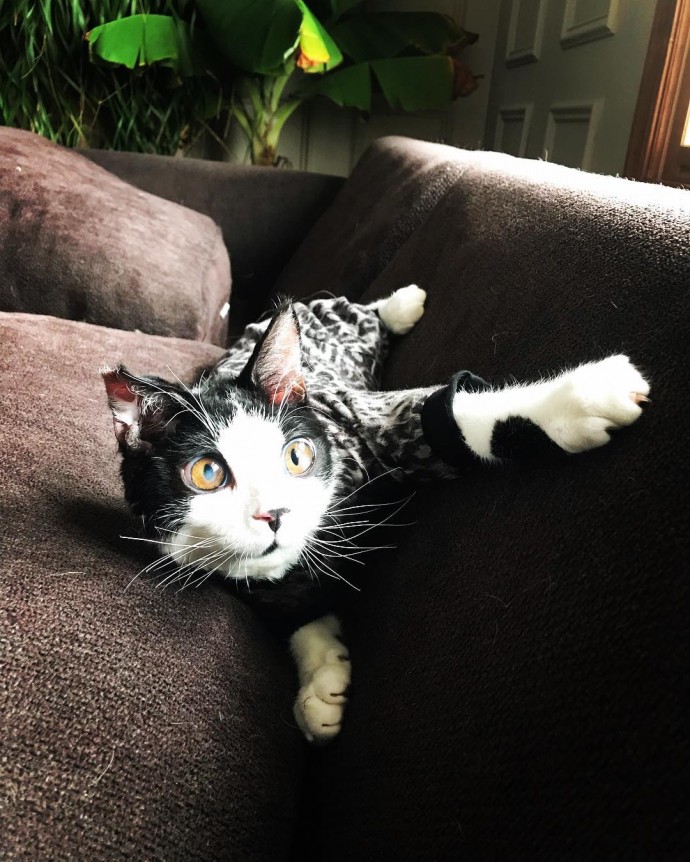 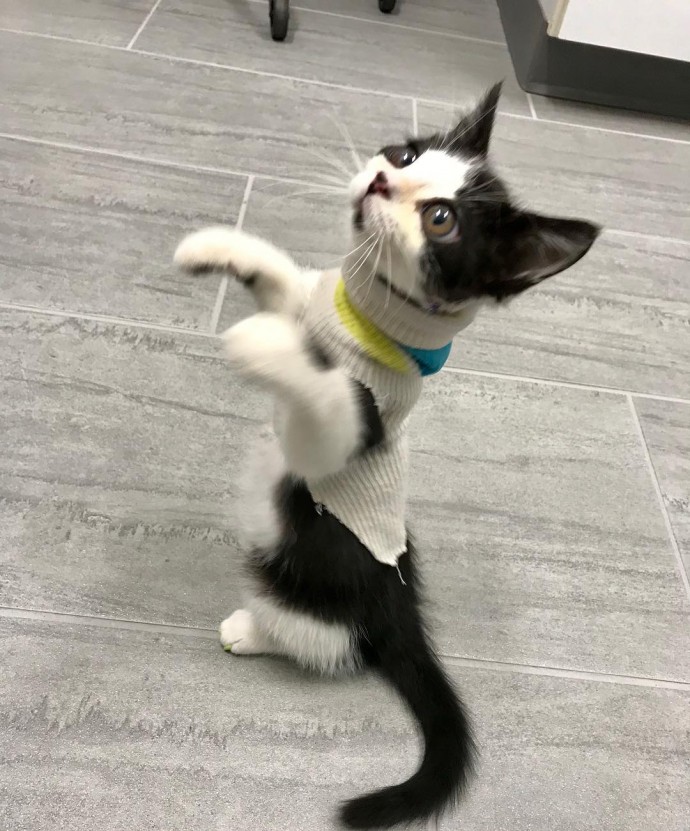