The koala population has been severely affected by the fires that are still raging in Australia; thousands of koalas have died as a result of incineration, burns and smoke inhalation.

It’s an unbelievably tragic situation, but people are refusing to give up and are fighting hard to save as many koalas as they can.

Lucy and Adam Francis are two of the people who have poured their heart and soul into saving the koalas.

The couple, who work with the koala rescue organisation 1300Koalaz, recently took in a severely burned koala called Billy. 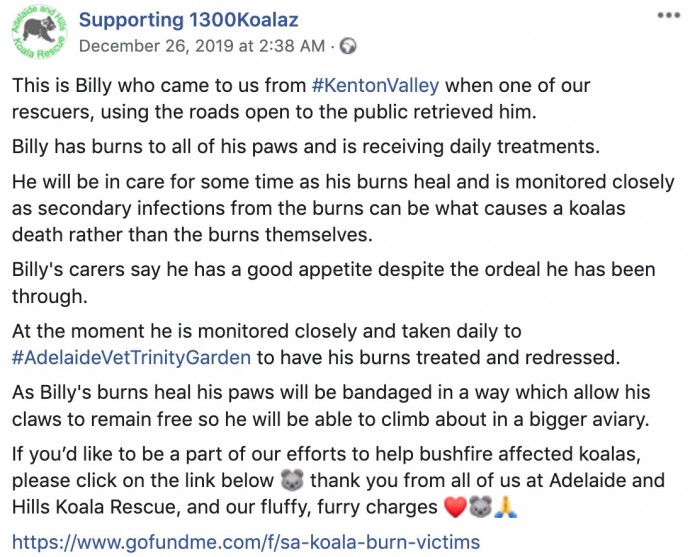 Billy was rescued from a scorched tree in the fire-stricken Kenton Valley.

He had burns to all four of his paws and was in desperate need of medical attention.

Billy received bandages for his burned paws as well as daily treatments and was closely monitored.

As 1300Koalaz explained in their post, infections from burns are a serious hazard and can end up killing the afflicted koalas.

During this time, Billy was placed in the home of Lucy and Adam. They kept a close eye on him and tried to make him as comfortable as possible.

“We used a camping mattress for him to sit on, and placed a pillow behind him for him to lean back in as it was difficult for him to sit in a normal koala position. He was clearly in shock, frightened and covered in soot and ash from the fire” Lucy said in an interview with the Dodo.

Since Billy’s paws were burned and covered in bandages, he couldn’t climb and wasn’t suited to live in Lucy and Adam’s normal koala enclosure. Therefore, they built Billy his own little enclosure in the kitchen where they could keep a close eye on him.

After a while, Billys burns had healed enough for him to receive a new set of bandages that left his claws out in the open which would enable him to climb. 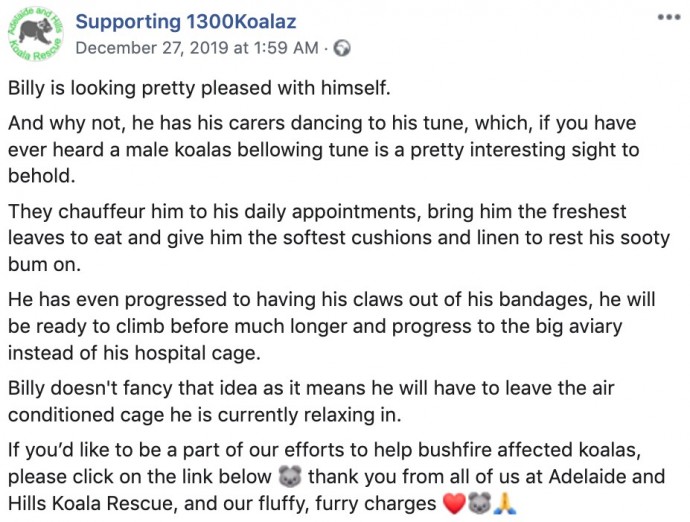 Lucy and Adam have taken extremely good care of Billy while they’ve nursed him back to health and have become completely smitten by the sweet little guy.

Lucy told the Dodo that Billy is one of the sweetest koalas she’s ever handled and marveled at his gentle nature. Even when they need to rub cream into his blisters and burns, Billy is never aggressive, but behaves more like a child who doesn’t want the medicine, trying to gently hold his human friends’ hands with his paws.

Now, Billy is growing stronger by the day and no longer has to keep all his paws bandaged.

Instead, he’s able to make do with just two paws wrapped up. 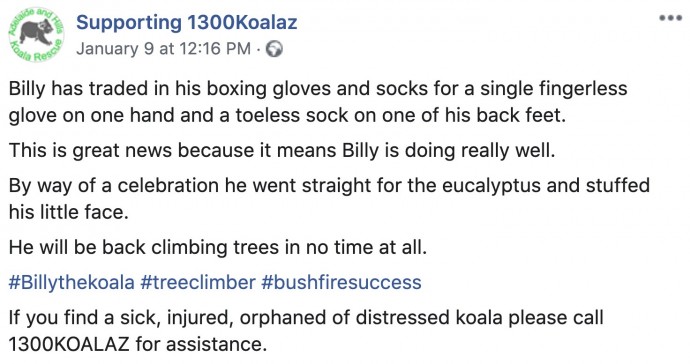 When Billy came to Lucy and Adam he was weak and in pain, but now he’s well on his way to recovery and is getting better with every passing day.

Though he still needs more time to rest and recover in the safety of Lucy and Adam’s loving home, he will eventually be able to return to the wild.

When this happens, it will be a happy day for the couple, but they already know they will be missing this little furball, who completely stole their hearts, so much.

It’s a glimmer of hope and happiness while the effort to save as many koalas as possible continues.

Billy is not only getting stronger but is also getting noticeably happier as time goes on, and it’s all down to the wonderful efforts of Lucy, Adam and 1300Koalaz.

Without them, Billy, and many other koalas like him, would not be alive today. 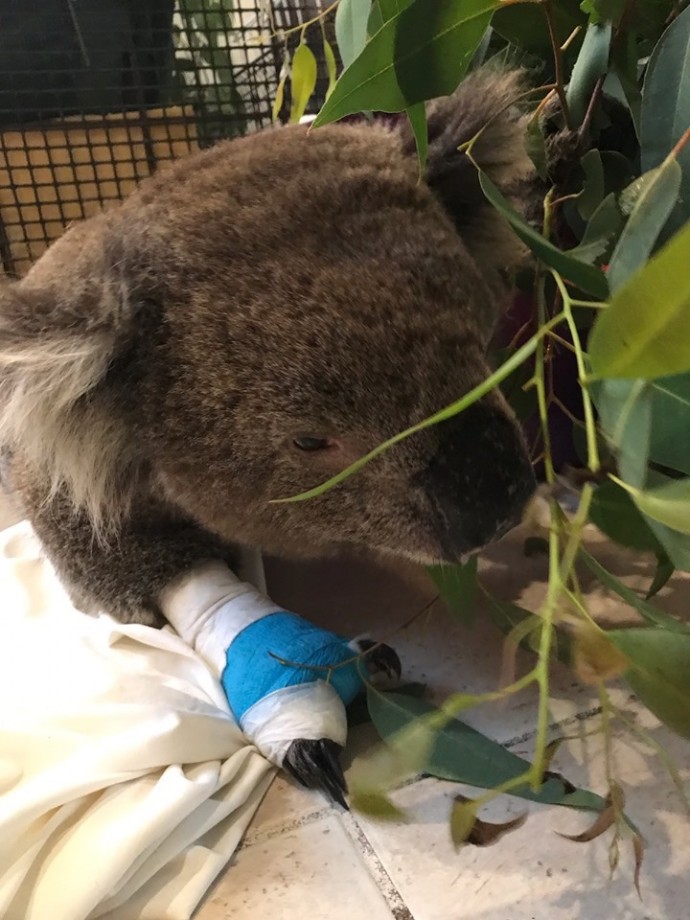 We are so happy that Billy is doing better and we’re very grateful that heroes like Lucy and Adam exist.

If you would like to support the important effort to save the koalas, you can contribute to 1300Koalaz via their site or gofundme.