Dogs can do just about anything that would melt our hearts, that’s why they continue to live up to the the title ‘Man’s Best Friend’. However, just when we think we’ve seen every single heart-winning dog skill in the world, we’re proven wrong by Arwen, an unstoppable furball of energy, trained to do tricks most humans have never seen before. Arwen is a mixed breed between a Husky and a Kelpie, and according to Tumblr user, Gallusrostomegalus, it’s because of her mixed genes that she’s extremely smart and energetic, but borderline naughty and hilarious at the same time. She was also trained as an Autism Service Dog by inmates, and apparently, she does vertical leaps, climbs chain-link fences, and performs a variety of incredible ninja-like stunts. This dog is definitely more than just your regular dog, just read the following Tumblr thread to have a glimpse of how seriously extra this dog is. (h/t)

Meet Arwen, master of scheming and naughty antics that are never expected of a lady dog. For her family, she may be quite a handful but she’s definitely brought a ton of joy to his new home. 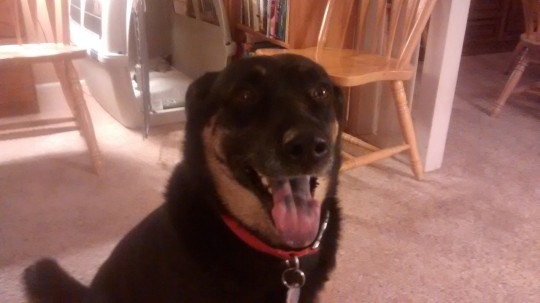 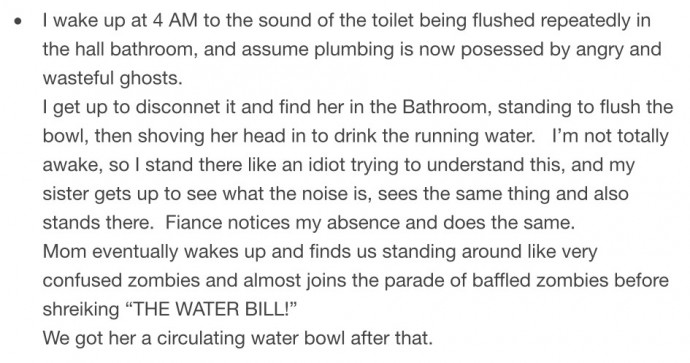 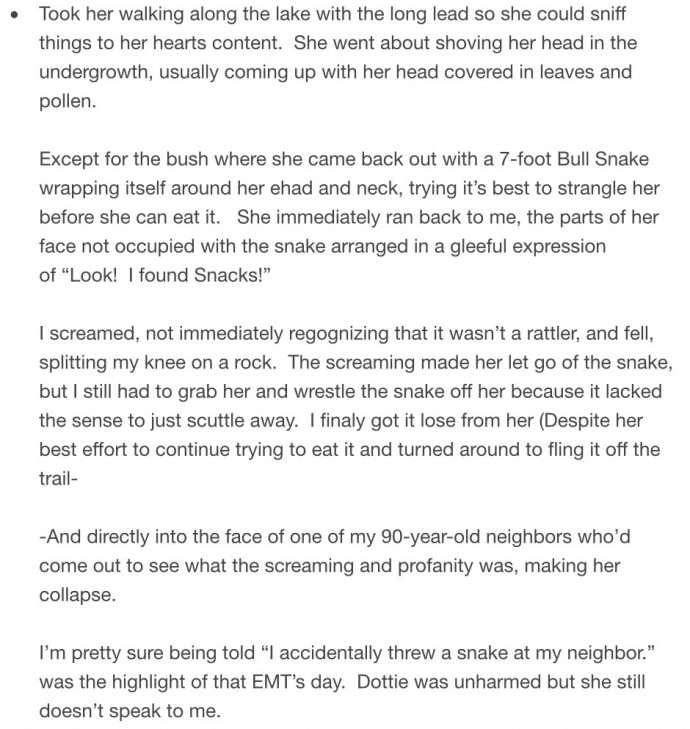 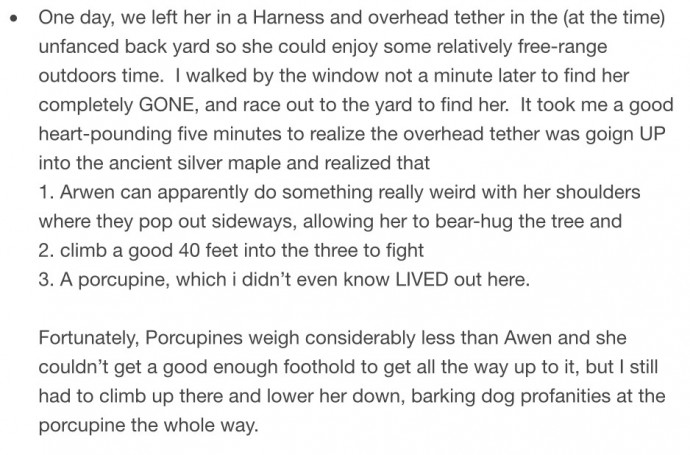 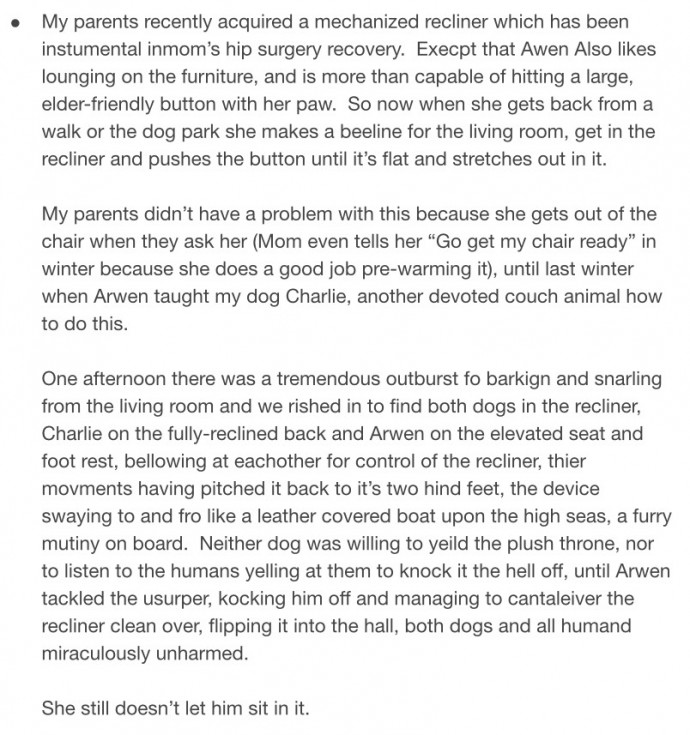 Now that you’ve read about Arwen’s life of bloopers, you know that she’s such a hilarious, clever, and very happy dog. But not only she is a delightful trickster, she also knows how to teach other dogs some manners. 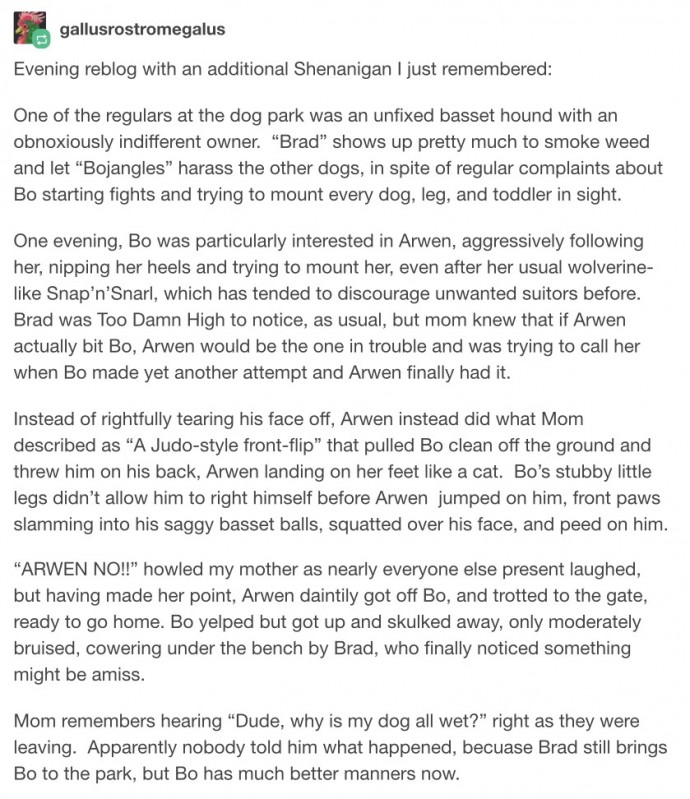 That could have been a great movie action scene. It looks like Arwen knows how to put her skills in good use after all. Now, should we believe dogs can be ninjas too?

But wait, there’s more. If you think that’s all Arwen could do, here’s yet another stunt she pulled off while at the vet for check-up and daycare. 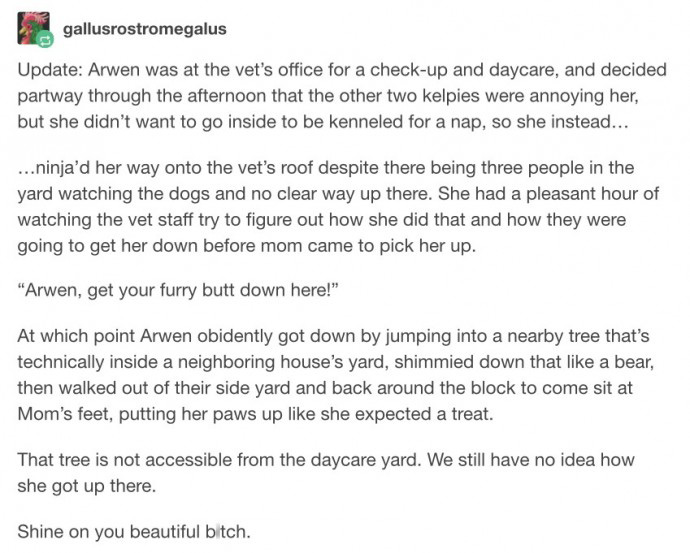 It seems like Arwen’s ninja skills level up, one stunt after another.

We understand your minds are boggled right now. If you’re wondering how a dog could have such super powers, here are brief but precise reasons behind that. 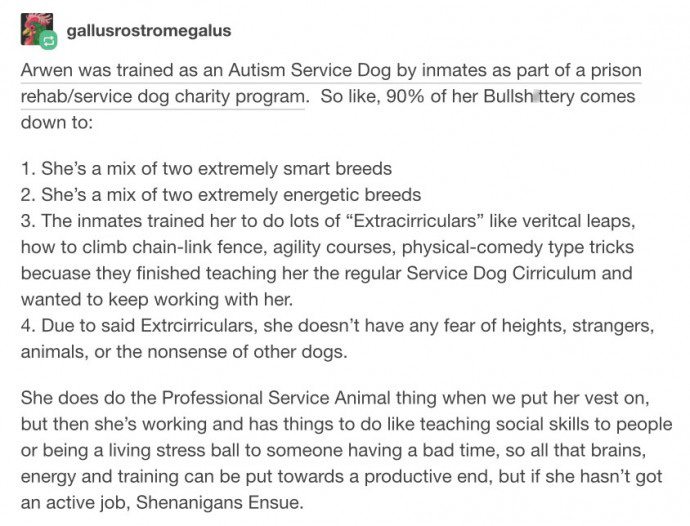 With all the attention Arwen is getting online, we’re sure everyone’s intently waiting for what Arwen is up to next. 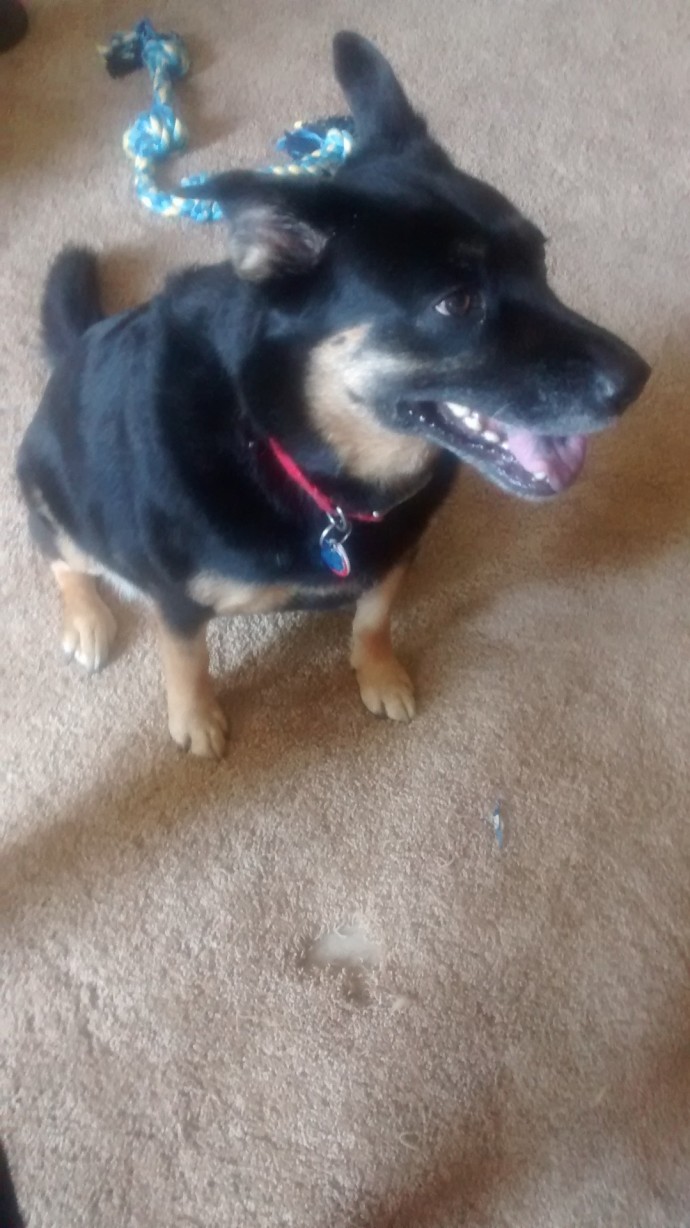 Even after all naughty stuff Arwen has done, she sure knows how to make up for her hilarious misbehavior through her volunteer work. Turns out Arwen is not only here for an action-packed life, but she also has a big heart for kids. Arwen is definitely a gifted dog and her owners are lucky to have someone like her. 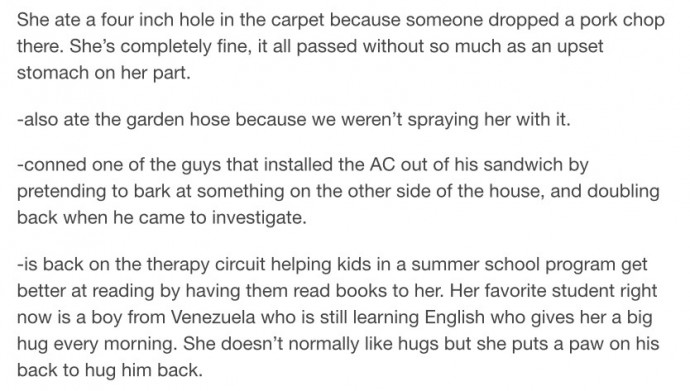