Earlier this year, in South Australia, an 11-month-old German Shepherd named Chloe was muzzled by her owner by having a cable tie strapped around her snout.

For four long hours, Chloe suffered under the hot sun, until a neighbor noticed her and reported the fact to local authorities.

Chloe was panicked and struggling to breathe, but thankfully a concerned onlooker managed to free her from the cable-tie. The dog was quickly given some water to drink and then got to cool herself off in a pool.

Her owner tried to justify his actions by saying that he had simply forgotten to remove the cable tie before leaving for work that morning.

However, he should never have strapped it around her to begin with. Dogs need to be able to pant in order to cool themselves down or they can overheat – something that can prove to be fatal.

The man has been fined $200 dollars a month for 15 months, forced to pay $1,600 in vet bills and legal fees, and has been banned from owning any animal for two years.

Chloe has been rehomed into a loving family and will never have to see her former owner again. 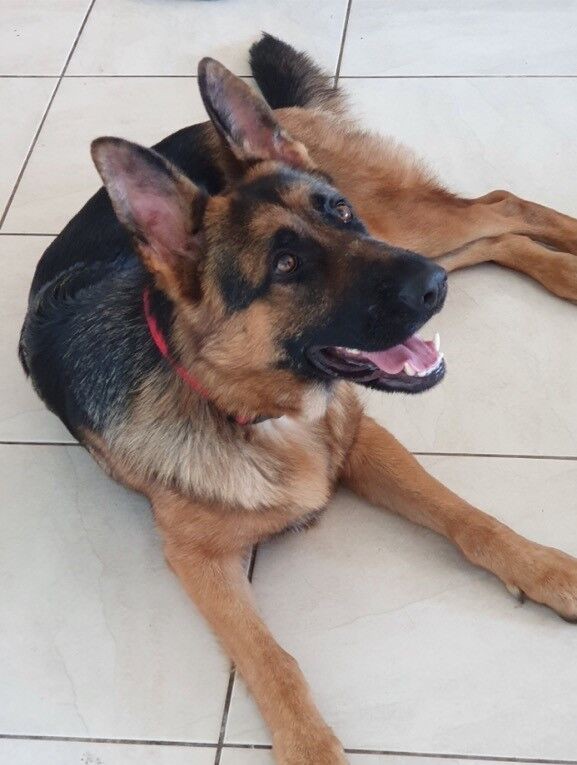