As we all know, you usually don’t choose to adopt a cat, but is the cat the one who chooses you instead. On one sunny day in Canberra, Australia, Ali Safa got a wonderful surprise. He originally planned to spend the day playing video games and hanging out in the garden. He fell asleep while sitting outside relax and getting some sunshine. When he woke up from his nap, he was surprised to find a cat napping on his stomach.
The white kitten looked so peaceful, but she was so tiny, Safa initially thought she was a rat. It was an earthwarming sight for him, who describes himself as a loner and never had a pet before.
Amused by the situation, Ali took a quick selfie with the sleeping cat and posted it on Reddit. When the kitten woke up, she made eye contact with him and meowed non-stop for 20 seconds. She was probably hungry so Ali shared his meal with her. He named her Angel and finally decided to adopt her.

Ali Safa, who’s from Canberra, Australia, was relaxing in his garden one day. He fell asleep and woke up to a stray cat napping on his stomach. 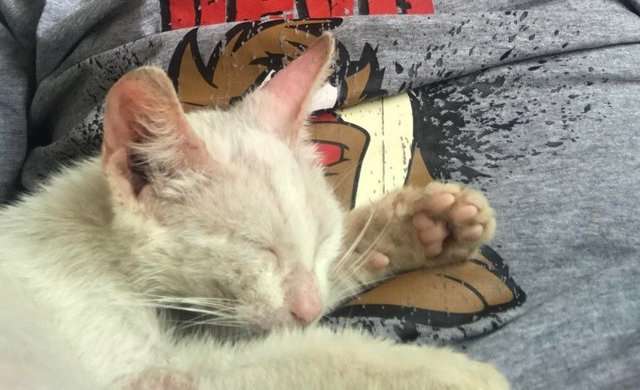 The situation was so unique that he snapped a selfie with the sleeping cat, who looked so peaceful while she was sleeping and even made purr sounds. 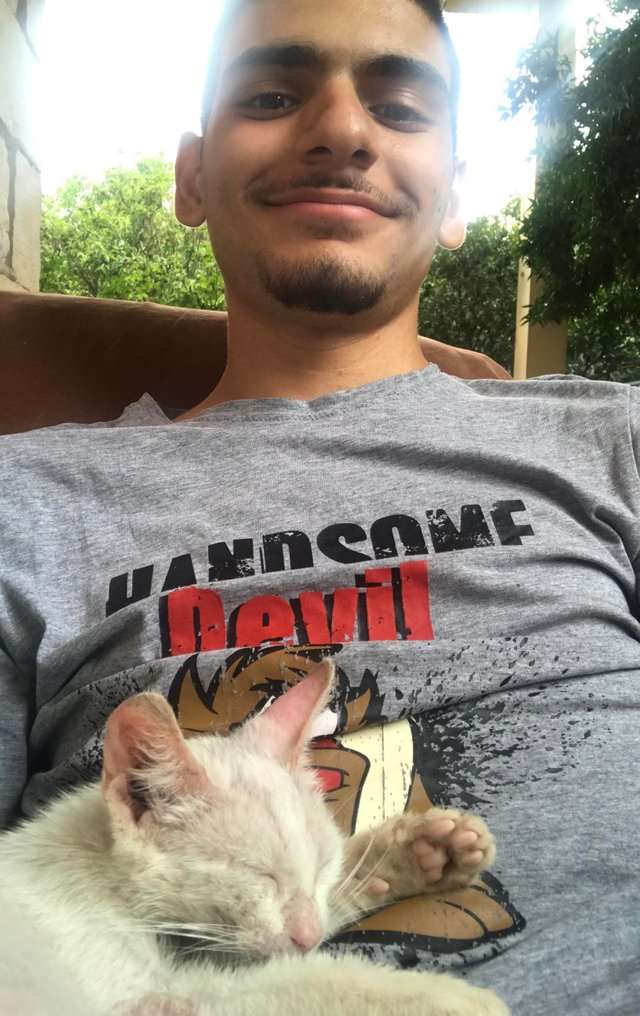 He never had pets before but he quickly gained the cat’s trust. He named her Angel and he decided to adopt her. 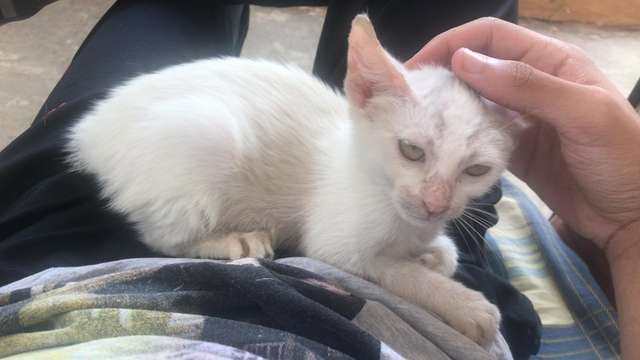 Or we can say, like it always happens, that the cat finally chose to stay with him. 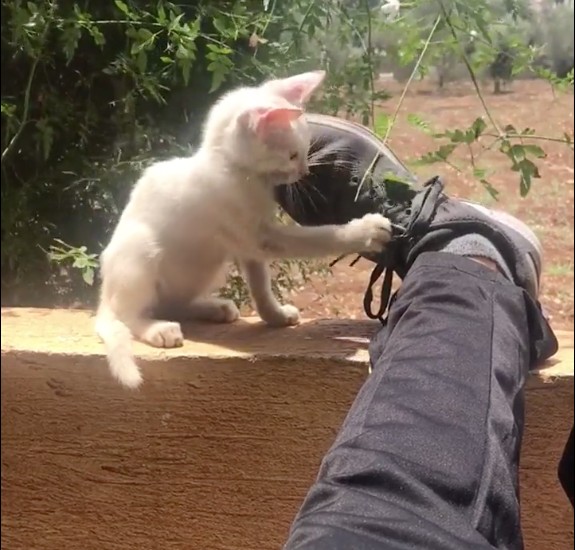