A kitten named Sansa was rejected by her cat mother. She was left behind because she was thin and unhealthy. She didn’t want to eat and looked too frail.

Thinking that she would eventually die, Sansa was abandoned by her mother, who chose to take Sansa’s stronger, healthier siblings. Fortunately, a kind man, Alan, helped Sansa.

Alan took Sansa to his home and decided to adopt her. He fed, bathed, and took care of her.

For the first couple of months, Alan even bottle fed Sansa. Also, he bought her a comfortable bed to sleep in and fun cat toys to play with.

In the beginning, Sansa was smaller than Alan’s foot. Luckily, he took care of her and helped her transform into a healthy, beautiful cat.

Today, Sansa repays his kindness with cuddles and lots of love. She is now a gorgeous cat who’s full of personality.

A frail, little kitten named Sansa was rejected by her cat mother right after giving birth to her. 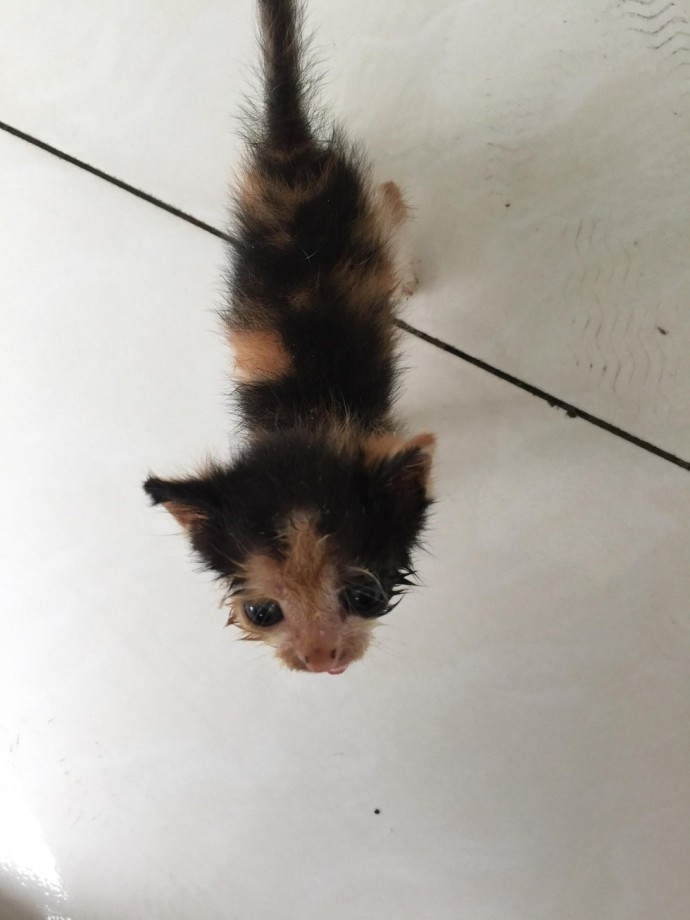 The kitten’s mother decided to leave her behind because she was thin and unhealthy. 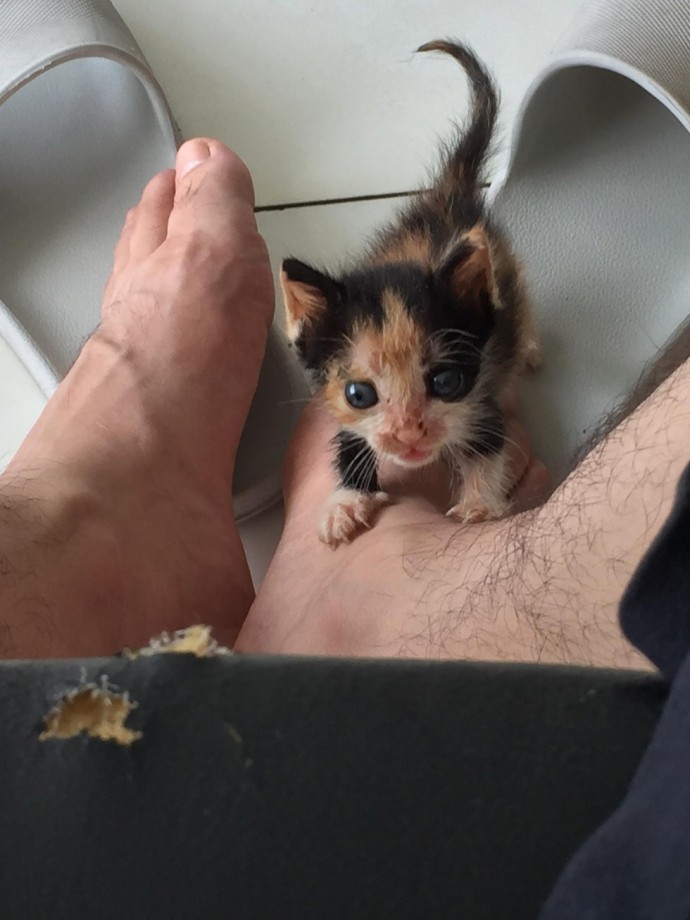 Sansa wasn’t eating at all, and she looked sickly. 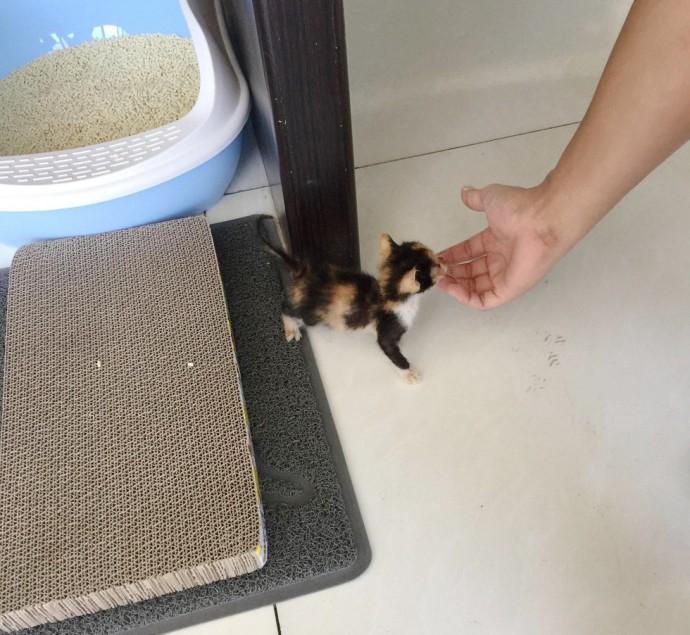 Sadly, her mother decided to abandon her because she thought Sansa would eventually die due to her condition. 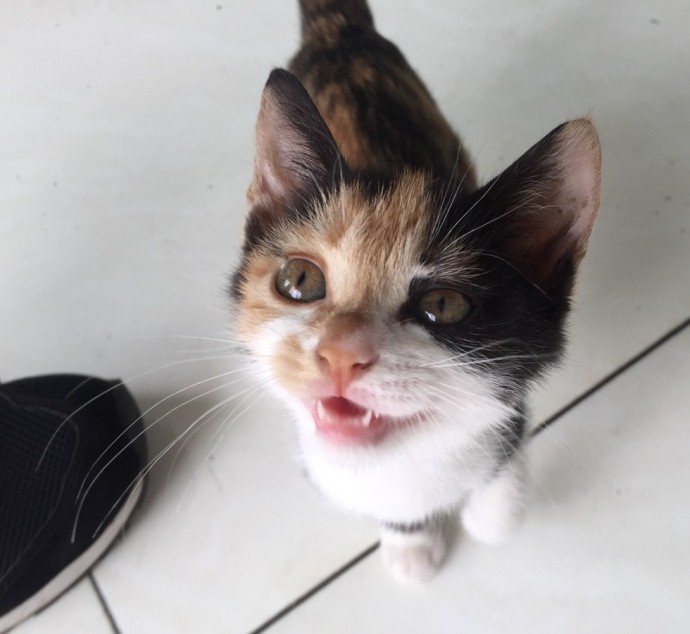 A kind man named Alan helped Sansa and gave her a loving home. 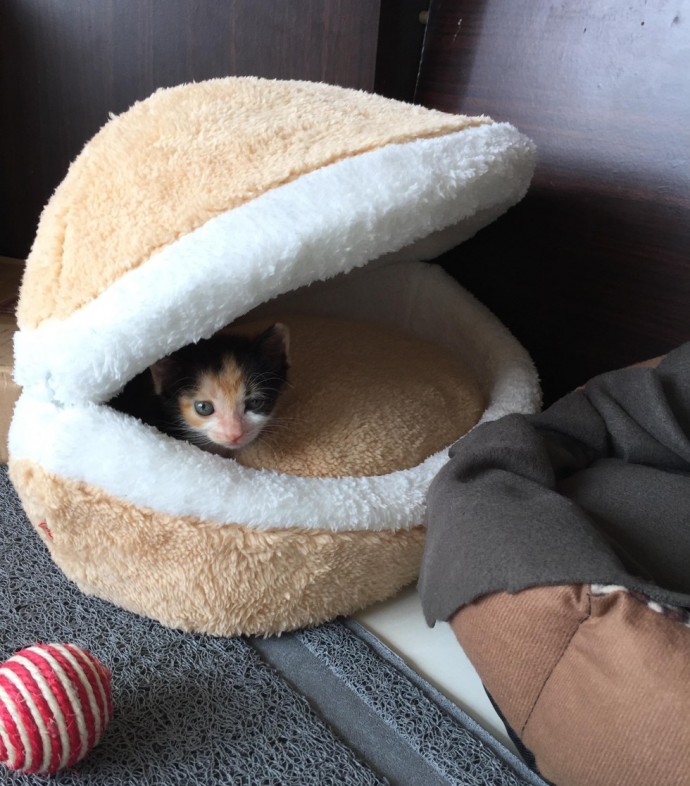 He fed Sansa with nourishing food and gave her lots of love. 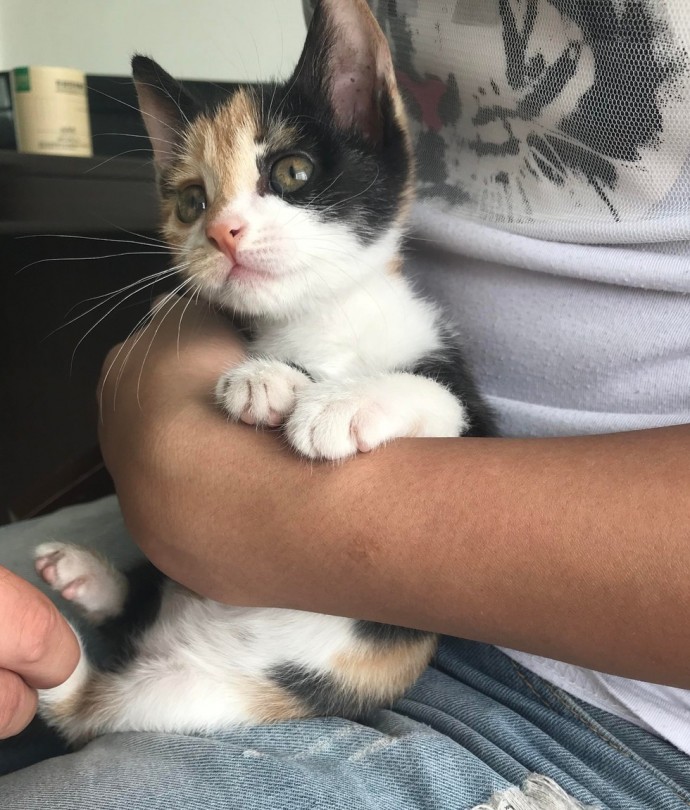 Sansa got her own cozy bed and several cat toys. 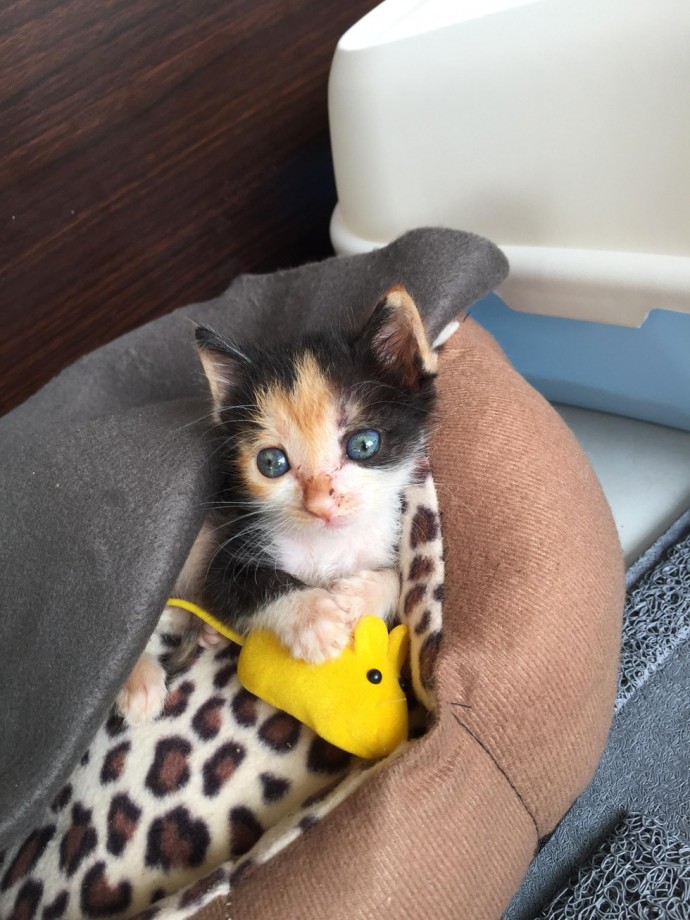 At first, Sansa was so tiny that she was even smaller than Alan’s feet. 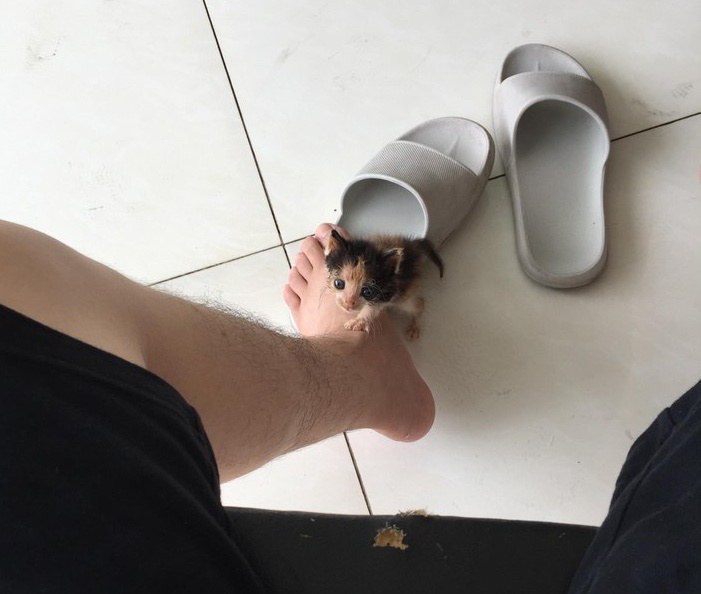 Alan gave her his full attention and took extra care of Sansa. 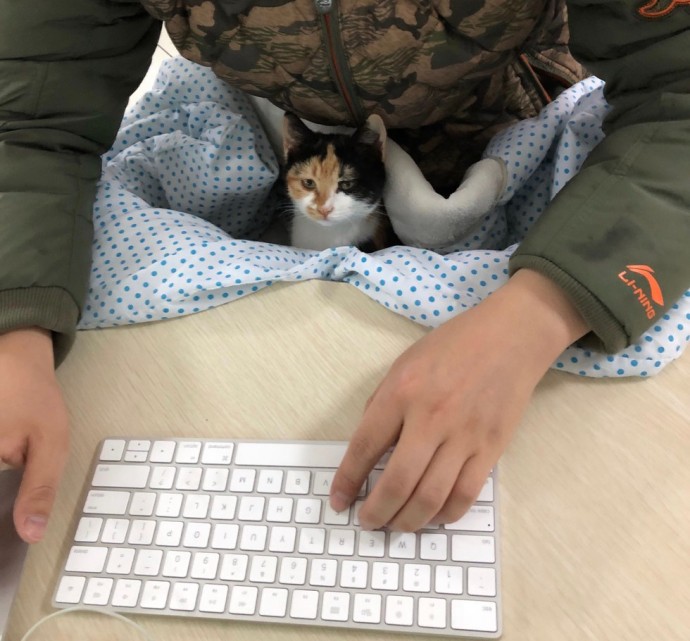 Now, Sansa repays his love and care with endless cuddles. 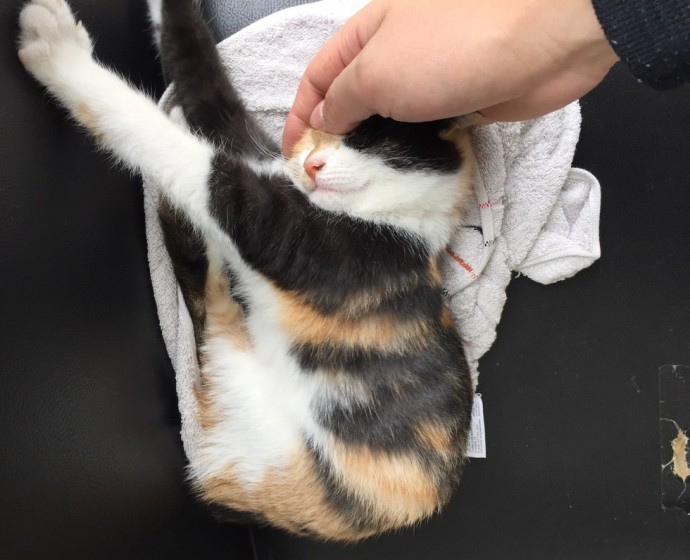 With Alan’s help, Sansa has grown up to be a beautiful, healthy cat who’s full of personality. 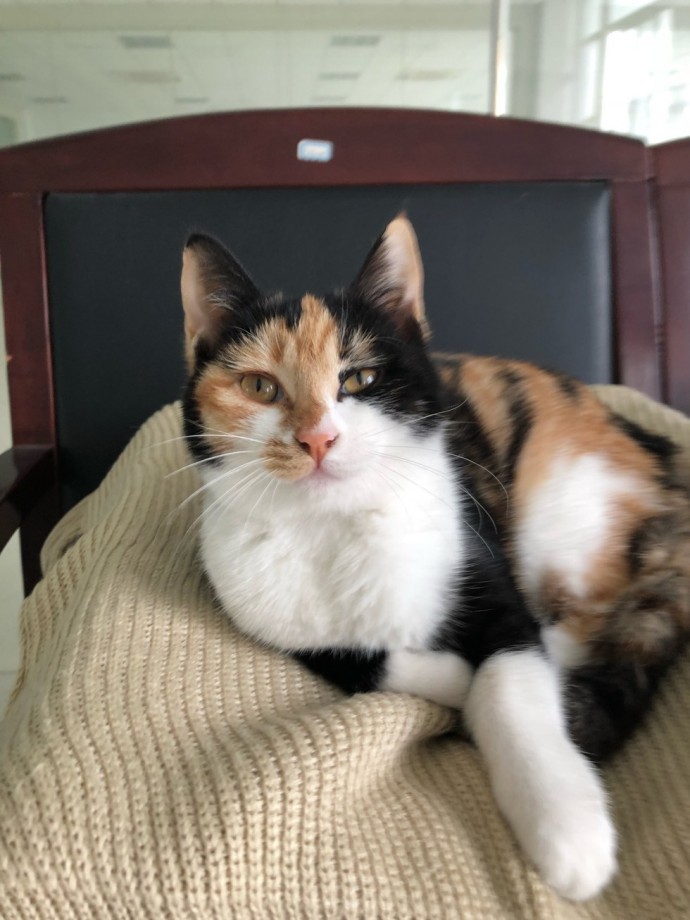