We read about humans and shelters rescuing dogs, cats, and other animals but it doesn’t always happen the other way around. Stories about dogs rescuing humans aren’t very common, especially one caught on video. Before anything else, no one was harmed in the video. Especially the rescue dogs! They are all just training.
A video of a training drill was recently tweeted by Mountain Rescue Search Dogs England and it shows the POV of what it’s like to be buried in the snow and be rescued by one of their trained dogs.
Mountain Rescue Search Dogs England is a volunteer-based organization that is made up of mountain rescue search dog trainers, rescue search specialists, and rescue dogs. Dogs and their handlers track down the human scent to search for lost walkers and climbers in the mountains. According to the MRSDE website, search dogs are trained to react to a human scent being blown towards them by the wind or air currents. That means that they do not specifically track a certain missing person but react to ANY human scent that they pick up. For the training drill, a volunteer went a bit further down and buried himself in snow and filmed the video below showing Flo, one of their rescue dogs, doing her best to dig down and rescue the volunteer. Check out the photos and the video below.

READ ALSO:
Woman Got Robbed Of Camera With The Photos Of His Dog's Last Day Alive, Leaves Heartbreaking Note Asking Thief To Return Them

Mountain Rescue Search Dogs England is a charity rescue team which consists of rescue dogs, their handlers, and specialists. The organization helps to search for missing people in remote areas who may be trapped due to avalanches or other accidents with the aid of their trained search dogs. 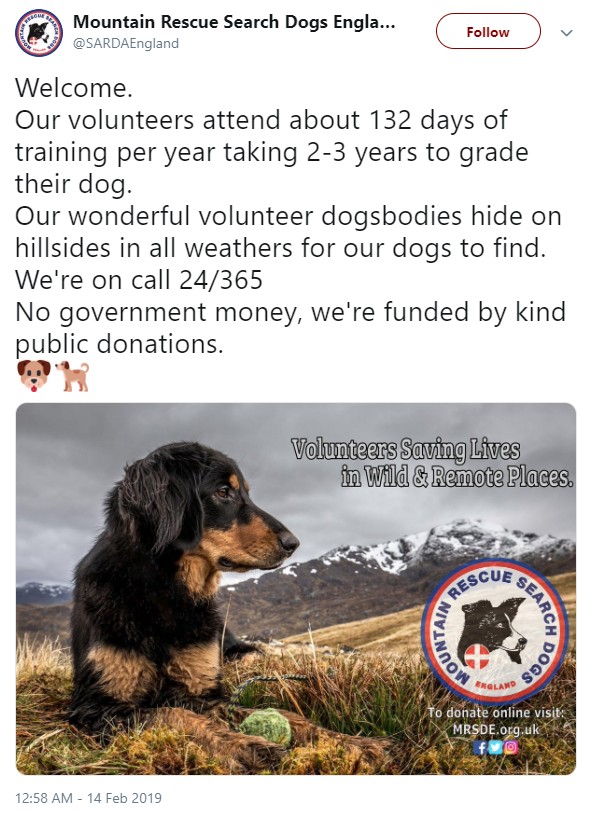 During one of their Search Dog Training programmes, one of their volunteers who they refer to as Dogsbody, hid himself deep down in the snow and brought a camera with him. 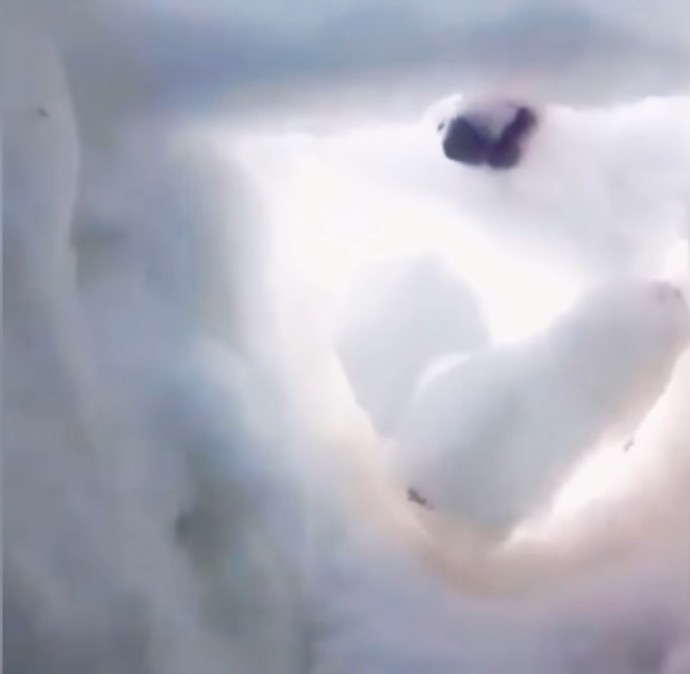 In the video, you will see paws walking back and forth and a few seconds later a dog’s face slowly making its way underneath the heap of snow. 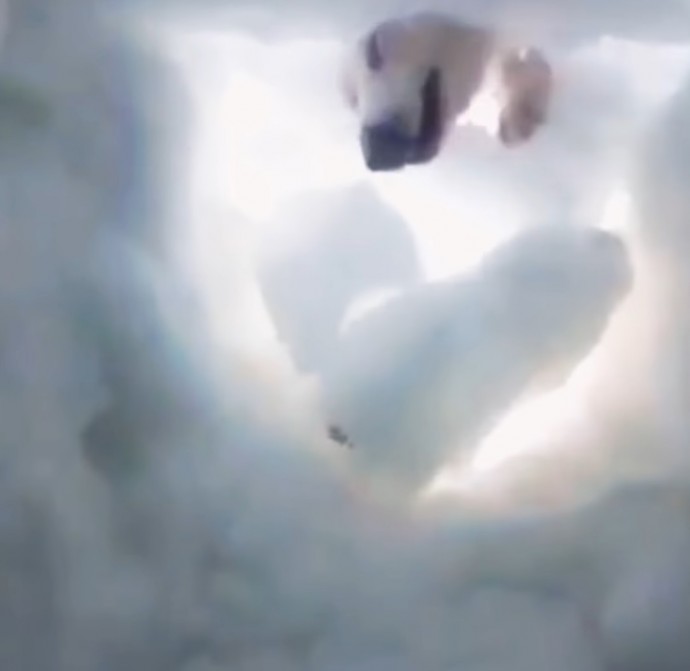 Using her paws and nose to dig through the snow, the rescue dog was able to clear the way and rushed toward the volunteer. 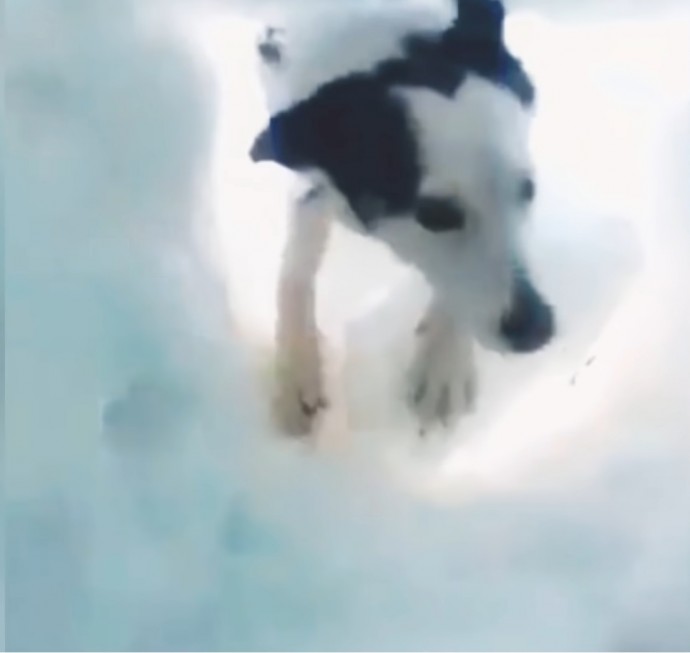 When MRSDE tweeted about the training drill video, people immediately found it adorable and have been asking about the rescue dog. 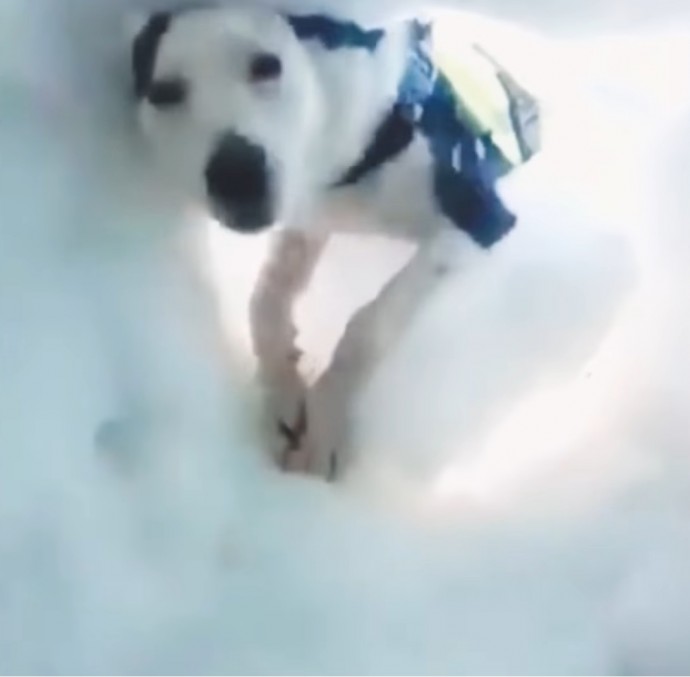 Her name is Flo, a 4-year-old Border Collie and according to the charity’s website, she is intelligent, confident, hardworking and passionate. Sounds like she’s going to be nominated as rescue dog of the month! 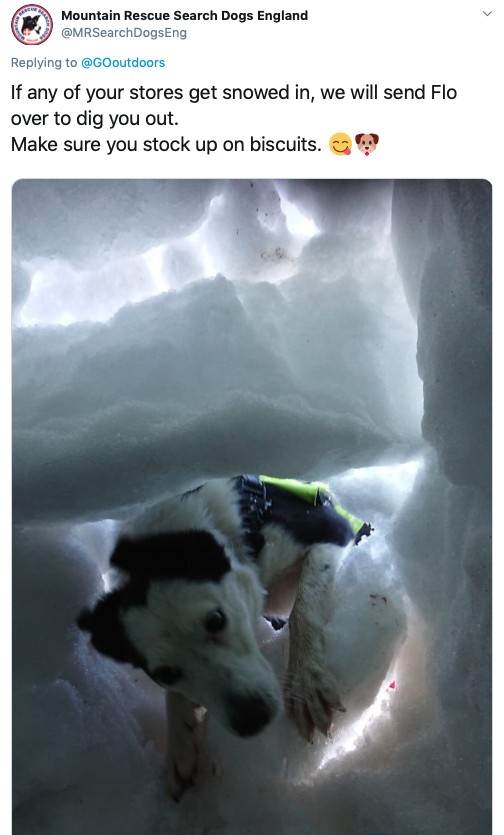 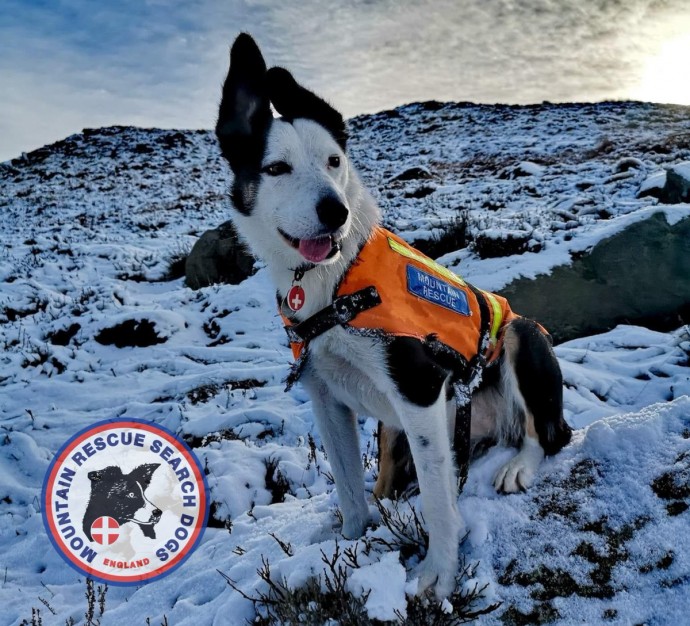 Check out the full video below:

Ever wondered what it would be like to be buried in snow and found by one of our happy search and rescue dogs? (Video version). pic.twitter.com/AefuhGGCeh