There is a beach in the Maldive Islands that looks like any other during the day, but when the the night comes what happens is totally magic: thousands of tiny blue light glow from inside the water, just like little fireflies.

This phenomenon is given by million of bioluminescent phytoplankton that emit light when stressed, for example when somebody walks on them, when waves crash and even when surfers surf a wave at night.

Taiwanese photographer Will Ho managed to capture this wonder while vacationing in the Maldive Islands and published the amazing pictures on his Flickr.

Below you can see the photos of this incredible phenomenon. 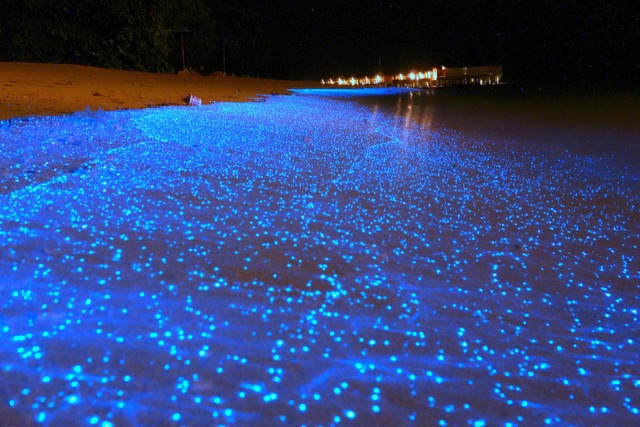 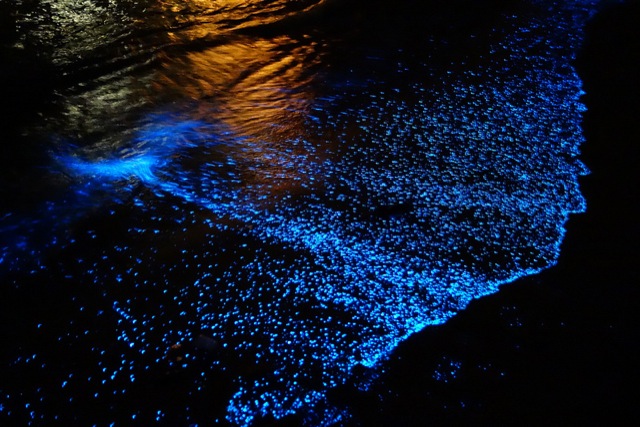 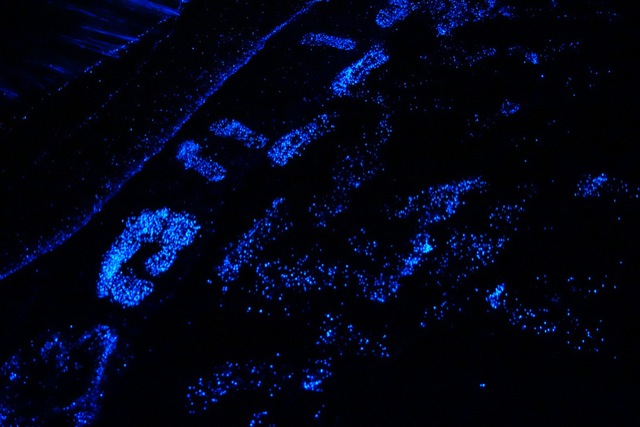 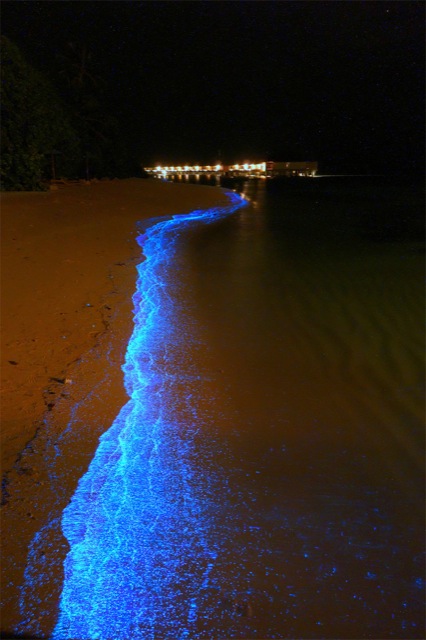 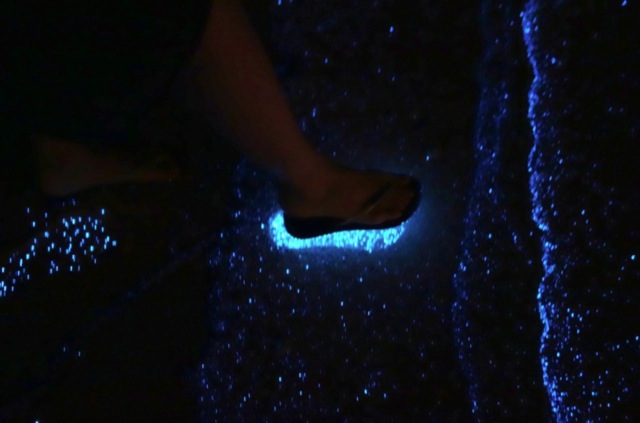 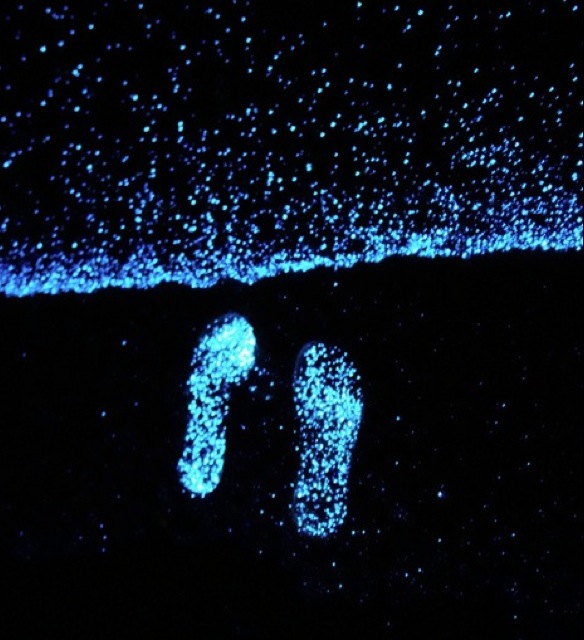 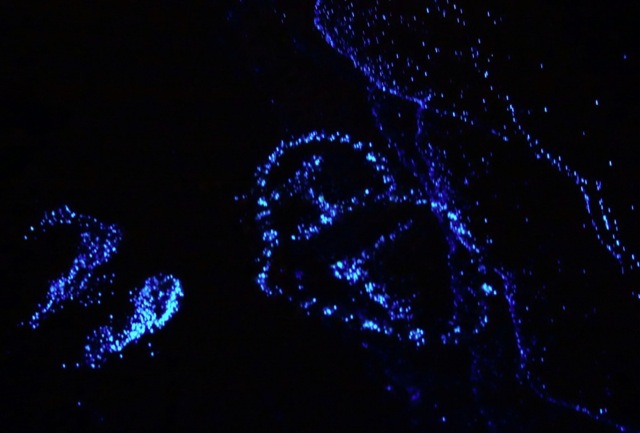 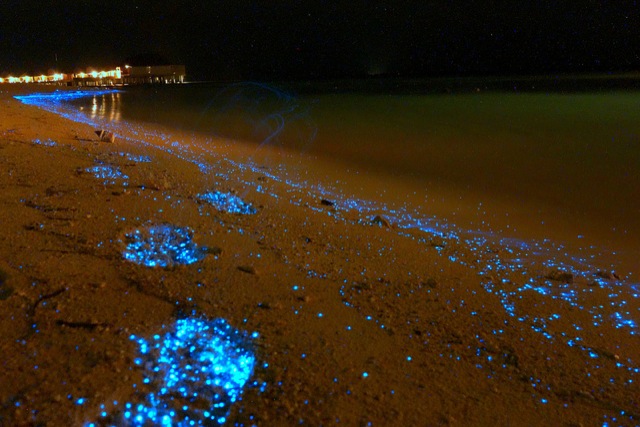