A stray Pit Bull mix named Lindsy was picked up by animal control officers in May 2016 while she was wandering the streets of New York. Weeks later, Lindy’s original owners called the Babylon Animal Shelter in New York where she had been dropped off, and said they were going to pick up the dog, as she had gone missing.
As of today, more than two years later, the owners never came to pick Lindsy up from the shelter. Lindsy is now 8 years old, and dogs her age get less interest from people who are looking to adopt a  pet from the shelter.
“It is heartbreaking seeing these dogs sit and wait and get old with us. It’s not fair and it’s not their fault they are here. She [Lindsy] is a wonderful, happy girl and there is no reason why she has waited so long” Lyndsey Grosjean, a volunteer at Babylon Animal Shelter, told The Dodo.
According to Grosjean, Lindsy is a happy, sweet and laid-back dog who loves to walk and play. She loves being around people and despite the fact that shelters aren’t ideal for dogs to stay in for years, Lindsy stays happy and upbeat.
Kristin Siarkowicz, an animal control officer at Babylon Animal Shelter, described Lindsy as a dog with great personality, and added that “Lindsy never has bad days. She is always tail wagging and ready for attention”. All that Lindsy needs and deserves is a chance to a forever home with a family who loves her.

8-year-old Lindsy, a Pit Bull mix, has been staying at the Babylon Animal Shelter in New York for more than two years now. 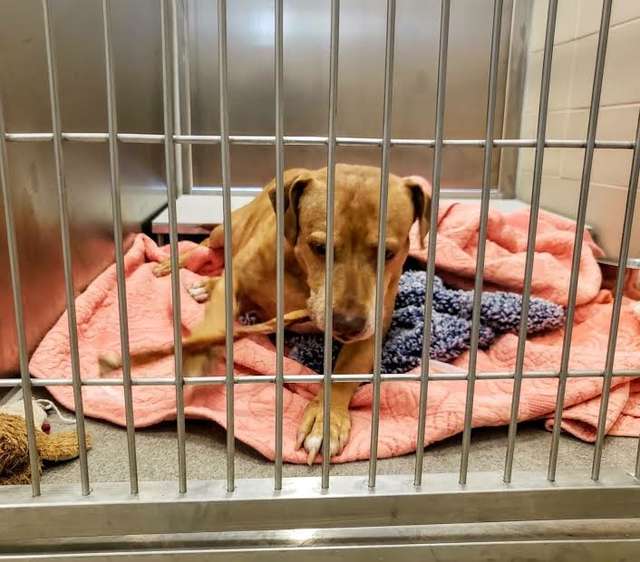 She was wandering the streets when she was picked up by officers in May 2016. Her owners called the shelter claiming that Lindsy was theirs, however, no one ever came to pick her up. 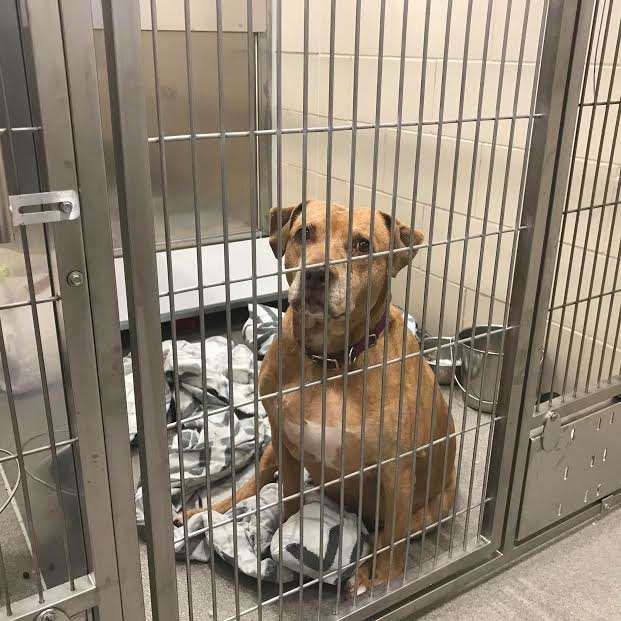 Despite being cute and sweet, Lindsy and other dogs of her age get less attention from those looking for a dog to adopt at the shelter. 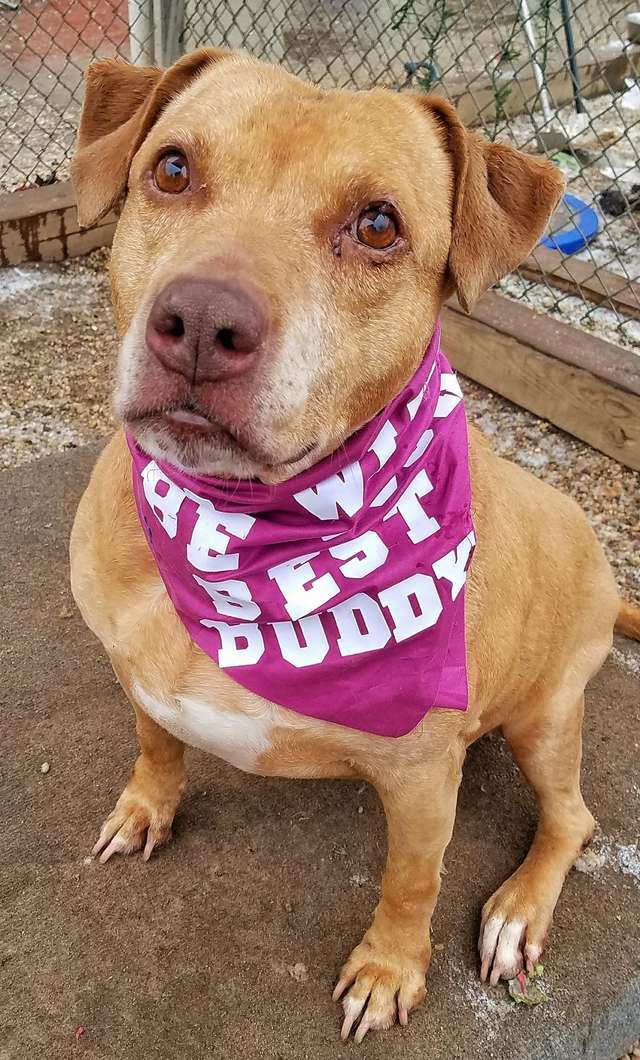 The volunteers at the shelter describe Lindsy as a dog with a great personality. She is sweet, kind, loves to be around people and loves to play. 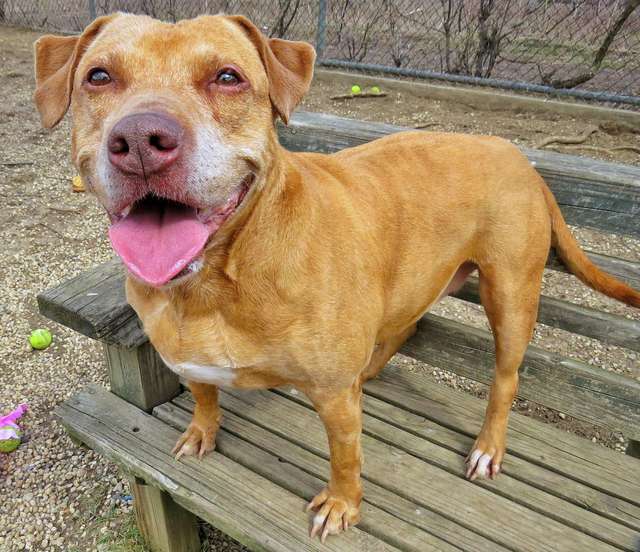 Even if the shelter isn’t a place a dog should stay in for long, Lindsy remains happy and full of life. She seems to never have bad days. 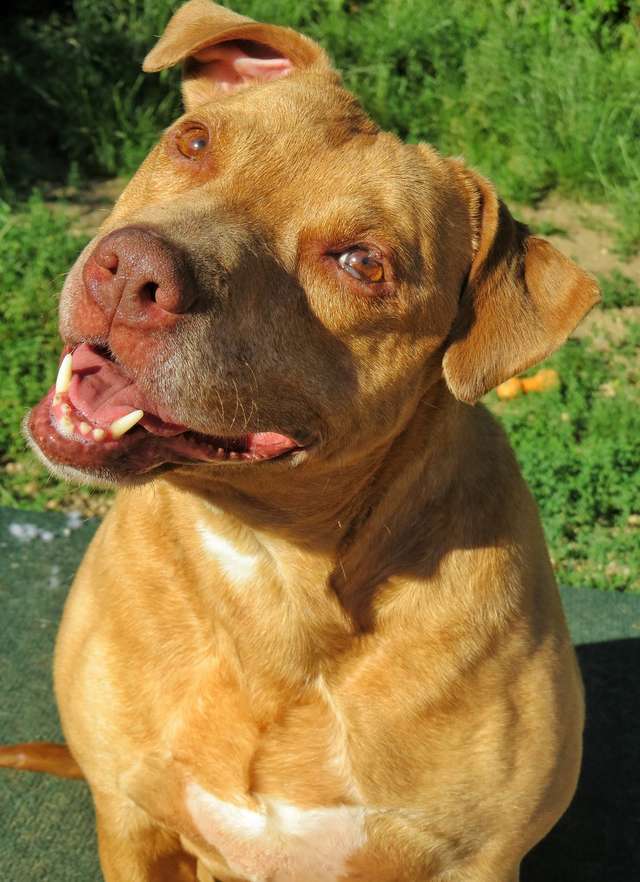 Volunteers remain hopeful for Lindsy to finally find a family and a forever home. 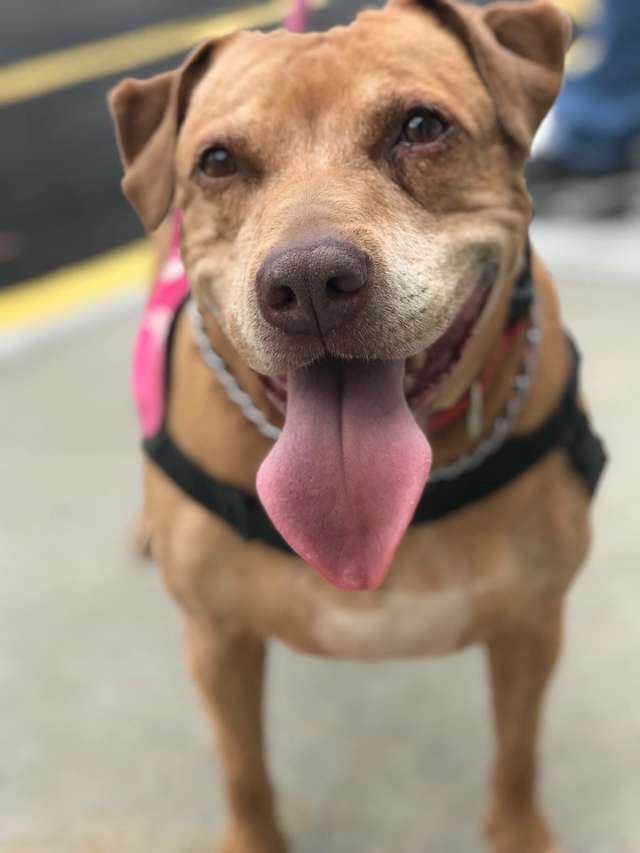