The recent wildfire in Concow, California, brought about the rescue of two kittens, made by the efforts of Sayla Sullivan, an animal rescuer in Browns Valley, California, and Cowboy 911, a local rescue team. The kittens who were later named Ash, the black one, and Phoenix, the orange one, were found retreating in a wood-burning stove along with their cat mom, when the rescue team arrived. However, while the rescuers were approaching their hideout, the feral cat mom ran away. The kittens were successfully rescued and were brought to FieldHaven Feline Center, in Lincoln, California, where they were taken care of. Even after the rescue, Phoenix, the older kitten, was often found covering over his little brother, like it was shielding it from something. It was then made clear by the traces of burns on Phoenix’s little body that he was his little brother’s protector throughout the fire. He was fulfilling the duties of a big brother, even to the point of forsaking his own condition, just to keep his little brother safe. Scroll down to read the rest of the story, and visit FieldHaven’s website if you’re interested to extend help.

Phoenix and Ash were two kittens rescued during the wildfires in Concow, California. Phoenix has always been close to his brother’s side, covering him, as if he was shielding him from harm. 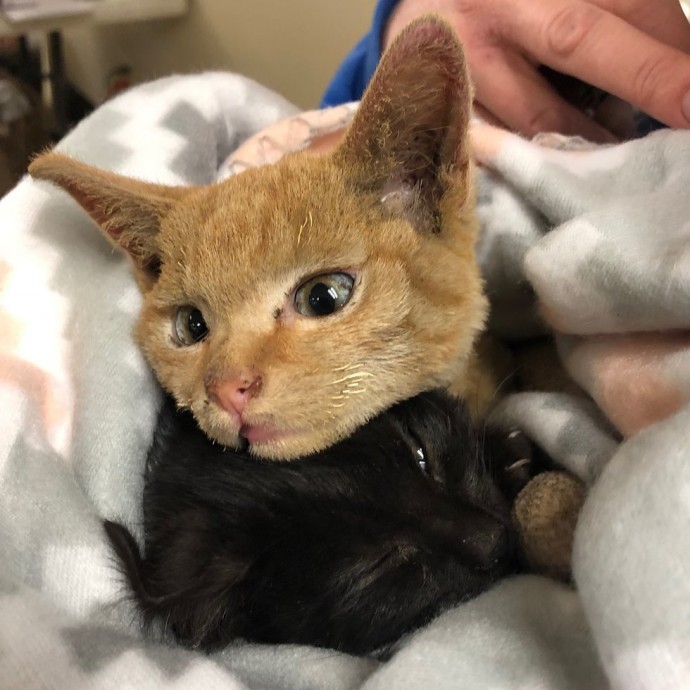 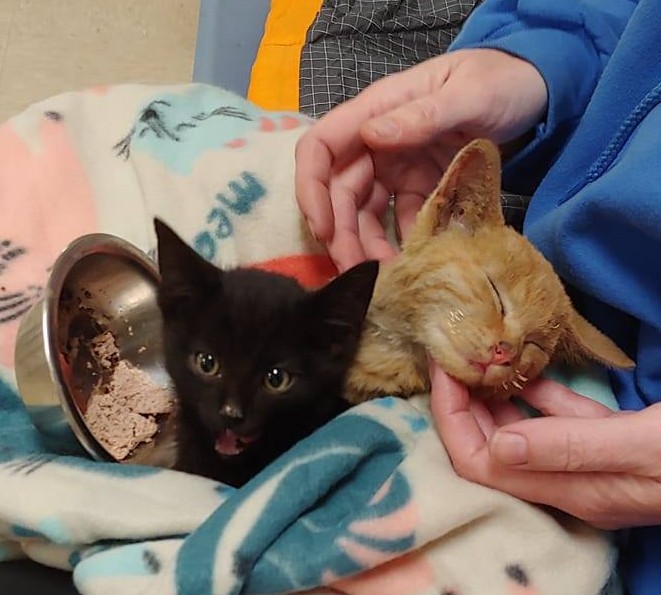 The kittens were brought to FieldHaven Feline Center by Shayla’s son and her friend, where they treated and fed them. Because of the difficulty to access the disaster area, the cat mom can’t be reunited with her kittens yet, but rescuers made sure she was safe and well taken care of. 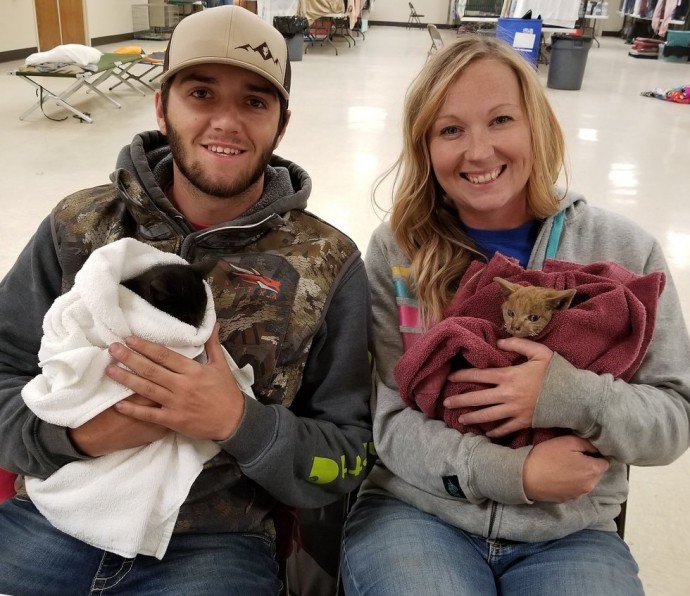 Phoenix had burns on his fur and paws, and he lost all of his whiskers. All through the ordeal he protected his brother, and made sure he was unharmed. 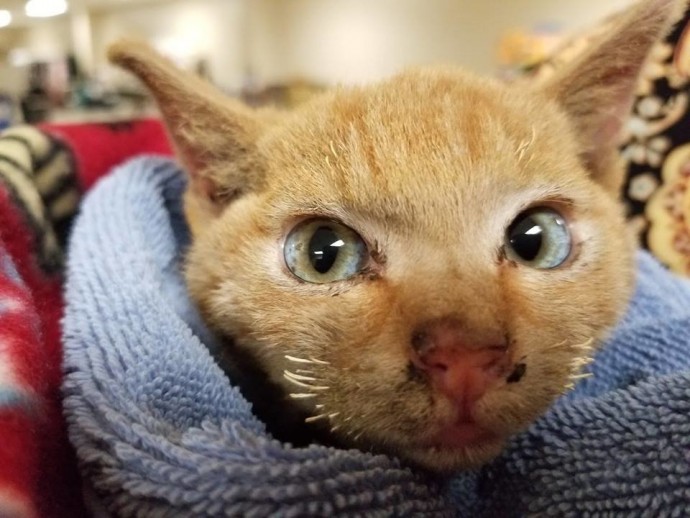 Through his burn marks, they knew that Phoenix shielded Ash during the fire. It was only after Phoenix realized Ash was finally safe that he relaxed to receive his own treatment. 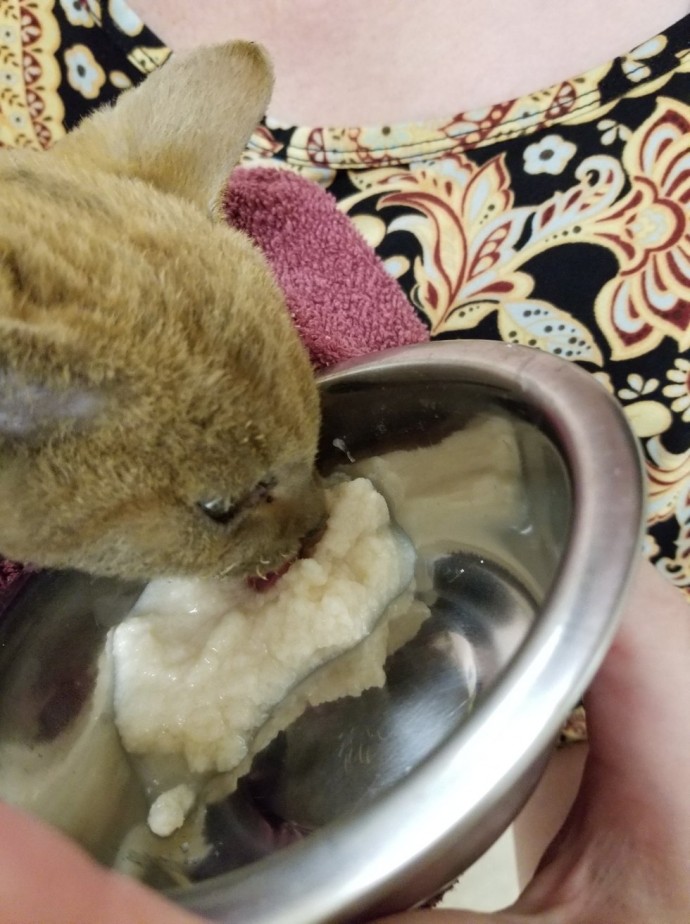 Phoenix probably would have difficulty surviving if he had not received immediate treatment. He was certainly willing to give up his own life for the sake of his little brother. 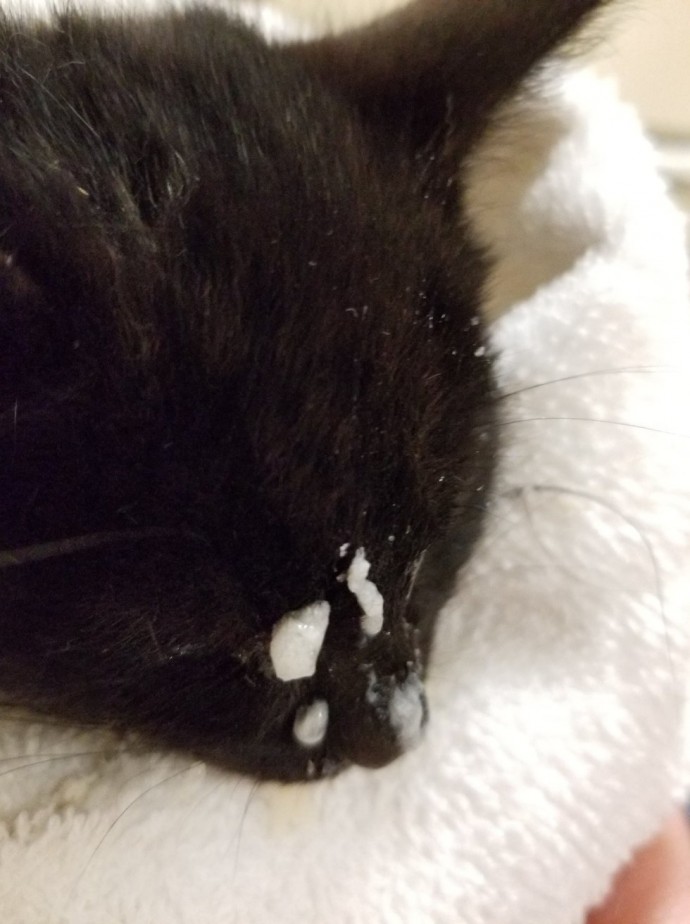 During the rescue operation, many pets were reunited with their owners, and they couldn’t be more thankful to the rescue team. 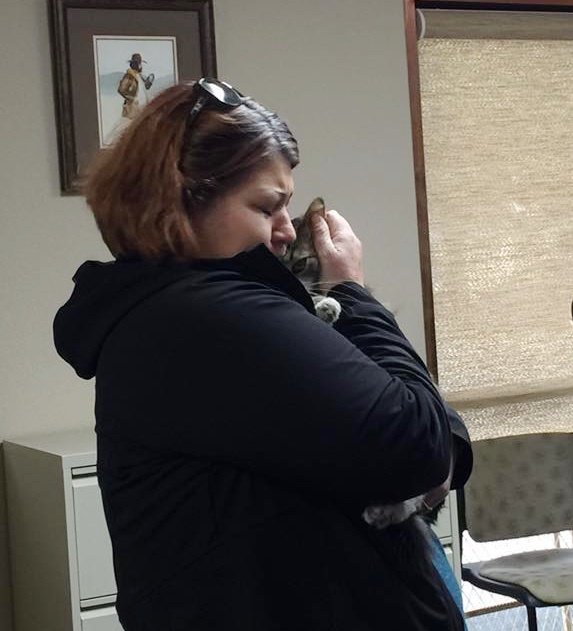 While the two kittens were on the process of healing, they never left each other’s side, and Phoenix never failed to make his little brother feel safe and cared for.