If there’s something cat lovers can all agree on, it’s that kitties are just cute and naughty at the same time. They’re mischievous and know that with just a cute stare and a cuddle, they will be forgiven immediately. Just like Haryanto Pherwirra Ramadhani’s 8-month-old cat, who likes to play, and sometimes… destroy things.

One time, he left his earphones on his bed and the curious little kitty played with them. After biting and scratching them for a while, he inevitably broke them. When Haryanto saw the cable torn in half, he got really angry and scolded the kitty, who immediately ran away.

Later on, the cat came back with his own peace offering: he caught a snake and offered it as a gift to Haryanto to replace the cable he had ruined. Snakes are scary even when they’re as tiny as an earphone cable, but the little cat probably thought his human would have been happy to have one to replace the cable he destroyed. If this isn’t the most wholesome thing ever, I don’t know what is.

Haryanto was surprised by his kitty’s gift, and felt bad for scolding his furry friend. Snakes are rare in his neighborhood, so the cat must have put a lot of effort in finding something to ‘replace’ the earphones.
Obviously, Haryanto forgave his little friend, since it’s the thought that counts, especially for kittens, and the wholesome post he wrote about the whole situation on an Indonesian group went instantly viral. 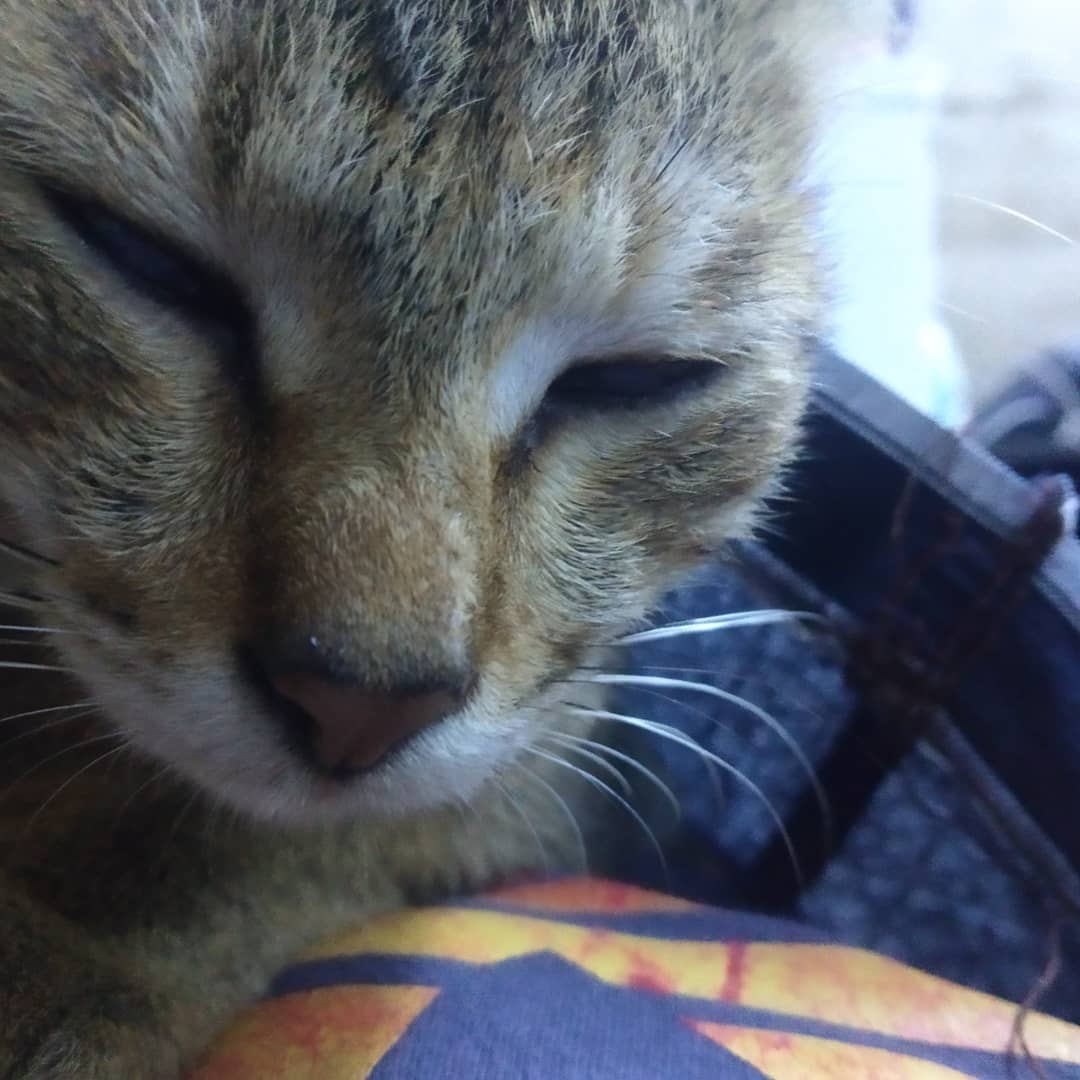 Like all curious cats, this little boy got into trouble and ruined Haryanto earphones.

According to Haryanto, the cat played with his earphones and involuntarily broke their cable. He obviously got angry angry and scolded the cat.

The cat probably understood how furious his human was, and came back an hour later with a peace offering.

A small snake close to the size of his ruined earphone cables. The cat probably thought the snake could replace the earphones he ruined.

Haryanto was surprised and amused at the same time and obviously accepted the apology. After all, snakes aren’t easy to find and the cat came back with one in just an hour. Such a cutie!