A kind gesture can go along way. We’re sure that this stray dog who received an unexpected gift would agree.

The poor pup was lying on the street in Zonguldak, Turkey, shivering in the cold, when a woman noticed him lying there.

The woman, Duygu Elma, realized that the dog had to be freezing. While many people would just keep walking, she decided to do something about it.

Without a second thought, Elma removed her own scarf and used it to tuck the poor dog in. The scarf would give him some warmth and comfort on that cold day.

Elma then walked off without her scarf, knowing that the poor pup needed it more than she could ever need it.

What she didn’t know was that the whole interaction had been caught by a security camera.

Now, the heartwarming footage of this selfless act of kindness is making us all believe that perhaps compassion isn’t dead after all.

We can all do our part to spread love and be kind to each other, sometimes it’s as simple as giving up your scarf.

Elma, a 23-year-old with a kind heart, was leaving a cafe when she noticed something that made her stop. 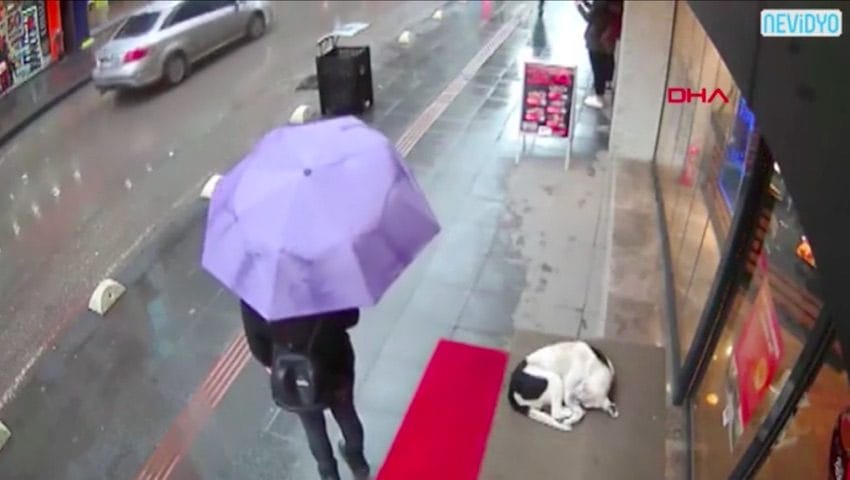 A stray dog was shivering on the cold ground. 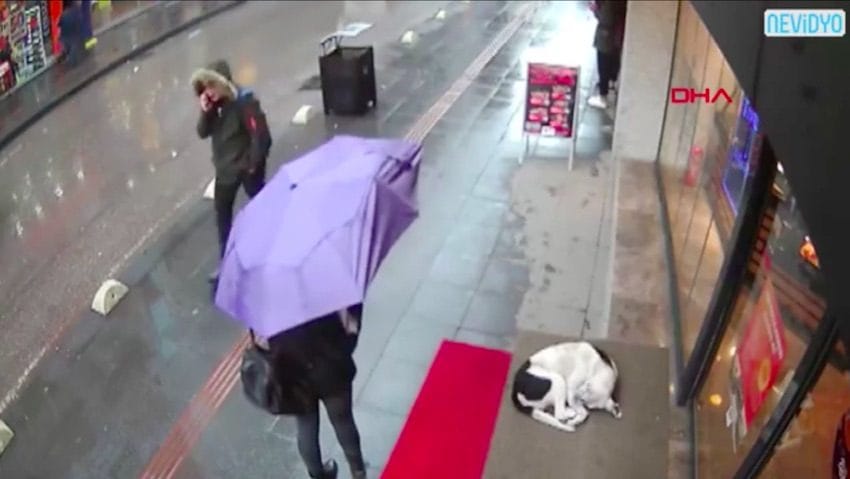 Elma couldn’t just walk away without doing something. 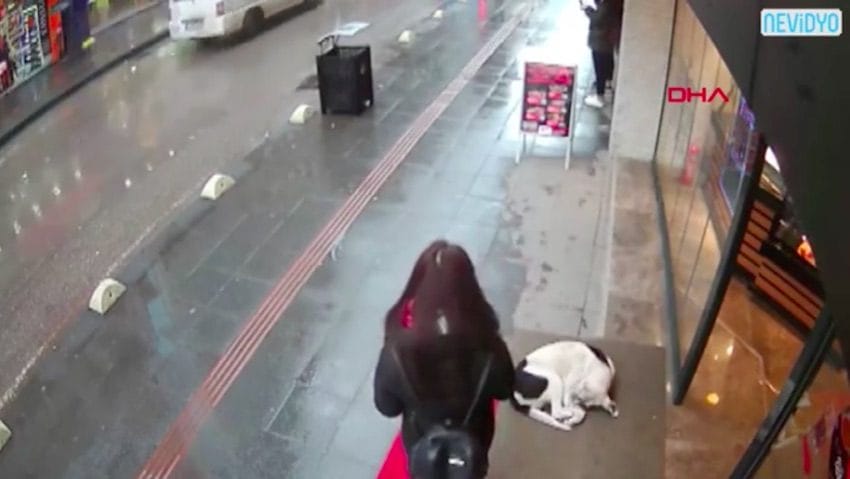 She realized that her scarf could serve as a blanket for the cold pup. 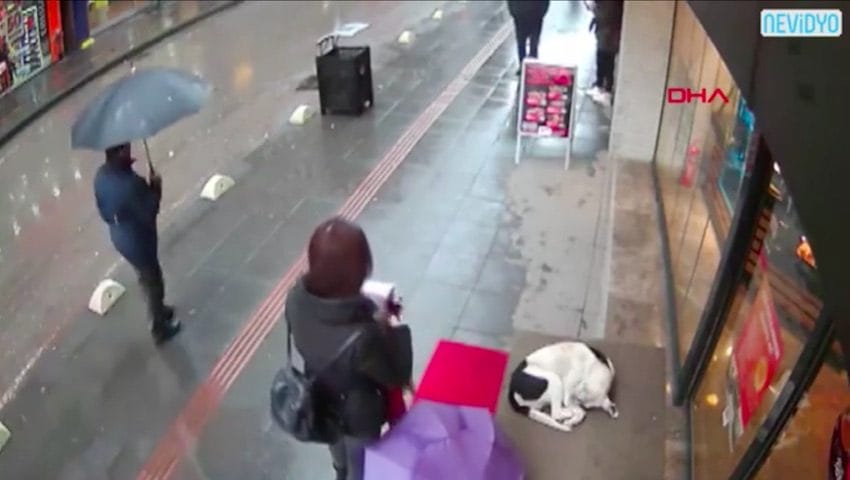 She tucked the dog in and made sure that the scarf was securely wrapped around the body. 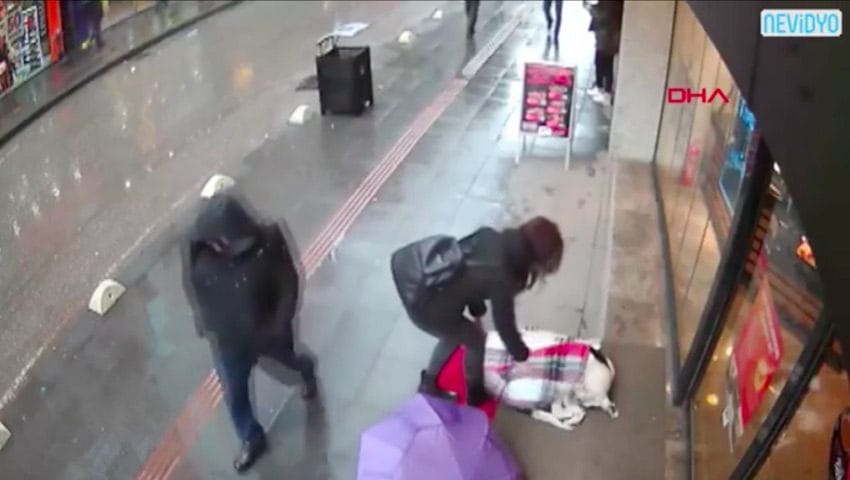 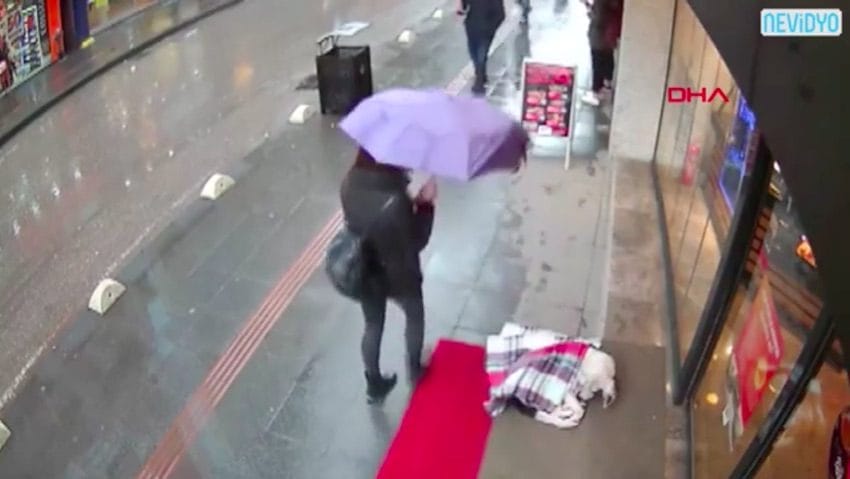 Then she walked away, unaware that her act of kindness has been caught on film and would soon inspire a countless number of people. 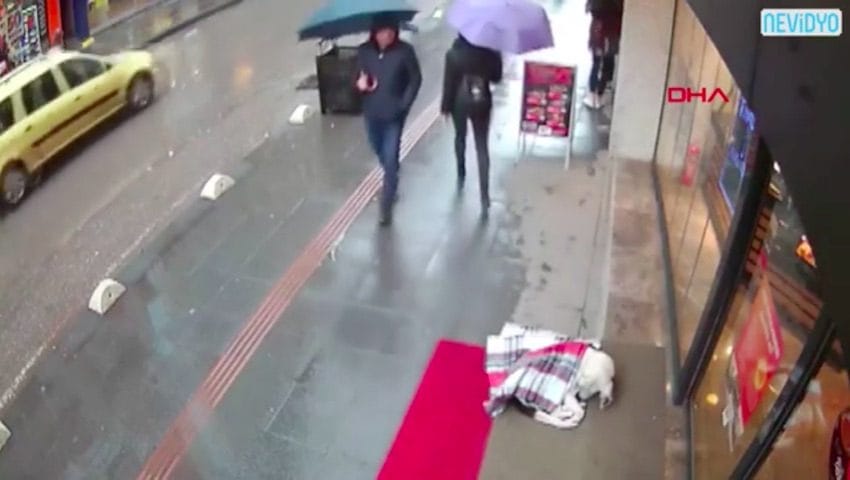 Elma’s simple act of kindess reminds us that there’s always something we can do to make the world a better place.

Watch the heartwarming video below and remind yourself that there’s still good in the world.