Cats are cute and adorable, and most of you will agree, but can you imagine an entire island with a cat population outnumbering humans six to one?
This is exactly the case of Aoshima, more popularly known as “Cat Island”. In Aoshima cats are just everywhere, and when bad weather stopped the delivery of goods to the island it was a major problem. Not for humans, but for cats.
Instead of requesting food for the island’s inhabitants, people were more worried about running out of food for their beloved cats, so they sent a plea over the internet through a Tweet, “Please send cat food to Aoshima” was the request of one cat caretaker, “There are no stores to buy food here on Aoshima. The people here acquire their necessities by taking a boat to the mainland. However, it’s extremely windy in winter, and boat service is often suspended.”
Internet’s response was so important that they got so much more than they needed, and they ended up having the opposite problem, instead of running out of food, they were almost running out of storage. People sent them so much food that they had to send another tweet, asking to stop sending cat food, since they had enough supply for the next few months.
(h/t: boredpanda)

Aoshima is an island in Japan, also known as Cat Island, because of the huge number of cats living there. 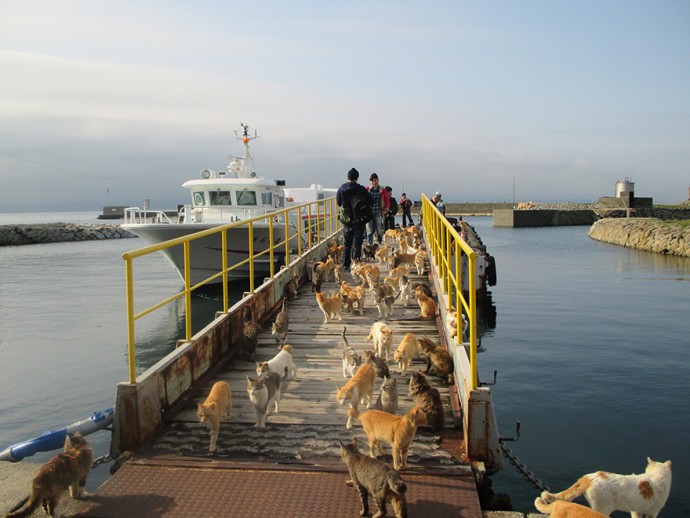 There are no stores to buy cat food on Aoshima. People here acquire their necessities by taking a boat to the mainland. However, it’s extremely windy in winter, and boat service is often suspended. 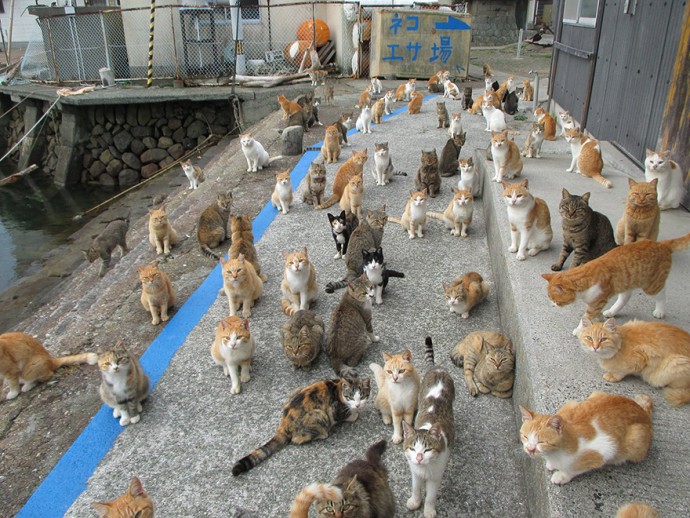 Bad weather once caused food delivery to stop, and the island was almost running out of cat food, so they sent a tweet asking the internet to send cat food to the island, and the response was overwhelming. 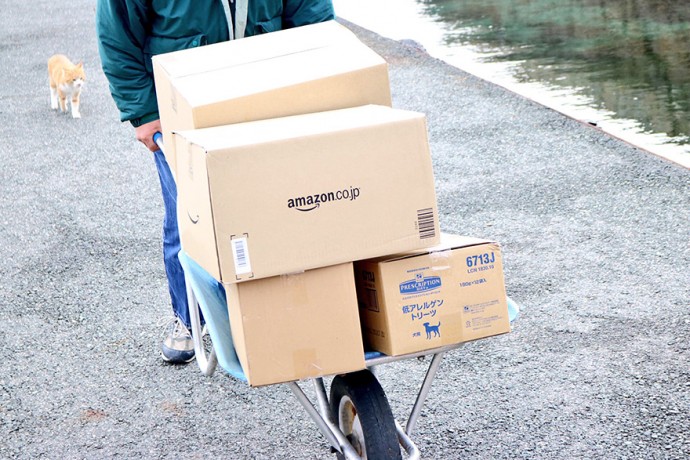 They actually got so much food, that they were running out of storage. 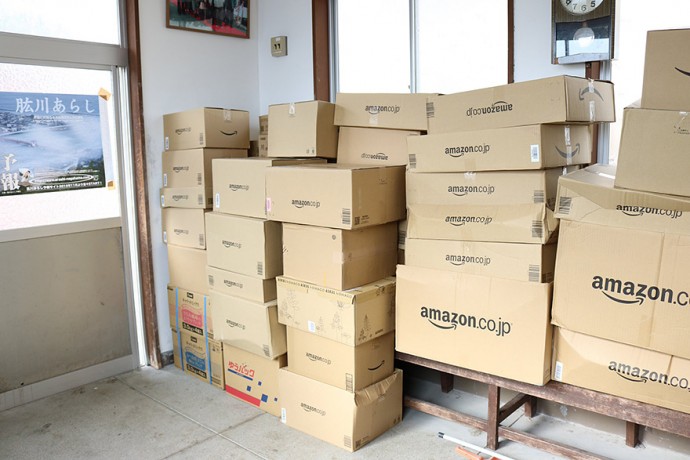 Despite the cat population being six times bigger than humans’, they received enough supplies for the next few months. 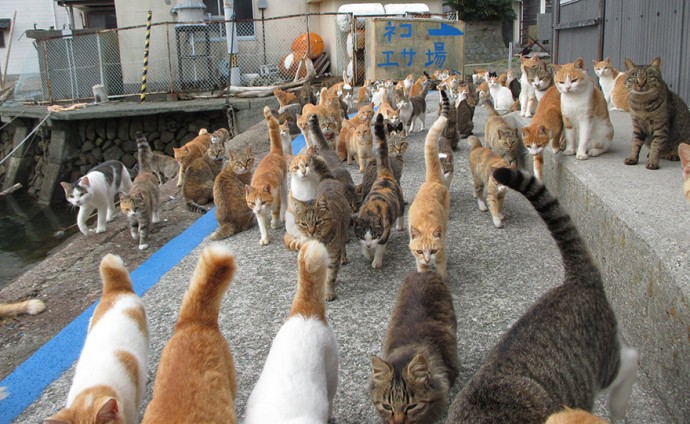 So they sent out another tweet, thanking people for their help, but asking them to stop now. 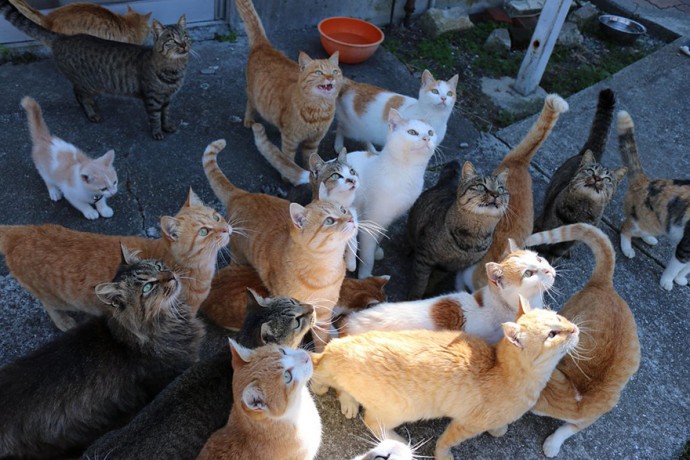 What a time to be alive! One Tweet and poof! Food has arrived. Thank you, internet. 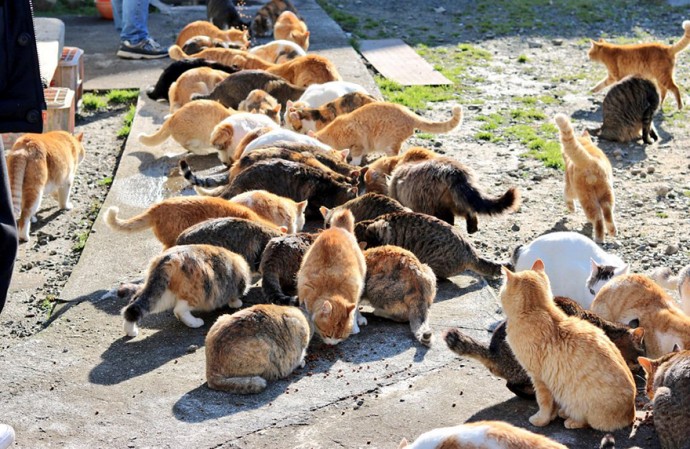 This guy was a tad too eager for his share. 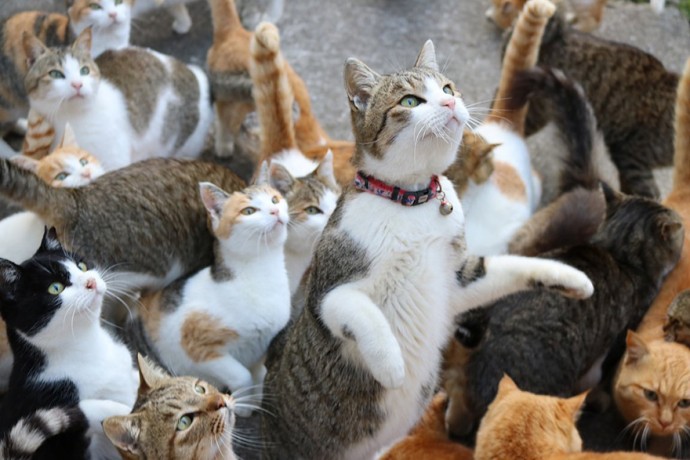 Relaxed and replete, this one took some time to enjoy a bit of sun. 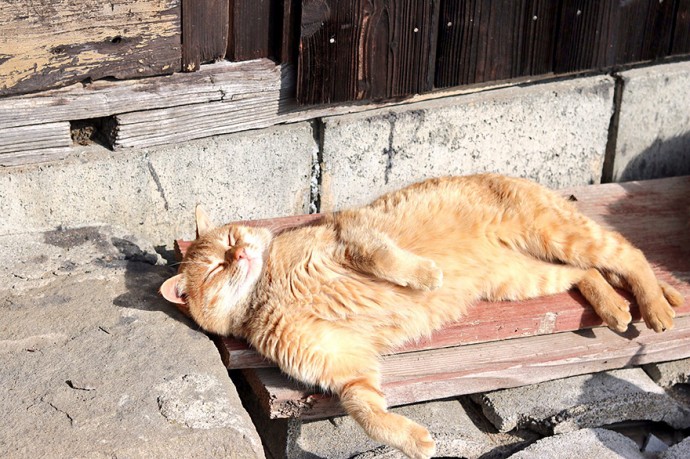