Tally is a beautiful husky/malamute mixed breed dog and is really one of a kind: before moving in with Reddit user Dong_of_justice, she used to live with her previous owner, who had several cats.
These cats raised Tally just like one of them for the first two years of her life, and now that she is an adult, she still behaves like a cat:
for example she sits like a cat, with her arms and legs tucked under herself, she loves sunbathing like a cat and she even gets excited when she’s allowed to sit into a box.
It’s truly incredible to see how a dogs’ personality can change depending on who they look up to.
Tally is truly one of the cutest dogs we’ve seen so far, take a look for yourself in the following gallery.
(source)

Tally is a husky that was raised by cats, and she thinks to be one of them! 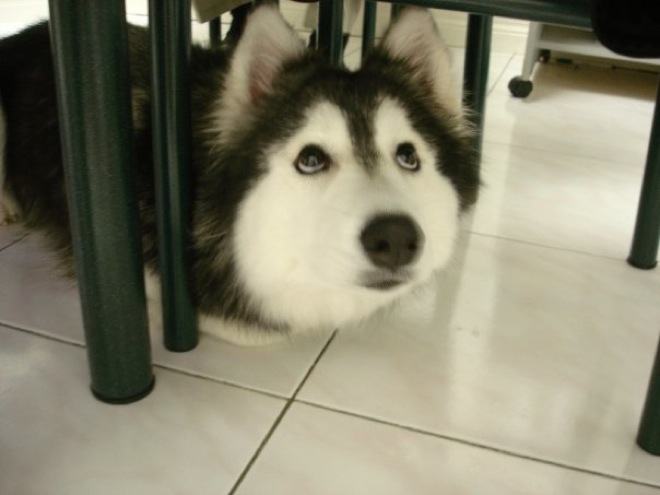 You can tell by her many “feline” behaviors and poses. 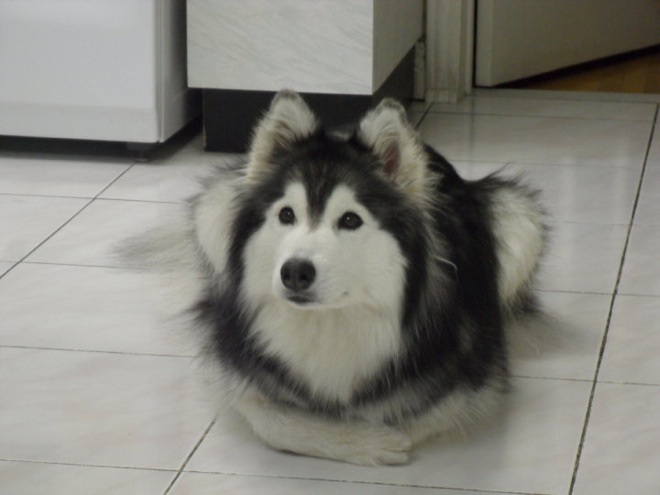 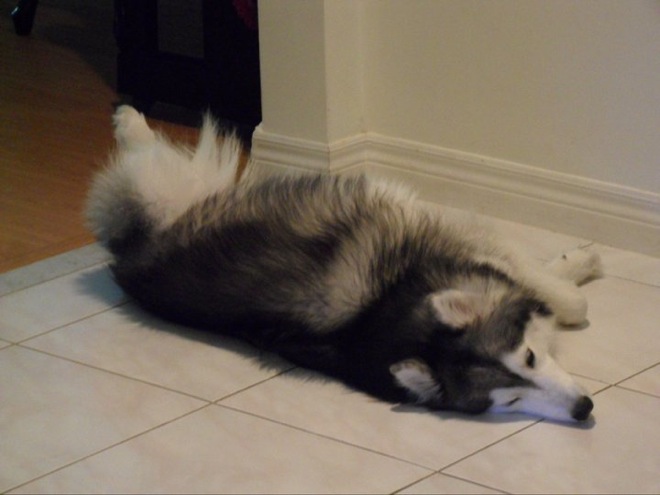 This is the picture that got her famous. She likes sitting into boxes, just like cats! 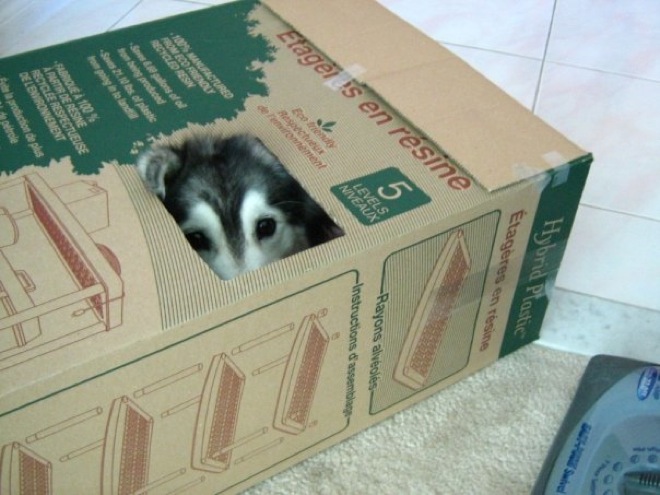 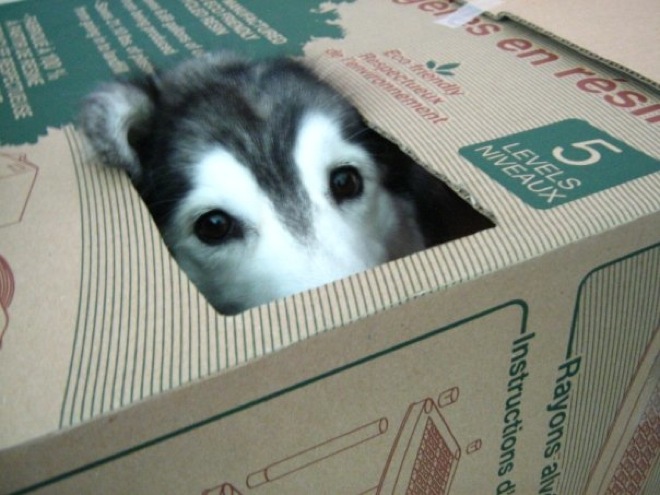 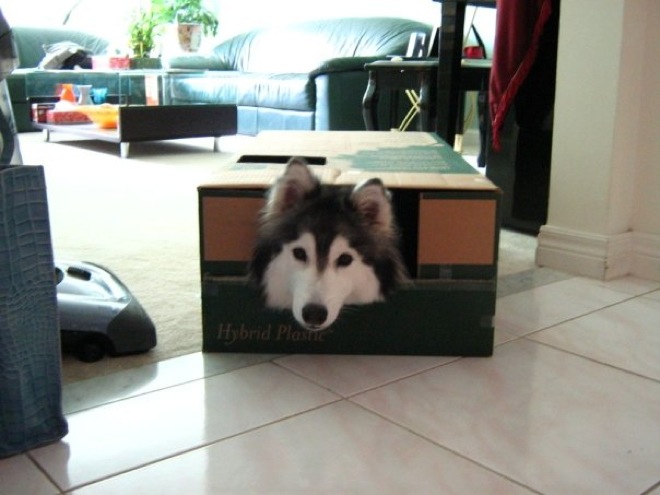 She rarely barks, and spends a lot of time at the window, silently observing and judging people. 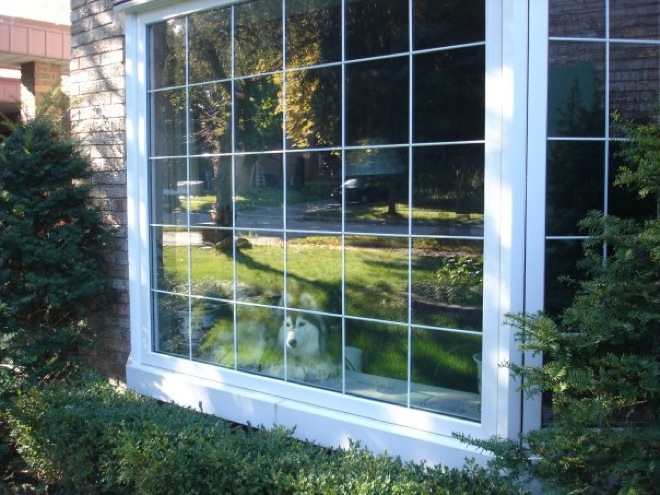 She’s no allowed to go upstairs, but she’ll try to sneak up one stair at a time. 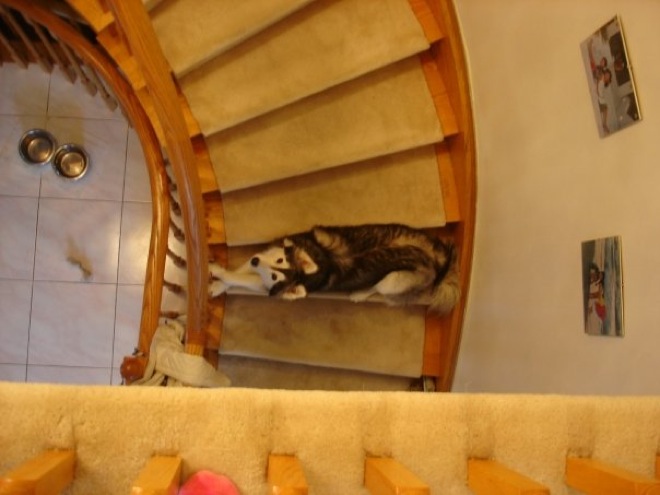 There she is, on her favorite spot on the sofa. 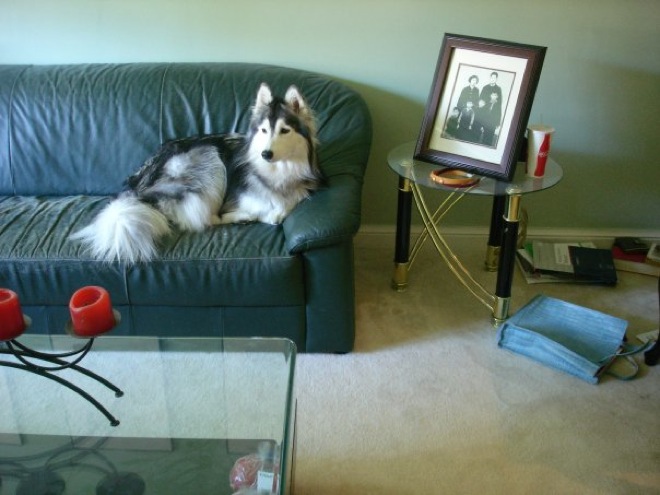 After her owners got her spayed, she was moody and snuggled with a bunch of stuffed toys for a week. 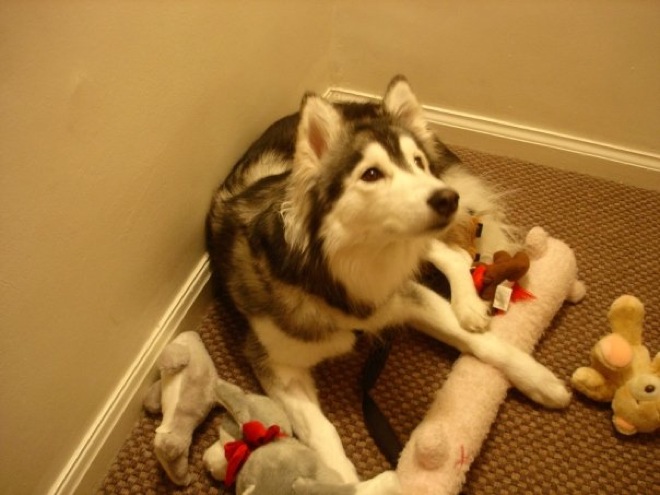 When you’re eating, she is used to rest on your lap until you give her food. 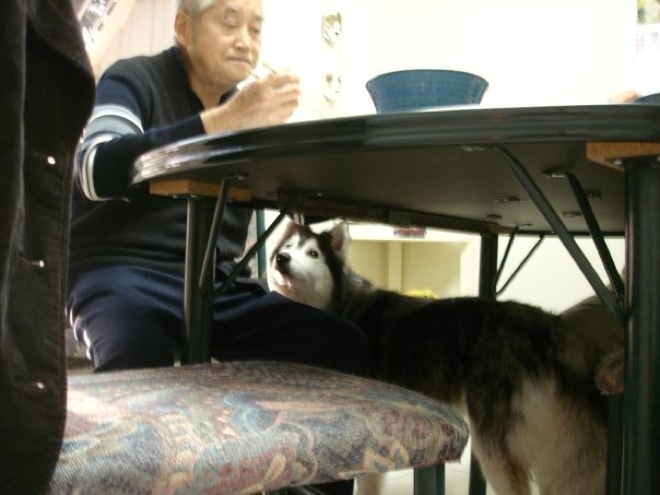 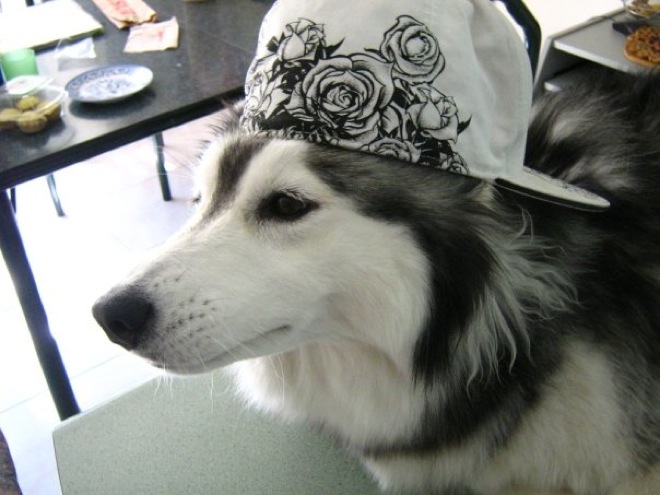 They adopted her at 2 years old. This was shot from the previous owners. 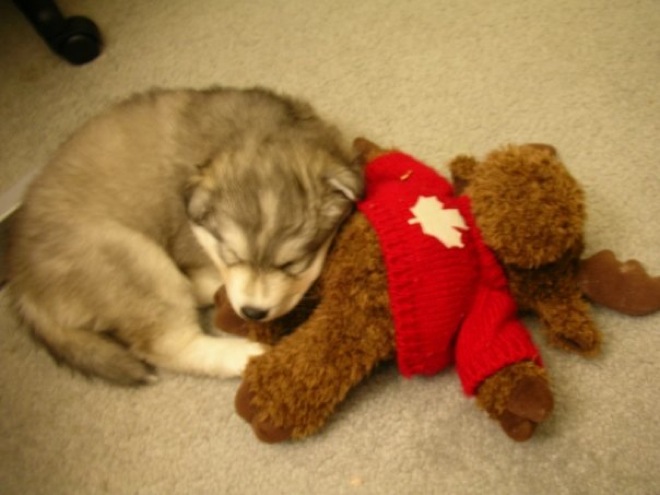 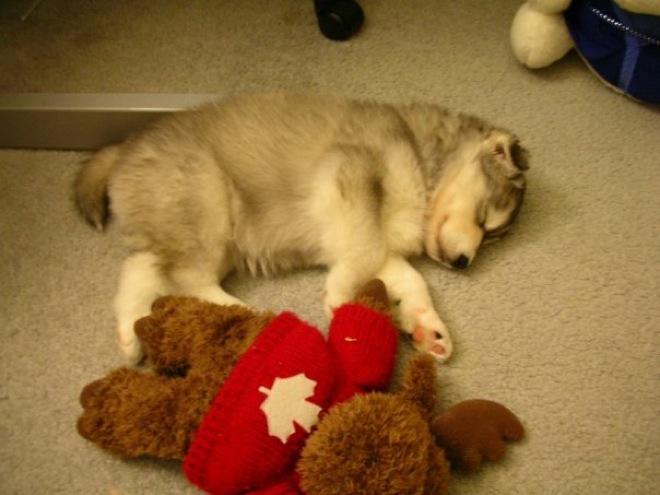 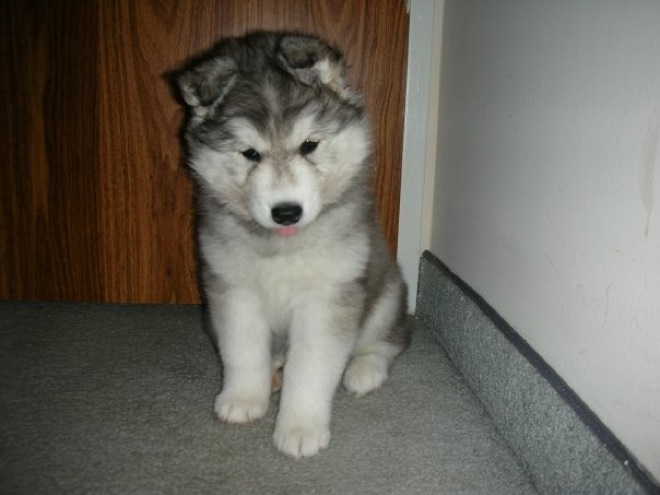 She often gets in troubles. 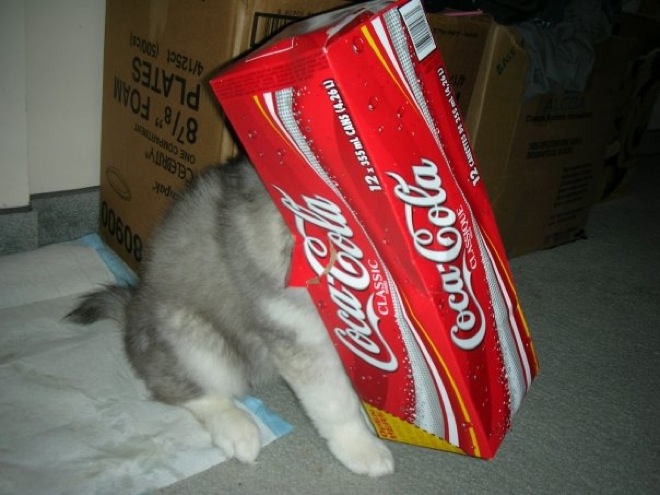 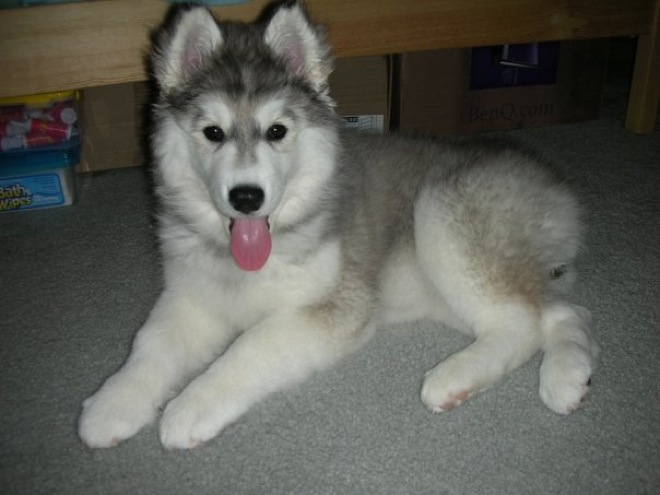 Here she is with her best bud. 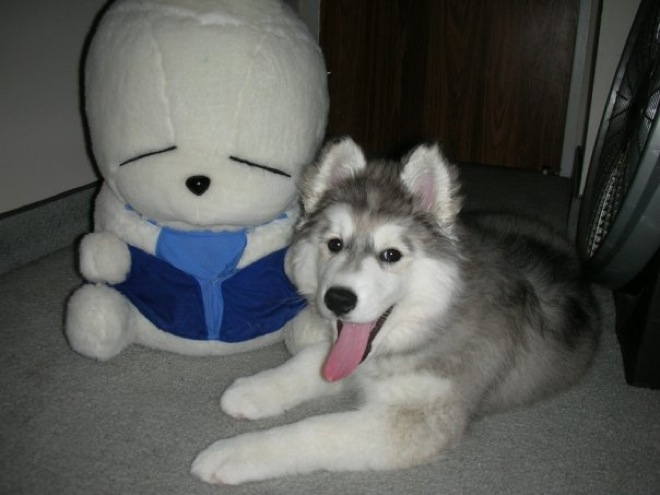 A day is not complete without getting into trouble at least once. 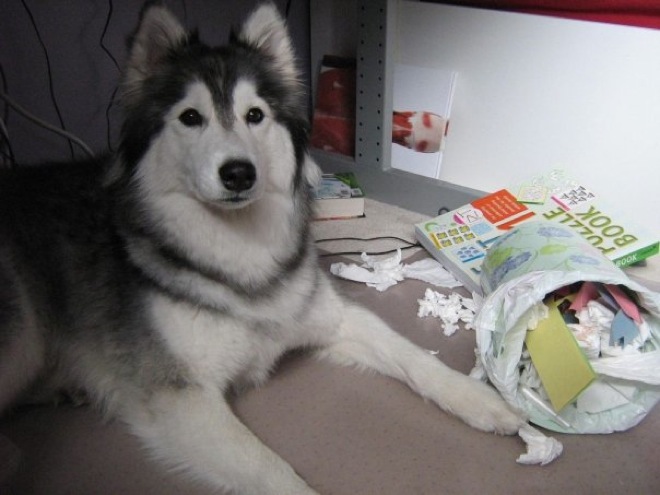 These are some of her various sleeping poses. 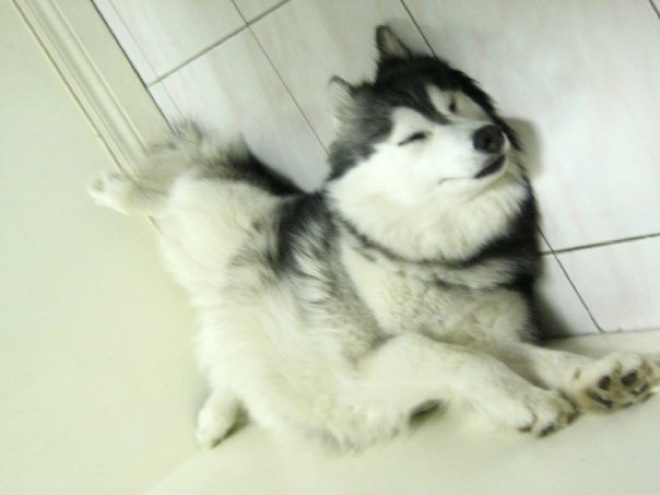 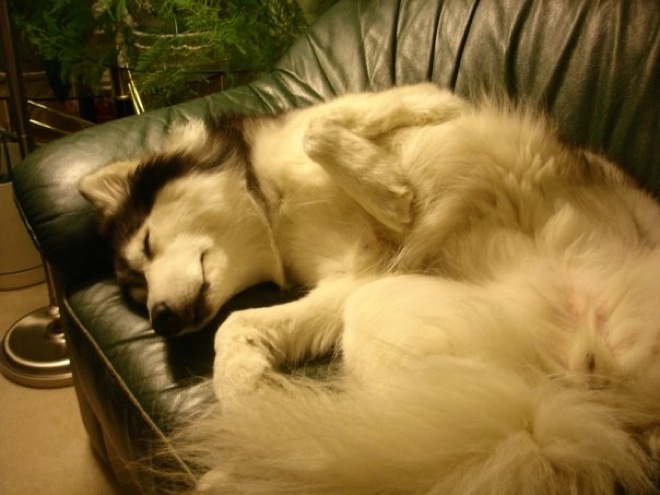 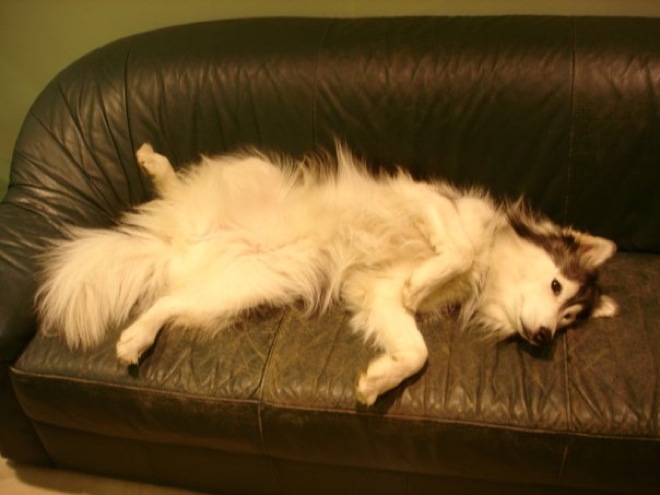 She’s a husky after all, and she likes to play in the snow. 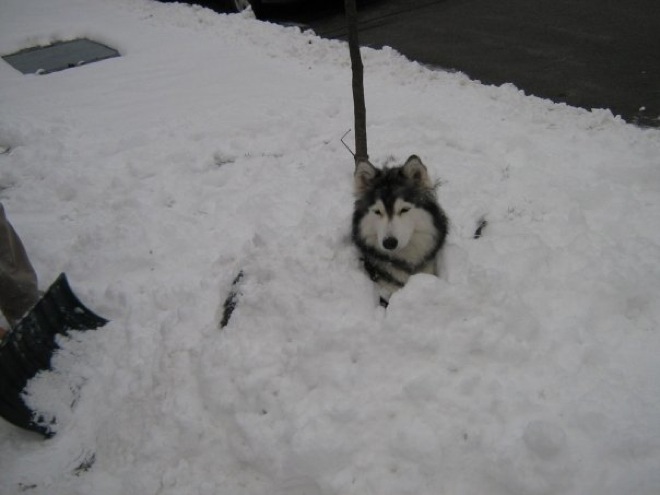 She’s good at balancing things on her head. 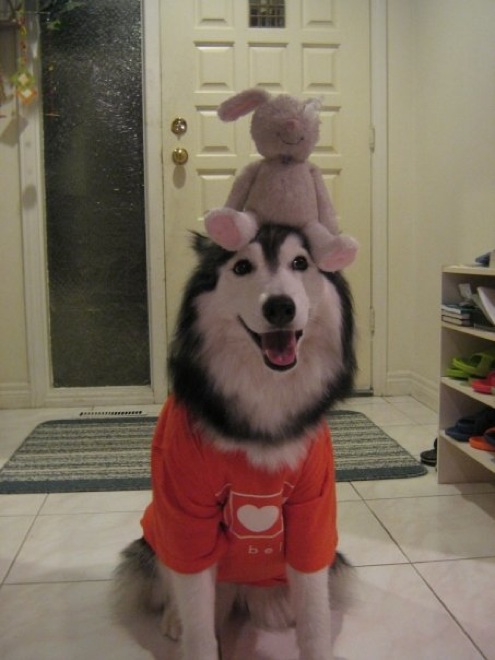 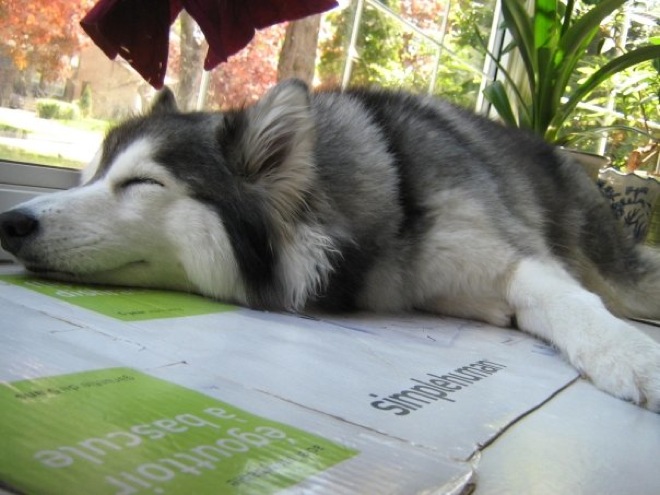 Her owners get stopped a lot on the streets just to be told how beautiful she is. 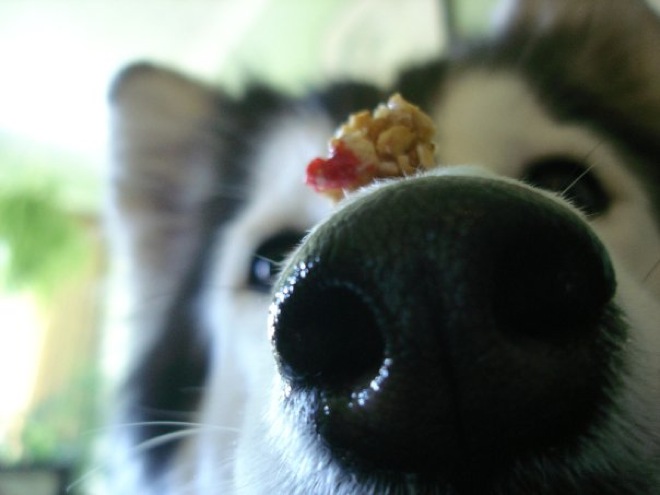