It’s fun to play pranks on people who care so much about us because most of the time they have the craziest of all reactions. Speaking of pranks, here’s one that’s really well played, and it’s by a husband who made her wife believe that his toddler had shaved his head, and was even made worse by the fact that he had to shave his head too to ease the despair of his son. With the help of Photoshop, the masterplan has been successfully carried out, and wifey’s reaction went soon above the boiling point, so scroll on and prepare for a good laugh.
The prank was originally posted by Cla55icalLiberal on Imgur.
(h/t: boredpanda)

1. The tension began rising upon the husband’s request to reschedule family pictures. 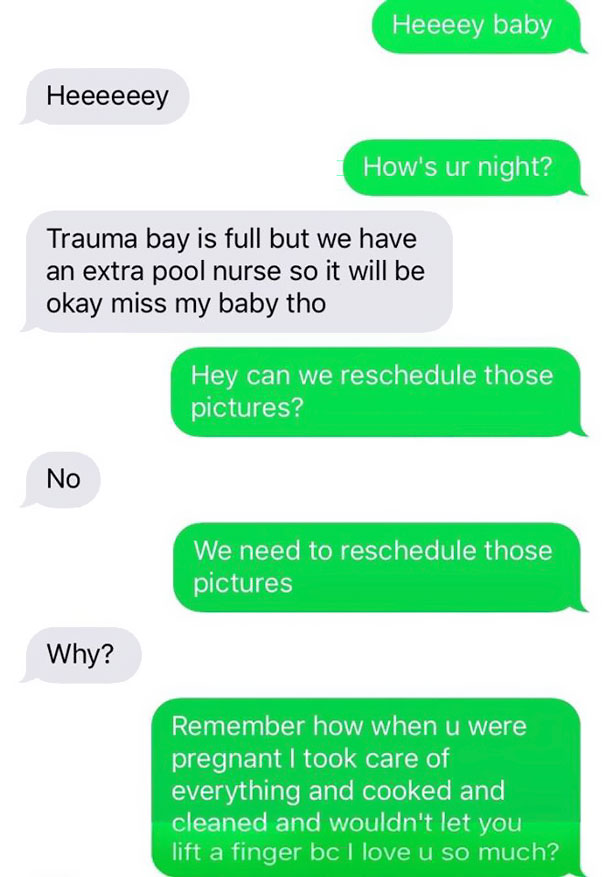 2. A photo was then sent as answer to her wife’s queries, which obviously freaked the heck out of her. 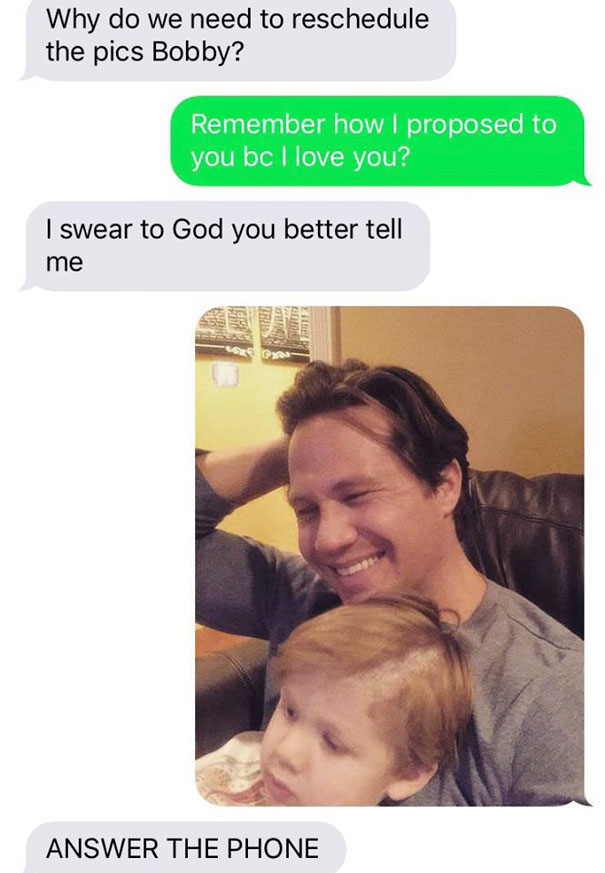 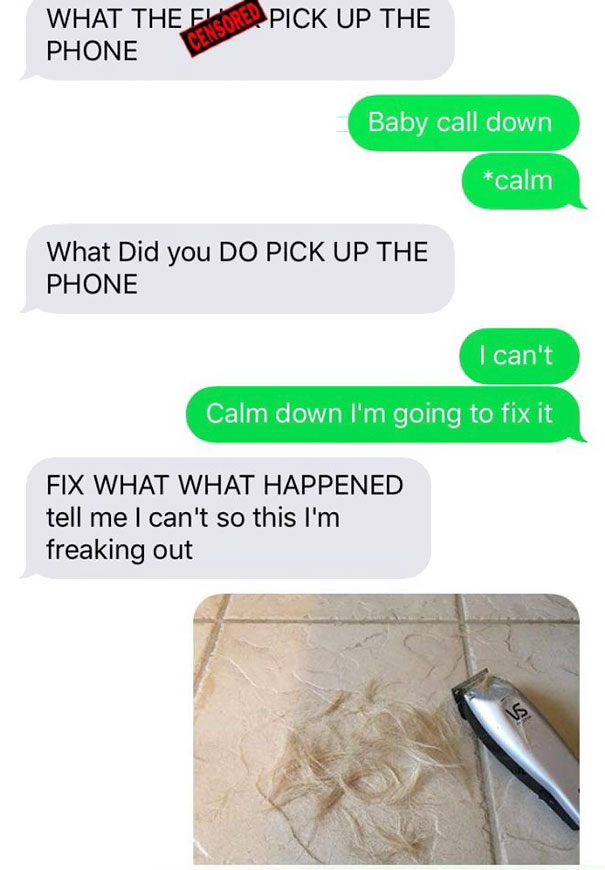 4. Husband reverses the situation and puts the blame on her wife. 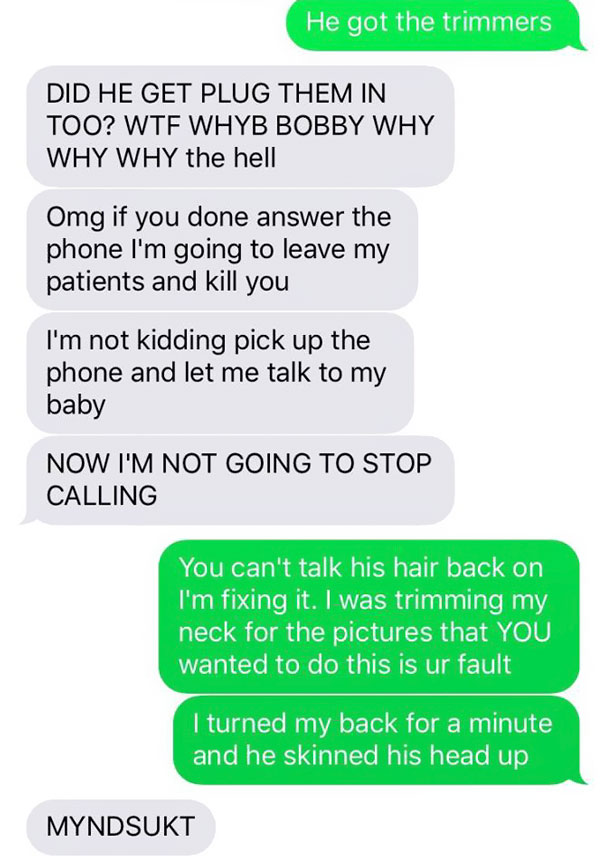 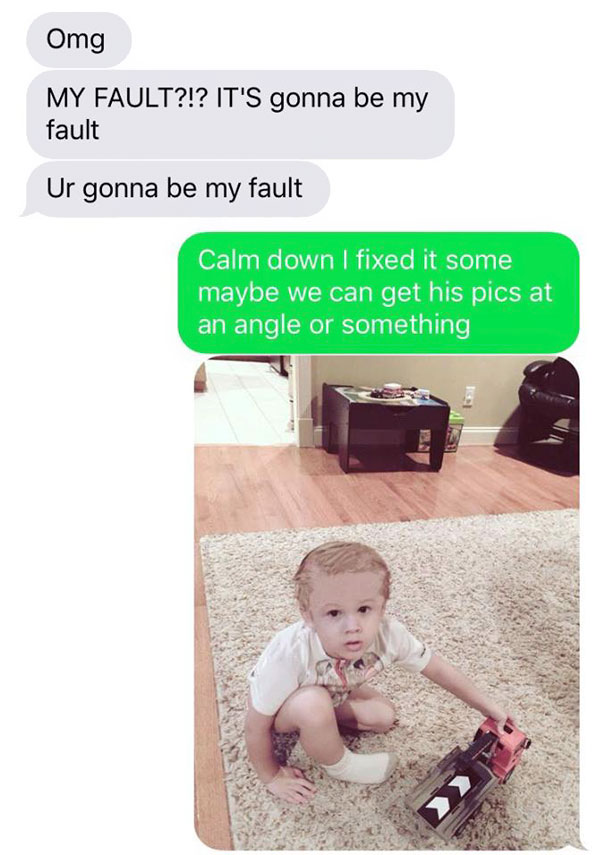 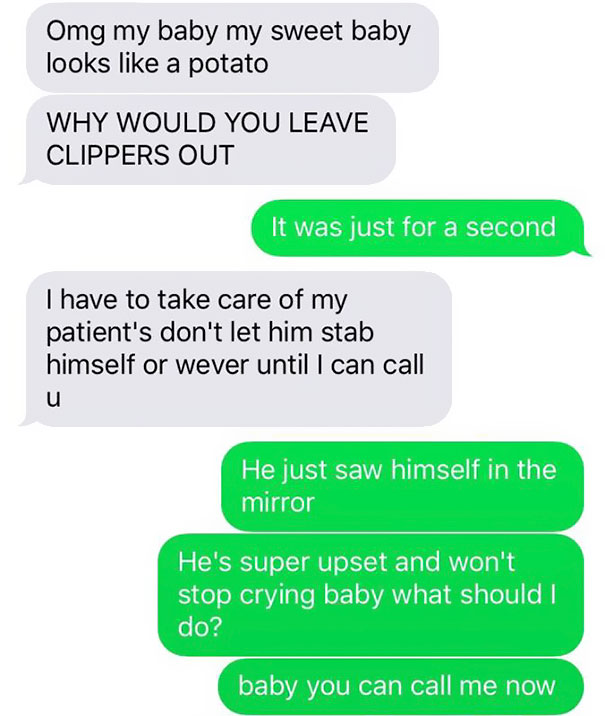 7. Husband came up with another brilliant idea. 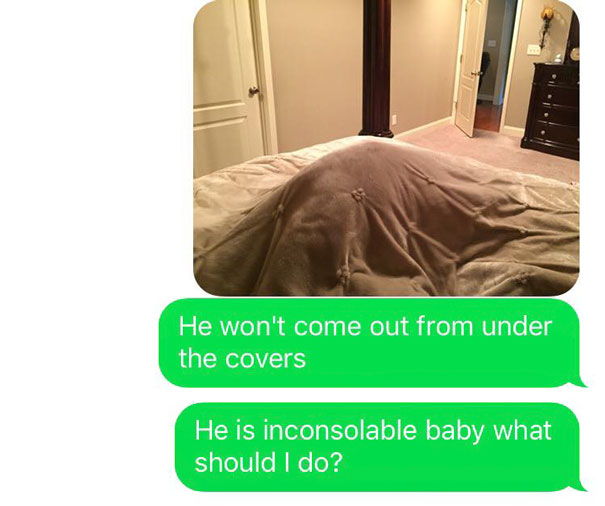