Dogs are some of the purest creatures on Earth. They can instantly make a person feel warm and loved, and given what happened in England last Christmas season, we probably don’t deserve them. A surveillance camera captured a man leaving his dog with his tiny bed on the street and driving away. What’s even more heartbreaking is the fact that the dog desperately begged his owner to take him back and not leave him there.
A kind-hearted passerby saw the abandoned dog lying on his bed, all alone on an empty street. He immediately rescued him and took him to a vet. Authorities checked the CCTV footage to find his family and return the dog, that they had just been lost. However, by watching the footage, they discovered that the poor dog had actually been abandoned by his owner.
Authorities are investigating to find the heartless persons who left the poor Staffordshire Bull Terrier all alone on the streets. The dog is currently living in a private kennel and receiving love and care from people around him, who nicknamed him Snoop. After the news of Snoop being abandoned went viral, many people contacted the kennel to adopt him, and one request even came from the rapper Snoop Dogg. However, Snoop will stay at the private kennel for the time being.
(h/t: thedodo)

In the footage, we can see that a man is holding a small bed and is taking his dog across the street. 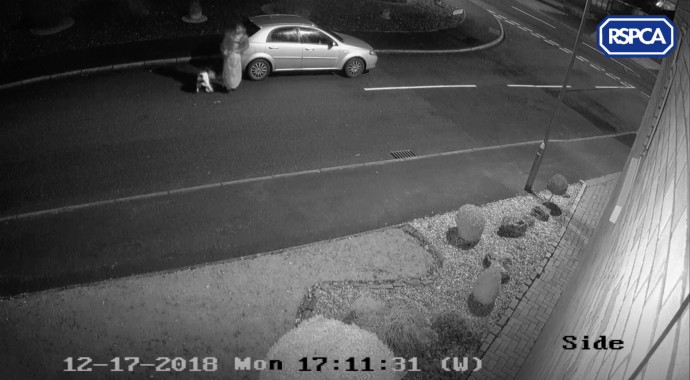 He places the dog bed on the pavement. 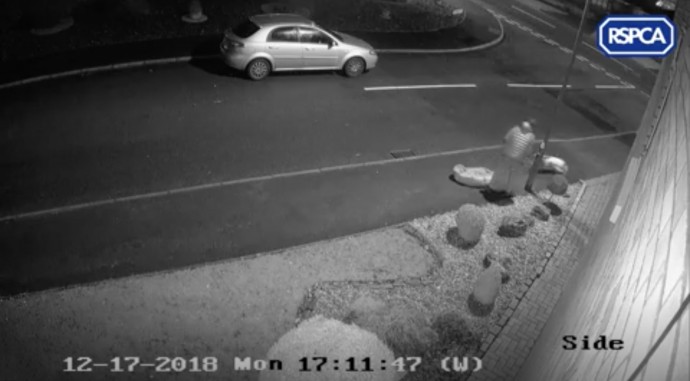 The man runs back to the car after letting the dog’s leash go. 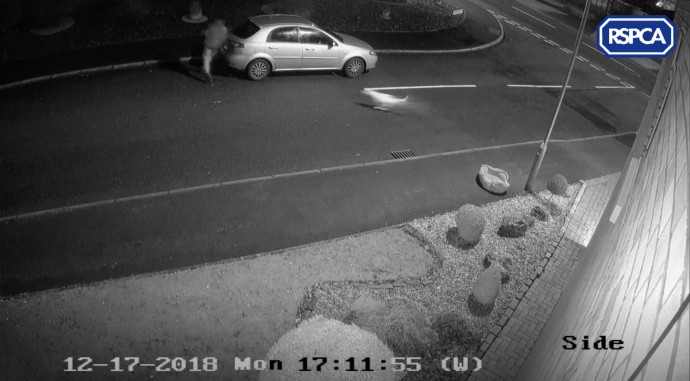 The dog is trying to reach the car window, looking for his owner. 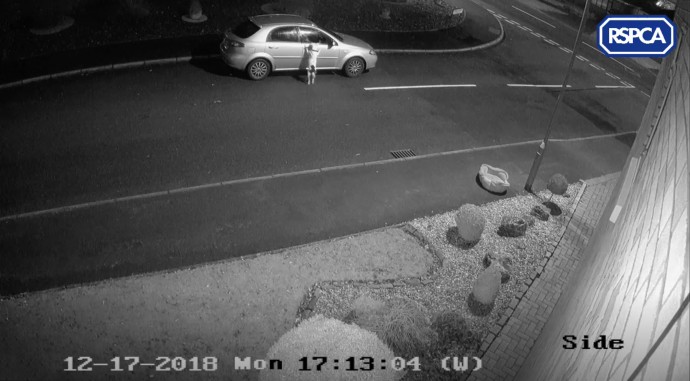 The man drives away while the poor dog runs after the car. 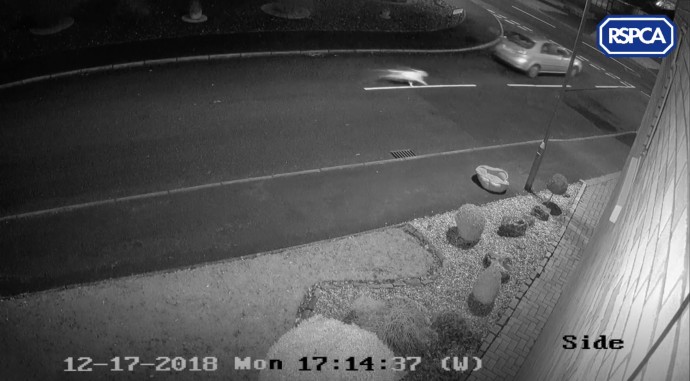 Snoop is an incredibly sweet and lovable dog, according to the people who are currently taking care of him. 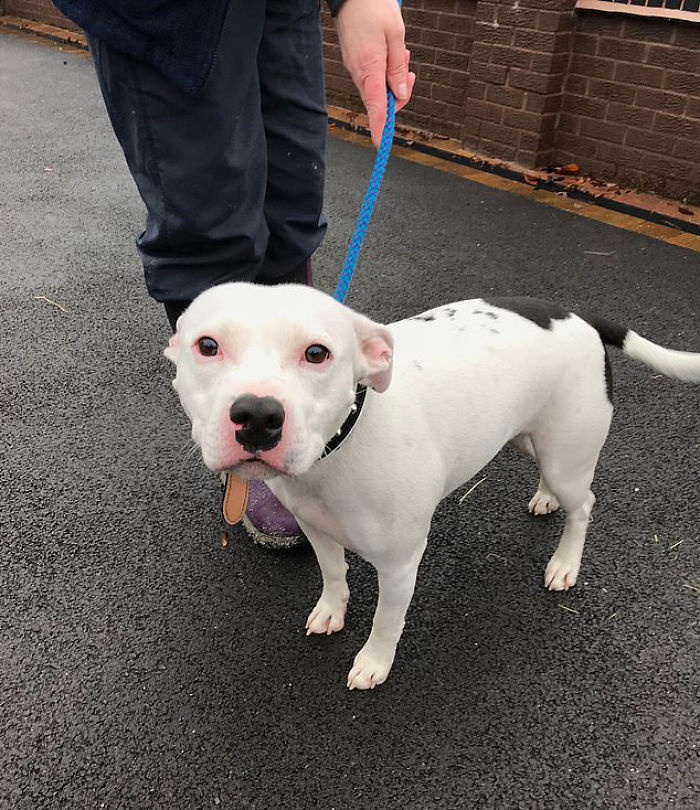 Snoop is believed to be two years old. 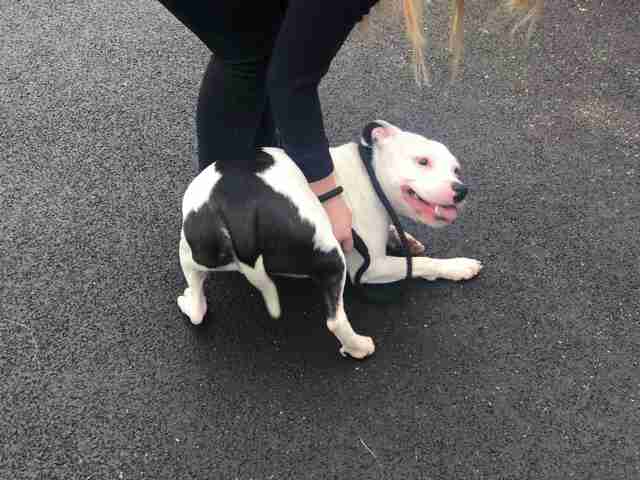 He loves being around people and likes all the attention and love he’s been getting. 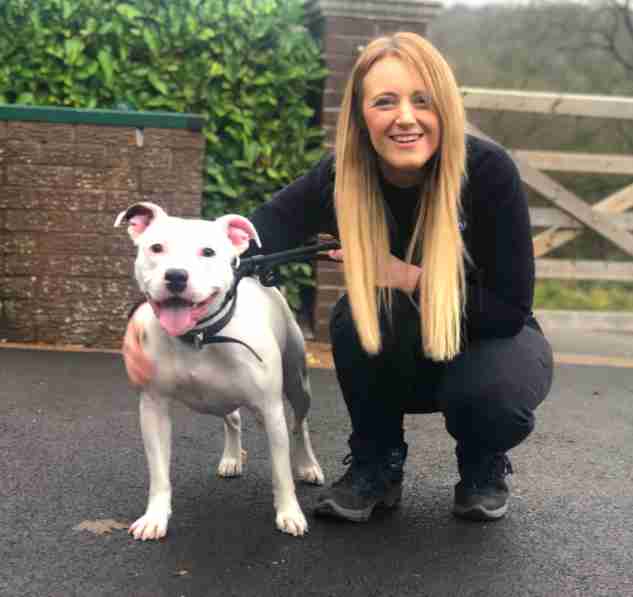 People who’ve been with Snoop can’t understand how his owners could abandon such a loving dog. 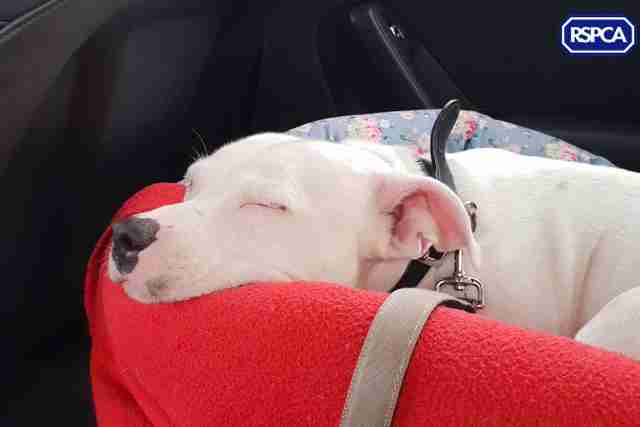 Snoop obviously looked sad and heartbroken when he was rescued, but he’s recovering quickly, and now is as playful, happy, and loving as never before. 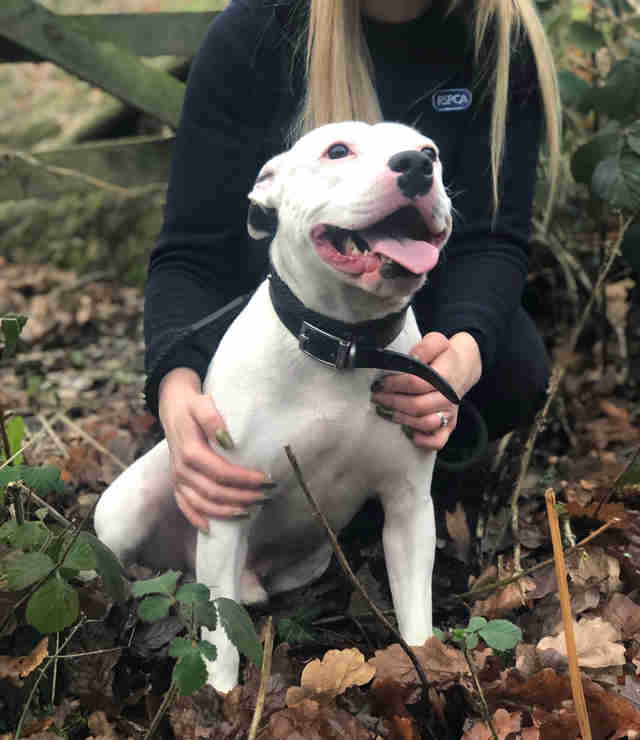